BDS is for restoring Palestinian human rights, not saving Israel

Nada Elia
We must denounce the use of BDS to save Israel. BDS is a strategy to restore the human rights of the Palestinians 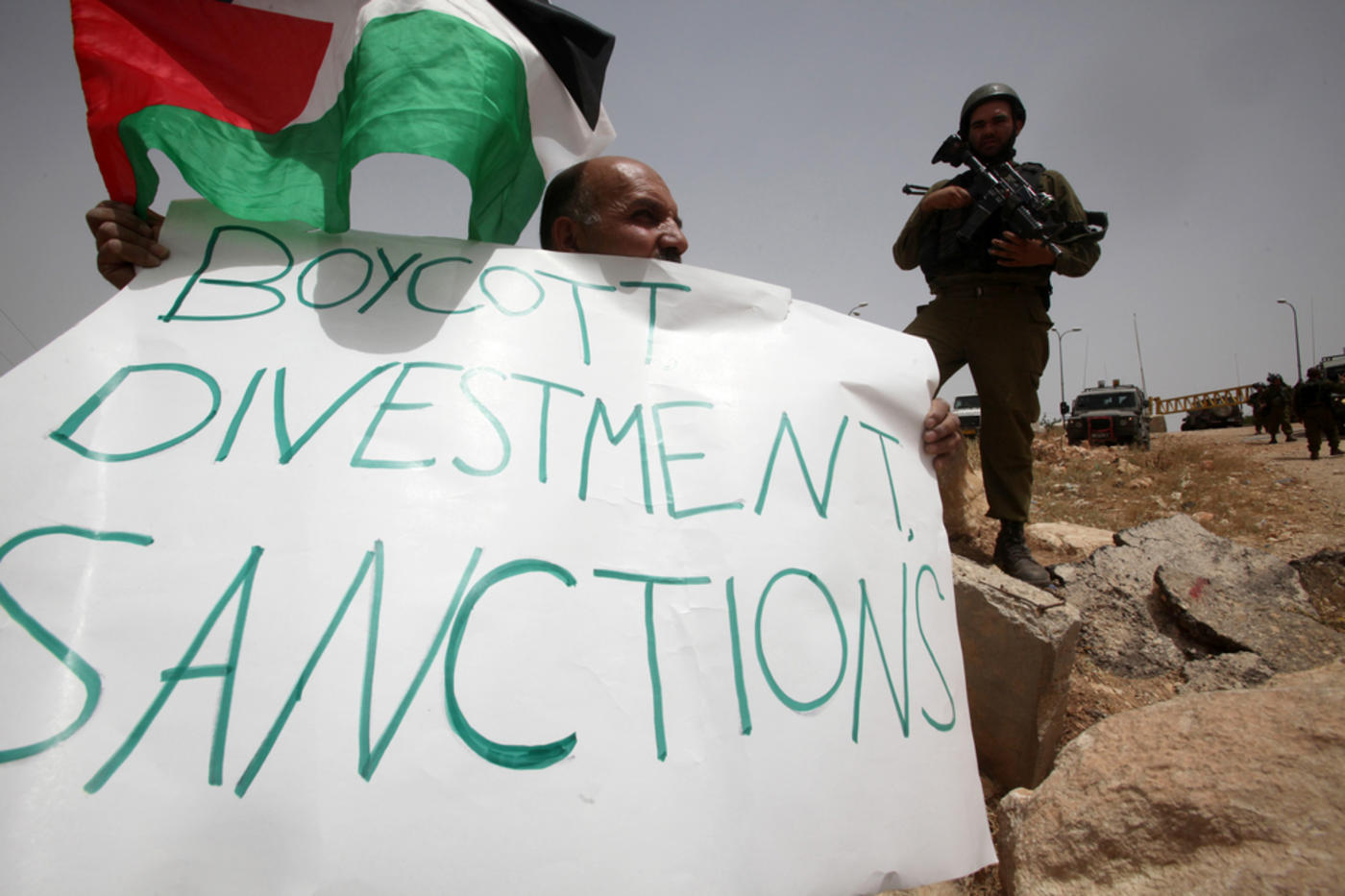 Two articles in the Washington Post went viral last week, as social media reposted and retweeted them, expressing delight at the fact that a staunchly conservative newspaper would publish not one, but two, back to back articles that were both critical of Israel. Generally, American readers expect every article that shows some sympathy for Palestinians to be followed the very next day by one (or more) that exonerates Israel of any responsibility for its killings.

Such “rebuttals” of the pro-Palestinian perspective blame the latest developments on the failure of the Palestinian Authority to properly subcontract the occupation, or they elaborate on the supposed Palestinian “culture of death”. And Hamas of course always proves a perfect boogeyman. But not this time. This time, the Washington Post published two articles critical of Israel back to back.  Commentators suggested that Israel's latest actions are so horrific that even the conservative US media was now willing to publish something about it.

What is noteworthy about the first article in the Washington Post is that it is written by two self-identified “lifelong Zionists,” Professors Steven Levitsky of Harvard University and Glen Weyl of the University of Chicago who strongly denounce the occupation and used their OpEd to announce that they will henceforth boycott Israel.

The authors write that they are deeply disturbed by the “undemocratic measures” undertaken by Israel; measures they equate with the Occupation of the West Bank - which were presumed temporary, but seem to have “become permanent”.

No concern for the oppressed

Levitsky and Weyl do not mention the 50 Palestinians killed in the past month alone, the thousands kidnapped, the Israeli terrorism unleashed onto the streets as Israeli military forces as well as individual vigilante and lynch mobs are given permission to kill first, with no questions asked later. They show little to no sympathy for the oppressed, the occupied, the unfree, those living under occupation.

Their concern is with the impact of the occupation on Israel. Thus they clarify, lest someone should doubt their loyalty to Israel:

“We recognize that some boycott advocates are driven by opposition to (and even hatred of) Israel. Our motivation is precisely the opposite: love for Israel and a desire to save it.”

BDS activists and organisers repeatedly point out that since BDS is an attempt to make Israel a more just country, it can only work for its benefit, but Levitsky and Weyl seem not to appreciate this argument. Their concern is not even “Israel first,” but “Israel only”.

Therefore they continue: “It is thus, reluctantly but resolutely, that we are refusing to travel to Israel, boycotting products produced there and calling on our universities to divest and our elected representatives to withdraw aid to Israel. Until Israel seriously engages with a peace process that either establishes a sovereign Palestinian state or grants full democratic citizenship to Palestinians living in a single state, we cannot continue to subsidize governments whose actions threaten Israel’s long-term survival.”

The next day, an Israeli writer, novelist Assaf Gavron, also penned a letter that is highly critical of Israel, and its culture of racist violence.

Unlike Levitsky and Weyl, Gavron views himself as a “traitor”. Where, one wonders, does his loyalty now lie?  Apparently, still with Israel…

“We seem to be in a fast and alarming downward swirl into a savage, unrepairable society,” Gavron writes. “There is only one way to respond to what’s happening in Israel today: we must stop the occupation. Not for peace with the Palestinians or for their sake (though they have surely suffered at our hands for too long). Not for some vision of an idyllic Middle East - those arguments will never end, because neither side will ever budge, or ever be proved wrong by anything. No, we must stop the occupation for ourselves. So that we can look ourselves in the eyes. So that we can legitimately ask for, and receive, support from the world. So that we can return to being human.”

Sadly, these two articles illustrate the very failure of Zionism to recognize the humanity and suffering of the Palestinian people. There is little difference between the “lifelong Zionists” and the self-proclaimed “Israeli traitor” who seeks to preserve Israel so they can still ask for help from the rest of the world for their beloved “undemocratic” and no longer “human” society; and the myopia of blaming Israel’s crimes on the Occupation is way past its expiration date.

Seeking to salvage “pre-67 Israel” is tantamount to Nakba denial because it conveniently disregards the amply documented fact that most Palestinians were dispossessed in 1948, and that our rights have been violated since 1948. Palestinians lived under military rule within Israel before the occupation, all displaced refugees are denied the Right of Return into pre-occupation Israel, and over 50 laws discriminate against non-Jews in pre-occupation Israel.  Pre-occupation Israel was not a democracy, and it is high time everyone stopped romanticizing it as such. Because so long as one blames “The Occupation” for the misery of the Palestinian people, one is denying the history of our dispossession.

And we absolutely must denounce the use of BDS to save Israel. BDS is a strategy to restore the human rights of the Palestinians. Yes, Israel will be redeemed through this restoration, but this should be a collateral victory because BDS is a win-win situation, while Zionism is a zero-sum ideology, as evidenced from its utter disregard, from the very creation of the state of Israel, for the Palestinian experience.

- Nada Elia serves on the steering collective of the US Campaign for the Academic and Cultural Boycott of Israel .

Photo: A Palestinian holds a placard as part of a protest during which they try to set up a tent on 8 June, 2013 near the Jewish settlement of Bat Ayin and the West Bank village of Surif, west of Hebron (AFP). 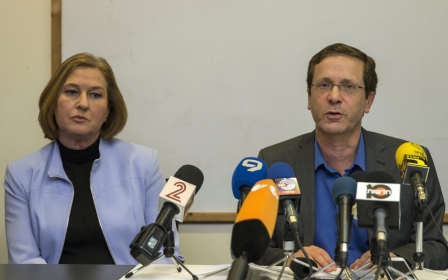 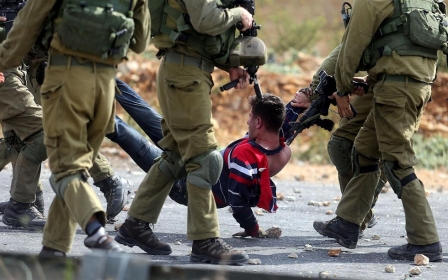