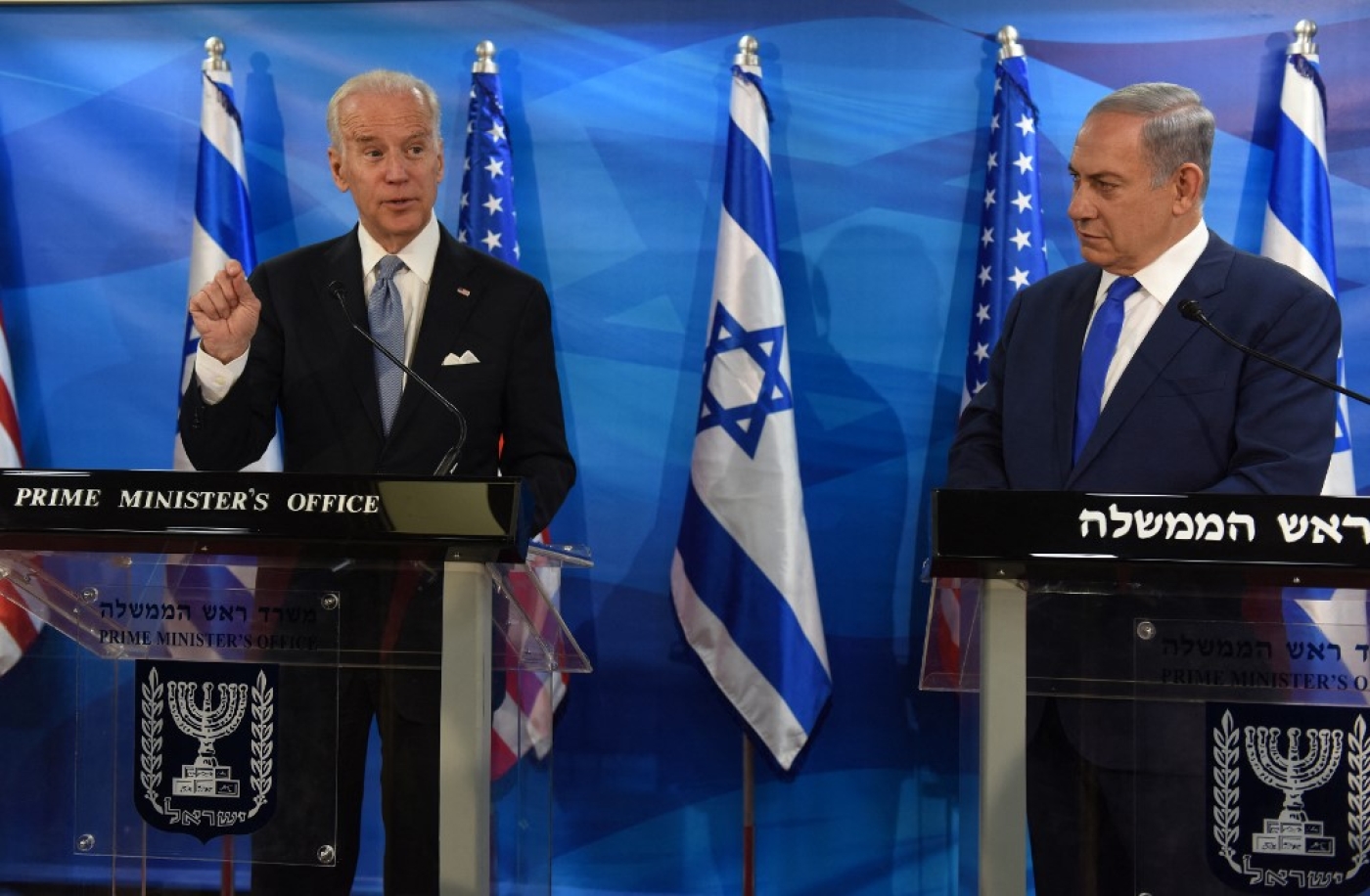 Joe Biden, then the US vice president, and Israeli Prime Minister Benjamin Netanyahu are pictured in Jerusalem in 2016 (AFP)

President Joe Biden’s announcement that the US will withdraw its troops from Afghanistan is a much-needed start to the dissolution of US militarism in the Middle East. More than 2,400 US troops and more than 100,000 Afghans, including 47,000 civilians, are estimated to have died as a result of the conflict. Ending this forever war was the right decision for all parties involved.

But US influence in the region enables, advances and causes violence far beyond Afghanistan. Ending this war must be viewed as the beginning, not the end, of a major shift in US foreign policy.

If the US truly wants to commit to being a broker of peace on a global scale, it must also end support for Israel as long as the country continues to enact a regime of apartheid over the Palestinians.

Democrats who claim to be progressives have a responsibility to stand against state violence of all forms and the US funding that supports it. Therefore, if the United States truly wants to be committed to brokering peace in the region, we must also put an end to our support for Israel as long as they continue to oppress Palestinians as an apartheid state.

Recently, Israeli police raided al-Aqsa Mosque using tear gas and rubber bullets to injure over 300 people, many of whom were taken to the hospital in critical conditions. As a Black American, the history of my people in the United States is riddled with instances of violence inflicted on places of worship. These attacks are now widely condemned, especially by elected officials. We should maintain these same standards of safety for places of worship in Israel/Palestine and across the globe.

Last year alone, the Israeli government demolished 848 Palestinian residential and livelihood structures, displacing around 1,000 people; killed at least 133 Palestinians, including 28 children, and continued its 13-year illegal blockade of the Gaza Strip. Yet, despite such deplorable and overt violence, the US continues to support Israel.

The US gives Israel $3.8bn annually, mostly for security and military purposes, without conditioning that aid on a commitment that the Israeli government end its vast, long-lasting and well-documented human rights abuses against Palestinians. Not only is this aid an endorsement of state-sanctioned violations of human rights; it’s also troubling coming from a country that cannot even figure out how to fund healthcare for its own citizens.

In addition to discontinuing aid until Israel ends its practice of state violence against Palestinians - as proposed in a recent bill put forward by Representative Betty McCollum - a full commitment to regional peace would also require the US to reverse many of the choices it previously made towards legitimising Israel’s oppressive actions. 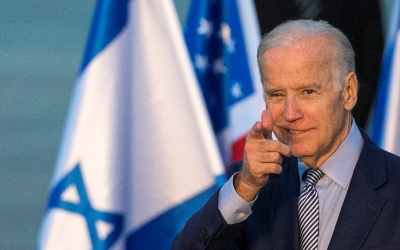 The US cannot keep its embassy in Jerusalem, a disastrous decision by the Trump administration that legitimised Israeli claims to the disputed territory.

The US could learn a great deal from reviewing its past dealings with another apartheid state. In 1986, the US Congress enacted the Comprehensive Anti-Apartheid Act, which imposed sanctions on South Africa and created five preconditions for lifting the sanctions that would have led to the end of apartheid in the country. South Africa’s apartheid system formally ended in 1994.

By taking similar actions against the state of Israel, the US could cement its position as a major influencer in the region. It would show that Washington has made the leap from a preoccupation with military achievements, to a real devotion to championing human rights around the globe.

Imani R Oakley
Imani R Oakley is an attorney and leading voice for people of colour, women, and the working class in New Jersey. A progressive political organiser and New Jersey native, she has worked to influence policy throughout the state and has been a public servant on the federal, state, and grassroots levels. 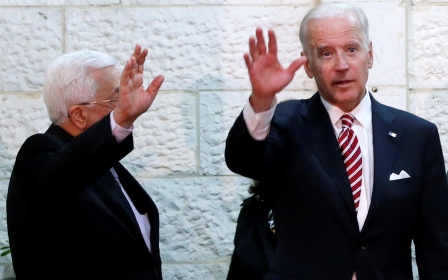