Bolivia: A coup for Israel too Shortly after left-wing Bolivian President Evo Morales was ousted in a US-supported coup in November - disguised as a noble reaction to alleged electoral fraud - the self-appointed, fanatically right-wing Bolivian “interim” government announced the renewal of diplomatic relations with Israel.

These had been severed by Morales in 2009 during Israel’s Operation Cast Lead in the Gaza Strip, which killed some 1,400 Palestinians, including more than 300 children. Though Israel naturally cast itself as the singular victim of the affair, the ratio of Palestinian civilian to Israeli civilian deaths was 400:1.

During a subsequent Israeli-inflicted bloodbath in Gaza in 2014, this one by the name of Operation Protective Edge and entailing the slaughter of 2,251 Palestinians (including 299 women and 551 children), Morales denounced Israel as a “terrorist state” - a perfectly accurate assessment, given the circumstances and Israel’s track record.

So it’s no surprise that Israel was quick to embrace rapprochement with the newly cleansed government of Bolivia after the November coup, with Israel’s Ynet news site reporting that “the resumption of relations between Bolivia and Israel was made possible by the end of the reign of former hostile President Abu Morales”. (It is not clear whether the Evo-to-Abu modification was a bizarre mistake or a deliberate attempt by some sneaky Ynet person to Arabise the “hostile” leader’s name.)

As for Israel's alleged experience in 'dealing with terrorists', who better than a terrorist state to offer counter-terror training?

Additional bonding opportunities rapidly materialised, as Bolivia went about requesting assistance from Israel in training police units for counterterrorism operations. On 6 December, Bolivian interim interior minister, Arturo Murillo, told Reuters: “We’ve invited them to help us. They’re used to dealing with terrorists. They know how to handle them. The only thing we want is to bring peace.”

The “terrorists” supposedly wreaking havoc in Bolivia are, according to the Reuters report, “radical leftists allegedly linked to [Venezuelan President Nicolas] Maduro and drug-traffickers whom the [Bolivian interim] government say had instigated deadly unrest in the country”. In other words, the usual mishmash of hemispheric bogeymen trotted out to justify whatever right-wing undertaking is in need of justification - and never mind that the Bolivian military and police have been the ones perpetrating massacres.

As for Israel’s alleged experience in “dealing with terrorists”, who better than a terrorist state to offer counter-terror training? To be sure, Israel’s seven-plus decades of ethnic cleansing of Palestinians and thwarting peace at every turn make it a strong candidate for assistant Bolivian peace-bringer.

But it’s precisely Israel’s extensive experience in brutal - and frequently lethal - repression that make its tactics so marketable to right-wing regimes worldwide. In Latin America in particular, Israel has been complicit in everything from arming and training death squads in Guatemala and El Salvador, to fuelling the murderous behaviour of notorious former Chilean dictator Augusto Pinochet, to fuelling the murderous behaviour of the contemporary Chilean regime.

Is it pure coincidence, one wonders, that both Israeli and Chilean security forces have recently exhibited a penchant for aiming for the eyes?

Meanwhile, right-wing forces in Bolivia appear to see eye to eye with Israel on the preeminent importance of suppressing indigenous rights and erasing indigenous identity. As Israel continues its efforts to eliminate the concept of Palestinian-ness - often physically eliminating Palestinians in the process - the Bolivian right now salivates at the prospect of reversing the indigenous empowerment that took place under Morales, the nation’s first and only indigenous president.

By late November, some 33 coup opponents had been killed - the vast majority of them indigenous - and hundreds of others wounded in encounters with Bolivian security forces, as underscored by Bolivia-based journalist Jacquelyn Kovarik in an interview with The Real News Network.

After Morales’ overthrow, Kovarik said, “people - especially in the military - started burning the Wiphala, the rainbow-coloured flag that represents all indigenous people and Afro-Bolivians as well, and again is a flag that represents the Native Pueblos not only in Bolivia, but in all of the Andes”.

But, you know, the upheaval was all the fault of those Venezuelan-backed radical leftist drug trafficker-terrorists. Latin America and Palestine have shared interests, so let’s build on them
Read More »

Predictably, the Bolivian interim government’s announcement of the impending renewal of diplomatic ties with Israel was met with high praise from the Trump administration, while the infamous right-wing news site Breitbart applauded interim president Jeanine Anez’s use of “her time in office to rehabilitate much of the country’s government in the aftermath of nearly a decade and a half of socialist rule; re-establishing diplomatic relations with Israel was an item close to the top of the list of reforms she sought.”

After all, what could be more helpful to the average Bolivian struggling to survive than a diplomatic alliance with a genocidal entity on the other side of the planet?

For his part, Israeli Foreign Minister Israel Katz was quoted in the Times of Israel lauding the rapprochement as “contribut[ing] to Israel’s foreign relations and to its international status”.

And as the right wing seeks to reconquer Bolivia - dismantling solidarity with Palestine and whitewashing Israeli brutality in the process - there’s no doubt that the coup against Morales has been a coup for Israel, too. 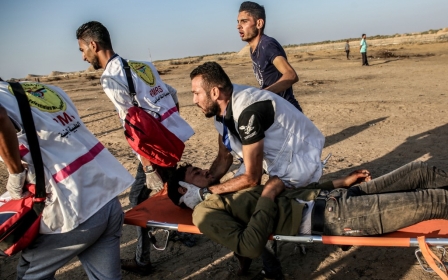 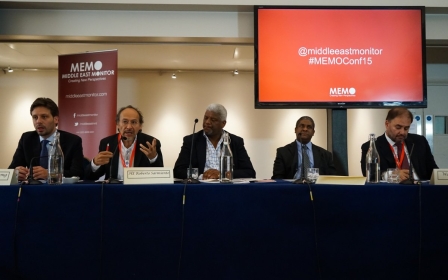