As cold war with Russia escalates, Turkey tilts to Baku 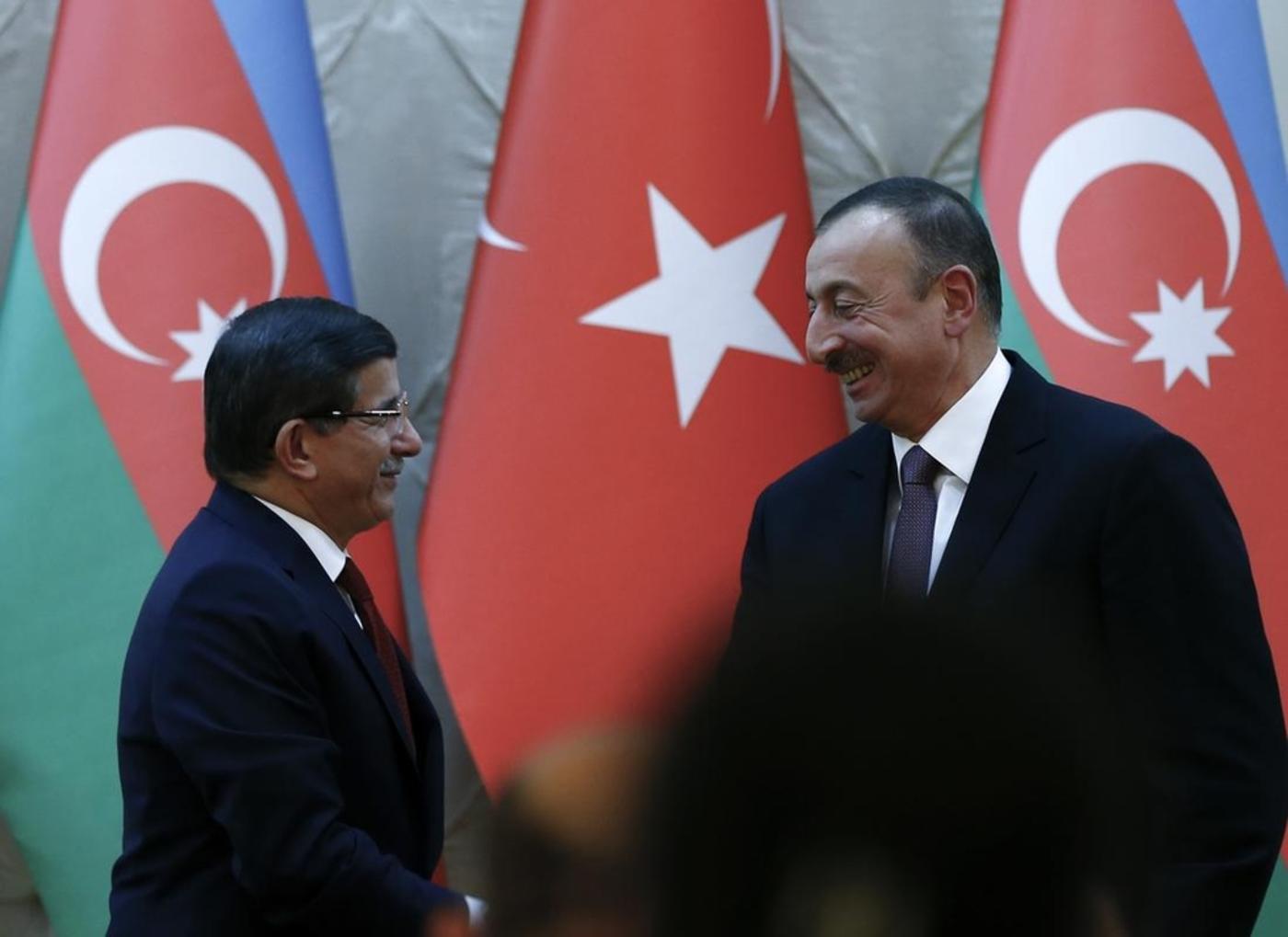 The two-day official visit by Turkey’s prime minister, Ahmet Davutoglu, on Thursday and Friday may mark the beginnings of a major shift in Turkey’s energy policies.

The Baku visit was the first official trip by Turkey’s newly elected government. But, apparently arranged at short notice, it looks much more important than that, seemingly a clear attempt to map out new directions in Turkish foreign and energy policy, if - as is beginning to look increasingly likely - there is no swift rapprochement between Moscow and Ankara.

Russia and Turkey have been at loggerheads since Turkey shot down a Russia Su-24 jet on its border with Syria on 24 November, accusing it of infringing Turkish airspace.

Since then the confrontation between Russia and Turkey has grown steadily more serious and it now looks as if both sides will find it very difficult to back down. Turkey has refused to offer an apology to Russia for its actions.

Russia has accused Turkish President Recep Tayyip Erdoğan and his family of involvement with ISIS and alleged that this extends to trade in oil smuggled by IS. What originally looked like a temporary storm now threatens to become a long-term dispute. Turkey is heavily dependent on supplies of Russia energy, particularly natural gas, with more than half its gas coming from Russia.

Azerbaijan, a country that speaks a language very closely related to Istanbul Turkish and which claims that it and Turkey are “one nation but two states” is an obvious source of energy to turn to. Azerbaijan has an energy-based economy and already supplies Turkey with oil through the 1770-km Baku-Ceyhan crude oil pipeline opened in 2006. It has a capacity of a million barrels a day from Azerbaijani oil fields in the Caspian Sea.

The two countries also plan to build a Trans-Anatolian Pipeline (TANAP), though uncertainties have surrounded this project for several years. On Thursday, Davutoglu and President Ilham Aliyev of Azerbaijan announced that work on the project (not due to be completed before 2018) will now be speeded up. This will be very welcome news for Azerbaijan, which is hemmed in by potentially unfriendly neighbours and is always eager to find new routes for its energy exports.

There are no prizes for guessing why TANAP is being speeded up. After its falling out with Russia, Turkey is inviting Azerbaijan to become a major energy partner and take on some of the energy supplies which have previously come from Russia. For the AKP government this is a considerable policy shift and it has come early.

As yet, there have been no suggestions by Russia about cutting off energy supplies to Turkey. Some sources close to the AKP argue that it cannot do so but admit that Turkey should look for “alternatives” and speed up the construction of new LNG terminals and storage stations for planned imports of gas from Qatar.

Nevertheless President Putin has twice repeated that Turkey “will pay for its mistake” over the downed jet and there have been moves to discourage Russian tourists from visiting Turkey and against Turkish fruit and vegetables. Putin also indicated that things may not stop there. “But if anyone thinks that having committed this awful war crime, the murder of our people, that they are going to get away with some measures concerning their tomatoes or some limits on construction and other sectors, they are sorely mistaken."

So Turkey’s decision to look to Azerbaijan and elsewhere for energy supplies seems prudent. Though the two countries are culturally and historically close, they are less so today than in the immediate post-communist period. The last decade saw Turkish-Azerbaijani relations become somewhat more distant than they were before 2000. This was possibly because the Azerbaijanis are Shia Muslims and highly secular, while Turkey is predominantly Sunni, but it was also perhaps because Turkey did not wish to offend Russia by over-stressing its links with Baku.

Now that has changed and in a lucidly and carefully prepared speech at the Azerbaijani diplomatic academy on Friday, Davutoglu made it clear that solidarity with Azerbaijan has become a major plank of Turkish foreign policy.

“When Turkey is rising, Azerbaijan too rises. Even if we are distinct as countries, we are always together and we implement our plans together,” he said and suggested that the consequences of cooperation might be far-reaching. “A new silk road will be created,” the prime minister said. He also emphasised that Turkey continues to give full support to Azerbaijan over the occupation of 20 percent of its territory by Armenia. “Every inch of Azerbaijan is sacred and these territories definitely must be freed from occupation.” Just how their “liberation” might be achieved is uncertain.

By the same token, Turkey’s sovereignty is inviolable too, and though Davutoglu stressed in his Baku speech that Turkey bears no grudge against the people of Russia, but that it will not “bow” to foreign pressures and that therefore it will not apologise for defending its own frontiers.

His tone was measured and cool and he clearly did not want to inflame the situation further. But his message was clear. There is no backing down. Nonetheless if the shifts in energy policy happen - and they probably will take years rather than months to implement - Turkey will be making the breach with Russia much less easy to reverse. It looks as if the era of a close energy partnership with Moscow, something which stretched back to the 1970s in Turkey, may be ending, perhaps largely as a result of the personal animus between Presidents Putin and Erdoğan.

Though Azerbaijan is always enthusiastic about closer links with Turkey, a rapprochement with that country could lead to new tensions in the Caucasus and the “frozen conflict” between Azerbaijan and Armenia and perhaps a more uneasy relationship with Russia.

So it may be that as far as shifting Turkey’s energy resources away from Russia is concerned, Turkey and Azerbaijan are as yet only making warning noises for consumption in Moscow, rather than announcing firm plans. Nonetheless the outlines of an alternative Turkish policy in the region and over energy are becoming clear. As yet neither Russia nor Turkey seems in any mood to turn back. 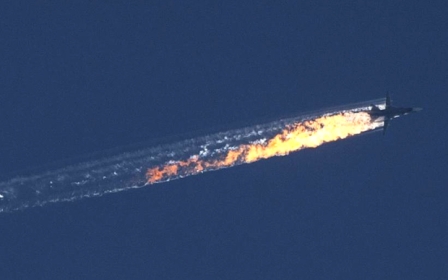 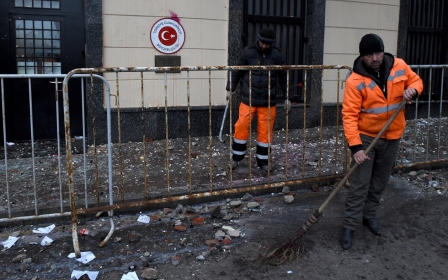 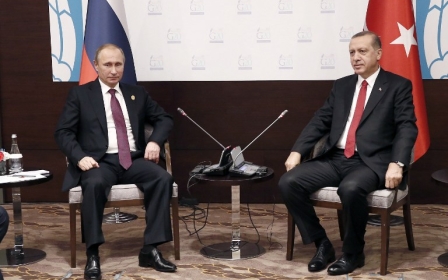