Corbyn and anti-Semitism claims: The real reason behind attack on Labour leader 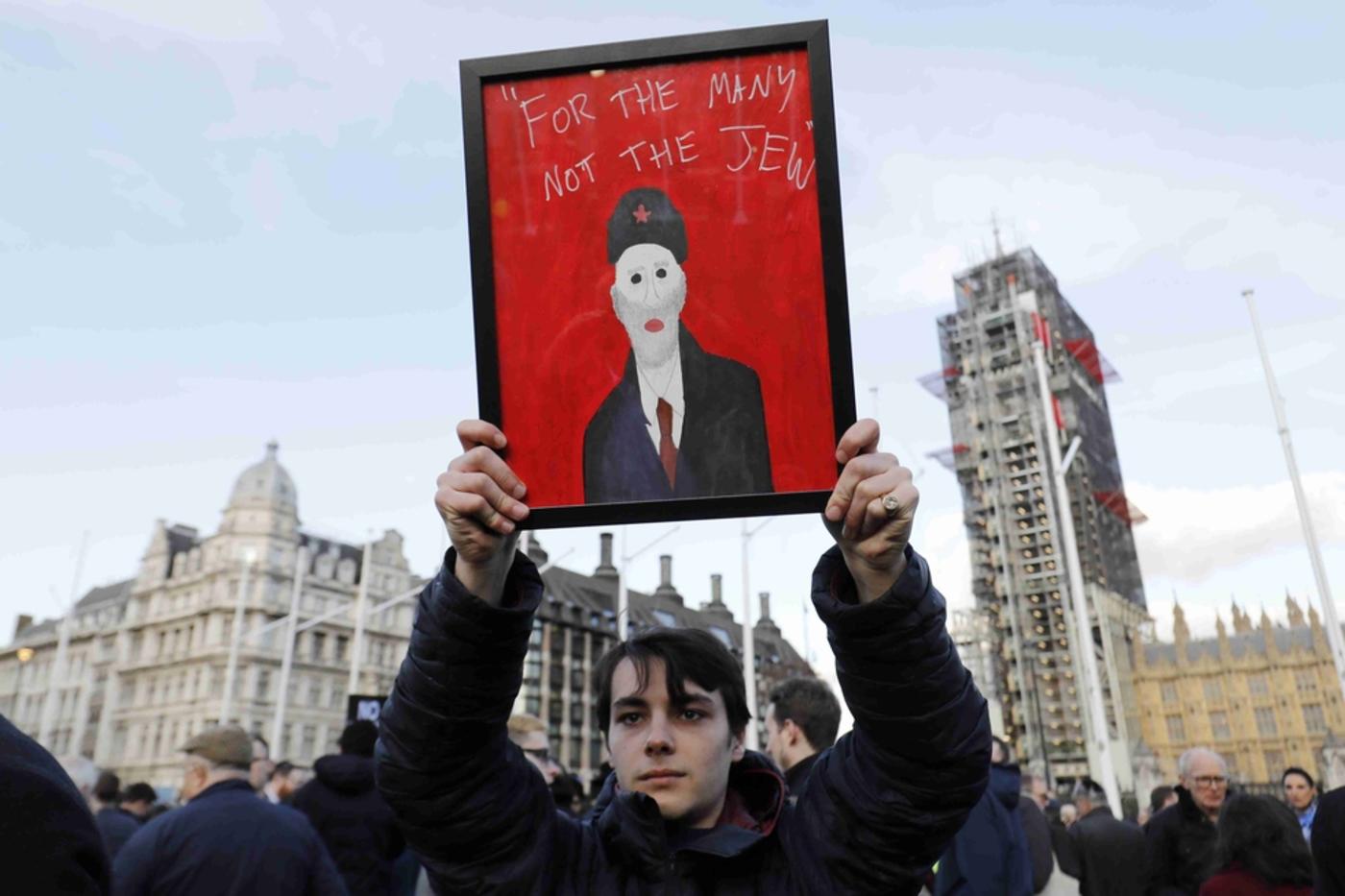 The British media has been dominated of late by talk of “Labour’s anti-Semitism scandal”. Two self-appointed right-wing Jewish organisations, the Board of Deputies and the Jewish Leadership Council, organised a demonstration outside parliament, attended by right-wing individuals such as Norman Tebbit and Ian Paisley Jr, who have no record of fighting anti-Semitism and racism in general.

The demonstration was ostensibly against the anti-Semitism of the Labour Party, but in reality it was an attempt to vilify Corbyn with charges of anti-Semitism. A counter demonstration of Corbyn-supporting Jewish Labour Party members was organised by Jewish Voices for Labour and the Jewish Socialist Group. Its participants were goaded by people attending the Board of Deputies demonstration and called "kapos" (Jews who collaborated with the Nazis), according to some reports.

Board of Deputies president Jonathan Arkush was given a lengthy interview on BBC TV news, where he talked at length about “Labour’s anti-Semitism problem” and issued instructions to Corbyn about what he had to do as a precondition of being granted a meeting with the board. Those included the expulsion of long-standing Corbyn ally and former mayor of London Ken Livingstone and former Momentum vice-chair Jackie Walker; accepting a definition of anti-Semitism which effectively outlaws criticism of the Israeli government's conduct; and giving the board a role in Labour’s disciplinary process.

The Board of Deputies is hardly a neutral party. It never has a bad word to say about the UK's governing Conservative Party. And Arkush was among the first to congratulate Donald Trump on his election.

The proof offered for Corbyn’s anti-Semitism was a comment he made on Facebook six years ago when he opposed the removal of a piece of street art. Corbyn later said that he should have examined the artwork more closely, seen that it was anti-Semitic and not made the comment. This is the entire basis of the current media furore around Labour’s supposed anti-Semitism. The rage of the right wing about this supposed anti-Semitism contrasts with its silence regarding the massacre of 17 unarmed Palestinian demonstrators by Israeli soldiers on Good Friday.

The picture painted by the media of the Labour Party as a cesspit of anti-Semitism contrasts with the experience I and other Jewish members of the Labour Party have had. I have been a member of the Labour party for two years and have attended more meetings than I can recall. I have met members from various political backgrounds. But one thing everyone agrees with is our absolute opposition to anti-Semitism and all forms of racism. The secretary of my constituency is Jewish, as are four of the candidates for the upcoming council elections.

So why are these allegations being raised?

Al Jazeera broadcast a documentary about the pro-Israel lobby in January 2017. The network had made covert recordings to show the activities of elements of the Israeli embassy in London plotting to “take out” politicians considered pro-Palestinian. They had transferred their staffer Ella Rose to run the then-moribund Jewish Labour Movement, and were effectively running Labour Friends of Israel.

The Israeli foreign ministry had previously warned its diplomats that “operating” British Jewish organisations from Jerusalem could be unlawful and counterproductive.

While a growing section of Anglo Jewry is increasingly critical of the racist policies of the right-wing Israeli coalition, the establishment Board of Deputies and Jewish Leadership Council are prepared to do the bidding of the embassy.

The Jewish community makes up 0.4 percent of the population of the UK. So why have these accusations of anti-Semitism dominated major news channels?

The answer can be seen by examining the participants of the Enough Is Enough demonstration. These included Norman Tebbit, the anti-abortion DUP, and Blairite Labour MPs such as Stella Creasy and Chuka Umunna. These individuals have jumped at every opportunity to attack Corbyn, whether on Brexit, Russia and now anti-Semitism.

Similarly, the billionaire press and the establishment BBC now dedicate acres of newsprint to the spurious anti-Semitism charges.

The problem that the Tories have today is that their policies of austerity and privatisation are very unpopular, and Corbyn’s policies – including the renationalisation of profiteering utilities, the abolition of tuition fees and a rise in the minimum wage - have massive support, even among Tory voters.

So rather than fight the 3 May local elections on their record and programme, they prefer to engage in vilification and mud-slinging in the hope that some of it will stick.

Rather than fight the 3 May local elections on their record and programme, the Tories prefer to engage in vilification and mud-slinging in the hope that some of it will stick

The right-wing Blairites of the Labour Party have never been reconciled to Corbyn’s leadership of the Labour Party. Despite only having a tiny amount of support among the membership, they still dominate Labour’s faction in parliament, and have time and again attempted to depose him.

For them the anti-Semitism allegations are another opportunity to attempt to overthrow Corbyn or at least undermine him. The fact that this comes one month before the local elections does not worry them unduly.

A good election result has been predicted, with Labour winning key Tory seats in London. This would strengthen Corbyn and further undermine the Tory-DUP coalition. So the Blairites would rather have a poor Labour result that weakens Corbyn.

Unfortunately, Corbyn has failed to act against the Blairites in Parliament and has tried to appease them with concessions in the hope that he can win them over. Their conduct during the anti-Semitism crisis shows that their differences with Corbyn and the Labour Party membership are irreconcilable.

Leaving them in their positions gives them new opportunities to attack Corbyn. He needs to expel those who deliberately undermine the party from the parliamentary faction, and restore mandatory reselection: the democratic right of Labour Party members to choose, and if necessary replace, their MPs.

- Amnon Cohen was born in Israel, where he was active in socialist organisations. He moved to London in 2005 and is now a member of the Labour Party there.

Photo: Members of the Jewish community hold a protest against Britain's opposition Labour party leader Jeremy Corbyn outside the Houses of Parliament in central London on 26 March 2018 (AFP)