Coronavirus, US attacks and low oil prices: Can Iraq cope?

Ibrahim al-Marashi
Between US air strikes and COVID-19, Iraq faces its greatest governance challenge since the Islamic State invasion of 2014 A worker in a protective suit sprays disinfectants near Imam Abbas shrine as a precaution against the coronavirus, following the outbreak, in the holy city of Karbala, Iraq on 15 March (Reuters)

The latest US strikes on Iraqi militia targets have complicated matters for Baghdad as it tries to manage three interrelated challenges: coronavirus, the resulting drop in oil prices and religious tourism, and a protest movement.

If the crisis between US and Iranian-affiliated militias deepens, Iraq faces certain disaster.

The year 2020 began with concerns over "World War III" breaking out, after the Trump administration assassinated Iranian general Qassem Soleimani. Those fears have now been eclipsed by the coronavirus pandemic. Both these existential risks have played out on Iraqi territory.

Headlines referring to the nation often declare it is between “Iraq and a hard place”. Yet the latest US air strikes against Iraqi militia targets last week, and the following retaliatory rocket attacks on Saturday, combined with Iraq’s first 10 fatalities from coronavirus (also known as COVID-19) are an outcome of Iraq being a neighbour to Iran, indeed finding itself in a hard place.

International political dynamics beyond the control of the Iraqi state are convulsing the nation. Pilgrims brought COVID-19 from Iran into Iraq, embedding it into a global environmental crisis caused by a biological pathogen that does not recognise borders or the sovereignty of nations.

The decrease in Chinese demand for oil led to a Saudi-Russian disagreement over the price of oil, causing it to plummet, hurting Iraq’s petroleum revenues. Those revenues - on which Iraqi is dependent - are ultimately needed to mitigate its domestic challenges, with a caretaker government that has failed to choose a new prime minister or meet the demands of a six-month-old protest movement.

What has emerged is a perfect storm of crises that the Iraqi state does not have the capacity to deal with, neither in terms of executive leadership nor in public health infrastructure.

The US attacked weapons storage facilities of the Iraqi militia Kataeb Hezbollah after it allegedly fired a barrage of 30 Katyusha rockets at the al-Taji base north of Baghdad, killing two American soldiers and one UK medic last week. The same base was attacked by rockets this Saturday.

The Trump administration is essentially combatting two foes in Iraq: the Shia militias, a quasi-state actor; and IS, a non-state actor

Iraq’s Joint Operations Command criticised the US air strikes as a violation of national sovereignty and condemned the death of three Iraqi army commandos who were killed during the raid.

This condemnation comes at a time when the US had a few days earlier lost two US Special Operations soldiers combatting Islamic State (IS) in the north of Iraq, a campaign that is contingent on cooperation with the Iraqi military.

American losses during the battle to expel IS remnants ensconced in the cave complexes of Makhmur, southwest of Erbil, demonstrate how the Trump administration is essentially combatting two foes in Iraq: the Shia militias, a quasi-state actor; and IS, a non-state actor. Using military force against the former jeopardises the fight against the latter.

The US military is waging that campaign alongside Iraqi counterterrorism forces as IS reconstitutes its forces. While the recent US strikes would only bolster parliamentary parties calling for the expulsion of the approximately 5,200 forces from the country, leaders like Muqtada al-Sadr have pragmatically called for restraint in face of "massive disasters", such as the coronavirus pandemic.

Nonetheless, Sadr's message went unheeded as al-Taji was attacked again. The Iraqi military, which condemned the first attack by Iraqi militias, declared that the latest attack must not be used by the US as a pretext for any action without the Iraqi state's approval.

The coronavirus has hit Iraq’s economy and placed stress on an already stressed medical infrastructure. Iraq’s public health sector has been undermined by the sanctions that began after 1991 and the effects of depleted uranium from the wars in 1991 and 2003.

The collapse of the state in 2003 exacerbated the decline of the health sector, already eviscerated by the UN-imposed sanctions. Afterwards, Iraq suffered for years from the flight of its educated professional middle class, especially doctors, who went mostly to Europe or the US.

The brain drain had dire ramifications, with the Iraqi Red Crescent estimating that about 50 percent of Iraq’s doctors and 70 percent of medical specialists left in the exodus. Hospitals and clinics had been degraded by war, insurgency and violence.

As of now the Iraqi Red Crescent is working with the World Health Organisation to mitigate the spread of the virus, including providing Iraq's health ministry with virus detection kits.

The Iraqi government closed the border to Iranian nationals and suspended flights to Iran following the introduction of the virus to Iraq from the Islamic Republic, losing revenue from the millions of Iranians who come to Iraq to visit the Shia shrine cities there. Besides pilgrims, Iraq imports billions of dollars of goods from Iran, including basic foodstuffs.

To compound matters, Iran's health sector is relatively more developed than Iraq’s, which normally attracts Iraqis to seek treatment in the Islamic Republic. This will no longer be an option, as Iranian hospitals are overwhelmed and borders are closed.

The Iraqi state faces an economic crisis, with a drop in revenues from oil and religious tourism, at a time when it only has a caretaker government under Prime Minister Adel Abdul-Mahdi and is dealing with an ongoing protest movement.

Between US air strikes and the virus-related crisis, the Iraqi government may find itself dealing with its greatest governance challenge since the IS invasion of 2014. 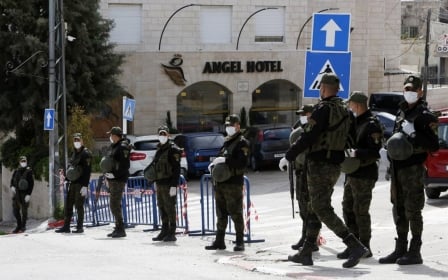 Covid-19
Coronavirus in the Middle East and North Africa: What is the latest? 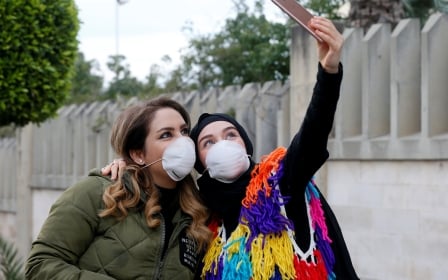