Dania Thafer
Muscat is in a delicate phase of its economic diversification efforts, as oil reserves decline while debts increase As oil prices have crumbled, propelling Gulf Cooperation Council (GCC) economies into an uncertain phase, the financial ramifications of the coronavirus pandemic are unmatched in swiftness and severity.

Low oil prices will have adverse effects on public debt dynamics and economic growth in oil-exporting nations, but the consequences are not equal for the six GCC states. Two in particular have troubling economic roads ahead of them: Bahrain and Oman.

Bahrain faces less uncertainty, as the smallest member of the regional bloc remains under the patronage of Saudi Arabia and the UAE, while Oman is encountering weighty geostrategic calculations in considering to seek external funds. The sultanate could face a difficult tradeoff between addressing rising fiscal pressures and maintaining its sovereignty.

Bahrain and Oman are in a delicate phase of their efforts to diversify their economies, as oil reserves decline while debts increase. They are among the least fortunate in the GCC, as their 2020 breakeven oil prices are substantially higher than their counterparts.

Although projections for Bahrain appear grim, there is less ambiguity surrounding its future, as Manama received a $10bn stimulus package from Saudi Arabia, the UAE and Kuwait in 2018.

Bahrain may turn again to its Gulf partners for financial assistance, but if the current crisis persists, the wealthier GCC nations may feel inclined to direct their capital inwards to stave off the domestic risks of the ongoing economic downturn.

Typical fiscal buffers, such as sovereign wealth funds - which other GCC states use to raise capital - offer little cushion for Oman

It is less predictable how Oman will absorb the erosion of its budget and the risks posed by Covid-19. Muscat’s exposure to China, the disruption in tourism, collapsing energy prices and cuts in oil output have wreaked havoc on a government dependent on oil and gas for 70 percent of its revenues.

Aside from domestic reforms and spending cuts, Oman’s choices to raise external funds are limited.

One option is to seek credit. In 2019, Oman’s public debt-to-GDP ratio was estimated to have reached more than 60 percent, while external debt was an estimated 92 percent of GDP. With strained capital reserves and precarious public finances, investors’ appetite to incur additional Omani debt is low, making access to the bond market a costly choice.

Typical fiscal buffers, such as sovereign wealth funds - which other GCC states use to raise capital - offer little cushion for Oman. Oman’s net foreign assets are among the lowest of the GCC states, while its foreign exchange reserves and sovereign wealth fund assets are valued at approximately half of the national GDP. Moreover, the indiscriminate reach of this extraordinary international economic shock has likely devalued assets globally.

There were reports last month that Oman was in talks with local and international banks to secure loans. Muscat could seek loans from organisations such as the International Monetary Fund (IMF), but resources from global financial institutions could be difficult to obtain, given the international demand for assistance as many nations scramble to recover from the economic damage inflicted by Covid-19.

A lingering question is whether Oman will seek economic relief from neighbouring GCC states. Oman is in a new era after the death of Sultan Qaboos bin Said four months ago, and remains alert to any encroachment - particularly from Abu Dhabi and Riyadh - that may compromise its position as a neutral regional arbiter.

Oman has, however, accepted economic relief from its wealthier neighbours in recent years, including in 2011, when Kuwait, Qatar, Saudi Arabia and the UAE offered $10bn in aid.

Yet, there are fundamental contextual differences between today and the early 2010s, when the Arab Spring was sweeping across the region. Then, oil prices averaged more than $100 a barrel, exponentially higher than the collapsed prices of today.

Secondly, the six GCC states were more united than they are today. Oman’s stance on intra-GCC disputes could not tilt the regional balance, as is the case today.

Thirdly and perhaps most importantly, Oman’s neighbours feared the spillover of the Arab Spring. As a consequence, their concerns for domestic political stability and security motivated drastic financial measures to mitigate greater regional instability.

All six GCC states are today economically weaker than they were in 2011. As countries across the globe now focus inwards on their own domestic economic challenges, it is uncertain as to whether the wealthier Arab Gulf states will continue to see their interests through a broader regional lens and offer economic aid to governments throughout the Middle East.

In the current regional security environment of the GCC rift, dependency on any party will likely come with political strings attached. For Saudi Arabia and the UAE, bringing Muscat into their orbit would mark an inflection point in the regional political order and consolidate their influence.

However, the two countries have conflicting interests with Oman in several areas, from socio-religious divergences to disparate visions for the region’s security architecture, including disagreements about Yemen, engagement with Iran, and the intra-GCC dispute. If Oman opts to request economic aid from within the GCC, the least risky arrangement would be with Kuwait, which is capable of providing help but similarly neutral in its approach to Gulf affairs.

Kuwaiti financial aid usually comes with fewer strings attached, especially as compared with Saudi Arabia and the UAE. But Kuwait sits in an uncomfortable position in aiming to remain neutral and avoiding entanglement in a regional contest for power.

Qatar may be an option for Oman. Commercial relations between the two have grown since the GCC dispute erupted in 2017, while Oman stepped up mediation efforts to resolve the conflict upon taking over the GCC presidency in late 2018. Yet, Saudi Arabia and the UAE are likely to perceive such a move as provocation by the sultanate. Concurrently, Oman likely wants to keep its lines of communication open with regional powers, while protecting its sovereignty.

Maintaining neutrality was a cornerstone of Oman’s regional foreign policy under Sultan Qaboos bin Said, earning the country a reputation as an effective facilitator and a stable nation.

New Sultan Haitham bin Tariq has vowed to continue Qaboos’ legacy as a core strategy to protect and preserve Oman’s sovereignty. Turning to neighbouring GCC states for economic assistance will likely not be Oman’s first choice, but a last resort - and only if necessary.

Dr. Dania Thafer is the Director of Gulf International Forum, a Washington-based institute that is aimed at providing expert analysis on the Gulf region. Her area of expertise is on the Gulf region’s geopolitics, US-Gulf relations, and the political economy of the Gulf Cooperation Council (GCC) states. She is also a Visiting Scholar at the Center for Contemporary Arab Studies at Georgetown University. 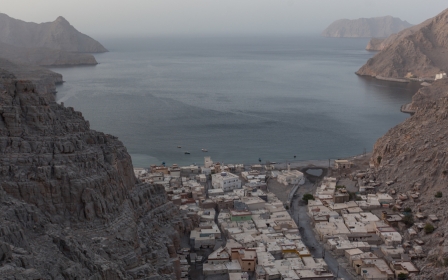 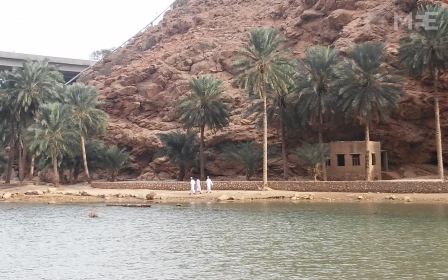 Human Rights
Is Oman really the peaceful anomaly of the Middle East?