Dear Syria: From one refugee to another

Ramzy Baroud
Do not ever kneel. Do not ever kiss a hand. Don’t give anyone the satisfaction to exploit your pain. 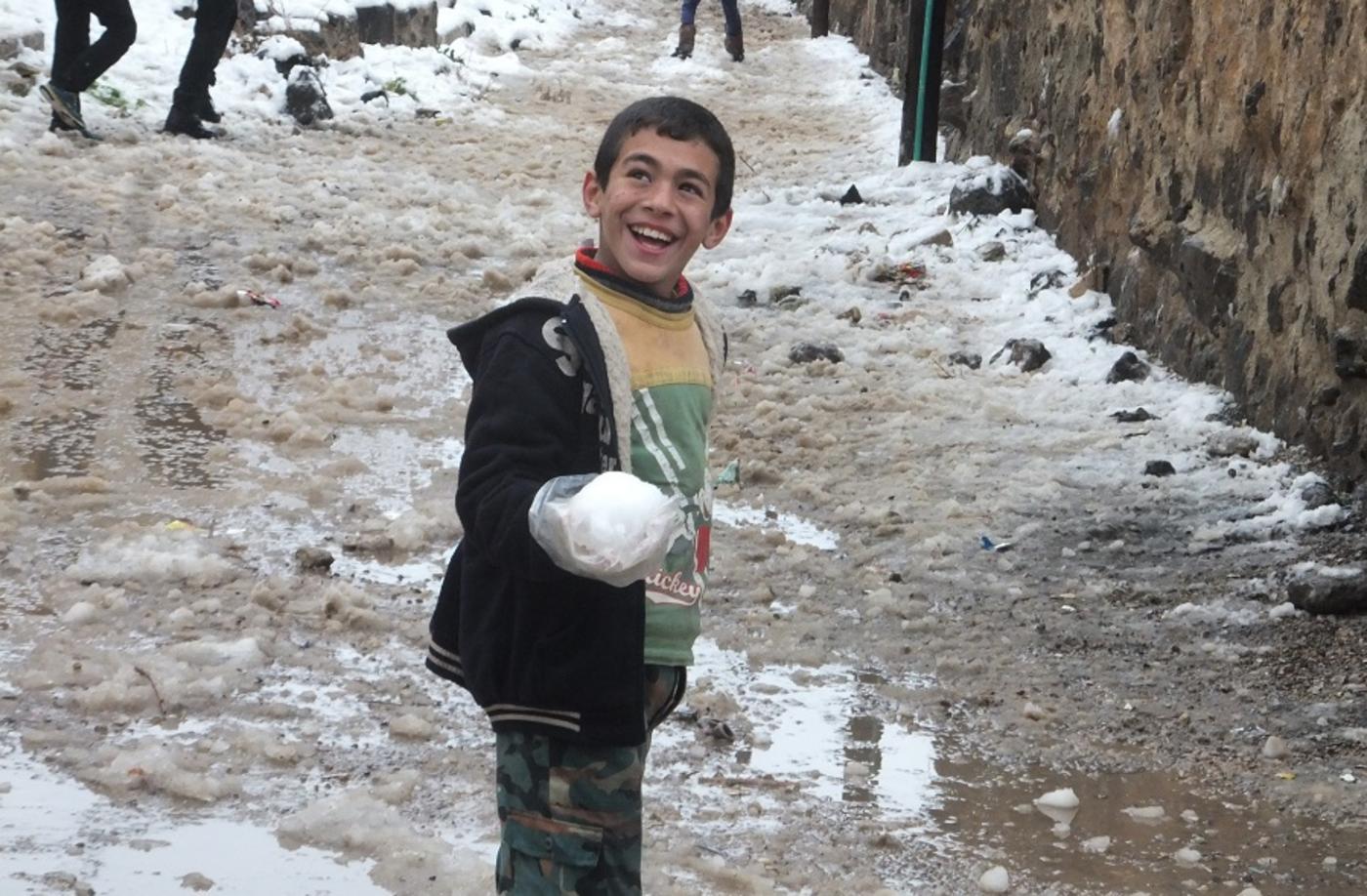 Whenever the word "refugee" is uttered, I think of my mother. When Zionist militias began their systematic onslaught and "cleansing" of the Palestinian Arab population of historic Palestine in 1948, she, along with her family, ran away from the once peaceful village of Beit Daras.

Back then, Zarefah was six. Her father died in a refugee camp in a tent provided by the Quakers soon after he had been separated from his land. As a young girl, she collected scrap metal to help her family.

My grandmother, Mariam, would venture out to the "death zone" that bordered the separated and newly established state of Israel from Gaza’s refugee camps to collect figs and oranges. She faced death every day. Her children were all refugees, living in shatat – Diaspora.

My mother lived to be 42. Her life was tremendously difficult. She married a refugee, my father, and together they brought seven refugees into this world - my brothers, my sister and myself. One died as a toddler from a very curable childhood illness, but there was no medicine in the refugee camp’s clinic.

No matter where we are, in time and place, we carry our refugee ID cards, our undefinable nationalities, our precious status, our parents’ burden, our ancestors’ grief.

In fact, we have a name for it. It is called waja - aching - a characteristic that unifies millions of Palestinian refugees all across the globe. With our refugee population now dominated by second, third or even fourth generation refugees, it seems that our waja is what we hold in common most. Our geographies may differ, our languages, our political allegiances, our cultures, but ultimately, we meet around the painful experiences that we have internalised throughout generations.

My mother used to say – Ihna yalfalastinieen damitna qaribeh – “Tears for us Palestinians are always close by.” But our readiness to shed tears is not a sign of weakness, far from it. It is because throughout the years we managed to internalise our own exile, and its many ramifications, along with the everyone else’s exiles. The emotional burden is great.

We mask the unbearable aching somehow, but it is always close to the surface. If we hear a single melody by Marcel Khalifeh or Sheikh Imam, or a few verses by Mahmoud Darwish, the wound is as fresh as ever.

Most of us no longer live in tents, but we are reminded of our refugee status every single day, by the Israeli occupation, by the Gaza siege and the internally-displaced Palestinians in Israel, by the Iraq war and the displacement of the already displaced Palestinians there, by the despicable living conditions of Palestinian refugees in Lebanon, and throughout the Middle East.

But for us, Syria has been our greatest waja in years. Aside from the fact that most of Syria’s half a million Palestinian refugees are on the run again, living the pain of displacement and loss for the second, third, or even fourth time, nine million Syrian refugees are now duplicating the Palestinian tragedy, charting the early course of the Palestinian Nakba, the catastrophe of 1948.

Watching the destitution of the Syrian refugees is like rewinding the past, in all of its awful details. Watching Arab states clamour to aid the refugees with ample words and little action feels as if we are living the Arab betrayal all over again.

I watched my grandparents die, followed by my parents and many of my peers. All of them died refugees, carrying the same status and the same lost hope of return. The most they ever received from the "international community" was a few sacks of rice and cheap cooking oil. And, of course, numerous tents.

With time, our refugee status morphed from being a "problem" to an integral part of our identities. Being a "refugee" at this stage means insisting on the Right of Return for Palestinian refugees as enshrined in international law. That status is no longer just a mere reference to physical displacement but also to a political, even a national identity.

Political division may, at times, dominate Palestinian society, but we will always be united by the fact that we are refugees with a common cause: going home. While, for the Palestinians of Yarmouk near Damascus, being a refugee is a matter of life and death – often by starvation – for the larger Palestinian collective, the meaning of the word has become more involved: it has been etched onto our skin forever.

But what can one say by way of advice to the relatively new refugees of Syria, considering that we are yet to liberate ourselves from a status that we never sought?

There can be only reminders and a few warnings:

First, may your displacement end soon. May you never live the waja of displacement to the extent that you embrace it as a part of your identity, and pass it on from one generation to another. May it be a kind of fleeting pain or passing nightmare, but never a pervasive, everyday reality.

Second, you must be prepared for the worst. My grandparents left their new blankets in their village before they fled to the refugee camps because they feared they would have been ruined by the dust of the journey. Alas, the camps became home, and the blankets were confiscated as the rest of Palestine was. Please remain hopeful, but realistic.

Third, don’t believe the "international community" when they make promises. They never deliver, and when they do, it is always for ulterior motives that might bring you more harm than good. In fact, the term itself is illusory, mostly used in reference to Western countries which have wronged you as they have us.

Fourth, don’t trust Arab regimes. They lie. They feel not your pain. They hear not your pleas, nor do they care. They have invested so much in destroying your countries, and so little in redeeming their sins. They speak of aid that rarely arrives and political initiatives that constitute mostly press releases. But they will take every opportunity to remind you of their virtues. In fact, your victimhood becomes a platform for their greatness. They thrive at your expense, thus will invest to further your misery.

Fifth, preserve your dignity. I know, it is never easy to maintain your pride when you sleep in a barren street covered in cardboard boxes. A mother would do whatever she can to help her children pass into safety. No matter, you must never allow the wolves awaiting you at every border to exploit your desperation. You must never allow the emir, or his children or some rich businessman or sympathetic celebrity to use you as a photo-op. Do not ever kneel. Don’t ever kiss a hand. Don’t give anyone the satisfaction to exploit your pain.

Sixth, remain united. There is strength in unity when one is a refugee. Don’t allow political squabbles to distract you from the greater battle at hand: surviving until the day you return home, and you will.

Seventh, love Syria. Yours is an unparalleled civilisation. Your history is rife with triumphs that were ultimately of your own making. Even if you must leave to distant lands, keep Syria in your hearts. This too shall pass, and Syria shall redeem its glory, once the brutes are vanquished. Only the spirit of the people shall survive. It is not wishful thinking. It is history.

Dear Syrian refugee, it has been 66 years and counting since my people’s dispossession began. We are yet to return, but that is a battle for my children, and their children to fight. I hope yours ends soon. Until then, please remember the tent is just a tent, and the gusts of cold wind are but of a passing storm.

And until you return home to Syria, don’t let the refugee become who you are, as you are so much more.