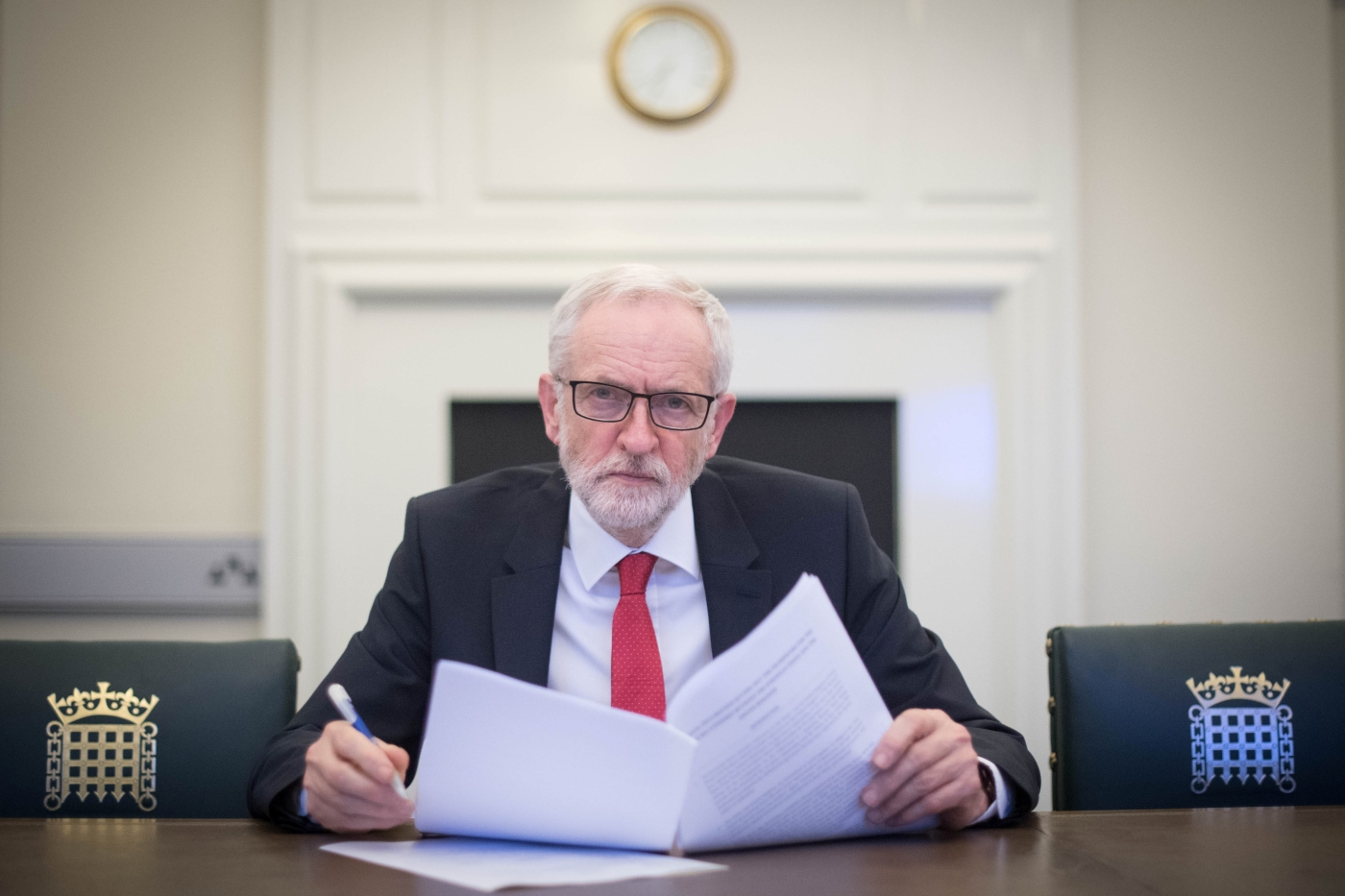 We live in an age of political lies. It’s hard nowadays to tell the difference between news and propaganda.

In Britain, the main victim of this ugly environment is the Labour leader Jeremy Corbyn. Again and again, Corbyn is attacked for things that he hasn’t done or said.

I recently exposed the scale of the lying about Jeremy Corbyn in my review of Tom Bower’s biography of the Labour leader. Now a new false narrative has emerged. It centres on fears that a Jeremy Corbyn government poses a mortal threat to the British economy.

Almost daily, we are told the economic threat posed by Corbyn is far more deadly than a no-deal Brexit

Almost daily, we are told the economic threat of Corbyn is far more deadly than a no-deal Brexit. Indeed, many newspapers are now defending British Prime Minister Boris Johnson’s proposals and a likely no-deal Brexit on the grounds that the alternative of having Corbyn as prime minister would be far more dangerous.

Daniel Finkelstein, a writer I admire, set the trend in the Times early last week. He argued that, faced with a choice between no-deal Brexit and a Corbyn government, we should leave with no deal even though he thinks it is “damaging, unnecessary and, crucially, well within parliament’s rights to prevent”.

This is because a Corbyn government with its “far-left advisers” Seumas Milne and Andrew Murray, and “proud Marxist” in the form of shadow chancellor John McDonnell, is a greater danger to the country. “When it comes to the crunch,” writes Finkelstein, “I could never choose a Corbyn government. Never.”

Lord Finkelstein set a trend. His analysis was followed by a wave of other writers in the Murdoch press and elsewhere.

Writing in the Sunday Times, Sarah Baxter compared Corbyn to the recently deceased Zimbabwean dictator Robert Mugabe. Her article carried the telling subhead “Marxist heroes all end up destroying countries. It must not happen here."

Baxter warned that allowing Corbyn even a sniff at becoming prime minister is complacent because “ways and means will be found to sustain him in power even as the economy inevitably nosedives”.

Meanwhile, the political philosopher John Gray wrote in the Mail on Sunday that the idea that a Corbyn government would be less damaging than a no-deal Brexit is a “dangerous delusion”. Gray, too, is concerned by Corbyn’s close allies, the “disciples of Lenin and Stalin” including Seumas Milne and John McDonnell.

All of these writers are senior, well-regarded opinion formers in Fleet Street and beyond. They are writing in the context of Britain's greatest peacetime political crisis since World War Two.

All choose to frame the dilemma facing Britain in a similar way. Boris Johnson and his threat of no-deal or the economic Armageddon of a Jeremy Corbyn government. Their argument is based on a series of half-baked political assumptions that don’t bear a moment’s inspection.

The first is that Corbyn will be able to implement his economic policies as a caretaker prime minister in a national government. There is no evidence that this is the case. Hence the need for sinister comparisons with African dictators and Soviet totalitarian states.

For Jeremy Corbyn to be able to pursue his policies he must win an outright majority in a general election. There is no evidence at all that this is likely to happen

For Corbyn to be able to pursue his policies, he must win an outright majority in a general election. There is no evidence at all that this is likely to happen. Almost every poll shows Jeremy Corbyn’s Labour lagging far behind the Conservatives. Some say Labour have just 22 percent of the vote.

He is certain to lose seats in the northeast because of Brexit. And in any case, his popularity which led to the relative election triumph of 2017 has waned. This means that even if Corbyn wished to impose a socialist dictatorship on Britain, he would be unable to do so.

He would have to govern with a coalition of parties including the Liberal Democrats and the Scottish National Party (SNP), and possibly a handful of dissident independent Tory MPs who have been stripped of the whip by Johnson.

And even if Corbyn by some miracle did obtain a majority at the next election, he would still be unable to bring about the socialist millennium which his enemies accuse him of wanting to obtain. This is because Corbyn is in a minority inside his own political party. As anybody who has paid the least attention to events in parliament in recent years will know, the majority of Labour MPs oppose Corbyn.

It is inconceivable that Corbyn would be permitted by a Labour Party which includes Tom Watson and Keir Starmer to pile-drive socialist policies through parliament. It is certainly true that Corbyn has radical policies. He is keen to buy back utilities such as gas, electricity and water. 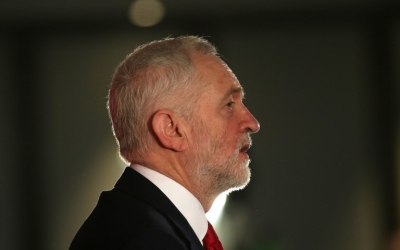 He has also floated a scheme to allow tenants to buy property from landlords, which can certainly be viewed as an attack on private property.

As the Financial Times revealed in a joint analysis with law firm Clifford Chance earlier this week, Labour’s plans include confiscating around £300bn (almost $370bn) of shares from companies and handing them over to workers. Corbyn also wants to make sure that the rich pay more tax and to wage war on tax dodgers.

These policies are a radical attempt to redistribute wealth from rich to poor. No denying it. But this does not make Corbyn a potential socialist dictator. This puts Corbyn squarely in the tradition of previous Labour leaders from Attlee to Kinnock.

Corbyn is more mainstream than some of his political opponents allow. More to the point, I can’t help but notice that Corbyn and his shadow chancellor McDonnell go down well in the City. Better by far than Boris Johnson.

There is now undeniable evidence that markets are actually rising on prospects of a Corbyn government, not the reverse

Most tellingly of all, in recent weeks an unexpected pattern has emerged on the currency market. When the Tory government is hit with a setback in the Commons, the value of sterling tends to rise, sometimes quite sharply. One would expect that if the markets were terrified of Jeremy Corbyn, they would fall sharply as Corbyn’s chances improved. But there is now undeniable evidence that markets are actually rising on prospects of a Corbyn government, not the reverse.

As the Financial Times, not a left-wing publication, noted last week: “Markets are warming towards Jeremy Corbyn. Yes, you read that right. In a sign of just how unpredictable UK markets have become, analysts are starting to believe that the diehard socialist leader of the Labour Party could be just what sterling needs in this, its darkest hour.”

At the same time as the likes of Finkelstein, Baxter and Gray were warning of financial catastrophe, Paul Dales from Capital Economics told the FT that Labour coming to power before Brexit took place “would remove a near-term downside risk to the economy.” He also said that “by removing further uncertainty, its support for either a softer Brexit or no Brexit at all would boost the economy in the medium term”.

John Gray claims that the City is guilty of the same complacency of our current political class. Perhaps Professor Gray ought to stick to his ivory tower.

As the leaked Operation Yellowhammer (the government’s no-deal contingency plan) document showed, the UK could face months of disruption at its ports, delays to medical supplies, fresh-food shortages and public unrest.

I can, however, see one scenario which could lead to a far-left government in Britain, and this is one which Tory commentators have failed to point out. 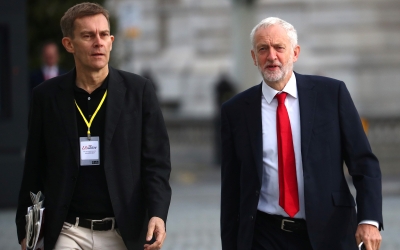 The truth about Seumas Milne, Jeremy Corbyn and the new McCarthyism
Read More »

This is the scenario whereby a no-deal Brexit leads to economic chaos and mass unemployment in a Britain presided over by Boris Johnson.

In such circumstances, it is not beyond the bounds of possibility that a hard-left opposition would emerge blaming Johnson’s Brexit Tories for the economic collapse which followed Britain’s departure from the European Union.

Comrade Corbyn may yet go down in history as the man who saved the British market economy from Boris Johnson’s wrecking ball. 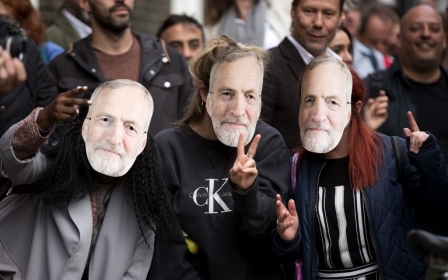 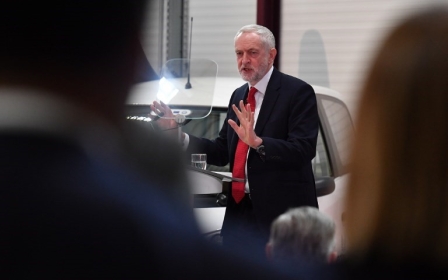 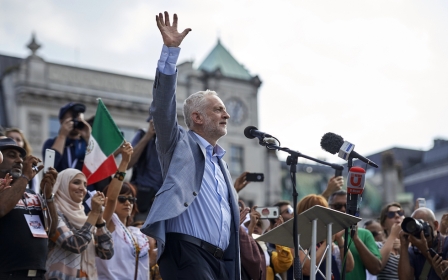