Ben White
In a year with major anniversary celebrations, support for Israel is waning among millennials, young Jewish Americans and Democrats 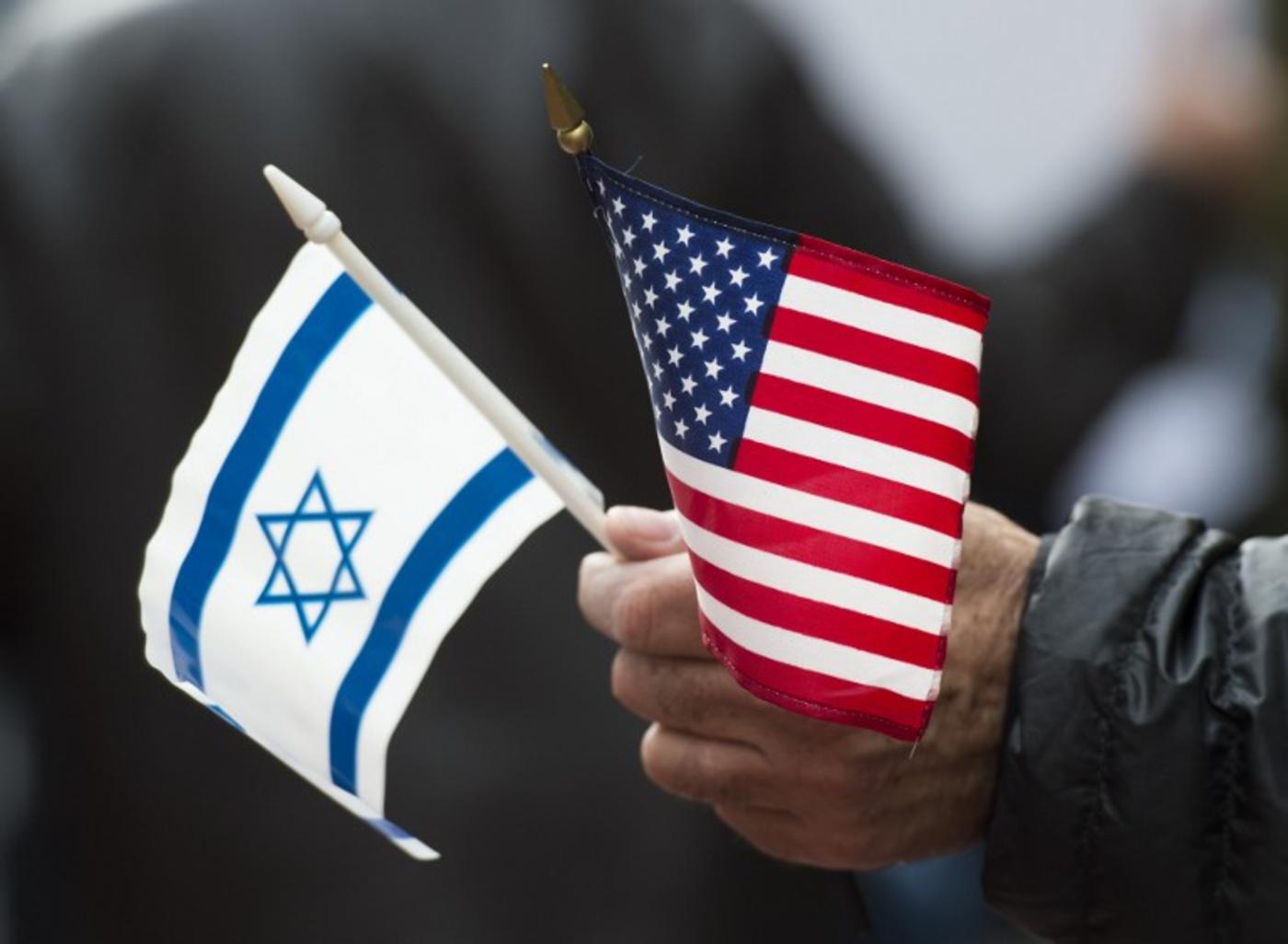 When David Friedman was sworn in two weeks ago as US ambassador to Israel, all went smoothly. The afternoon event was a straightforward affair; children and grandchildren were in attendance, and US Vice President Mike Pence hailed the bankruptcy lawyer as "literally ... born for this job".

But the bonhomie and ceremonial formalities could not mask the fact that this had been no ordinary nomination or ambassadorial appointment. In fact, Friedman's Senate confirmation hearing was both an unprecedented affair and a microcosm of trends that spell big trouble for "brand Israel".

Back on 16 February, Trump's nominee got about 20 seconds through his opening statement when he was loudly interrupted by a young man holding a Palestinian flag. Led away by police, Taher Herzallah of American Muslims for Palestine shouted: "We aren't going away, Mr Friedman. We were there, we are there now, and we will always be there. Palestinians will always be in Palestine."

Over the next few minutes, Friedman was interrupted by four more protesters, including three members of IfNotNow, a group of young Jewish Americans. "We will not be silenced," one shouted. "You do not represent us, and you will never represent us." Another declared: "Israeli occupation is an injustice against Palestinians, and a moral crisis for American Jews."

These were just the more dramatic manifestations of an organised campaign against Friedman's nomination, opposition driven by the lawyer's track record of inflammatory invective against liberal Zionists and Palestinians and his support for the colonisation of the Occupied West Bank.

By nominating Friedman, Trump unwittingly brought out into the open longer-standing divisions among Jewish Americans. The Forward's Washington bureau chief described it as "a Jewish battle royale for supporters and detractors of the two-state solution". Ahead of the confirmation hearing, a Haaretz journalist said "America's Jewish organisations ... [had] rarely been more split".

Now, with the dust barely settled on Friedman's appointment, influential Israeli think tank The Reut Institute has published a report warning of "a widening gap that endangers the relationship between Israel and the Diaspora, and challenges the legitimacy of the State of Israel".

According to the Institute, 2017 is set to be a "critical year" for relations between Israel and Jewish communities worldwide, as a result of significant anniversaries like the Balfour Declaration centenary and Six-Day War, “combined with the unknown implications of the new Trump administration".

Such developments “will lead to even greater tensions within Jewish communities”, the think tank warns, which in turn will “further contribute to the divide between Israel and the Diaspora".

But it's not just splinters within the US Jewish community; an equally significant subject highlighted by Friedman's nomination is Israel's transformation into a partisan issue in US politics.

On 9 March, the Senate Foreign Relations Committee voted to approve Friedman's nomination in a 12-9 split, with only one Democrat joining 11 Republicans to vote in favour.

In the final, full vote, meanwhile, the Senate was split 52-46 in a roll call vote, described by Politico as "an unusual step". US ambassadors "have traditionally been approved by voice vote or through unanimous consent," the news website added, because of the "strong bipartisan support" for Israel.

The fight over Friedman is only the latest episode that suggests Israel no longer enjoys the bipartisan consensus in US politics that many had assumed was unshakeable. Recall the very public fight over the Iran deal, or the way in which Bernie Sanders' leadership bid acted as a megaphone for those within the Democratic party who want a tougher line when it comes to Israeli policies.

Polls suggest the partisan divide is here to stay. In a Gallup survey in February, while 45 percent of Americans expressed support for "establishing an independent Palestinian state on the West Bank and Gaza Strip," that rose to 61 percent of Democrats – compared to 25 percent of Republicans.

Or take another survey published earlier this year, in which respondents were asked to rate whether a country was an ally or enemy of the US on a five-point scale - ally, friendly, not sure, unfriendly or enemy. Israel dropped to 16th place from sixth in 2014 – and instructively, there was a vast disparity between Republicans and Democrats, who placed Israel fifth and 28th respectively.

The under-30s are a particular problem for the state of Israel and its advocates – within the American Jewish community, amongst Democrats, and in the US population more broadly.

Another new study has found a "great rift" between Jewish millennials under 30 in the US and in Israel, with the latter tending "to align themselves with the political right".

By way of example, the academics put the three following statements to respondents: "1. Settlements help Israel's security; 2. God gave the land of Israel to the Jews; and 3. I do not think a way can be found for Israel and an independent Palestinian state to coexist peacefully."

Many of Israel's advocates are well aware of these problems. At a recent conference run by UK-based Israel advocacy group BICOM, Rick Nye, managing director of polling firm Populus, had some sobering words for the audience during a panel on Israel and public opinion.

Analysing various polls in the UK, Western Europe and North America, Nye explained how "support for Israel has increasingly become ... the preserve of older, more male, more conservative parts of Western electorates, and in the US, evangelical, religious parts of the electorate".

At the same time, "supporting Israel becomes less attractive for people who aren't older, more conservative and more male," he added. "And it impacts disproportionately on college-educated younger people, people on campus."

The challenge for Israel advocates, Nye said, is "can you construct a contemporary narrative that's attractive to a millennial audience?"

This seems a tall order, in light of a consolidated, apartheid status quo on the ground, and a US administration acting as a catalyst for the aforementioned processes of fracture and partisan divides. When it comes to "brand Israel", Tel Aviv cuisine and hi-tech start-ups look set – if you pardon the pun – to be trumped by occupation and ethno-nationalism.

- Ben White is the author of  Israeli Apartheid: A Beginner’s Guide and Palestinians in Israel: Segregation, Discrimination and Democracy. He is a writer for Middle East Monitor and his articles have been published by Al Jazeera, al-Araby, Huffington Post, The Electronic Intifada, The Guardian's Comment is Free and more.

Photo: A pro-Israel supporter joins a rally to send the message to the United Nations of "no more anti-Israel documents or resolutions" on 12 January 2017 in front of the French Mission to the UN in New York (AFP) 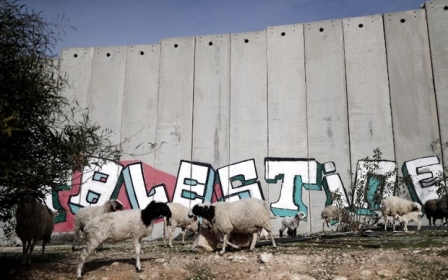 Occupation
War or peace: What summer 2017 holds for Hamas and Israel
Yossi Melman 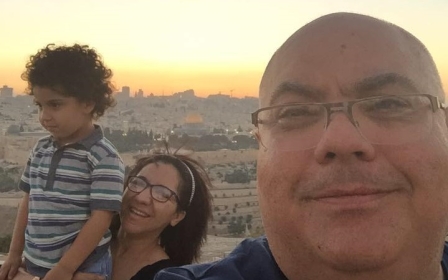