Donald Trump: The man who would be king

Morgan Strong
Evangelicals believe the US president to be the embodiment of Cyrus the Great, chosen by God to save them at a time of moral collapse 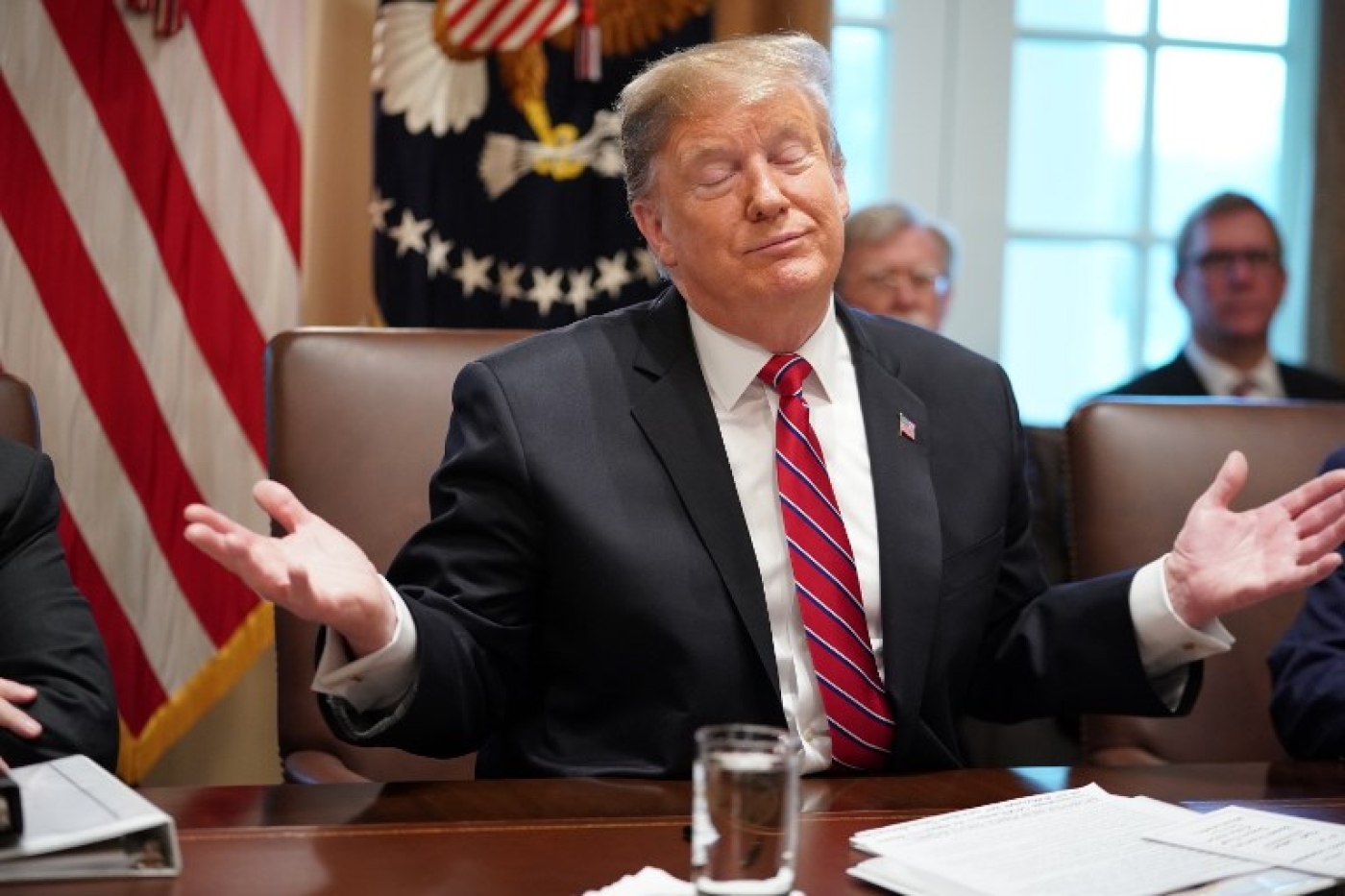 Before they met in Washington last March, Israeli Prime Minister Benjamin Netanyahu praised US President Donald Trump for declaring Jerusalem as Israel’s capital and promising to kill the Iran nuclear deal. The Israeli leader has compared Trump to Harry Truman, Lord Balfour and Cyrus the Great.

Cyrus was the king of Persia who, after his conquest of Babylon in 539 BC, was said to have been directed by God to release the Jews that were held captive, allow their return to Jerusalem and rebuild their temple. There are now coins sold in Israel, celebrating the recognition of Jerusalem as Israel’s capital, that bear the images of Cyrus and Trump.

The evangelical community believes Trump to be the embodiment of Cyrus, chosen by God to save America, Israel and them, at a critical juncture of what they believe is a moral and cultural collapse. In short, Trump is regarded as a deity - a minor deity, perhaps, but a deity nonetheless.

Yet, much of the US electorate considers Trump to be deeply flawed: A pathological liar and a narcissistic egomaniac of limited abilities. The evangelicals understand this, it seems, but subscribe to what they call “vessel theology”.

Mike Evans, an evangelical leader, said in an interview on the Christian Broadcasting Network that Cyrus was used as an instrument of God for the deliverance of Jews in the Bible - and God is using Trump, this imperfect vessel, in an incredible way to fulfil his plans and promises.

It is likely that Trump is following the evangelicals’ policies and agenda because he believes in their conviction that, indeed, he was chosen by God. Evangelical leader Jerry Falwell Jr, whose Liberty University produced the film The Trump Prophecy - screened in hundreds of theatres countrywide ahead of the 2018 midterms - energised the evangelical vote.

Falwell told the Washington Post that there was nothing Trump could do to endanger support from him or other evangelical leaders.

The evangelicals are the steadfast core of Trump’s electoral base. He believes their hardcore support, in the face of a broader crumbling of support, will ensure his political survival. To this segment of voters, building a wall on the Mexican border is of the greatest importance, and the principal reason he has refused to concede on this issue. He cannot offend his electoral base.

Evangelical leaders are aware of their followers’ common fears - of bloodthirsty gangs, rapists, murderers and the diseased gathering by the thousands, waiting to forcefully breach our southern border. These notions fill them with panic, energising their political support and financial donations to pastors, in hopes of a firm response.

The evangelicals have succeeded beyond what they might have ever imagined in employing Trump’s egomania to convince him of his anointment by God. They have held prayer meetings in the Oval Office just to remind him. Trump sits behind his desk, like a corpulent Buddha at the head of a circle of standing evangelical pastors, who pray as Trump glories in their adoration.

For this tawdry theatre, they get what they want.

Franklin Graham, the son of Billy Graham and a towering figure in the evangelical community, claims credit for convincing former President George W Bush to invade Iraq - and for proposing a ban on Muslim immigration to the US, which Trump announced shortly after assuming office.

The evangelicals wanted the US embassy moved to Jerusalem. Trump did as they asked. Evangelicals also supported legislation imposing criminal penalties on any US company or organisation that participated in boycotts supporting Palestinian rights and opposing Israel’s occupation of the West Bank. The US State Department, led by evangelical Mike Pompeo, has cut hundreds of millions of dollars in funding for Palestinian aid programmes.

Radio Marti, a US-taxpayer funded station that broadcasts to communist Cuba, ran an opinion piece warning that the “Islamisation” of Europe by migrants is destroying the continent’s Christian character.

Trump also shut down a government-run study that uses fetal tissue in scientific research. The use of fetal tissue, presumably from abortions, is vehemently opposed by evangelicals. As governor of Indiana, Vice President Mike Pence signed a law in 2016 criminalising research that uses fetal tissue, which is vital to the search for cures for HIV, cancer and Alzheimer’s disease. Trump, the evangelicals and the Middle East
Read More »

The State Department’s annual human rights report for 2017 dropped references to reproductive rights for women and stopped using the phrase “occupied territories” in relation to Israel. The construction of new settlements in the occupied Palestinian territories increased by 20 percent last year, with evangelicals contributing millions towards this goal.

Prominent evangelical pastors, such as Graham and Falwell, are nearly all multimillionaires. They are essentially conmen of a far superior ability than Trump, their imperfect malleable vassal.

Televangelist Jesse Duplantis, who has tens of thousands of followers for his televised antics, has demanded they contribute $54m for a new private jet; he already has three. He needs the new one to equal the number of planes in Trump’s fleet, and incidentally to preach the word of Jesus. 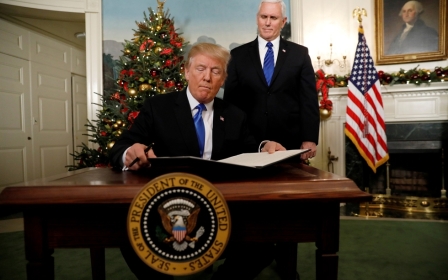