Doubts and false expectations at the Sharm el-Sheikh carnival

Ayman Nour
Given Egypt's track record and current circumstances, what exactly is the Sharm el-Sheikh conference meant to accomplish? 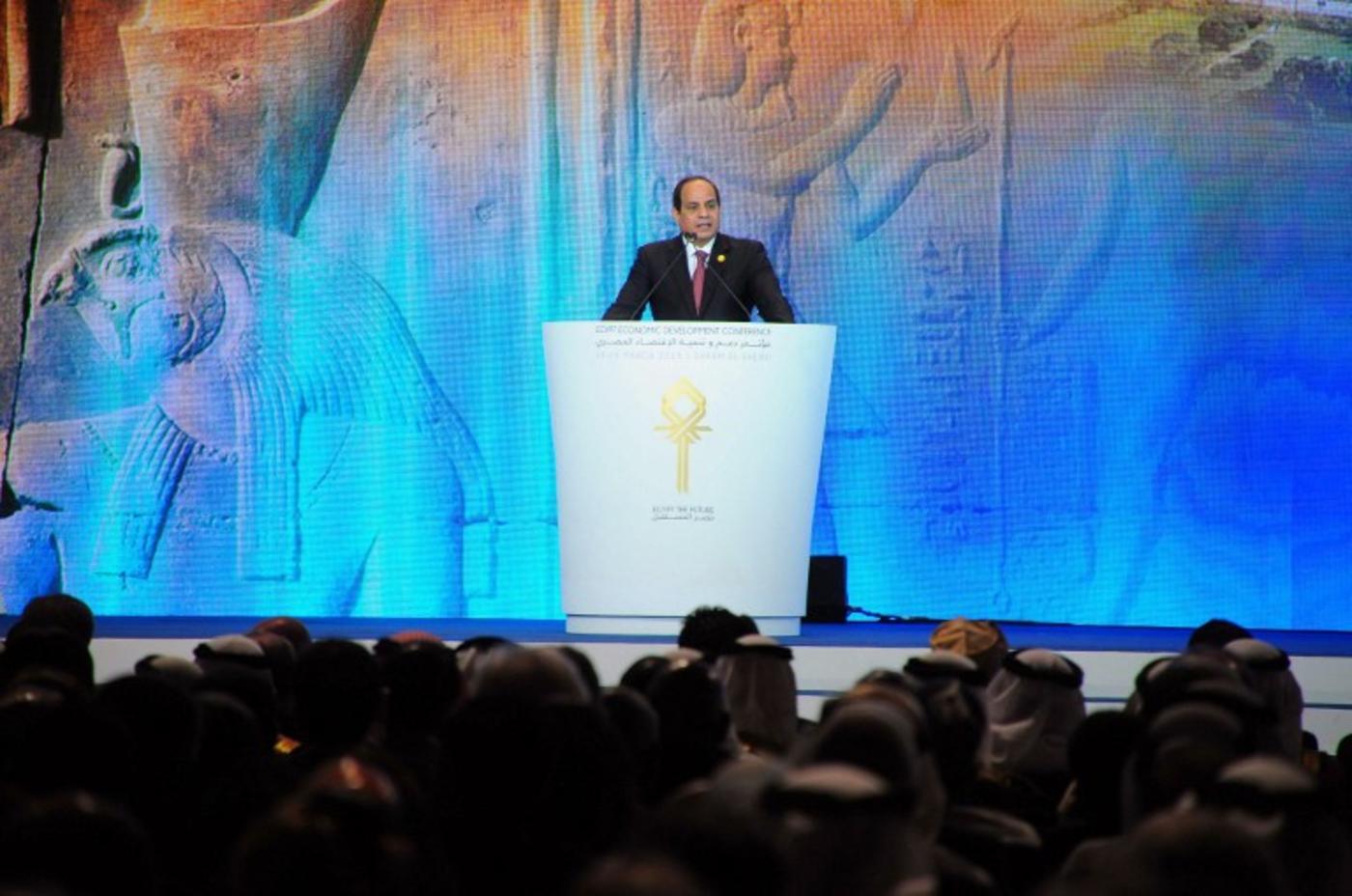 Is there any real hope for that conference which began in Sharm El-Sheikh this morning?

Can we look more closely at our economic image in the mirror, away from the logic of ‘incense-swingers’, in an attempt to reflect on our collective aches and destinies?

Yes, we wish all success to any endeavour that may benefit the Egyptian citizens. But in economics, as in soccer, it is the goals that count in the end. Good intentions and noble thoughts alone can never achieve such goals. It is more important to make an achievement that will make people’s lives easier, one that caters to their needs rather than give false hopes and add to frustrations with lame results.

What exactly is this gathering, which brings together politicians, heads of states, and businessmen, meant to accomplish?

Or is it a political carnival without any economic content?

If it is a donor gathering to establish a Marshall Project, then the conference is four years late. The perfect time for such a project was a few weeks or months after the revolution, at the beginning of the first transitional phase – when the Supreme Council of the Armed Forces (SCAF) was governing - within a more optimistic international and regional context, full of enthusiasm for a new Egypt under the inspiring backdrop of the revolution. The project could have been executed before donor fatigue set in. In fact, there have been several efforts to hold such a donor conference before 2013, but the political conflict has been a stumbling block.

If this is an economic conference to attract foreign investment, there are even bigger problems. Foreign investment is a process of capital transfer - cash, in-kind, techniques or knowledge - to a country where investors, through a set of privileges and parameters, believe they can achieve returns that they are unable to earn in their own or another country. It is a long-term relationship similar to a marriage, not a passing fancy.

To this end, there must be international parameters – including political stability and security, investment incentives, minimal corruption and mismanagement, appropriate tax structures, satisfactory infrastructure and trading capacity - to attract foreign investment to any given ‘host’ country.

In Egypt, there are significant gaps on all of these fronts which we have made no effort to remedy before inviting others to undertake the risk and burden of helping us - or rather to transfer their money to us without even the minimum guarantees.

In reality, this conference is more likely to be a carnival that starts and ends without actually realising its economic purpose. And it wouldn’t be the first: Egypt has previously held similar conferences, such as the World Economic Forum MENA Conference in 1997 and the Donor Conference in 2003, but they had no real impact on the Egyptian economy.

Despite the partial success of the efforts that began in July 2014, when the late king of Saudi Arabia and the UAE’s foreign minister called for a ‘donor conference’, which later became “Egypt’s Partners Conference’, and was most recently changed into the ‘Economic Conference’, Sharm el-Sheikh is likely to have a similar outcome.

In the past few weeks, the Egyptian media has committed a major crime with its naive talk about the billions of dollars and projects that the conference will bring, the significance of the dignitaries who are attending and even how congested the airport will be. In doing so, they have built up people’s expectations who believe their problems will be solved by the attendance and departure of the conference guests while, in fact, the conference is only a means, not an end – and not a promising end at that.

No investor would ever enter into a contract to execute a project without conducting an adequate feasibility study and risk assessment for investing in Egypt, given the current circumstances. Those in attendance will should be asking these questions:

What is the impact of the energy crisis in Egypt on investments and new projects, given that the country is unable to fulfil our present needs? Even the Minister of Investment recently announced that licensing some projects will require investors to secure and provide their own energy sources to implement their projects.

How will investors transfer their funds under restrictions recently imposed by the Central Bank on importers trading in US dollars, despite the fact that 70 percent of current and future investment projects depend on imported production supplies.

How will foreign investors view the army’s intervention in various sectors, including construction, roads, factories, and even consumer goods? How will that investor guarantee fair equality of opportunity to compete, given the unlimited privileges granted to the army while local and foreign investors suffer from the high costs of corruption, bureaucracy and labour?

How will the investors view Egypt’s worn-out legislature, conflicting laws, high inflation rates (15 percent this year and 11 percent last year), high of poverty rates (26.3 percent), and low growth rates in the past three years (2 percent), not to mention unemployment rates?

And finally, given that capital becomes a coward in the face of turbulence and turmoil, what if Arab or other foreign investors watch the media channels, such as Faraeen TV, featuring the slogan “Egypt’s War” next to their logo? What would their decision be amidst Egypt’s looming threats of entering into wars in the east, west, and south.

The Egyptian government may use terrorism as a rationale for the failure of the conference. True, the expansion of terrorism - which is utterly rejected - substantially impacts stability which is naturally reflected in investment. But it would be a mistake to ascribe the success, or failure, of everything to this phenomenon, no matter how serious it may be. The UK, for instance, suffered for years from bombing threats made by the Irish Republican Army, but this never stopped its economic progress.

If your ship is pierced from all sides and you only stop up one hole, whether inadvertently or deliberately, you will never be able to save the ship from its doom. Pre-revolutionary Egypt witnessed successive waves of terrorism, violence and counter-violence, which had adverse effects on vital sectors such as tourism. But Egypt managed to bridge some of those gaps by raising the cash reserves to nearly $30bn (ie double the current reserves) and doubling growth as well as employment rates.

However, a major gap was left unaddressed, and that is the absence of a fair social policy with mechanisms for the equitable distribution of the fruits of growth. This has resulted in greater poverty, oppression, and income and resource inequality. Subsequently, the pre-25 January ship sank in a sea of ​​injustice and darkness, despite its success in curbing the waves of violence and terrorism.

Promoting dreams is a legitimate matter, but promoting illusions is a crime, and whoever commits such a crime shall pay dearly.

- Ayman Nour is an Egyptian politician, a former member of the Egyptian Parliament, and founder and chairman of the El Ghad party. 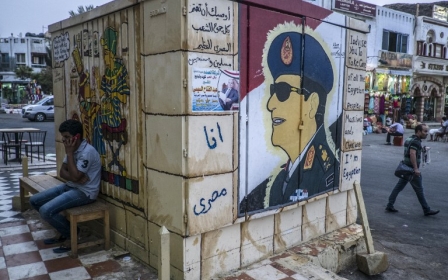 Egypt Turmoil
Sisi’s economy: Out of the storm, but for how long?