Azad Essa
The richest man on the planet is on a mission to save civilisation as we know it. But whose civilisation? 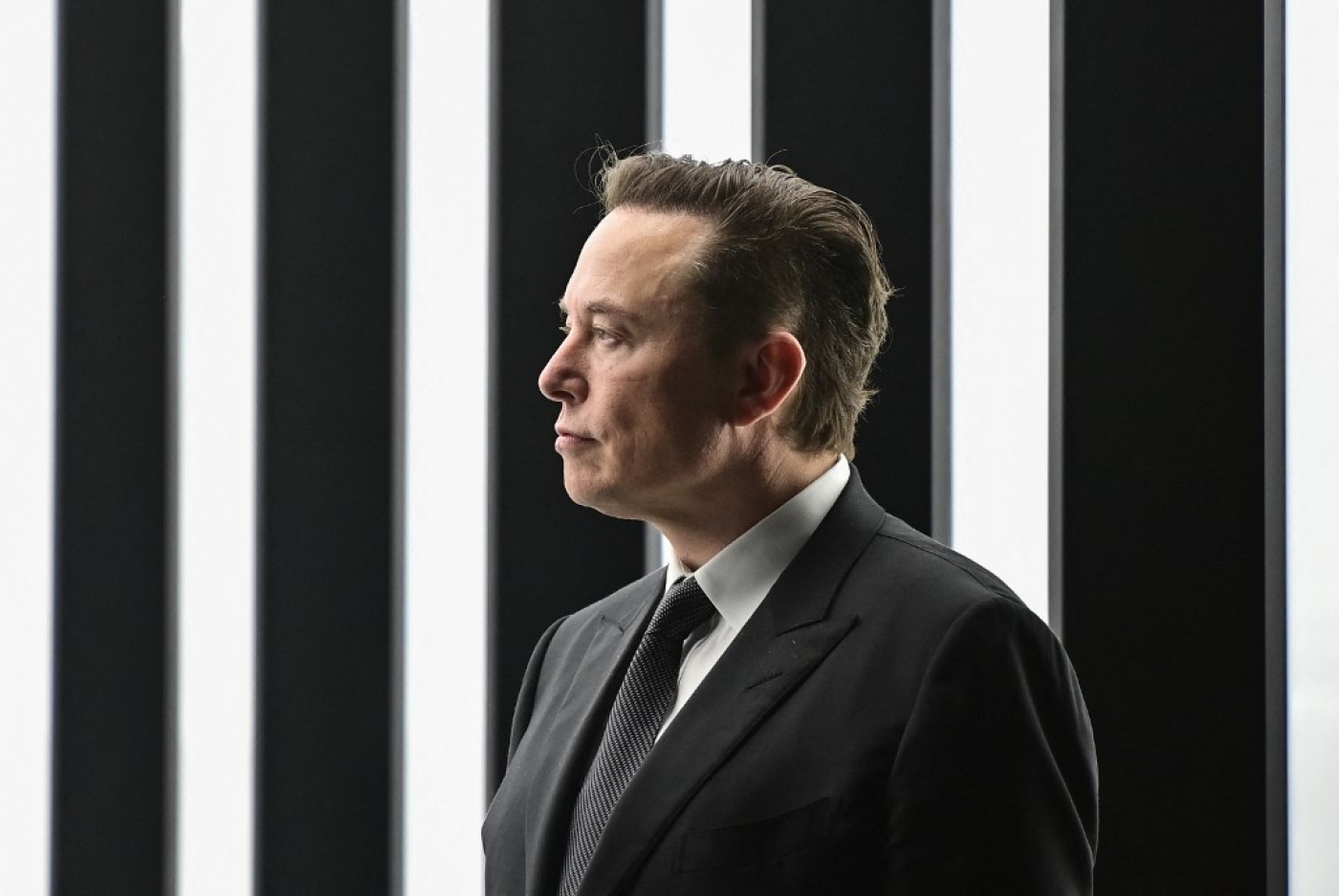 On Monday, the richest man in the world, Elon Musk, purchased Twitter and assigned himself the most honourable of tasks: saving civilisation as we know it.

Yes, he said that.

“Free speech is the bedrock of a functioning democracy, and Twitter is the digital town square where matters vital to the future of humanity are debated,” Musk added.

Never mind the obscenity that Twitter might decide the future of civilisation; the assertion that he was the man who could save it, or our future, has a certain messianic insanity to it.

If that wasn’t enough, as the news spread and reactions poured in, the theatrics amplified. In tweet after tweet, Musk fanned the flames with the verve of a supervillain. One moment he called for end-to-end encryption for Twitter direct messages; the next he promised to add cocaine back to Coca-Cola. He was the owner, visionary and court jester, all wrapped into one. He was invincible.

In short? We are in trouble.

Beyond the madness, Musk's stated goal for buying Twitter has been a purported return to free speech, or cutting back on content moderation. Here "free speech" is really a licence for the right wing to bully and intimidate without restraint.

According to what we know so far, which is very little, should Twitter ultimately end up in his hands, he says he will open up algorithms so users have a better idea of what happens behind the scenes. But he will also make Twitter a private company - a move that flies in the face of a touted ambition to make platform more transparent. Twitter, already frustratingly opaque, is set to become even more inaccessible.

Musk's call for a more laissez-faire approach to content moderation has already resonated and energised the right in the US, who see in it the possible return of former President Donald Trump.

Though Trump has so far said he won't return to Twitter, recent developments have certainly raised the stakes, as tech and cyber activists scramble to make sense of the new landscape.

Most agree that Musk's takeover could have a devastating impact on already marginalised members of the digital community. According to the digital rights organisation Access Now, "unless the necessary human rights protections are included in the terms of the sale - which are yet to be disclosed - Twitter shareholders should vote against the agreement in defense of the platform’s most vulnerable users".

But Musk's supporters continue to valorise his ostensible quest to rescue free speech, arguing that the billionaire could invest in a multitude of other products to make more money. This ignores two crucial elements: the immense cultural power of owning an influential publishing platform, and the way in which that platform has boosted Musk's brand over the past decade. Twitter is an essential part of his game.

In addition, the notion that Musk would bring back "stifled" right-wing talking points ignores Twitter's own findings that the site's algorithms already “amplify right-leaning political content more than left-leaning content”. The determination to serenade him as the ultimate problem-solver, the man with the Midas touch, committed to preserving a very pioneering masculine American spirit, has seen his supporters mythologising Musk as a modern-day white saviour.

Even former Twitter co-founder Jack Dorsey attributed a similar quality to Musk when he endorsed the purchase, describing Musk as "the singular solution I trust ... to extend the light of consciousness."

The showmanship aside, they all seem to ignore that Musk has literally no demonstrable history of a commitment to free speech, purportedly at heart of his purchase.

The 2016 story of Musk personally cancelling a Tesla order from a blogger who criticised him is the most cited example, but fewer remember that in 2021, Bloomberg reported that Tesla had asked the Chinese government to censor criticism of the company on social media. These examples are instructive as to Musk's pettiness and willingness to instrumentalise the repressive tactics of an autocratic state to protect his brand.

Nooran Alhamdan, a graduate research fellow at the Middle East Institute's Cyber Program, said it was troubling that a platform used by millions of people to tell their stories and share their plights was now in the hands of one man. "Ideally, Twitter and other social media platforms should be democratised, instead of being used to manipulate, surveil and profit off of the masses," Alhamdan told Middle East Eye.

If Musk rolls back the already weak controls set up by Twitter, it is not just American white supremacists who will up the ante and hide behind discriminatory laws to harass and intimidate Black people, women, members of the LGBTQ community, Muslims or Jews. There will be a ripple effect felt all around the world.

In other words, given the difficulty of moderating content at scale and in different languages around the world, it's often marginalised people who bear the brunt. But given the American exceptionalism at the root of big tech, questions over how changes play out elsewhere have always taken a back seat. 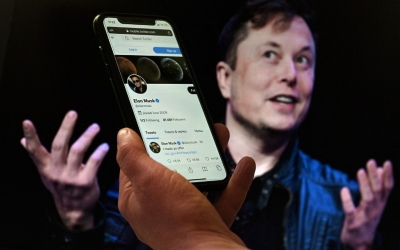 "Moderating content at scale is a mission impossible. It's either too much or too little, and rarely getting nuances right," Marwa Fatafta, the MENA policy manager for Access Now, told MEE. "For Arabic-speaking users, we are caught between a rock and a hard place: too much censorship of critical voices, while hate speech, state trolls and smear campaigns are running rampant on these platforms."

Already, speculation is rife as to what deals Musk will make with governments such as China (or India), in exchange for unfettered access to their large markets. It is not unreasonable to expect Musk to leverage Twitter for his business interests, or to be squeezed by certain countries into using "free speech" as a means to compromise rights.

As news of the deal broke, Yoaz Hendel, Israel's communications minister, wrote on Twitter: "Looking forward to a new era of #FreeSpeech. Yet, no less importantly, we in Israel hope that we can also recognize and combat #antisemitism and the incitement to violence against Jews and the State of Israel on social media - swiftly and when it happens. It's a matter of life and death."

Here, Hendel's outreach to Musk is not to be underestimated.

For more than decade, after all, Israel has prioritised social media as a "battleground" in which it has pulled out all the stops to curb any criticism of Israel, including the weaponisation of antisemitism, to silence and criminalise Palestinian voices.

"Social media companies have been working with the Israeli government and the Israeli Cyber Unit to curb what they call 'incitement' for years," Alhamdan says.

And with the introduction of Musk into the equation, there is no reason to believe anything will be different. If anything, it is about to get a whole lot worse. 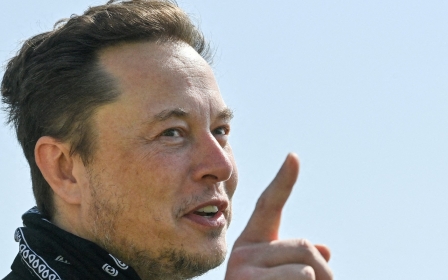 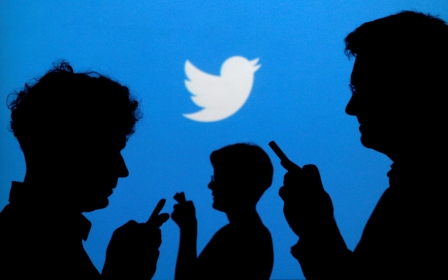 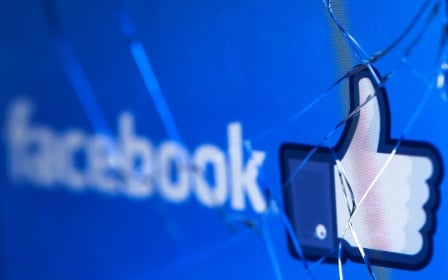