Béligh Nabli
To lend credibility to his leadership stature, Emmanuel Macron is approaching diplomacy from a proactive and personal angle. A strategy that has yet to produce tangible results 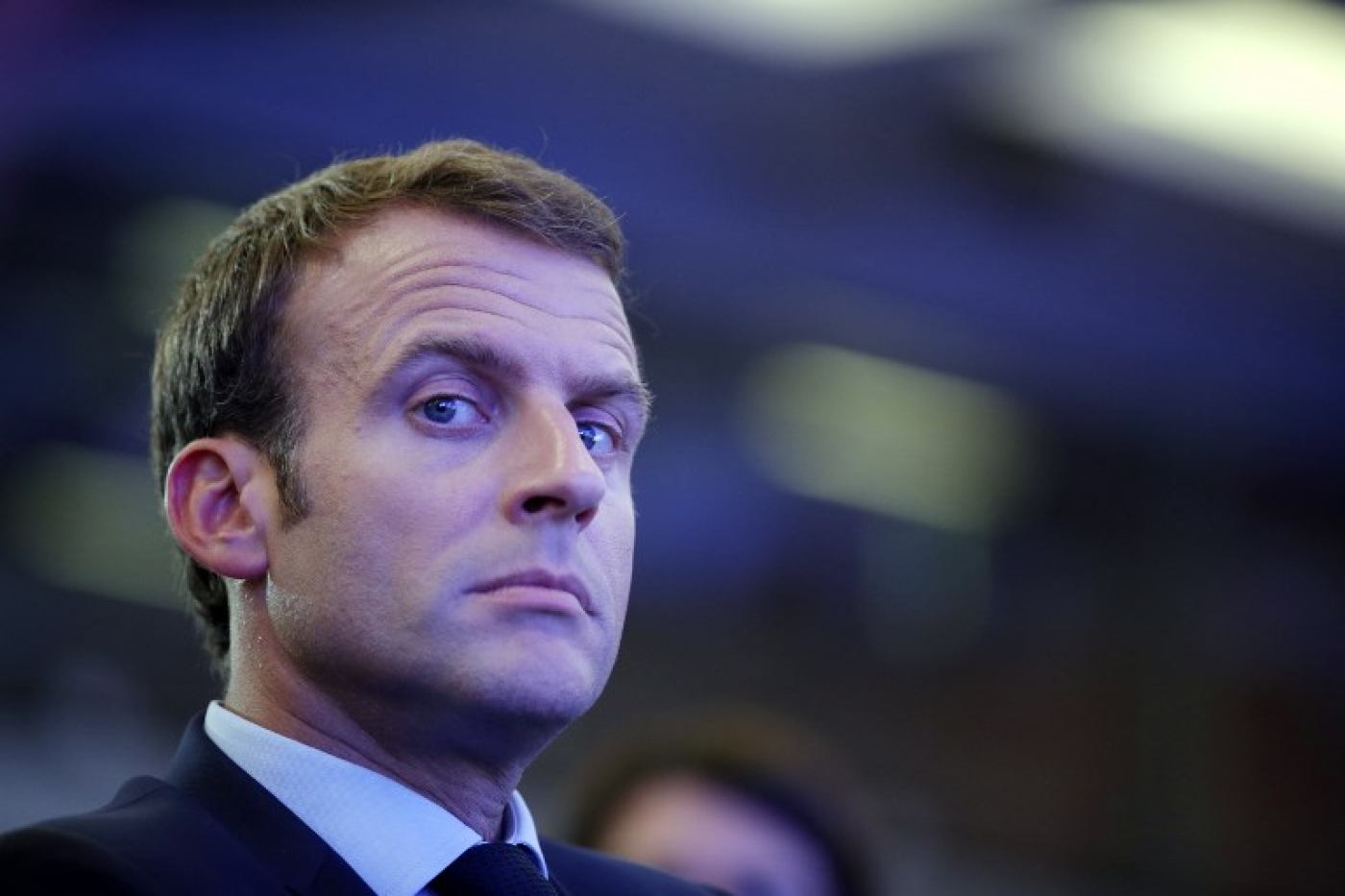 Foreign policy, as the expression of external state sovereignty, is determined according to the interests of individual states, in theory freely and independently of the influence of outside governments (on the principle of non-interference) or non-governmental organisations.

It is also the reflection of a collective belief system and a certain worldview. France’s foreign policy under the presidency of Emmanuel Macron must be examined in these terms.

Shaped by a national narrative of greatness and international sway, France is a key player on the European and Mediterranean stage, but a minor player in world affairs.

Though France represents a mere 1 percent of both the world’s population and territory, it is nonetheless a major power militarily, with a nuclear capability, extensive state-of-the-art military arsenal and high-tech arms industry; politically as a permanent member of the UN Security Council, the world’s second-largest diplomatic corps, influence in Africa and the Arab world through colonial and post-colonial ties; the world's second-largest exclusive economic zone with 11 million square kilometres of territorial waters; culturally through linguistic and cultural influence, the world’s number one tourist destination; and economically as the world’s fifth power in terms of GDP, and among the world’s most productive employees.

For the past decade, France’s foreign policy has become increasingly interventionist and tinged with barely veiled Atlanticism/Westernism tones

For the past decade, France's foreign policy has become increasingly interventionist and tinged with barely veiled Atlanticism. Moreover, France has implemented a soft power strategy whose policies Emmanuel Macron hopes to embody on an international stage with a leadership vacancy.

France's foreign policy is traditionally built on two pillars: national independence and multilateralism. Yet this "realist" approach, determined by what could be qualified as "De Gaulle-Mitterrand" interests, has clearly changed with the presidencies of Nicolas Sarkozy (2007-2012) and Francois Hollande (2012-2017).

The change is visible within the diplomatic corps itself. Among senior officials at the Quai d'Orsay, there is a widespread acceptance of the notion of legitimate use of military force to defend the values of “liberal democracy”.

And where does Macron stand on this particular point? At the time of the French presidential campaign, from which he came out victorious, he brandished his De Gaulle-Mitterrand descent, but even then, no explanation was given as to what this really meant.

An element of pragmatism

Today, the Elysee diplomatic unit has stopped waving that particular banner to designate the guiding principle of Macron's diplomatic activism. In reality, in this area of political life, as in others, diplomatic Macronism is driven by opposing forces that could be summed up with those three little words so characteristic of the president’s official stance: “both at once..."

Indeed, since his arrival at the Elysee, his speeches - as well as his actions on critical international issues - denote shades of both De Gaullo-Mitterrandism and neoconservatism.

Thus, in a global context conducive to unilateralism, he has chosen - in contrast to the policies of Donald Trump and Vladimir Putin - to place the focus on multilateral dialogue, whether on Iranian nuclear issues, transatlantic free trade or the fight against global warming.

However these were three issues on which the American president – despite numerous signs of close personal ties – listened to French arguments only to ignore them. A dismissal acknowledged by President Macron, who, despite these failures, gladly played the part of a privileged European partner to the Trump administration.

Macron, driven by pragmatism and inspired by realpolitik, has also put forward the idea of including the Damascus regime in the process of resolving the conflict in Syria.

In the case of the chemical attacks carried out on populations in Eastern Ghouta, the United States, France and the United Kingdom chose to bend the rules of international legality and security and take military action without UN Security Council backing.

But this same case illustrates the other face of Macronian diplomacy, comprised of coups d'éclat and unilateralism.

By intervening on such terms, President Macron has shown a form of selective outrage as well as the conscience of a self-professed humanist that varies from one situation to the next, as attested to by France’s silence regarding the Saudi intervention in Yemen and the Israeli-Palestinian conflict.

Regarding this last case, more topical and sensitive than ever, Macron seems to be following the lead of his predecessors Nicolas Sarkozy and especially Francois Hollande: continuity in the form of a break with the traditional De Gaulle and Mitterrand stance advocating a two-state solution built on negotiations guaranteeing Israel’s security (and therefore its existence) while demanding justice for the Palestinian people.

That stance consisted in France taking the lead among Western nations defending the right of people to self-determination. Yet while Macron has spoken of his commitment to the French position of a "two-state solution", he has made it clear that France will not unilaterally recognise the Palestinian state.

Exactly three years after the deadly Operation Protective Edge, the French president displayed a privileged personal relationship with Benjamin Netanyahu on a visit to Paris, marked by a very personal thank you to “Dear Bibi”...

However, as with his close relationship with Trump, this strategy of "personalised bilateralism" has yet to produce tangible results. But appearances aside, the doctrinal shift reflected in this double approach should not be underestimated. In the case of Israel, Macron has chosen the same path as Francois Hollande.

This latter, in a communique dated 9 July 2014, at the beginning of the last major Israeli military operation in Gaza, expressed France’s “solidarity” with the Israeli government, which it deemed entitled “to take every necessary measure to protect its population”.

Macron’s arrival in the Elysee confirms a rapprochement with what he primarily perceives as a “start-up nation”, though one led by an Israeli government that emerged from a nationalistic and extremist right-wing fringe all the same.

The magnitude of the Israeli response during Operation Protective Edge, its lack of compliance with international law, and the hundreds of Palestinian civilians killed in the air strikes were of little concern at the time. The French position had altered with regards to the human toll of the Israeli army’s ground offensive on Gaza.

Be that as it may, the haste with which France seemed to acquit to the Israeli government marked a turning point.

Three years later, Macron’s arrival in the Elysee confirmed a rapprochement with the prime political supporter of the pursuit of colonisation: Benjamin Netanyahu.

"France is back," proclaimed President Macron after his election. His claim to leadership rests on a combination of official proactive policies and a hefty dose of tightrope walking, liable at times to produce an unpleasant impression of diplomatic ambivalence.

And this is likely to affect the clarity, credibility and effectiveness of French foreign policy: a spectre not to be disregarded by a president with a techno-liberal tendency when it comes to taking political action.

This column was originally published in French

- Béligh Nabli is research director at the Institute of International and Strategic Relations (IRIS) in Paris. Co-founder of chronik.fr, he is also the author of Géopolitique de la Méditerranée (Armand Colin, 2015) and L'État. Law and Politics (Armand Colin, 2017).

The opinions expressed in this article are the author's own and do not necessarily reflect Middle East Eye editorial policy.

Photo: Continuity in the form of a break with the traditional De Gaulle and Mitterrand line? (AFP). 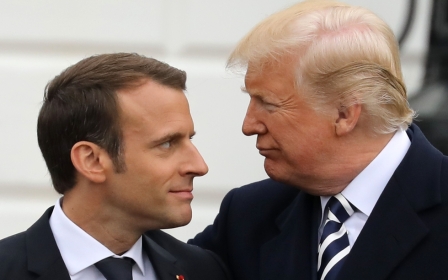 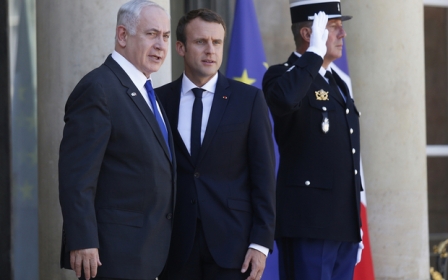