How Erdogan and Putin spectacularly fell out 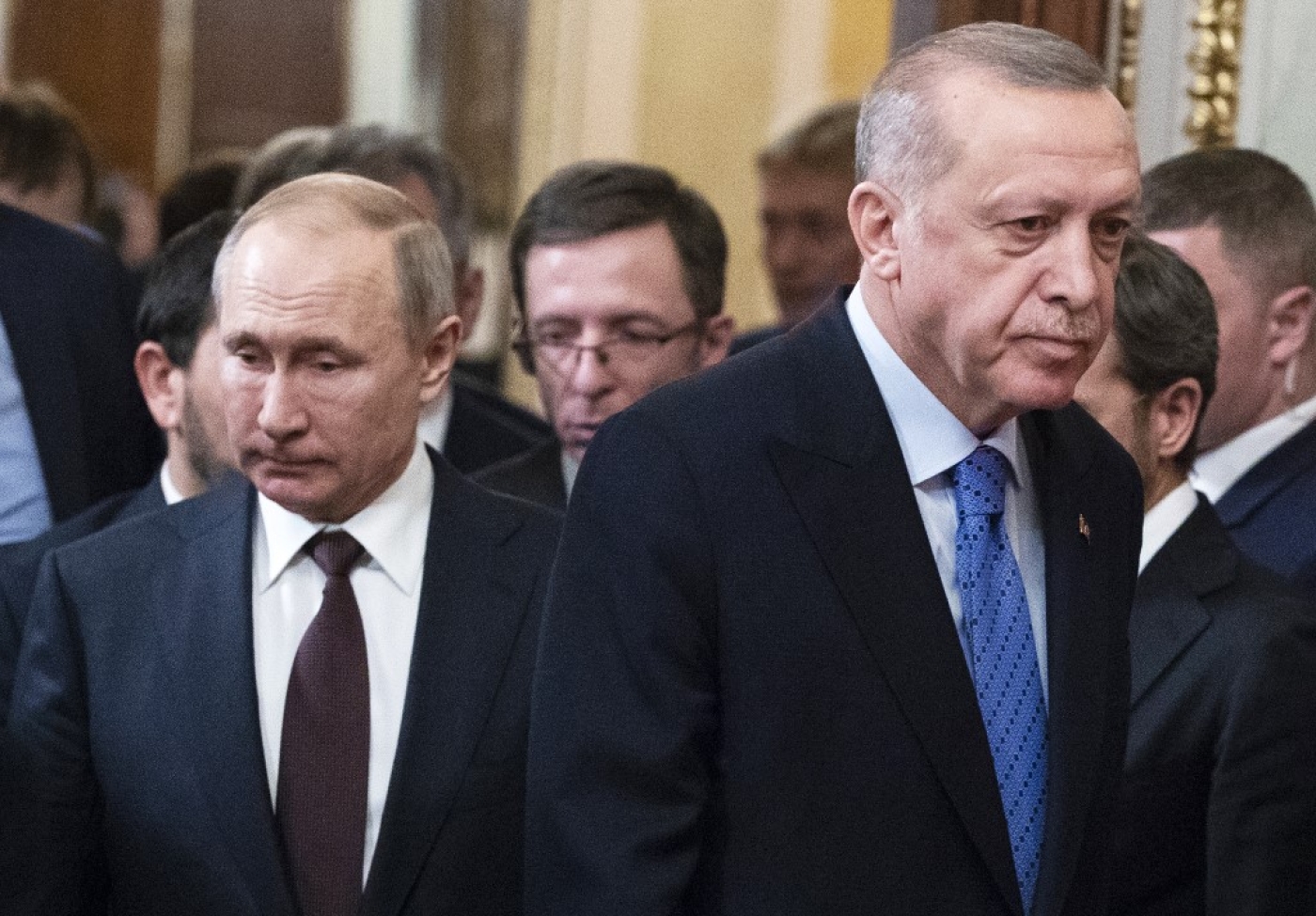 “Russia is, of course, a strategic partner. How many hours would it take for you to travel to Washington? How long would it take to go to Moscow?” Turkish President Recep Tayyip Erdogan asked me almost two years ago in a gathering. “We have joint strategic investments, from pipelines to nuclear reactors. We have joint interests in the defence industry, increasing bilateral trade and tourism, so on and so forth.”

Back then marked a high point in relations between Erdogan and his Russian counterpart, Vladimir Putin. They enjoyed frequent phone calls to shape a strategy for both countries. At one point, they reached a level of trust in which Putin would personally present special reports to Erdogan, for his eyes only.

It wasn’t unusual for Turkey and Russia to enjoy friendly relations, as they had a tendency for decades to “agree to disagree” on many issues. But the burgeoning relationship between Erdogan and Putin was exceptional, especially considering that they had been at each other’s throats in 2015 after Turkey downed a Russian jet.

Erdogan was disillusioned with the West and looking for a more independent foreign policy after the 2016 coup attempt, which he was certain was backed by the West. With Putin, Erdogan had joint interests, such as the Syria crisis, where both countries were leveraging their militaries to restrict the US presence in support of Syrian Kurds. Moscow was working to save the Syrian regime while gradually seizing control of territory, and the US had been an obstacle.

For Ankara, the US-backed Syrian offshoot of the Kurdistan Workers’ Party (PKK) was an existential threat along its border, and it was clear that Syria’s opposition was no longer in a position to win the civil war. A new strategy was needed to keep the refugee crisis at bay, while preventing the emergence of a “PKK state” along the entire northern border.

Erdogan was enjoying his “friendship” with Putin because he felt that, unlike US presidents and officials, the Russian leader was honouring his promises and delivering in many areas, from the controversial S-400 missile defence system sale to pipeline projects.

Fast forward to today, and Turkey is now embroiled in a regional struggle against Russia in three separate countries, stretching from North Africa to the Middle East and the Caucasus. Turkish armed drones have been destroying Russian-made air defence systems, as exposed in footage ridiculing the Russian technology across all three conflict zones.

The erosion of trust between Erdogan and Putin has played an important role in turning the two countries against each other.

The first cracks in the bilateral relationship began to surface in January, when Putin failed to deliver a promised ceasefire in Libya. Renegade general Khalifa Haftar abruptly left the summit in Moscow after Libya’s Government of National Accord (GNA) agreed to a deal, yet Putin continued to militarily support him to protect his own footing in the country.

An angry Erdogan later told the media that Russia was actually leading Haftar’s forces by deploying Wagner Group mercenaries on the ground. As GNA-aligned forces earlier this year ended a siege imposed on Tripoli by Haftar, Putin was busy deploying more warplanes and Syrian mercenaries in an effort to hold onto the oil-rich Sirte.

But the relationship between Putin and Erdogan really went south after the Syria crisis intensified in February. The Syrian regime and its Russian backers ended the fragile ceasefire preserving the last opposition bastion in Idlib, after Putin realised that he had already achieved his aims in Syria last year. The deal he had with Erdogan effectively expired last October, when Turkey launched operations to clear a large chunk of Syrian land of Syrian Kurdish militia fighters.

In response, US President Donald Trump ordered the withdrawal of American forces from northern Syria, effectively ceding the territory to Russian control. With that, Turkey lost its main leverage with Russia. Putin no longer needed Turkey to balance the US presence in Syria, because Washington was already headed out the door.

Russia continued to heat things up in Idlib, with occasional attacks aiming to seize additional territory and to remove the last opposition bastion. As Syrian and Russian attacks on Idlib escalated in March, Turkish observation posts began to be reinforced by Ankara's allied forces.

As the fighting progressed, Erdogan phoned Putin, to no avail. As Erdogan pushed for a halt to the offensive, Putin maintained his position that the Syrian military was conducting a counterterrorism operation, as Ankara had failed to kick radical elements, such as Ha'yat Tahrir al-Sham, out of Idlib. 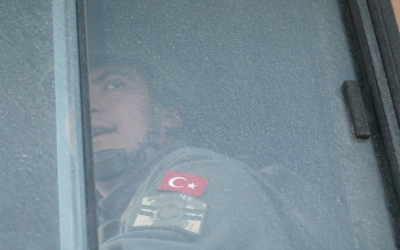 Idlib offensive: Turkey's tradeoffs with Russia put it on the losing side
Read More »

Erdogan threatened a military response to recapture lost territory. The phone calls were tense. Neither side was backing down, and for the first time, Putin wasn’t blinking. A Russian delegation that visited Ankara in the ensuing days even asked Turkish officials to withdraw from Afrin, effectively threatening the control that Turkey established along the northern border.

The conflict in February and March ultimately led to the deaths of more than 59 Turkish soldiers. In one case, Turkish officials believe that a Russian air force attack was directly responsible for killing dozens of Turkish soldiers.

Erdogan stood his ground, but called off a counteroffensive amid increasing concerns over the Covid-19 pandemic in Turkey. He realised that Putin didn’t care about Ankara’s main concerns over a humanitarian crisis and refugee wave to Turkey. He has since courted Washington, suspending activation of the S-400 systems and issuing special export exemptions to ship much-needed ventilator parts and other medical equipment to the US.

Now, Erdogan and Putin hardly talk to each other. Russian diplomats and their Turkish counterparts rarely reach an understanding, let alone an agreement, on any issue.

But Erdogan’s adventurism in Syria and Libya has earned the Turkish military a skill set it never had before. The use of armed drones and proxies backed by Turkish military capabilities have changed the equilibrium in Idlib and on the battlefields of Libya.

That’s why Turkey has been more vocal and directly engaged in the latest Armenian and Azerbaijani clashes over occupied Karabakh. This time, Erdogan didn’t back down when Baku asked for help. Ankara appears more confident in its overseas operations as Erdogan grows more agitated by Putin’s moves against Turkish interests.

Erdogan finally saw the Russian bear in Putin, and he is now moving accordingly, worrying Moscow - because he believes Russia doesn’t care about Turkish interests anymore.

| Turkey Correspondent
MEE’s Turkey correspondent based in Ankara. Previously he was a correspondent for Turkish media outlets Daily Sabah and ATV from both Washington DC and London. He has also contributed work to various news organisations, including CNN and Foreign Policy. 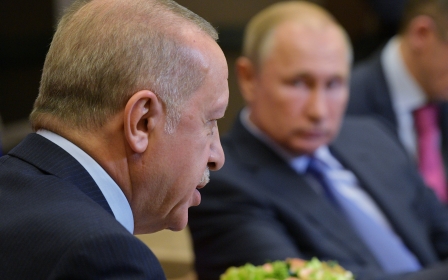 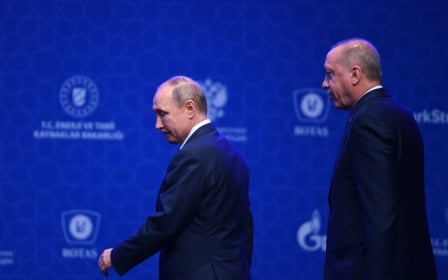 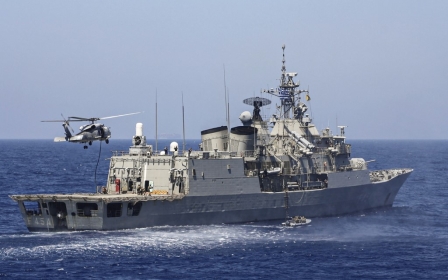