The fall of Turkey's Davutoglu 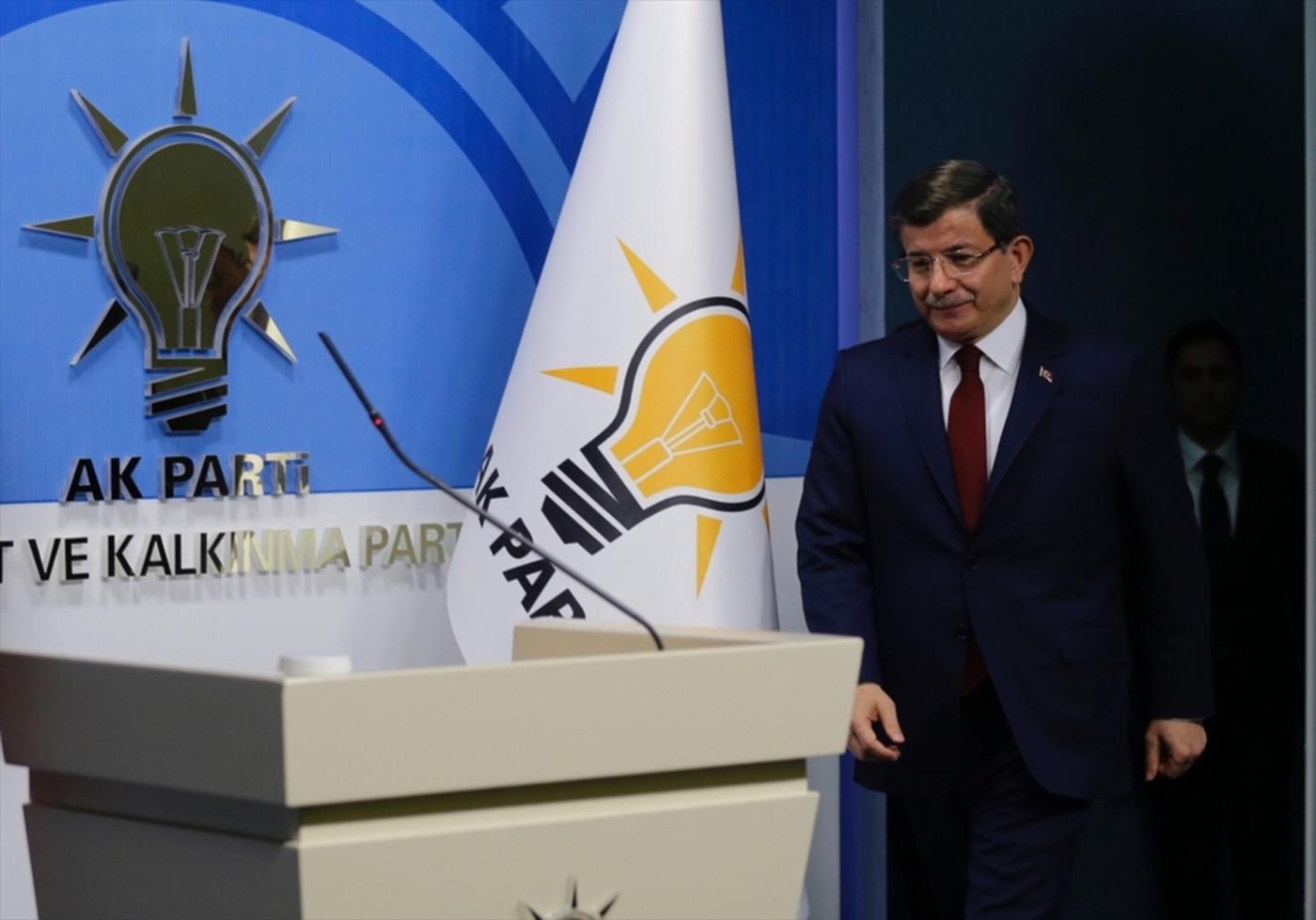 Seldom has a political leader anywhere suffered such an extraordinary swing in his fortunes in a single day. On Wednesday morning, Ahmet Davutoglu, Turkey’s prime minister, learnt that his stubborn bargaining with the European Union over an agreement to curb the flow of refugees from Turkey into Europe had secured a prize no previous Turkish government had been able to obtain: visa liberalisation allowing Turks with biometric passports to travel freely in the Schengen area from next month.

But there was no time for any celebrations. By then Davutoglu knew that his job as prime minister was in jeopardy as he had fallen from favour with his country’s powerful president, Recep Tayyip Erdogan. After a meeting with Erdogan later in the day lasting one hour and 40 minutes, Davutoglu knew for sure of his dismissal.

He planned to reveal the news formally at a meeting of the AKP’s ruling central committee on Thursday morning, but he was denied the chance of doing this when within a few hours of the meeting, authoritative sources – presumably close to the presidential palace - let it be known that his time in office was over: the party was calling a special congress in the next three or four weeks to elect a new leader and Davutoglu would not be standing for election.

So on Thursday morning, it remained only for Davutoglu to confirm this news, add that the conference will take place on 22 May, and bid farewell to his colleagues without answering questions.

It all adds up to a picture of exceptional humiliation for a prime minister who only six months ago won nearly half the country’s votes at a general election. Even if he did not succeed in his attempts at generating personal charisma, Davutoglu is agreed to have been a capable pair of hands who made few mistakes if any during his 20 months in office.

Davutoglu’s error, if there was one, was that he did not accommodate himself sufficiently to the increasingly "ultra-presidential" hands-on style of President Erdogan. Though the law on the Turkish presidency has not been changed and in theory the office is still a non-executive, above party, figurehead position, in practice Erdogan runs Turkey from the presidential palace. All key decisions are now taken there and teams of officials monitor the work of individual ministries.

As prime minister, Davutoglu worked along the parliamentary and ministerial lines of his predecessors. Indeed, like most of the AKP’s old guard he quietly resisted the idea of an executive presidency for as long as he could, declaring his support for it only at the end of March last year - six months after Erdogan had arrived in the presidential palace.

With power increasingly concentrated around the president personally and political influence held largely by a group of Erdogan’s advisers and friends enjoying easy personal access, tensions the president and prime minister were inevitable.

Davutoglu had little chance of countering this difficulty directly but he did display some signs of trying to build up a personal following, for instance by creating a block of four small newspapers which was personally loyal to him. He also gave tiny but clear indications that his personal line on policy was more conventional - more pro-Western as the Erdogan camp saw it – than that of the presidential palace.

In a less personal system, all this might not have amounted to very much but in Ankara today, it appears close to defiance.

Signs of the president’s displeasure at Davutoglu have mounted quickly in the last week. Though he is chairman of the ruling AKP, last weekend he was stripped of the right to appoint its provincial officers. Davutoglu tried to discuss it with Erdogan but was brushed aside. Then came a mysterious internet posting, apparently by a writer close to the Erdogan camp, who accused the prime minister of serial disloyalty to the president, including friendly links with the USA and the West and even of arranging a meeting with the Economist magazine. Worst of all, he had indicated last year that he favoured a vote in parliament to condemn at least some of a group of ministers under investigation for corruption. There was speculation in the Turkish media that Erdogan was furious that US President Barack Obama seemingly snubbed him but showed more willingness to communicate with Davutoglu.

More important than all this however seems to be the desire to speed up the introduction of a new political system in Turkey in which all the reins are firmly concentrated in the hands of the president. There will be a new prime minister, but the three names being mentioned - Binali Yildirim, the transport minister; Berat Albayrak, the energy minister and President Erdogan’s son in law, and Mustafa Sentop, a senior AKP veteran, would all work much more closely with the president than Davutoglu did.

If there is a new leader, then will there also be new general elections, perhaps linked to giving a new presidential constitution a popular mandate. So far the AKP leadership has indicated very firmly in the recent past that it is against holding elections before they fall due in 2019. However some pundits are already predicting that the AKP under its new leader may change its mind and go for early elections.

The times might be suitable. The opposition is in severe disarray with the Nationalist Action Party (MHP) at loggerheads over a deeply unpopular leader who refuses to go and the pro-Kurdish Peoples Democracy Party (HDP) pulverised politically by the war in southeastern Turkey since July and now facing the likely prosecution and imprisonment of its main parliamentary leadership on terrorism charges brought by the government.

Ahmet Davutoglu is likely to remain in the political wilderness after stepping down from office. Apart from his time in government, he will also be remembered for his writings on "Strategic Depth" which promoted a vision of turning Turkey into a global superpower with "zero problems with neighbours". During his time at the helm as a foreign policy maker however, Turkey became locked into an endless civil war in Syria, received an influx of over two million refugees, and apart from a few friends such as Saudi Arabia, is deeply isolated internationally.

Photo: Turkish Prime Minister and the leader of Turkey's ruling party, the Justice and Development Party (AK Party) holds a press conference in Ankara, Turkey on 5 May, 2016 (AA). 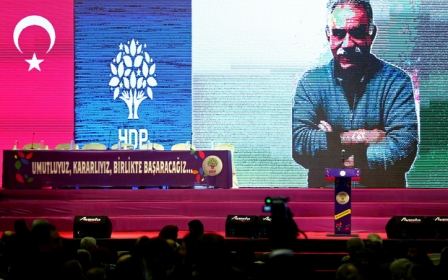 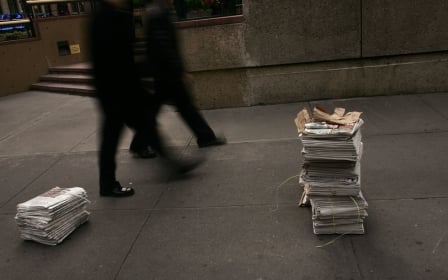 Media
How do you write an op-ed on Turkey in the Western media?
Enes Callı 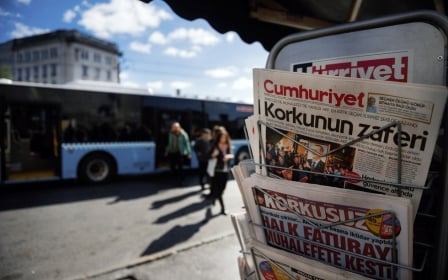