Food, art and literature: How Israel is stealing Arab culture

Nada Elia
Israel has expanded the reach of its cultural theft beyond the historic borders of Palestine, to various Arab countries around it 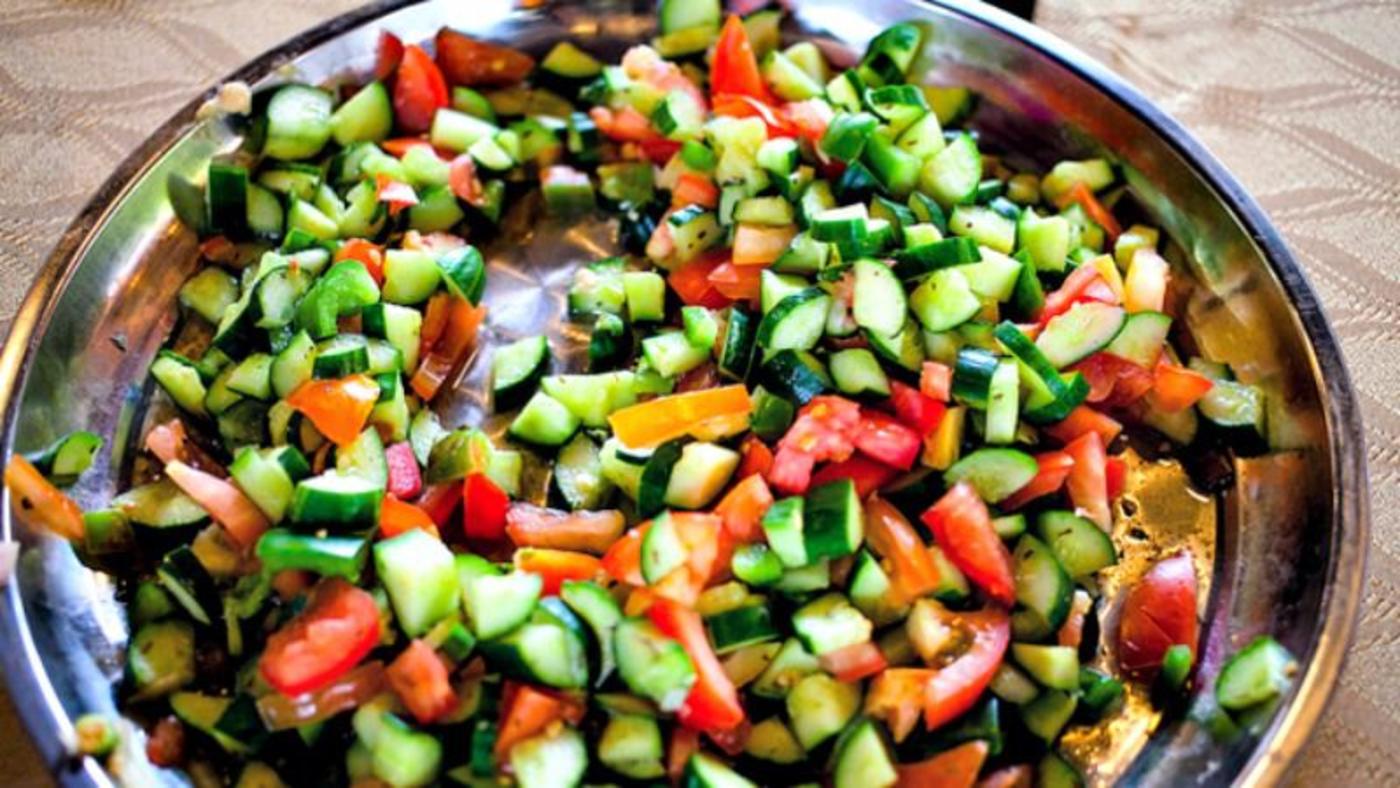 As a settler-colonial country, Israel has industriously sought to erase the existence of the people indigenous to the land it occupies, so as to better appropriate aspects of their culture that make it "local", rather than implanted.

Since food is historically a place-based cultural production, Israeli cuisine prides itself not on bagels, lox or gefilte fish - all European in origin - but rather on falafel, hummus, olive oil and the modest but delicious tomato and cucumber salad that accompanies most Palestinian meals.

More recently, Israel has expanded the reach of its cultural theft beyond the historic borders of Palestine, to various Arab countries around it. This theft, arrogantly acknowledged as such, was on display in July in Tel Aviv, where a startup gallery opened its first exhibition, brazenly entitled "Stolen Arabic Art".

The gallery explained: "We are showing the works in the exhibition in Israel without the artists' knowledge or consent, acutely aware of this act of expropriation. By delineating these political and geographic boundaries we wish to call attention to Israel’s exclusion from the Middle East family."

Organisers claim this "exclusion" is in part due to the success of the boycott, divestment and sanctions (BDS) movement, which calls for an academic and cultural boycott of Israel until it stops violating international law and the human rights of Palestinians. "We wish to promote a shared reality marked by open dialogue and exchange throughout the Middle East, without wars, occupation, or any borders," the exhibit description says.

In an interview with Hyperallergic, a New York-based website devoted to discussions of art and culture, exhibition curator Omer Krieger said the goal was to take the artwork "hostage," thus forcing the artists to "negotiate". "We want to break the boycott … I hope that the artists will appreciate the sophistication of this action, that they will understand its purpose and create contact with us," Krieger said.

By stealing from various Arab countries, Israel is confirming what it is: an outsider with no respect for cultural boundaries and a start-up colonial nation with aspirations to imperial grandeur

Krieger is best known for his work from 2011 to 2015 as the artistic director of the Under the Mountain art festival in Jerusalem. According to Hyperallergic, that project, funded by right-wing patrons and the Israeli government, was criticised for art-washing the city's violent reality, including the ethnic cleansing of its Palestinian population.

Exhibit organisers clearly fail to understand that they cannot endear themselves to "the Middle East family" by violating artists' rights to their own intellectual work. Indeed, it is precisely Israel's history of theft, dispossession and appropriation that has led to its exclusion. More of the same crimes cannot help.

Yet, more of the same is happening in another artistic realm, as one Israeli publishing house, recently published an anthology of short stories by 45 women from various Arab countries and the global Arab diaspora without their consent. The anthology, entitled Hurriya (“Freedom”), was not advertised as a book of "stolen stories", even as the publisher reportedly later acknowledged that many of the authors had never been asked permission to include their work.

'We take it as their salvation'

Palestinian writer Khulud Khamis, who lives in Haifa, says she first became aware of the theft when she was invited to participate in a panel discussion of the book. As she browsed its table of contents, she suspected that the included authors had not been informed that their work would be translated, and reached out to them.

Khamis used her Facebook page to expose this appropriation, and many of the authors included in the anthology expressed extreme displeasure at the theft of their intellectual property. The publishing house has since removed the title from its online catalogue.

As Khamis was organising online, reaching out to the included authors, activist Roni Felsen said she contacted the publishers - only to be told that the editor believed they were doing these women a favour; indeed, saving them!

Felsen posted details of her conversation with the publishers, who apparently told her: "These women are putting a call out to the world … Who will hear the cries of these women? In the past, these women could cry out in their kitchen … or in the field, heard only by God maybe? Now somebody is taking these cries, translates them and voices them here in Israel … It’s important to us that the voices of these women are heard …We take it as their salvation."

How exactly does stealing women’s stories and translating them - poorly, according to Khamis, who is fluent in Hebrew - without consulting them, "save" these women's lives?

As Khamis told Hyperallergic: "These writers are not screaming in their kitchens or in the fields, and they are definitely not waiting for the white male saviour to 'save' them. These are all strong women - activists, human rights defenders, many of whom hold advanced degrees in various fields. Their creative works have been recognised both nationally and internationally.

"Taking the writers' words and creations, translating and publishing them into Hebrew - without their knowledge or consent - is the very opposite of ‘saving’ them. They [the publishing house] have robbed these women of their agency, silenced them, and disregarded their right to make a choice regarding their works."

The heart of colonialism

Theft is at the core of every colonial enterprise. The museums of the former imperial powers are full of art stolen from former colonies, from Africa to Asia and beyond.

By stealing from various Arab countries, Israel is confirming what it is: an outsider with no respect for cultural boundaries and a start-up colonial nation with aspirations to imperial grandeur, rather than what it so desperately wants to be seen as: just one of the "locals".

The publication of an anthology of Arab women’s writing, edited and translated without their permission, displays a particularly offensive aspect of imperial hubris. This attitude was most aptly described by Gayatri Chakravorty Spivak in "Can the Subaltern Speak?", a classic essay in postcolonial studies that references "white men saving brown women from brown men".

The included authors - the standard term, "contributors", would be wrong in this context - are taking effective action, as opposed to "crying out" in their kitchens. The only thing they may be screaming about is the theft of their intellectual property.

- Nada Elia is a diaspora Palestinian writer and political commentator, currently working on her second book, Who You Callin’ ‘Demographic Threat?’ Notes from the Global Intifada. A professor of gender and global studies (retired), she is a member of the steering collective of the US Campaign for the Academic and Cultural Boycott of Israel (USACBI).

Photo: A traditional Arabic salad of chopped tomato and cucumber has been renamed Israeli salad in Israel (Flickr) 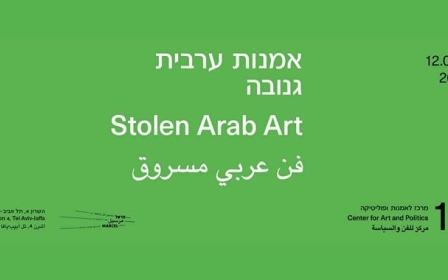 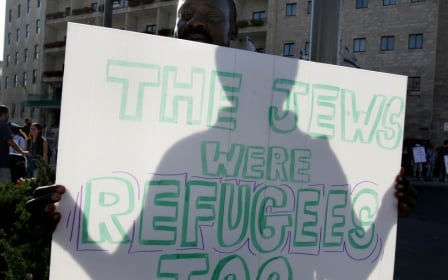 Stealing Palestine: A study of historical and cultural theft