George Floyd crisis: UK must also reckon with its own history of state violence

Azfar Shafi
The greatest gift of the people's rebellion is to puncture the illusion of the all-knowing, all-powerful state institution 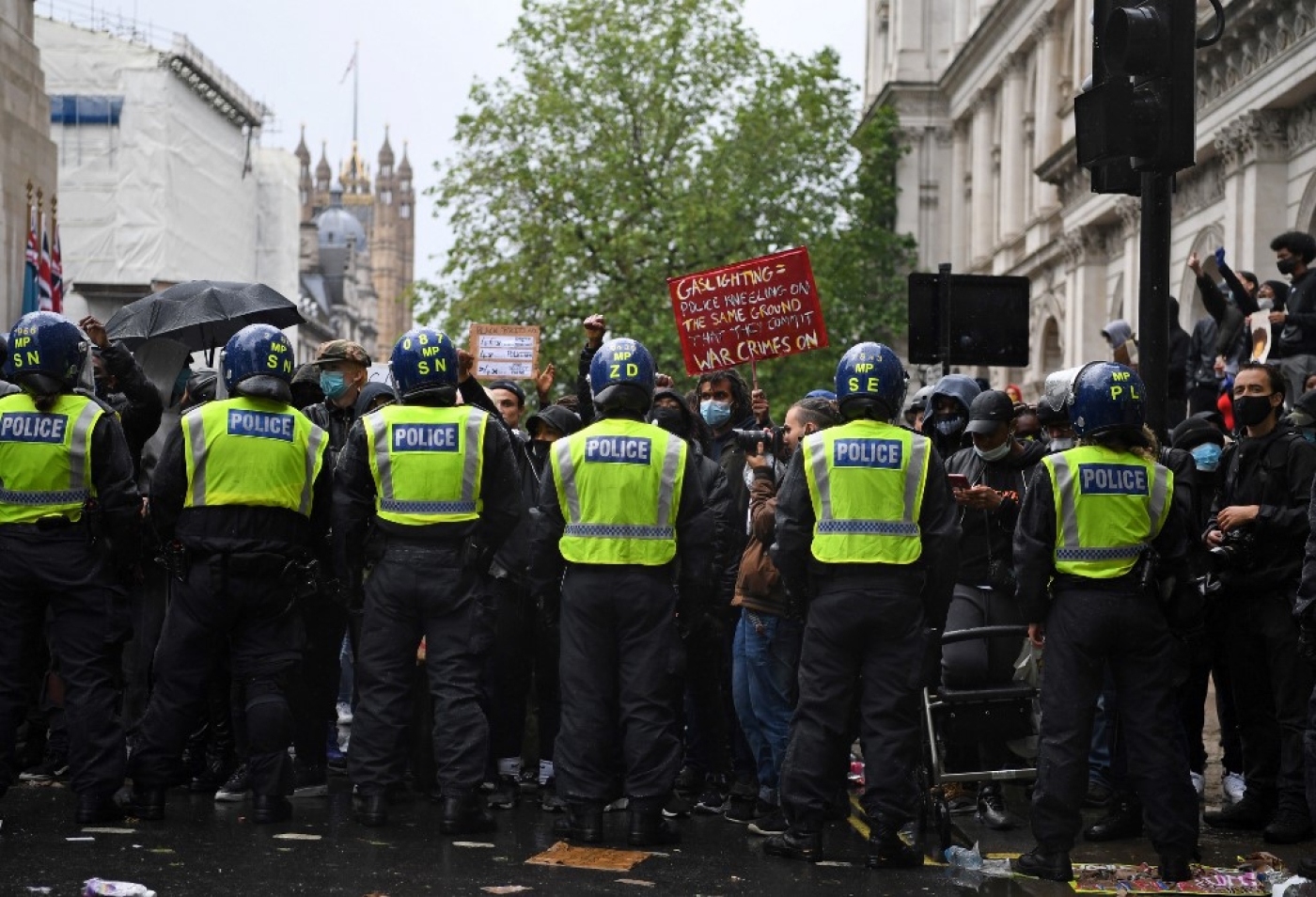 The Tet Offensive in January 1968 and the tenacity of Vietnamese resistance against the US empire inaugurated a global upsurge across East and West, spurned by growing disillusionment with the postwar settlement, the politicisation of a youth coming into political maturity and localised indignities.

During this time period in the US, amid the radicalisation of the Black struggle and anti-Vietnam War movements, the assassination of Martin Luther King Jr sparked rebellions in dozens of cities.

In 2020, the murder of George Floyd in Minnesota by police has sparked one of the largest waves of US protests since then, with cities around the world joining in solidarity amid the crushing weight of their own socioeconomic deprivation, political dysfunction and the unprecedented coronavirus disaster.

People in the UK have also been politicised by this upsurge - and this time around, they appear well prepared to fend off predictable dismissals about why “British police are different”.

We must talk about state violence in Britain and the triad of institutions that comprise it: police, immigration enforcement and the security sector

We have seen UK deaths-in-custody campaigner Marcia Rigg interviewed in Elle magazine, George the Poet’s powerful intervention on BBC Newsnight, and a spate of articles highlighting that the UK is far from innocent on the question of police violence.

Banners and placards held aloft at the massive Black Lives Matter demonstrations this weekend memorialised deaths in British custody, while the sight of mounted police charging, provoking and kettling young protesters until the early hours of the morning belied British police’s claims of benevolence.

Between them, and alongside the concerted work of groups such as the United Families and Friends Campaign (UFFC) and Inquest, activists in Britain have gradually become more familiar with the names of the thousands killed by the British state: from Smiley Culture to Sarah Reed, Demetre Fraser to Dalian Atkinson, Joy Gardner to Jean Charles de Menezes.

But now, the conversation needs to go further. While we absolutely need to push back against the tendency to externalise police violence as a “foreign” issue, we also need to expand the conversation to address British state violence on its own terms and history.

Beyond talking about relative figures or intensity, we must talk about the character of state violence in Britain and the triad of institutions that comprise it: police, immigration enforcement and the security sector - along with the private profiteers that feed off them all.

These institutions have ensnared Black, brown and working-class individuals in cycles of violence, despair and death for decades. British state violence in its totality has seen 1,741 deaths following police contact since 1990. Thousands more have been deported, detained, pursued and persecuted at the hands of various agencies.

These pillars of state violence mutually reinforce one another, and there is a circulation of tactics and techniques among them - not least, use of the media spectacle of the “gang member”, the “illegal immigrant”, or the “terrorist” menace to justify their continued existence and to bargain for extended powers.

We must address how the flooding of Black communities by police in the 1970s mirrored immigration enforcement’s harassment of migrant communities - who, in former Prime Minister Margaret Thatcher’s words, were “swamping” the country.

The creep of armed police

We must address how often Black deaths in state custody, such as that of Kingsley Burrell, followed detentions under the Mental Health Act - and how this is reflected in the fatal inequities within the institutions of the welfare state, which coronavirus has made clear.

We must address how security company G4S oversaw the 2010 death of deportee Jimmy Mubenga, as well as caging people in both immigration detention centres and Birmingham’s Winson Green prison, which under its watch became the most violent prison in the UK. 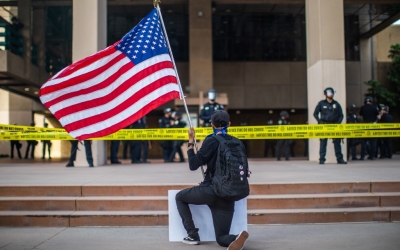 The discussion must also factor in how increased securitisation and militarisation against a seemingly perpetual “terror threat” has helped to usher in the creep of armed police in the UK, normalising a shoot-first-ask-questions-later approach. While 10,000 new prison places were announced last year, new legislation - such as the Counter-Terrorism and Sentencing Bill - is expanding the reach of the prison regime even further.

We can gain strength from organisations in Britain that have campaigned against the police and state violence that has for too long thrived in the shadows of its Atlantic counterparts, from the aforementioned UFFC, to the Network for Police Monitoring, the Northern Police Monitoring Project and the Monitoring Group.

We should equally draw lessons from how the British state has defused, defanged and disoriented opposition to police violence - from the regular barrage of smears and disinformation after police killings, to the post-Scarman inquiry proliferation of volunteer “racial awareness training” to combat institutional police racism.

Our movement against state violence must organise according to the imperatives of our local struggles, and against the political economy of state violence. Racism and state violence can be tackled by disrupting and dismantling the forces implicated in it: police, the military, and arms and security companies.

And while the issue may be structural, certain individuals in that structure stand out for particular blame. Cressida Dick, now commissioner of London’s Metropolitan Police Service, oversaw the operation that murdered Brazilian Jean Charles de Menezes in 2005; Boris Johnson, as London mayor, purchased water cannons to brutalise potential unrest; and now-Labour leader Keir Starmer used his role as director of public prosecutions to push for the draconian, fast-tracked sentencing of youths involved in the summer 2011 rebellions.

The greatest gift of the people’s rebellion is puncturing that illusion - as is the case in the US now, as was the case for a few hot days in August 2011, and as long-term organising can ensure remains the case going forward.

Azfar Shafi
Azfar Shafi is a London-based researcher for CAGE, and his focuses include counter-terrorism, policing and British state racism. 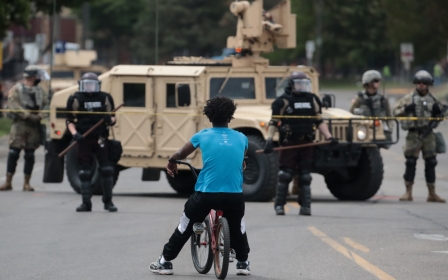 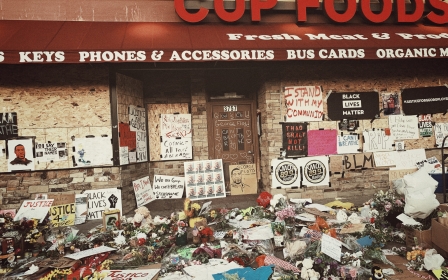 US Protests
'We can't breathe until we're free': Palestinians stand in solidarity with US protesters 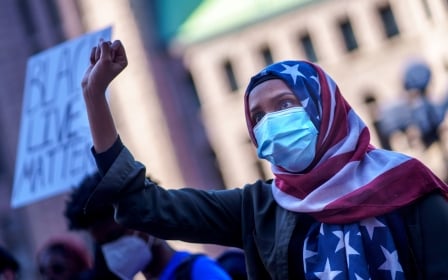