How the Birthright movement is losing young American Jews 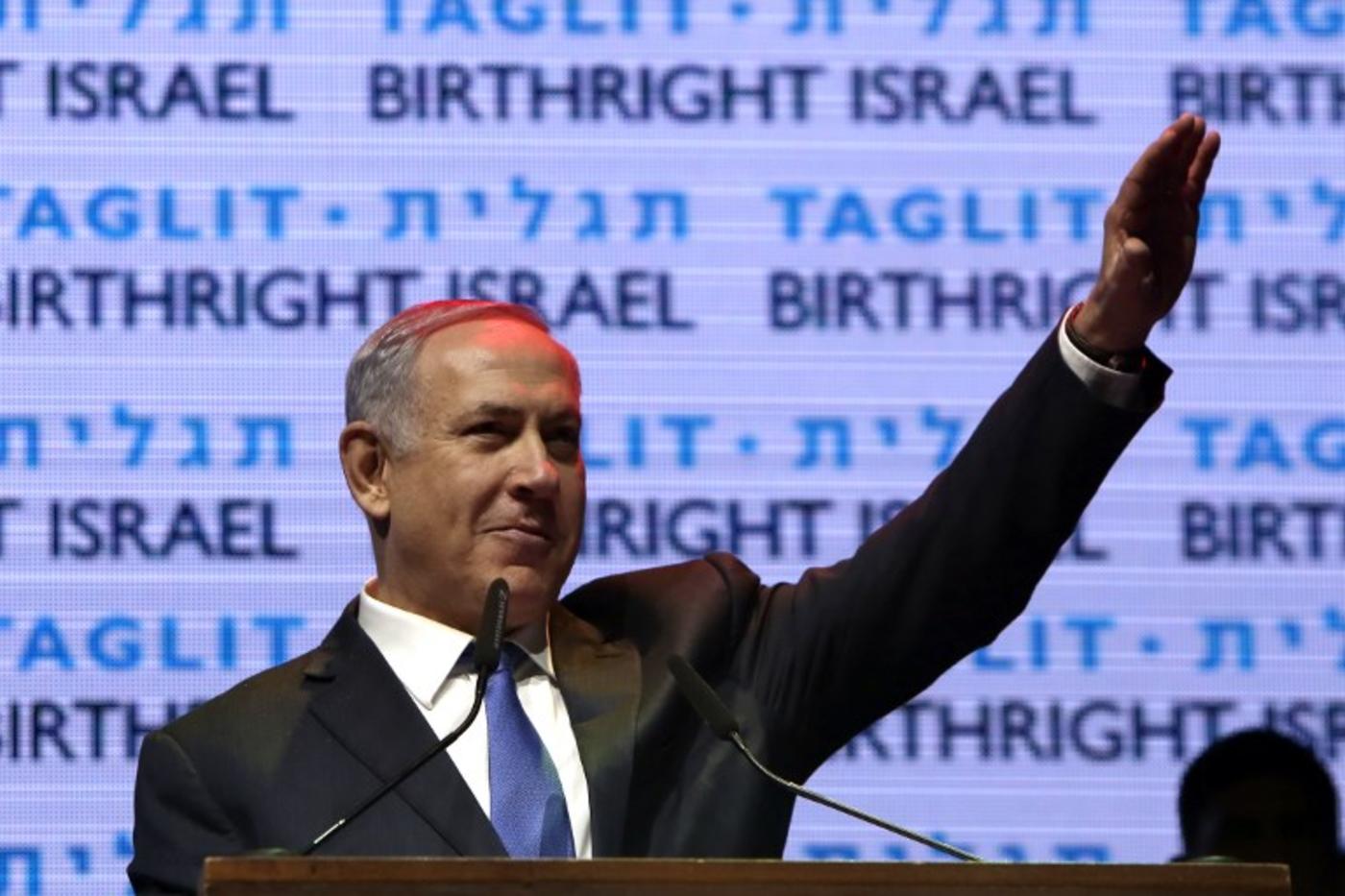 For decades, a debate has raged in the Jewish diaspora about how to preserve the identity of Jewish youth for coming generations. Rabbis and Jewish communal leaders have long wrung their hands in the face of high levels of Jewish intermarriage, believing that a Jew who marries a non-Jew is essentially lost to the Jewish people.

At one time, Jewish leaders argued that education was the key to guaranteeing "Jewish continuity". Wealthy donors poured hundreds of millions of dollars into designing curricula, funding teachers and subsidising Hebrew schools.

Nationalism rather than religion has become the mantra. In effect, Birthright has replaced Judaism with Israel

They also bankrolled summer camps for the Conservative, Reform and Orthodox movements, which offered social and educational experiences for young Jews. The goal was to strengthen Jewish identity by creating bonds with religious sources and opportunities for Jewish romantic relationships and eventually families.

But in the last two decades, two Jewish billionaires and a Israeli Labor Party bigwig forged a very different path. Sheldon Adelson, the billionaire gambling magnate, and Michael Steinhardt, a Wall Street hedge fund manager, pioneered what came to be known as Birthright. Adelson alone has poured more than $410m into the venture since 1999.

In addition to Steinhardt’s donations, he created the Steinhardt Social Research Institute at Brandeis University to study Jewish issues. The faculty of the Steinhardt institute have dutifully produced academic research confirming the miraculous impact of Birthright trips on participants, trotting out charts and surveys showing how Birthright produced dramatic increases in the levels of affinity of tour members for Judaism.

Respondents tended to favour marrying Jewish spouses and raising Jewish offspring. They also favoured observing Jewish rituals, joining Jewish organisations and attending synagogue. Of course, these results were based on the expressions of study participants who had just completed a highly intensive indoctrination programme. The researchers focused far less on results elicited from participants years or even decades later.

Last week, five Birthright participants announced their departure from the trip and said they planned to go to Hebron to join a tour by Breaking the Silence

The Israeli who developed the Birthright concept and recruited Adelson and Steinhardt to support it was Yossi Beilin, a young protege of Shimon Peres. Had Peres been able to maintain a Labor Party government after Yitzhak Rabin’s assassination, Beilin and a few similar young political disciples would have been in line to succeed him and lead the nation.

Unfortunately, things did not work out that way. Peres lost the election, and Labor gradually dissolved into various factions and rivalries. The Labor elder statesman eventually abandoned the party itself to join Ariel Sharon’s breakaway party, Kadima.

But Beilin had other ideas. Birthright was one of them. He and his donors had no patience for the incremental approach of the past, which sought to build institutions and personnel over the long term in a campaign to strengthen Jewish identity.

None of these architects of the new approach had any traditional religious background or interests. They were largely secular Jews, for whom religion meant very little. With what they perceived as a declining Jewish birthrate and rising rates of assimilation, they believed a radical change was necessary.

As a result, they developed what came to be known as Birthright. It eschewed religious identity and replaced it with a national identity: Israel. Young Jews would no longer be encouraged to learn to be traditional Jews, to study sacred texts, or even to learn Jewish history. If they did any of these things, it would only be in the context of Israel and how they related to it.

Every diaspora Jewish youth would be offered a free two-week trip to Israel. The programme began with scores of sponsoring organisations from Reform to Orthodox, and included non-religious Jewish groups as well. Each group coordinated its programming with Birthright, but was offered some flexibility in terms of which Israelis the tour participants met, where they travelled, etc.

There were, of course, the requisite visits to Bedouin tents and camel rides, pilgrimages to the Western Wall, and sunbathing at Tel Aviv's beaches. But they could also visit Israeli-Palestinian villages and meet with local leaders and families.

Gradually, the sponsoring groups were narrowed down to only 10, most of whom were Orthodox. The official Reform programme was cancelled last year by the Israeli group. Tours may no longer visit with non-Jewish Israelis; they were never permitted to meet West Bank Palestinians.

So far, more than 600,000 diaspora youth have completed Birthright trips. It's a massive number, considering there are roughly 14 million Jews throughout the world.

Birthright has also involved a massive disruption in the traditional Jewish model of promoting education as the primary means of preserving identity. Instead, it has substituted Israel as the locus of Jewish identity.

Nationalism rather than religion has become the mantra. In effect, Birthright has replaced Judaism with Israel. Though sociologists at Brandeis have trumpeted the effectiveness of the programme, many Israelis and Jews remain dubious.

Under Trump, the Israel lobby is a Hydra with many heads
Jonathan Cook
Read More »

One of the earliest dissenting voices was Kiera Feldman's essay in The Nation, The Romance of Birthright Israel. Now, several US Jewish groups have developed a counter-campaign, Birthright: #NotJustaFreeTrip. The movement, called If Not Now, is a youth affiliate of Jewish Voice for Peace.

Both groups, which espouse progressive platforms regarding the Israeli-Palestinian conflict, object to the nationalistic indoctrination offered on Birthright trips, saying trip members get a severely skewed perspective on Israel and its relations with its Arab neighbours.

Just before the summer tour season began, If Not Now launched a new campaign aimed at educating Birthright participants about what they are missing when they join such a trip. Group members met a departing Birthright tour at a New York airport, sparking an angry reaction from a tour leader, who tore up the group’s literature.

This sort of hostile response tends to support the claims that Birthright is a propaganda mission, rather than a venue for open discussion or debate.

Earlier this year, when If Not Now protested outside the Birthright annual fundraising gala featuring the Adelsons as honorees, Steinhardt publicly gave them the finger in a dramatic and derisive gesture.

Last week, five Birthright participants publicly announced their departure from the trip and explained their reasons. They said they planned to go to Hebron to join a tour by Breaking the Silence, an Israeli human rights NGO dedicated to exposing the misdeeds of the Israeli occupation.

Jewish communal leaders and Israeli ministers saw the protest as a betrayal, a slap in the face to the wealthy benefactors who offered them a free trip to see the wonders of the Jewish state. They railed against their impertinence.

Israeli leaders ... are known to believe that US Jewish support for Israel will drastically decrease as this younger generation comes into leadership roles

Most Jewish youth, however, didn’t see things that way. Polls show that attitudes towards Israel among Jews under 30 are decidedly more liberal and negative than those of their parents and grandparents. One of Israel's leading progressive intellectuals, Avrum Burg, cheered the protest in a Forward op-ed.

Israeli leaders, such as Prime Minister Benjamin Netanyahu, are known to believe that US Jewish support for Israel will drastically decrease as this younger generation comes into leadership roles in the community. In their place, Netanyahu has cultivated Christian evangelicals and the Republican Party as Israel's new US patrons.

This poses a threat to nearly 75 years of support for Israel among US Jews. During that time, an almost mystical bond has developed. I spent two academic years studying Judaica at the Hebrew University in the 1970s and 80s under this spell.

Israel has always relied on the Israel lobby in the US to oppose legislation deemed hostile to Israeli interests. It has recruited large segments of the Orthodox community as settlers to pioneer the blocs built on former Palestinian land. As a result, some of the most virulent and violent Israel settlers are immigrants from places like Brooklyn's Borough Park and Crown Heights.

Now, that link is weakening, except among the Orthodox. If it breaks, will evangelical Christians and right-wing Republicans prove as tenacious and effective in their advocacy? 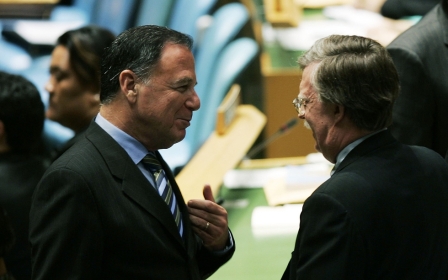 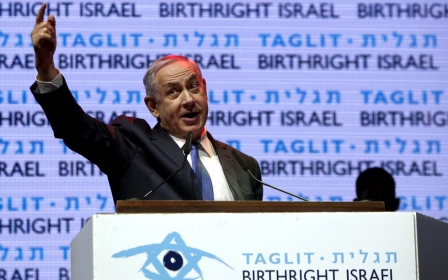