How the British media is supporting Macron's anti-Islam campaign 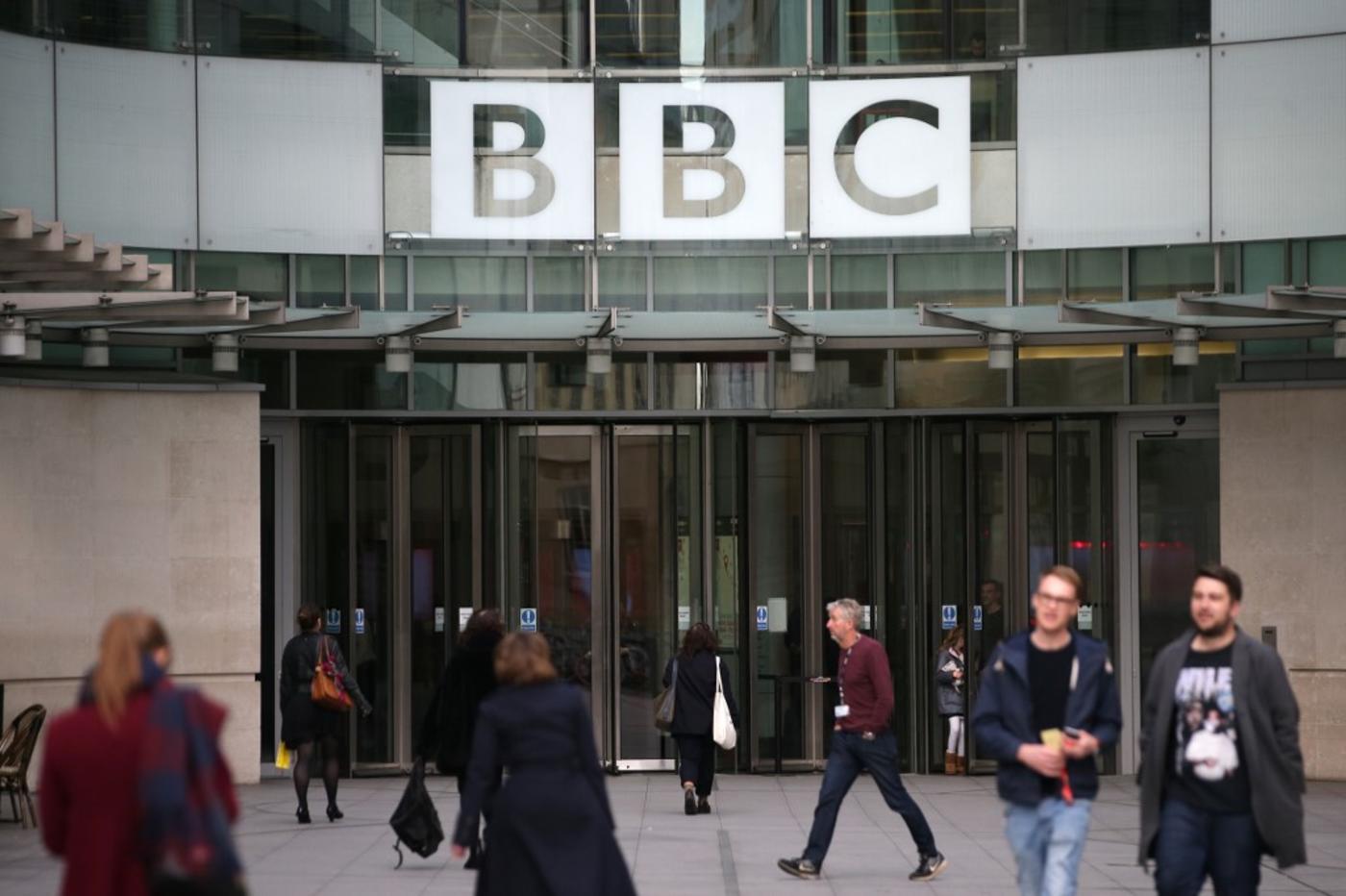 The BBC's London headquarters are pictured in 2017 (AFP)

French President Emmanuel Macron’s “Islam of the Enlightenment” project took on a new urgency after the killing of schoolteacher Samuel Paty. Macron has hit out at anyone even mildly critical of his approach, including the US media, for whom he reserves a special disdain.

The critical approach of the US media towards this episode stands in sharp contrast to the faithful approach taken by its British counterparts in regards to Macron's Muslim project. This includes what Muslims can think about their faith, what they may complain about, and even how they want to educate their children. While the US media has raised the alarm over this level of thought-policing, most British newspapers have given it a thumbs-up.

On Wednesday, Macron’s bill "supporting Republican Principles" was confirmed by the French council of ministers and will soon be debated in the National Assembly.

An editorial in the UK's Times newspaper urged “unqualified support” for the crackdown, lauding the French government’s plans to ban home schooling and to prevent foreign imams from training preachers in France as “a self-defence mechanism for a democratic state”. Now we hear that French children are to be given identity numbers, faithfully reported as a measure to prevent them from “the clutches of Islamists”.

You would think policies that resemble aspects of the Chinese oppression of Uighur Muslims might warrant more than repetition of the government narrative.

Praise for this crackdown is no surprise from a newspaper that has attacked and printed false stories about British Muslims, but additional enthusiasm came from the centre-left Guardian, which notably accepted Macron’s claims that he was setting up new laws “against religious separatism”.

Nods to the security apparatus were also found in the Telegraph, in its latest push of the idea that Muslims throughout “the rest of Europe” are as problematic as those in France. The Spectator, meanwhile, lamented that Macron was standing “alone” in making conditions harder for Muslims, not content with the fact that those tasked with challenging such unbridled power are standing right beside him.

A comparison between US and UK media shows just how servile those closer to home have been for Macron. The New York Times, with which the president and the French media have taken particular umbrage, ran a factual story about the police killing of Paty’s murderer - in sharp contrast to British news sites that, weeks before Paty’s killing, published unverified reports alleging that a man had shouted “Allahu Akbar” as part of a bomb threat at the Eiffel Tower. The reports were later shown to be false.

Macron has targeted the US media because, unlike its British counterparts, it has dared to question his government’s crackdown on France’s Muslim citizens. Columns have explored the context of Macron’s policies, including as an electioneering tactic to outwit the far-right. There has also rightly been debate over the policy of laicite as a cover for anti-Muslim racism.

Meanwhile, Macron’s paper of choice, the Financial Times, censored a column that caused him chagrin, instead publishing the president’s evidence-light letter, including the claim that his country had “districts where small girls aged three or four are wearing a full veil”.

The US media has allowed a plurality of viewpoints and not simply danced to the president’s tune, nor hailed him as the international champion of free speech. The ensuing disdain among the British commentariat shows its near-unanimous reverence for the security state.

Research from the investigative outfit Declassified UK has shown how the country’s national print media publishes “selective information supporting the priorities of policy-makers” in the UK. This service apparently now extends across the English Channel. From arbitrary arrests to terrorising schoolchildren, French state overreach barely gets a mention.

The French education minister, meanwhile, accuses universities of being beholden to “Islamo-leftist” ideology; no attempt has been made to scrutinise this term or explain why a politician would use it. The notion of “Islamo-fascism”, a favourite of neoconservative war propagandists, is increasingly pushed by anti-Muslim commentators.

The aim is to fuse the crazed acts of mostly lone individuals in a post-9/11, post-Iraq invasion, post-Arab Spring and post-Islamic State world, with the worst excesses of European fascism, most brutally enacted by governments on the continent not all that long ago.

'Enemy of the republic'

When the French interior minister, Gerald Darmanin, announced that he would dissolve the Collective Against Islamophobia - calling it an "enemy of the republic", despite the organisation’s clear condemnation of the attack on Paty - the BBC referenced such groups as having a “humanitarian front” while “behind the scenes very much creating mini-communities in France”.

The scorn for those who may want to defend this blatant trampling of the civil rights of French Muslims is clear: “Without a doubt, there will be an accusation coming soon from the left, from Muslim groups, that this is knee-jerk, that you can’t just close down associations which, whatever you think of them, do have a humanitarian side as well,” the report continued. 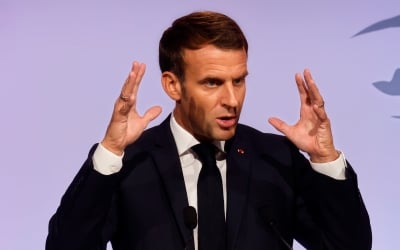 France's 'crisis' with Islam: A legacy of 200 years of colonial brutality
Read More »

Muslim leaders with dubious credentials, whose views are unrepresentative of most Muslims, are given a disproportionate voice and presented as a “moderate” alternative to the mainstream - or, in media speak, the “extreme”. Extremists might include Muslim children requesting halal foods at school - a “soft” sign of Islamism. In reality, the row over school lunches was a tactic employed by right-wing politicians to effectively tell Muslim children that to be truly French, they must eat pork.

Despite this uniformly pro-security and pro-France line, the British commentariat remains less than satisfied. The Telegraph’s Charles Moore lamented that it was “shocking how little attention” was paid in Britain to the killing of Paty - a view echoed by the Mirror and iNews. Just two weeks earlier, iNews ran a disingenuous attack on Muslims over whether sex and Islam were compatible, because some had the gall to object to sacred texts being choreographed in a lingerie show by the singer Rihanna.

Meanwhile, columnist Melanie Phillips called out the media for cowardice in the face of Islamists, and separately lauded French writer Eric Zemmour in her regular column. This is the same Zemmour who declared that Muslims should choose between France and Islam, and who praised the Great Replacement theory, a driving force behind some of the world’s most deadly white supremacist attacks.

The British media’s reporting on religious concepts under a security paradigm extends to making the impossible possible. Take, for example, the Daily Mail parroting the words of Darmanin when he accused a parent of issuing a “fatwa” against Paty. The story failed to clarify that a layperson cannot issue a religious ruling or fatwa. It’s just the latest example of how Islamic vernacular is manipulated to fit orientalist imaginings of a barbaric culture in which hijabs mean oppression, madrassas are centres of indoctrination, and fatwa literally translates to “death sentence”.

The acceleration of the French government’s plans to create a “French Islam of the Enlightenment” - by giving French Muslim leaders 15 days to “admit” that Islam is an “apolitical religion” - has spurred more willingness among left-leaning media to question the contradictions of the French state’s policy.

Yet, in the early rounds of hysteria, as politicians used Paty’s murder to target a minority, it was left to the online magazine Spiked, no friend of Islam, to question the French state’s attempt to “uphold our belief in free speech by censoring those who disagree”. The fact that it was left to an online magazine to question the French government’s authoritarian approach is an indictment of the mainstream media and its enthusiasm for France’s crackdown on its Muslim citizens. 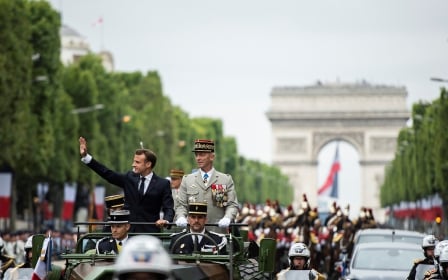 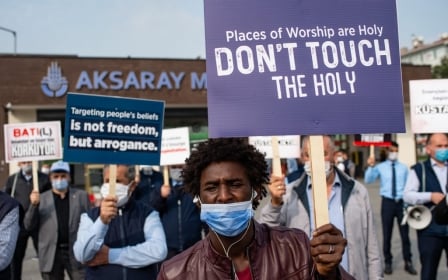