Joe Odell
On the fifth anniversary of the UAE 94 trial, the country remains plagued by structural economic imbalances, an underdeveloped north and increasing autocracy 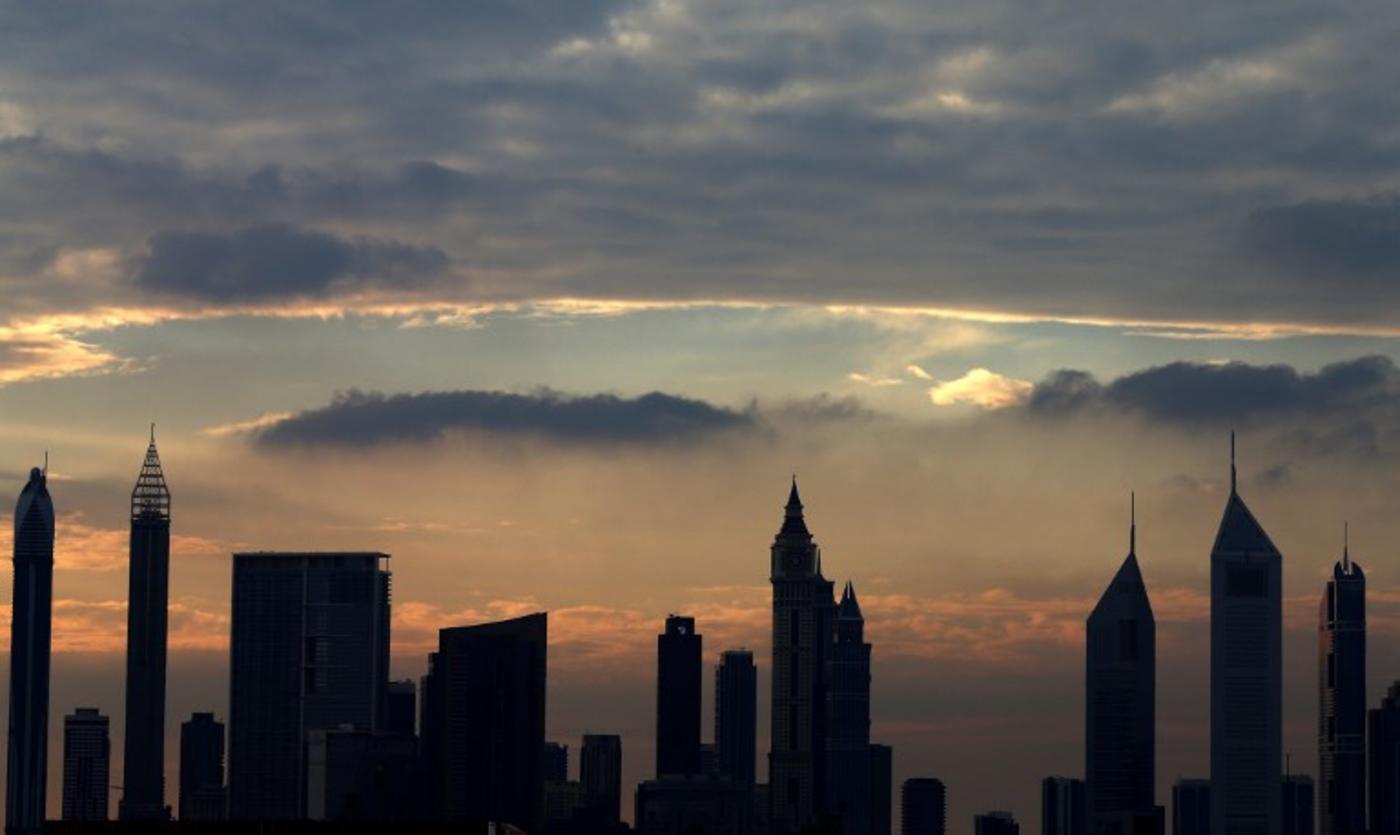 Five years ago last month, 94 social and political activists in the UAE stood accused of conspiring to overthrow the government after signing a petition calling for democratic reforms. The case of the UAE 94, as it came to be called, became a watershed moment for state-sponsored repression in the Emirates.

In an overtly political show trial from which international media and legal observers were banned, the UAE 94 were charged with attempting to establish a parallel organisation, Dawat al-Islah, with an aim of overthrowing the Emirati government.

The Emirati regime's rule is no longer guaranteed through hegemony and consent alone, but increasingly by its ability to monopolise the tools of repression

The prosecution evidence essentially rested on the defendants' political beliefs and the involvement of some with the local group Al-Islah, which means "reform" in English. Al-Islah, which claims to be a peaceful organisation, had for decades formed part of the political landscape in the UAE until its members' removal from positions of power in the early 2000s.

The reasons for this remain contested. Many argue it was fundamentally due to the group's push for democratisation of the political system. However, the regime's line, as put forward at the trial, was that Al-Islah's historical links and ideological sympathies with the Muslim Brotherhood effectively made its members enemies of the state.

The beginning of the end

Two years earlier, in March 2011, the "UAE 94" defendants had signed a petition calling on the Emirati government to institute a relatively modest set of democratic reforms. Grounding their demands in the UAE's constitution, they called for a fully elected Federal National Council with full regulatory powers and universal suffrage, the retreat of the security state, and basic human rights within the existing framework of a constitutional monarchy.

Over the course of 2012, the signatories were rounded up in late-night raids by plainclothes security officials and detained without arrest warrants. According to Human Rights Watch, 64 of the 94 were held at undisclosed locations for up to a year in some cases, without access to a lawyer or family visits.

In a damning report produced after the trial, the International Commission of Jurists concluded that proceedings had fallen “well below international fair trial standards”. It cited the lack of a proper legal counsel for the defence, a failure to investigate allegations of torture, and reliance on evidence obtained through the use of forced confessions.

Culminating in the conviction of 69 Emiratis of various political stripes and ideological persuasions, the case of the UAE 94 was to mark the beginning of the end for the UAE's short-lived pro-democracy movement, which had begun to find its voice as similar calls reverberated across the region in 2011.

The UAE is rarely discussed in the same tone as the Arab Spring. With a global reputation as an international business hub and first-class tourist destination, it is generally considered an oasis of stability, with Dubai's “global city” status often heralded as the ultimate neoliberal success story in the region.

The glitz and glamour of Abu Dhabi and Dubai all too often conceal the highly autocratic nature of the Emirati state. Around 2009, Emiratis began to air their frustrations at the fact that political liberalisation had seemingly not arrived on the coattails of a liberalised economy, as the advocates of neoliberal reform had posited.

State-sponsored repression has resulted in the UAE now having one of the highest rates of political prisoners per capita anywhere in the world.

The decades-old social contract, underpinned by the distribution of oil rents to its small national population, was enough to insulate the UAE regime from the large-scale street movements seen in the wider region. But issues such as corruption, a lack of democratic accountability and the increasingly coercive nature of the security state began to irk sections of the educated class.

This was coupled with an attitude among the younger generation, who came to view economic concessions from the regime as minimal basic rights rather than, as many had considered these in the past, a “gift” in return for political quiescence.

Meanwhile, among the more conservative and less well-heeled layers of society, persistent differentials in development between Abu Dhabi and Dubai and the relatively poorer so-called “northern” Emirates of Ajman, Sharjah, Umm al-Quwain, Fujairah and Ras-Al Khaimah were becoming a source of much discontent. High rates of unemployment and a lack of investment in housing and infrastructure led a 2011 Gulf States News editorial to describe the situation across the north as a “ticking time bomb” in which its citizens had increasingly little to lose by “rocking the boat”.

Clamping down on freedom of speech

Thus, like elsewhere in the region, alienation borne from both socioeconomic and political dislocation was to provide the backdrop for the UAE's opposition movement. This led Gulf specialist Kristian Coates Ulrichsen to conclude that “the primary threat of Al-Islah lay less in its political demands and more in its potential to draw upon narratives of economic distress and lack of opportunity that had proven such a potent tool of mass mobilisation in Egypt, Tunisia and elsewhere in the Arab Spring”.

It was within this wider context that the Emirati regime paid serious attention to what was, in reality, a relatively weak political opposition. So much so that in 2011, The New York Times revealed that the crown prince of Abu Dhabi, Mohammed Bin Zayed, had drafted a private army of Columbian mercenaries built by Erik Prince, the billionaire founder of private military contractor Blackwater.

Among other things, the mercenary force was tasked with “putting down internal revolts”. This army is now fighting in Yemen.

Since the UAE 94 case, Emirati authorities have clamped down heavily on freedom of speech and assembly within its borders. Central to this process has been the development of a sophisticated police state built with the most up-to-date technologies acquired from a range of international defence and arms companies.

At a legislative level, this has found an expression in both the 2012 cybercrime law and the 2014 anti-terrorism legislation. These vaguely worded laws have effectively provided a legal basis for the regime to imprison government critics. Since their institution, scores of people in the UAE have been arbitrarily detained, forcefully disappeared and in many cases tortured over social media comments critical of the state.

This state-sponsored repression has resulted in the UAE now having one of the highest rates of political prisoners per capita anywhere in the world.

In many respects, the UAE's crackdown on peaceful dissidents culminated last year with the imprisonment of prominent Emirati economist Nasser Bin Ghaith - currently serving a 10-year sentence for comments on Twitter - and the arbitrary detention of award-winning liberal human rights defender Ahmed Mansoor, who remains in an unknown location without access to a lawyer.

Originally detained as part of the "UAE Five" from April to November 2011, Bin Ghaith and Mansoor are widely credited as the key architects behind the UAE's pro-democracy movement.

In 2009, they founded an online discussion forum, uaehewar.net, where thousands of Emiratis debated the political and social issues of the day. Before it was eventually taken down by authorities, it constituted a key part of the fabric of what was a small, but burgeoning, civil society in the UAE. Prior to his arrest last year, Mansoor frequently referred to himself as the last person talking about human rights in the country.

A long-term plan for the Emirati regime must revolve around dialogue, engagement and reforms

Indeed, in today's UAE, there is next to nobody openly speaking out about such issues. It seems that for now at least, "liberal authoritarianism" has the upper hand in the Emirates.

However, as is the case across the region, the Emirati regime's rule is no longer guaranteed through hegemony and consent alone, but increasingly by its ability to monopolise the tools of repression. As countless episodes in history show, this cannot be a sustainable form of government.

On the fifth anniversary of the UAE 94 trials, the issues that gave birth to the Emirati movement still remain: structural imbalances across the Emirati economy, an underdeveloped "northern" Emirates, and, of course, an increasingly autocratic state. It is only a matter of time before this underlying discontent finds expression once again.

A long-term plan for the Emirati regime must revolve around dialogue, engagement and reforms.

Photo: A picture taken on 4 April 2016 shows the skyline of Dubai at sunset (AFP) 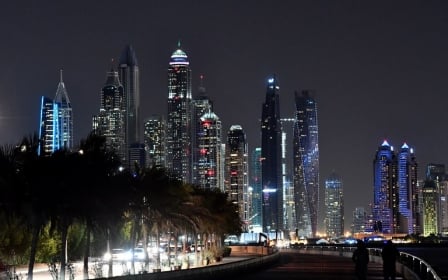 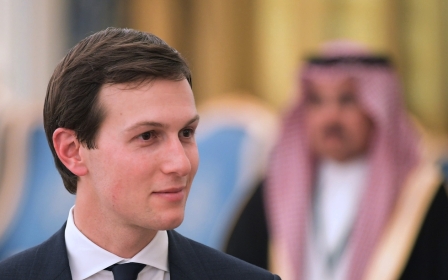 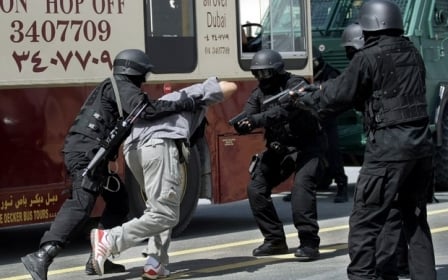 GCC
Businessman victim of torture in UAE fights for justice