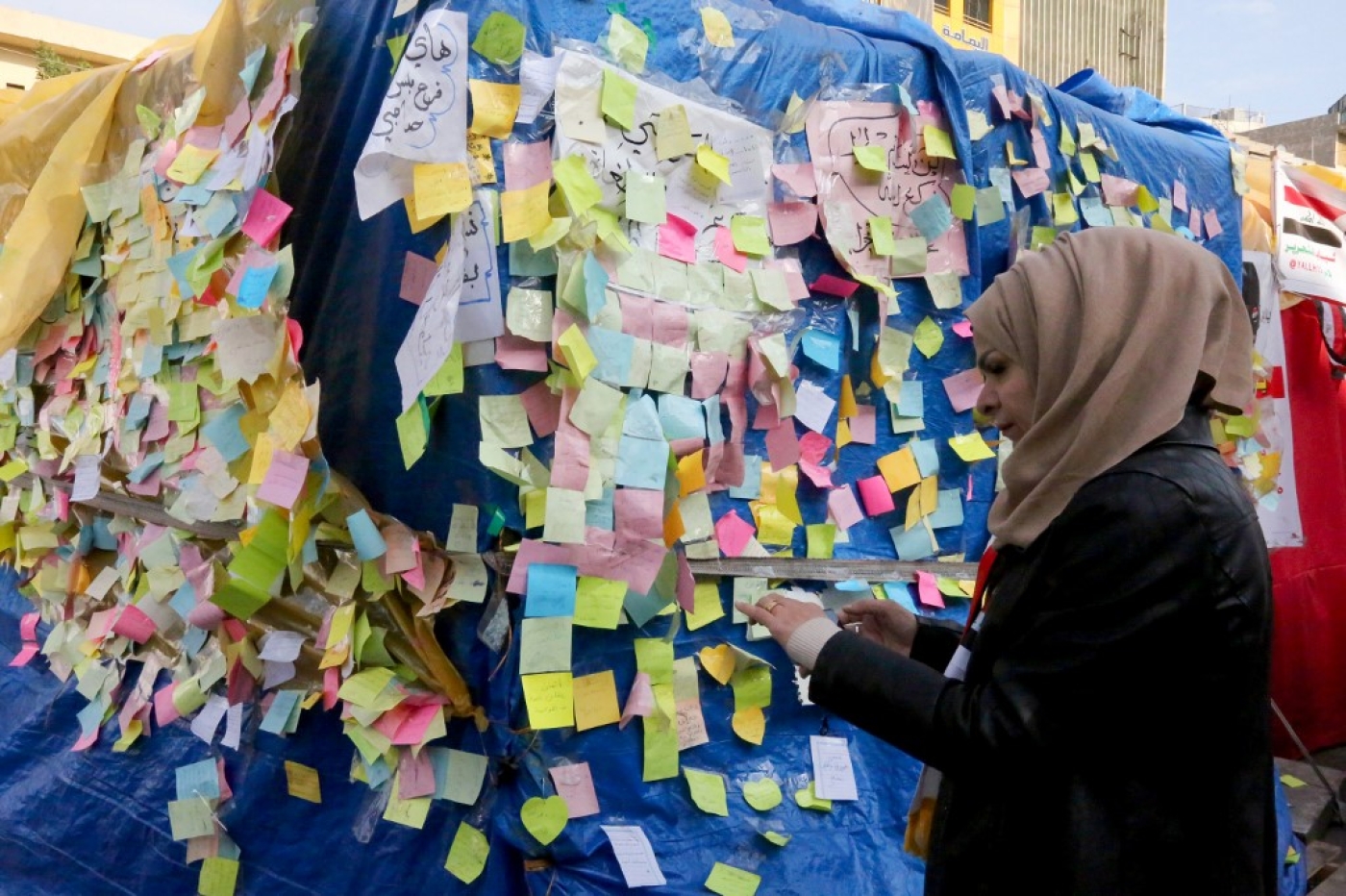 In the tents of Baghdad’s Tahrir Square, young protesters are eager to talk about their experiences with the revolutionary uprising that started in October.

But recent developments, including US air strikes, the US embassy attack, the assassinations of Iranian military leader Qassem Soleimani and Popular Mobilisation Forces (PMF) commander Abu Mahdi al-Muhandis, and the Iranian attack on two US military bases in Iraq, have put protesters in a difficult spot.

Powerful militia leaders are believed to be responsible for the bloody repression of Iraq’s peaceful uprising, with hundreds killed, thousands wounded, and many others detained or missing. Yet, the Iraqi political elite has accused the US of driving the massive popular uprising.

The uprising calls for Iraq’s unity and sovereignty, refusing Iranian and US influence. Under the slogan “We want a homeland”, protesters are demanding a functioning state with equal services and rights for all citizens. They are denouncing the Iraqi political elite’s corruption, sectarianism and nepotism, along with militia attacks on journalists, civil society and women activists.

Protesters are demanding a new government, new electoral laws, a new constitution and the prosecution of political leaders accused of corruption and the killing of peaceful protesters. As this political elite is tied to Iran, slogans against Iranian influence have been prominent.

The October uprising is revolutionary; it is an unprecedented, inclusive movement for a common struggle

The protesters in Tahrir Square are politically mature and cautious of any form of instrumentalisation. While there were some scattered, spontaneous expressions of joy over the news of the assassinations of Soleimani and Muhandis, most protesters remained cautious.

Protesters released a statement expressing their determination to remain in Tahrir and to honour the memories of the martyrs who made the ultimate sacrifice for their country. Without mentioning Iran or the US, the statement denounced attacks on Iraq’s sovereignty and international law, reiterating demonstrators’ stand for “Iraq first” and defending national interests. Noting that the post-2003 political process was responsible for Iraq’s weakness, protesters called on security forces to protect them.

In the protest squares all over the country, especially in the southern provinces, it is common to see young men severely wounded, or walking with a wooden leg. Many are former PMF fighters who battled the Islamic State (IS) after Mosul’s fall in 2014. Several told MEE that they had been deeply affected by that war, and were disappointed with a political leadership that had turned their sacrifices into a narrow political struggle benefiting the elite.

They come from humble households, and instead of being rewarded for their service as they had expected, they returned from the frontlines of Mosul to a life of poverty and hardship. They have now chosen the path of peaceful protest, where they have faced deadly attacks from security forces and militias, from tear gas to live ammunition.

The October uprising is revolutionary; it is an unprecedented, inclusive movement for a common struggle, incorporating a wide strata of the population, from the poor and working classes to the educated middle class. University students, workers' unions and young civil society activists have joined forces.

Baghdad’s Tahrir Square functions like a miniature society. Through inclusive collective organising, protesters have created unity around a sense of shared belonging to the homeland. More than a political uprising that addresses issues of political representation and elections, protesters are promoting creative strategies at the social and societal levels.

Individuals from diverse backgrounds have similar demands, refusing both the elite’s sectarian politics and corruption, and the rule of militias, who threaten the rule of law and state power. Protesters insist on the restriction of weapons to the Iraqi security forces. But such demands have been seriously challenged since the US strikes, as various armed groups and militias - some of which were inactive - are now ready to regroup and strike back.

Anti-US sentiment has long been used by militia leaders to justify their existence and rule, especially in a context where they are perceived as Iranian agents. The US air strikes have given them an opportunity to reassert their power and legitimacy, harming protesters’ struggle for a demilitarisation of political forces and the restriction of weapons to state forces. 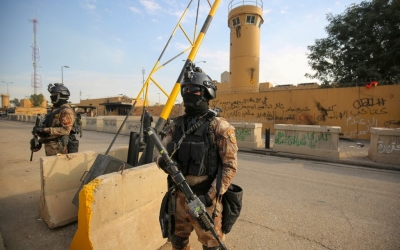 Iraq embassy protest: Trump has been drawn into a battle he can't win
Read More »

Moreover, US Secretary of State Mike Pompeo’s statement instrumentalising anti-Iran sentiment in the protests has put demonstrators at further risk of being accused of being US agents, undermining their determination to steer clear of foreign intervention.

The immense political crisis into which these events have plunged Iraq is delaying the political process that the protesters have been fighting for, and for which many have died.

The appointment of a new prime minister and the organisation of new elections are no longer a priority, with various factions now eager to take up arms against the US again, and to use the political crisis to their own advantage.

In the past few days, peaceful protesters were victims of violent attacks at the hands of supporters of Soleimani and al-Muhandis, in Baghdad, Basra and Nasiriyah, where two protesters were killed. Militia members are exploiting the crisis to smash the protest movement and impose their political views.

Iraqi civilians have paid a heavy price for the 2003 US invasion and occupation of their country and its dreadful consequences on their lives, from the destruction of the Iraqi state - already weakened by a decade of UN sanctions - to the imposition of a communal political system that plunged the country into a sectarian war, leading to the rise of IS.

The October uprising is a heroic attempt by ordinary Iraqis, mostly youths, to reverse the post-2003 political dynamics

Iranian hegemony over Iraq is also a direct result of the US invasion and occupation. Iran-backed armed groups and militias, now considered terrorists by US President Donald Trump’s administration, were once US allies during the fight against IS.

The exacerbation of US-Iran tensions is turning Iraq into a proxy war battlefield and plunging it once again in a cycle of violence.

Iraqis have been through decades of wars, starting with the eight years of bloody war with Iran in the 1980s, followed by the destructive 1991 Gulf war, the US invasion and occupation in 2003, the sectarian war in 2006-2007 and the invasion of IS and the war against the militants.

The consequences of these cycles of armed violence and militarisation are incommensurable. Iraqi bodies, psyche and collective memories are shaped by these traumatic experiences.

If some voices in the US and across the world express their rejection of a new war, protesters point out that the post-2003 "war" - US invasion and occupation - never actually ended.

The October uprising is a heroic attempt by ordinary Iraqis, mostly youths, to reverse the post-2003 political dynamics - to claim Iraq’s unity and sovereignty, strengthen state institutions and provide services equally to all citizens.

The protest mantra is "Iraq first, no to America, no to Iran, no to war". The current crisis, however, undermines what they have been fighting - and dying - for.

Zahra Ali
Zahra Ali is a sociologist and Assistant Professor of Sociology at Rutgers University-Newark, author of "Women and Gender in Iraq". You can follow her @ZahraSociology 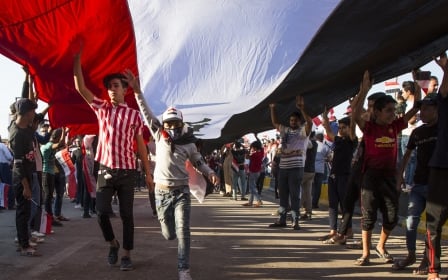 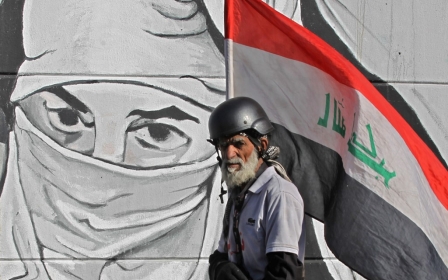 Politics
The Arab uprisings in 2020: There is no return to the old status quo
Alain Gabon