'An industry in denial': How the UK media promotes Islamophobia 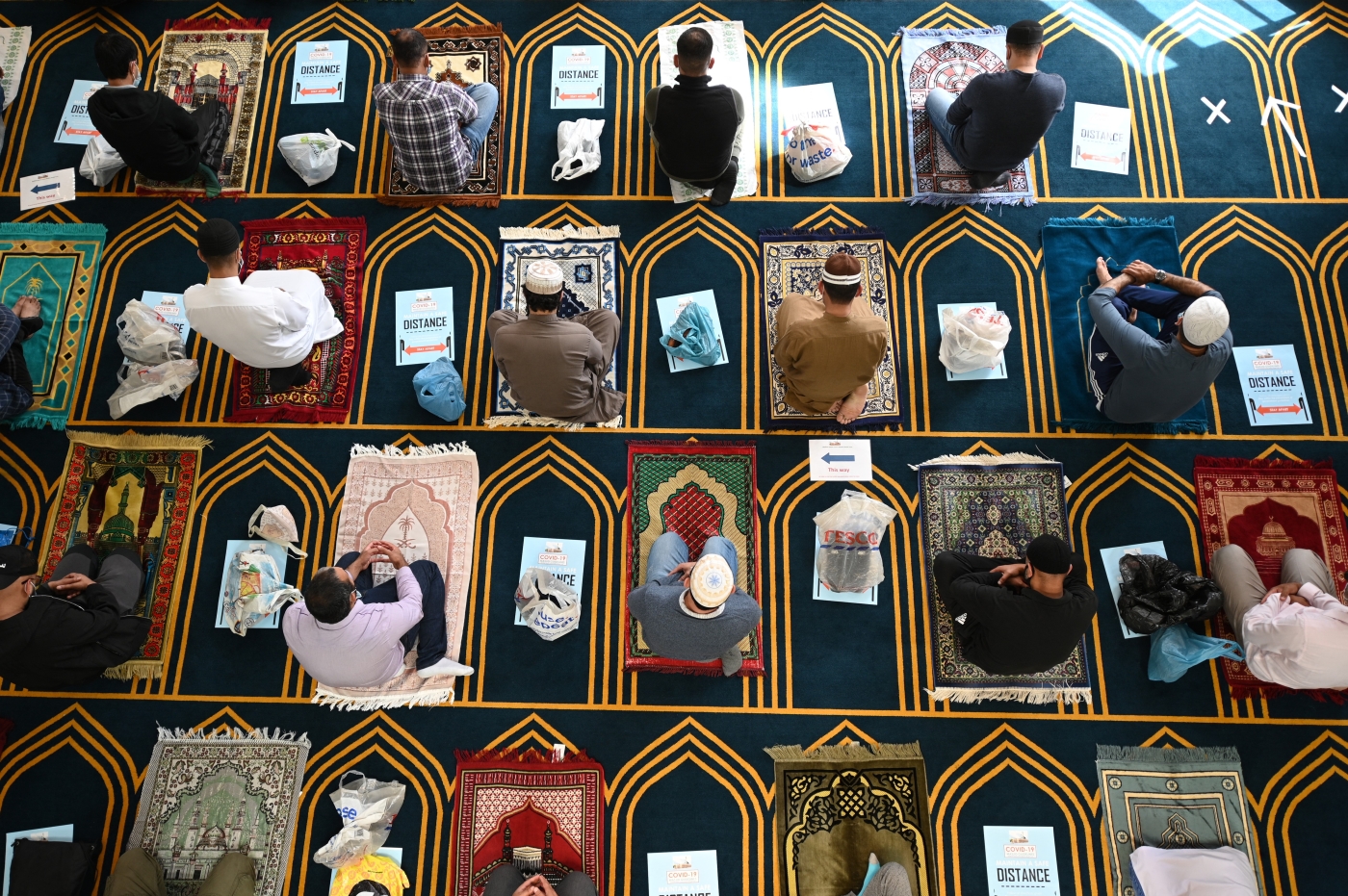 The Society of Editors may not be known for comedic genius, yet its claim that the UK media is not bigoted is not only absurd, but laughable.

So self-righteous was the statement by the society’s executive director, Ian Murray, that the editors of the Guardian, Financial Times and HuffPost all objected to it. More than 250 journalists, writers and broadcasters of colour have signed an open letter describing the statement as proof of “an institution and an industry in denial”. The society has since pledged to be part of the solution, perhaps aware of just how barefaced its attempt at grandstanding was.

The evidence is plentiful, and it isn’t only domestic analysis or observation pointing to the UK media’s bigotry. Several years ago, a UN report on the refugee crisis found that Britain’s right-wing media “was uniquely aggressive in its campaigns against refugees and migrants”. This aggressiveness is largely a proxy for the media’s favourite racism: bigotry against Muslims.

For Muslims, the UK media’s bigotry goes beyond the sneering, name-calling and hypocrisy in its coverage, and the misrepresentation of their beliefs. In perpetuating tropes and fabricating stories that are the envy of the far right, it has made conditions harder for them as citizens.

If cancel culture exists, then the British media are its most active purveyors and Muslims its most egregious victims - facing everything from being forced to apologise for terrorist attacks, to being linked to crimes they know nothing about.

If you can no longer openly berate people for their skin colour, then attacking their supposed values and beliefs is the new way to proclaim your superiority

Examples of Islamophobia among journalists are plentiful and, as if on cue, a 600-word apology by columnist Julie Burchill to Ash Sarkar appeared on Tuesday to evidence this point. It isn’t simply the tropes Burchill launched at the young journalist, accusing her of being an "Islamist" and "worshipping a paedophile" among other things, but, as Sarkar herself has written, the media coverage cast Burchill as the victim. Her abuse was described as “comment” whilst the episode was framed as an example of cancel culture.

Another example is the case of Waj Iqbal, a former council taxi licensing officer who was subjected to a Mail on Sunday exclusive that accused him of being a “fixer” for paedophiles. The allegations cost him his livelihood, kept him from his children and contributed to the collapse of his marriage. And he isn’t alone in being falsely accused: various other instances in recent years have led to damages being paid to Muslim individuals.

The Telegraph claimed it acted in “good faith” when it falsely maligned a Muslim scout leader with almost every anti-Muslim trope in circulation: antisemitism, oppressing women, standing against “British values” and promoting terrorism. The Times, now notorious for its anti-Muslim agenda, has its own roll-call of libel payouts to individuals, having wrongly claimed that a Muslim banker supported female genital mutilation, just months after levelling false accusations against an imam who challenged Prime Minister Boris Johnson.

And it’s not just outside of newsrooms where conditions are increasingly inhospitable, as Muslim journalists have been documenting the demands made of them. Recently, the Brussels correspondent at the Financial Times revealed that she was asked by a senior member of the Society of Editors board “to go to my ‘local mosque’ to find some Isis bride-wannabes”. Among other things, this shows how the successful integration of Muslims into cohesive communities is used against them.

Meanwhile, the narrative of “Muslim grooming gangs” is continually peddled, despite academic research and even the government’s own report showing it to be “a scandal with no substance”. This has led to Muslim journalists being trolled with “what about the grooming gangs?”.

Journalists of colour respond to @EditorsUK denial. "The blanket refusal to accept there is any bigotry in the British press is laughable, does a disservice to journalists of colour & shows an institution & an industry in denial." Proud to be a signatory. https://t.co/GtfAK6jDri

And it’s not just newspapers, but also broadcasters who partake in the blame game under the guise of scrutiny. This past Sunday, journalist Aina Khan was accused on the BBC’s Big Questions of undermining the victims of terrorist attacks just because she dared to raise the double standard of scrutiny faced by British Muslims.

Not all Muslims are subject to such robustness; some elicit favourable treatment from the media, making their trade out of generalisations and promises that Muslim extremism can be tackled by reforming Islam, turning would-be scrutinisers into fans over the course of an interview.

Last year, the normally inquisitorial journalist Emma Barnett was said to have “framed” imam Taj Hargey as “a saviour of British Muslims” on BBC radio - the same Hargey who has previously propagated far-right myths, such as the emergence of an “Islamic Republic of Britain”, and for whom Pizza Express’s halal chicken signified “covert religious extremism and creeping Islamic fundamentalism”.

Even when the country was supposed to be coming together to tackle Covid-19, headlines peddled fear of “huge spikes” during Ramadan. This was no accident, considering one of the main purveyors of anti-Muslim rhetoric has openly declared that it was okay to describe Muslims as “different”.

And despite all that has transpired over this extremely difficult year, just this past this week, baseless allegations that Muslims weren’t taking the pandemic seriously were still being defended in the Mail on Sunday.

With most stories on Muslims focused on the topic of terrorism, the curbing of civil rights has already followed. It was even used as an early foray in the campaign against Meghan Markle, when her praiseworthy campaign of producing a new cookbook alongside women from a West London mosque for the victims of the Grenfell Tower fire was headlined: “Duchess’s mosque linked with 19 terrorists”. Quite apart from the fact that the men under suspicion had not been convicted of terrorism, the message was clear: Markle was hanging out with the wrong type of people. 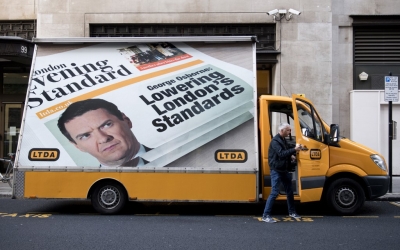 There is undoubtedly a hierarchy of racism, where Islamophobia is not just accepted, but a standard by which newspapers and broadcasters now do business. This is a world in which Muslim “Islamist” prisoners are not the same as other prisoners; where Muslim parents calling for the same things as “non-threatening” Christians and Jews are portrayed as militants; and where Islamophobia in the Conservative Party cannot be compared with alleged antisemitism in Labour without eliciting accusations of what-aboutery.

It is a world where, without any evidence, it can be said on national television that radicalisation is happening in Islamic schools, mosques and other community settings, and that “Sharia courts” operate a parallel legal system to which authorities turn a blind eye.

This creates an environment where a four-year-old Muslim boy can be referred to the government’s “anti-extremism” Prevent strategy, and an airline’s chief executive can openly advocate extra checks on Muslim male travellers. It has also led to an absurd situation where people who consume meat often reared in horrific circumstances have the audacity to claim that they are better than their fellow carnivores, because they somehow kill the animal better.

What this latest episode with the Society of Editors shows is that professionals of colour now have the ability to hold major institutions to account. While their power is still limited, there is a growing awareness and a will to challenge the collective behaviour of the media. The UK media cannot be allowed to shift its already inexhaustible energies exclusively towards Muslims.

White supremacist institutions continue to succeed because they are always shifting the goalposts of racism. If you can no longer openly berate people for their skin colour, then attacking their supposed values and beliefs is the new way to proclaim your superiority. Don’t be fooled; this is racism by other means. Islamophobia
The politics of refusal: How Muslims can resist the West's hostile gaze
Rebecca Ruth Gould 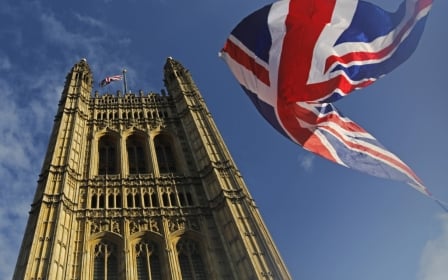