Instead of fighting coronavirus, Labour is working to cleanse its left wing 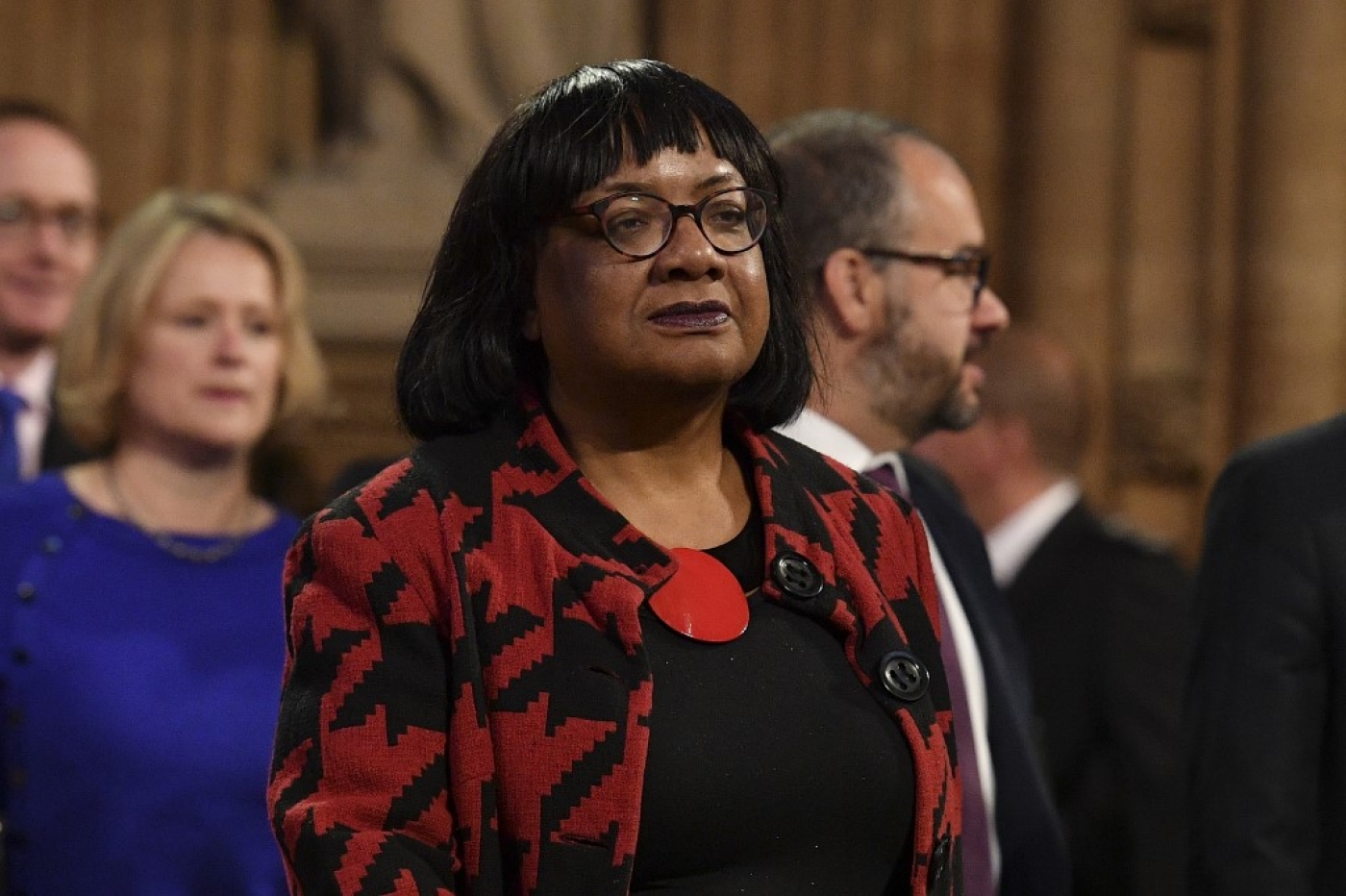 Even the coronavirus pandemic, which has killed hundreds of thousands of people worldwide and sparked an unprecedented global economic crisis, is not enough of a preoccupation to stop the right-wing faction of the UK Labour Party from attacking the left.

Emboldened by their bruising defeat of the Jeremy Corbyn project, the alliance of centrists and Blairites who brought leader Keir Starmer and deputy leader Angela Rayner to power have set about cleansing Labour from as much left-wing influence as possible.

Once again, women of colour who have historically served on the frontlines of anti-racist movements are in the eye of the storm. Labour MPs Diane Abbott and Bell Ribeiro-Addy were both recently attacked for taking part in an event on Zoom, which was also attended by some high-profile individuals who had been expelled from the party. That’s it; they spoke at a meeting attended by expelled members.

The Board of Deputies of British Jews condemned their involvement, with president Marie van der Zyl saying it was “completely unacceptable that Labour MPs, and even ordinary members, should be sharing platforms with those that have been expelled from the party for antisemitism”.

As black women on the left, they are held to impossible standards and used as political punching bags

It is important to note that the two expelled members, Jackie Walker and Tony Greenstein, were not actually expelled for antisemitism, as Walker has pointed out.

After five long years of relentless witch hunts against the Corbyn leadership, aided and abetted by many in the right-wing press, those now demanding the suspension of two black female MPs apparently feel confident enough to whip up further hysteria based on misinformation and guilt by association.

The condemnations start to sound even more desperate when you consider that the online event was open for anyone to join and had more than 400 attendees, among them Walker and Greenstein. How the two MPs can be expected to control those taking part in a free, public discussion while also speaking in an official capacity, is difficult to fathom.

But that’s just it: as black women on the left, they are held to impossible standards and used as political punching bags. Women of colour who express radical thoughts - and, worse still, fight to put them into practice - are deemed an easy target. The gendered racism to which they are exposed serves to dehumanise them; the hostility and hate meted out against them masquerades as political accountability.

And it doesn’t end there. Salma Yaqoob, a longstanding anti-racist activist, anti-war leader and prominent Labour figure, was also attacked on similar grounds. An event hosted by Birmingham Stop the War was due to feature Greenstein, and Yaqoob was mistakenly listed as one of the participants. Despite this, the Campaign Against Anti-Semitism called for her suspension.

Just think about that: this is a call to remove a woman whose entire political portfolio is grounded in anti-racist, anti-fascist and anti-imperialist efforts, because she was listed - but neither agreed to, nor in fact actually spoke at - an event with a Jewish former Labour member. 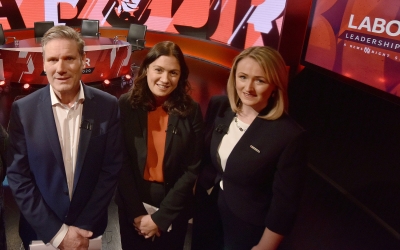 Labour's next leader has already betrayed the left
Read More »

Yaqoob demonstrated perfectly the misplaced priorities of those accusing her, and Abbott and Ribeiro-Addy, when she stated on social media that she was “very busy at work in the NHS to fight corona” and encouraged thorough fact-checking “next time”. Sadly, “next time” feels inevitable, given the response from the Labour leadership over the attacks.

Rather than Starmer refuting such baseless accusations towards two black female MPs, who have already dealt with a barrage of racist and sexist abuse across the media and within the party, Abbott and Ribeiro-Addy were spoken to “very firmly”, confirmed the shadow home secretary.

While he is apparently unable to muster even the most basic opposition to the Tories, despite the rapidly mounting coronavirus body count, Starmer is happy to flex his muscle against his own party members.

These attacks are especially sickening in the wake of a leaked Labour report on antisemitism, which revealed despicable racism directed against Abbott by senior Labour staffers.

A 2017 Amnesty International poll had already shown that she received half of all the abuse directed towards all female MPs. The report reinforced that nothing has changed - and worse still, for the new Labour leadership, baseless accusations take priority over the racist violence experienced by black women.

Rise of the far-right

Women of colour within the Labour Party who hold a progressive line will apparently not be defended. In fact, they’re likely to serve as collateral damage, as Starmer scrambles to distance himself and Labour from the legacies of Corbynism, in a bid to please and further strengthen relationships with the Board of Deputies, the commentariat, and the party’s right-wing.

Yaqoob, Ribeiro-Addy and Abbott represent the only faction of Labour that can provide a credible alternative and make the link between the party and the street

Instead of putting time and energy into securing the future of millions of people by pressuring the Tory government to take serious and effective measures to save lives and implement the much-needed medical infrastructure to tackle Covid-19, public debates and airtime are wasted targeting the strongest allies that Labour has to offer to the most oppressed communities.

Our government’s strategy during this pandemic - which is far more concerned with saving big business than the lives of thousands - alongside the looming global economic meltdown will provide a fruitful environment for fascism and the rise of far-right groups all too ready to whip up racism, Islamophobia and antisemitism, often under the political cover of the Tory right.

Yaqoob, Ribeiro-Addy and Abbott represent the only faction of Labour that can provide a credible alternative and make the link between the party and the street. It is now clear that this alternative will need to be imposed against both the government and the party’s new leaders. 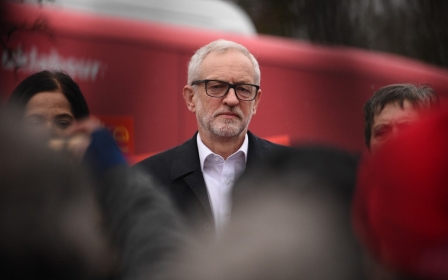 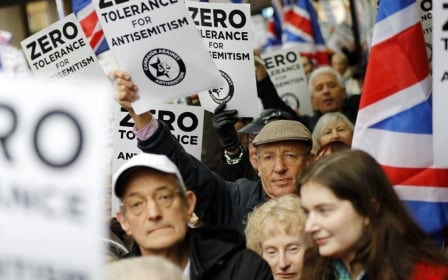 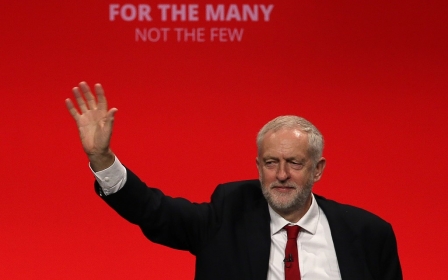