Middle East drought: Our leaders are fiddling as the world burns

Hamid Dabashi
The world must be saved from its negligent rulers, unwilling to take action, and instead be entrusted to bold and fearless young leaders 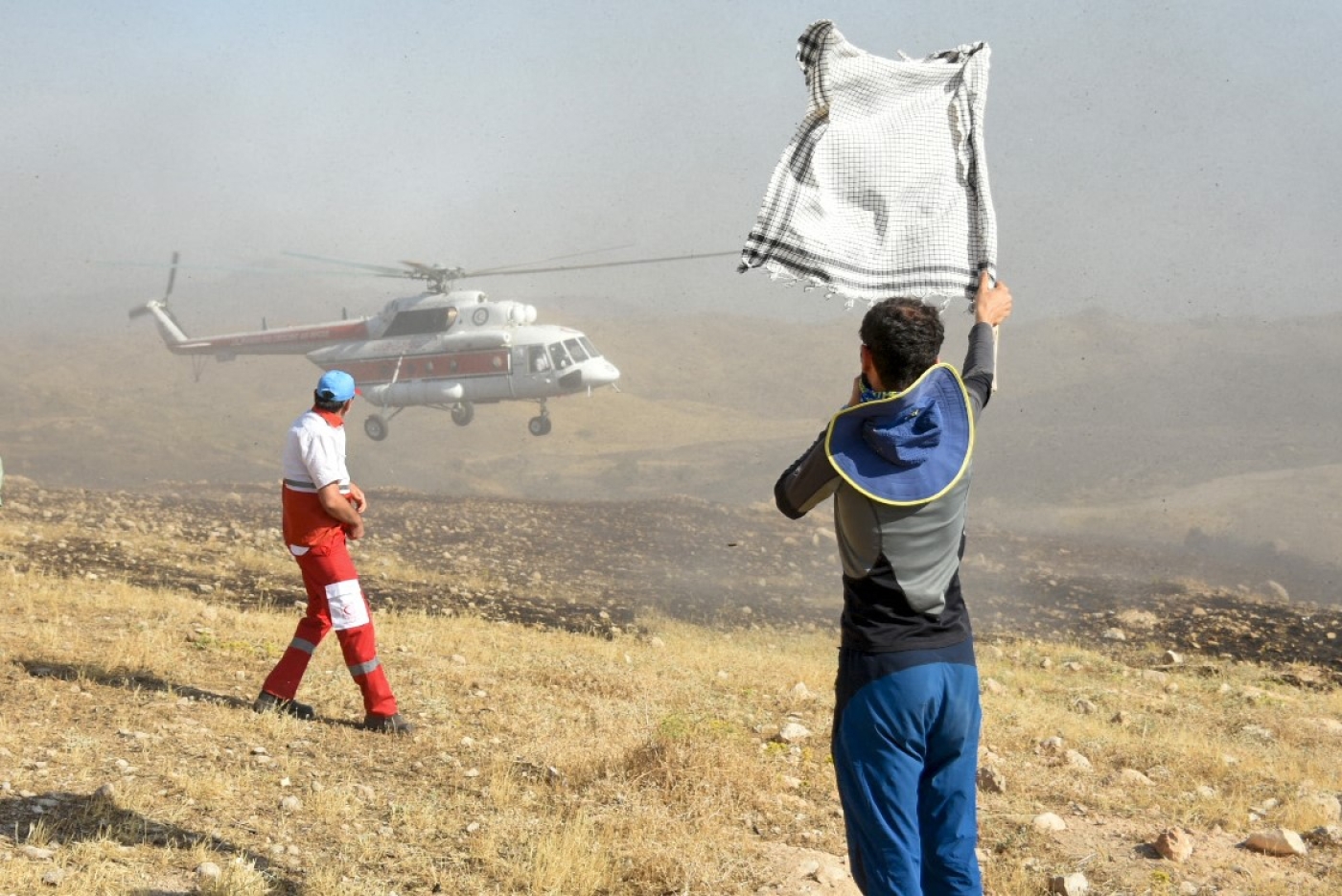 A helicopter arriving to evacuate people from the fires in the Zagros mountain range, near the Iranian city of Behbahan in the Khuzestan province on 30 May 2020 (AFP)

If, like millions of others, you have seen the HBO series Game of Thrones, you will know that, while the Seven Kingdoms and nine regions of Westeros and Essos are at each other’s throats, the real threat, “the army of the dead”, is rising from the north, to come and destroy the order of things as people know it.

The same is true about the rising environmental calamities threatening the Earth, from the wildfires of California, Turkey and Greece, to the catastrophic floods in Germany and China and the devastating droughts affecting Iraq, Syria and southern Iran. Climatologists predict that these severe weather events are mere foretastes of the disasters to come, and point out that experts have been sounding increasingly urgent alarm bells warning about "the collapse of civilisation" since at least the 1970s.

Khuzestan province in southern Iran has been devastated by droughts and water shortages for years, exacerbated by summer heatwaves and seasonal sandstorms blowing in from south-west regions and extending into Saudi Arabia and Iraq. Rising temperatures in the last few years have made life increasingly difficult across the region.

The drought in Iran is a mere token of the catastrophes to come.

Amnesty International says that the Iranian government has used excessive force against people protesting about the droughts in Khuzestan, resulting in many civilian casualties. The government in turn has accused separatists in Khuzestan of exploiting the situation to foment political unrest. Such quibbling between a repressive regime and its opposition are spectacularly missing the point: that, while they view events through a narrow, domestic lens, our planet is being destroyed. 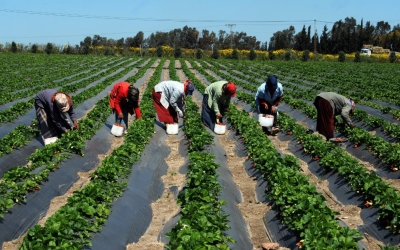 The power of soil: How our precarious climate shaped the Arab Spring
Read More »

The Intergovernmental Panel on Climate Change (IPCC), the United Nations body for assessing the science related to climate change, on 9 August issued its most recent report, entitled "Climate Change: Widespread, Rapid, and Intensifying."

“Scientists are observing changes in the Earth’s climate in every region and across the whole climate system,” states the report.

The key to such reports is the fact that climate calamities are manmade, the result of the wanton excesses of predatory capitalism whose mad logic rests on the exploitation of human beings and human habitats.

We read in the report how “human actions still have the potential to determine the future course of climate. The evidence is clear that carbon dioxide (CO2) is the main driver of climate change, even as other greenhouse gases and air pollutants also affect the climate.”

Old issues of climate change have now assumed dangerous urgency with none of these ruling states seemingly aware of what is happening in their own backyards.

This report should be compulsory reading for those leaders of constitutionally corrupt and brutal regimes who convene at the UN once a year to work out how to further rob their nations' citizens. The planet can no longer afford to tolerate this bizarre Game of Thrones-style thinking. We must all stop pretending that these people have the remotest inkling of how to save the Earth.

The IPCC report tells us: “Stabilising the climate will require strong, rapid and sustained reductions in greenhouse gas emissions, and reaching net-zero CO2 emissions. Limiting other greenhouse gases and air pollutants, especially methane, could have benefits both for health and the climate.”

Protesting against the drought in Khuzestan, or climate change anywhere in the world, requires a whole new political paradigm

The solutions are well known: improvements to energy efficiency, investments in alternative sources of energy such as wind and solar, shifting to biofuels from organic waste and protecting forests.

But there are few political leaders anywhere in the world with the kind of authority and will to address these issues. From denying climate change, as former US President Donald Trump and many of his supporters do (calling it a “Chinese hoax”), or politicising it and arresting and incarcerating environmentalists as Iran does, or preaching climate change concern and signing the Paris Agreement of 2015 but going ahead and investing in fossil fuel, as Barack Obama did, only make our urgent task much harder.

Three simple facts, therefore, stare us in the face: First the current political cultures around the globe are incapable of addressing the environmental problems. Second, a radically different political culture is required that must start from ground up and recast their resources to save the planet; and third, it is not just the production but the consumption, too, that needs to be cut down drastically.

The trajectory of finding solutions must be shifted away from irresponsible ruling regimes and towards humanity at large.

First and foremost, we must continue to protest against the idiocies and wilful neglect of climate-change denying regimes wherever they are. That is necessary but not sufficient. As individuals, we also have to step up. We must start to eat less meat and dairy, significantly cut back on travelling - especially flying - and redesign our cities to be much more biking- and walking-friendly, while investing hugely in public transport to get us out of our cars. There is no Planet B. Protesting against the drought in Khuzestan, or climate change anywhere in the world, requires a whole new political paradigm. Political cliches, such as state centralism on one hand versus separatism on the other, are worse than useless in tackling the grave challenges we now face.

The world must be saved from its negligent presidents and prime ministers, unwilling to take action, and instead be entrusted to bold and fearless young leaders, such as the Swedish environmental activist Greta Thunberg.

The world must start from the premise of her generation of young citizens, who are determined to put so-called “world leaders” to shame. For ultimately, theirs is the generation who will pay the price for our leaders' criminal complacency. 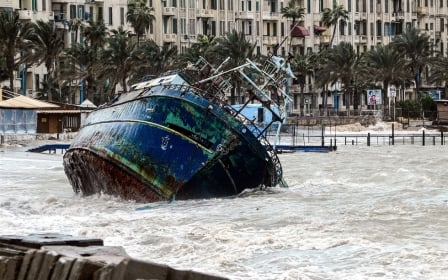 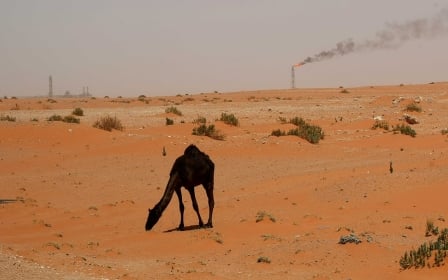 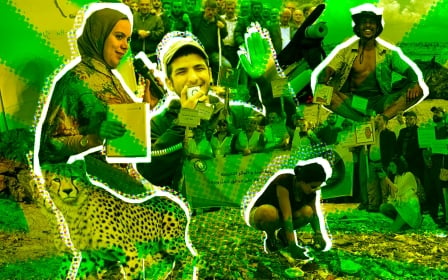