Iran: Shanghai Cooperation Organisation membership will not solve its problems

Shireen T Hunter
There are huge ideological, economic, security and cultural barriers with the other SCO members. Iran must still improve its relations with the West if it is to prosper 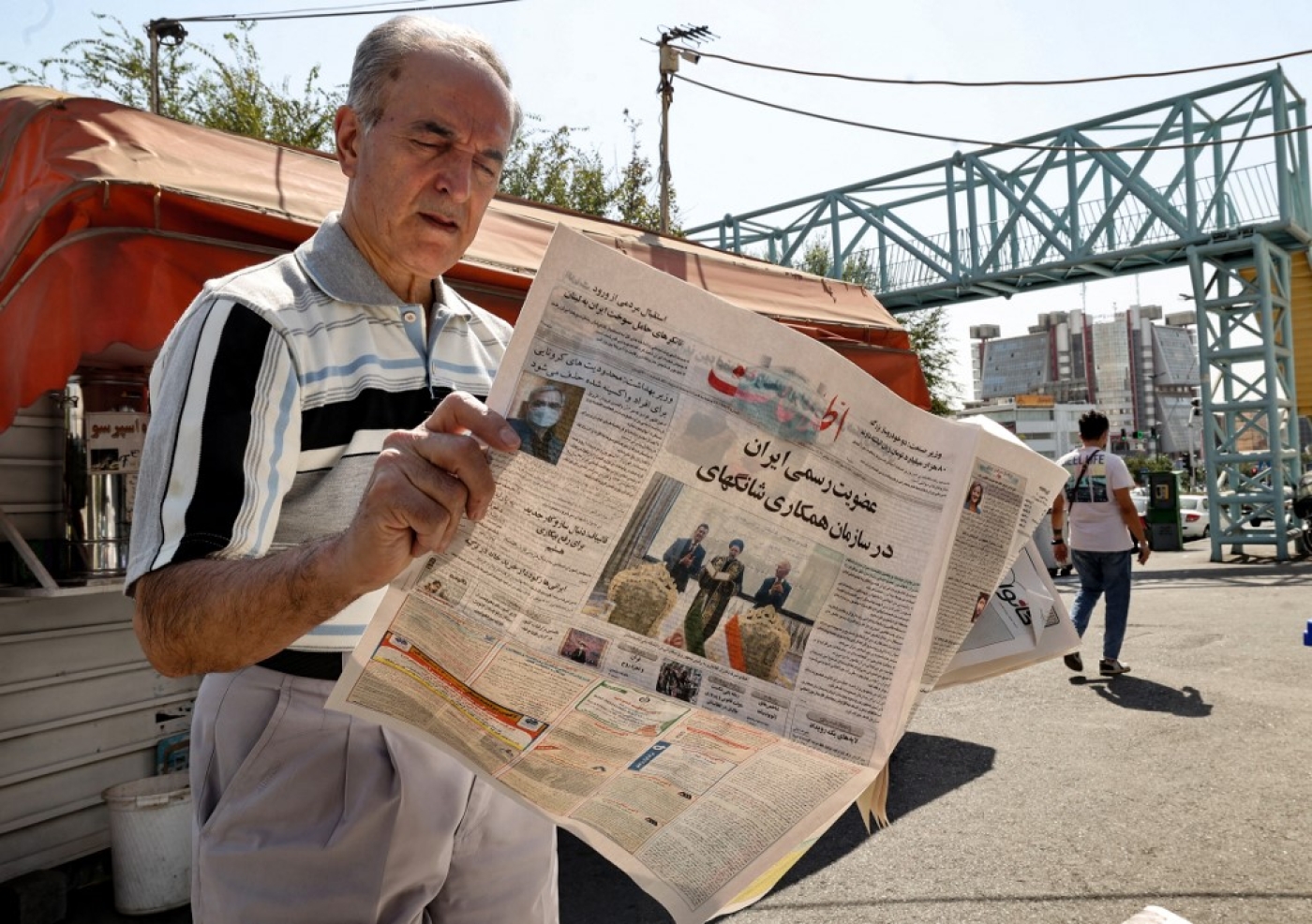 A man in Tehran reads a copy of the Etalaat newspaper with the headline 'Iran is a new member of the Shanghai Cooperation Organisation', 18 September 2021 (AFP)

On 17 September in Tajikistan's capital Dushanbe, at the latest summit of the Shanghai Cooperation Organisation (SCO), Iran, after 13 years of waiting, was finally accepted for full membership. Iran had waited 13 years, but it will have to wait a while longer - two or three years or possibly more - before its full SCO membership is completed.

How long the process takes will largely depend on the attitude of Russia and China. But even the SCO’s smaller Central Asian members could delay the completion of Iran’s membership. In the past, for example, Dushanbe had blocked Iran’s membership because of Tehran's support for Tajikistan’s Islamist party.

Tehran has declared the SCO’s decision a big victory for Iran and proof of the efficacy of the diplomacy of its new hardline president, Ebrahim Raisi

In short, whatever benefits SCO membership might bring to Iran, it will be a long time before they materialise.

Notwithstanding the time lag between acceptance into the organisation and actual integration, Tehran has declared the SCO’s decision a big victory for Iran and proof of the efficacy of the diplomacy of its new hardline president, Ebrahim Raisi.

Iran has also framed its acceptance as proof that the West’s policy of isolating Tehran has failed, with some hardliners arguing that to revive its economy, Iran no longer needs to look to the West and does not have to give extra concessions to revive the 2015 Iran nuclear deal, known as the Joint Comprehensive Plan of Action (JCPOA).

Comments by government officials and MPs suggest that Iran hopes SCO membership will help it expand economic and trade relations with Central Asian countries and other members of the organisation and increase its chances of becoming a transit hub between SCO members and Europe.

Tehran also hopes that joining the SCO will encourage China to invest more in Iran. Chinese investment in Iran, including in energy, has been low. China has frequently withdrawn from various agreements to develop oil fields in Iran. Thus far, the signing of the 25-year Iran-China cooperation agreement in March 2021 has not spurred new Chinese investments. Additionally, Iran wants to join the Eurasian Economic Union (EAAS), whose membership includes Russia, Belarus, Kazakhstan, Armenia, and Cuba. It is an instrument to retain Moscow’s influence in its former Soviet satellites. In that sense, it is a rival to the SCO.

The SCO was built on the foundations of the Shanghai Five, formed in 1996 to contain the Islamist and separatist movements that had emerged in the 1990s in Central Asia.

After new countries joined the Shanghai Five, it was transformed into a security and economic cooperation organisation. It then became a tool of China’s foreign policy, especially as an instrument to limit Russia’s sway in Central Asia without antagonising Moscow.

However, the addition of new members with widely divergent agendas and interests has reduced the SCO’s effectiveness. Key members of the SCO - China, India, and Pakistan - are enemies. Russia and China are rivals. Relations among Central Asian states are often tense. This makes effective security cooperation within the SCO problematic.

SCO members also have divergent economic interests. Chinese and Russian attitudes towards the region are semi-colonial. China sees Central Asia and South Asia as sources of raw materials and export markets. India, too, wants to increase its exports there and to gain political influence.

Russia is Iran’s rival in the energy sector and would not welcome energy cooperation between Iran and Central Asian countries. Central Asian states such as Uzbekistan and Kazakhstan are energy producers and exporters, and thus Iran’s competitors.

In industrial and agricultural fields, too, Iran’s and Central Asia’s economies are more competitive than complementary. Iran does not produce the goods which Central Asian states require. They need industrial goods, plus technology and investment, which Iran cannot provide. If Iran could have provided these needs, it would not have needed SCO membership to expand trade with Central Asia.

The quality of Iranian goods is also lower than those of its competitors, including Turkey. To improve the quality of its goods, Iran needs money, technology, and expert management. Membership of the SCO will not provide Iran with these things.

There are also political, cultural, and ideological barriers to Iran’s relations with Central Asia. The region’s Turkic and Sunni republics - plus Azerbaijan - do not have cordial feelings towards Iran. They also still mistrust Iran’s revolutionary Islam, meaning that they have cooperated more with Turkey on economic issues. Iran’s membership of the SCO will not change these dynamics.

SCO members must observe all international rules of financial interaction. Therefore, as long as Iran refuses to join the Financial Action Task Force (FATF), it will not benefit from the advantages of SCO membership.

Iran is ideally situated to connect Asia to Europe and to provide access for the Central Asian countries to the open sea. It is connected to Central Asia via Turkmenistan and has borders with Afghanistan and Pakistan. It borders the Caucasus with access to Russia. It has well-developed ports in the Persian Gulf and the Sea of Oman, including the port of Chabahar.

However, as the experience of the last three decades has shown, decisions about transit routes and energy pipelines are made based on political calculations and not geographic convenience. That is why in the 1990s, although more economical and geographically convenient, Iran was overlooked as a pipeline route for the export of Central Asia’s oil and gas. The US and Saudi Arabia also prevented the building of a pipeline carrying Iran’s gas to Pakistan and eventually to India.

SCO membership might provide a psychological boost for Tehran, but it will not solve its economic and political problems

Some of Iran’s Central Asian and Caucasian Turkic neighbours are antagonistic towards it and are not eager to use it as a transit route. Azerbaijan has not built its part of the railroad connecting Astara in Iran to Astara in Azerbaijan. Recently, Baku has been harassing Iranian lorries and preventing their passage through the Iran-Armenia border.

Iran-Turkmenistan relations, too, have often been tense and have led to the closure of the border. With the Taliban in power in Kabul, Afghanistan is unlikely to develop transit links with Iran and will forgo Chabahar in favour of Pakistan’s Gwader port.

Iran lacks extensive and modern road, rail and port networks. This reduces its appeal as a transit route. To upgrade its infrastructure, Iran needs money - something that membership of the SCO will not provide. This could only happen if the US lifts its economic sanctions.

After more than a decade, Iran’s “Looking to the East" policy has not yielded many benefits. China has not invested significantly in Iran. India broke its promise to invest in Chabahar. Neither has risked relations with Washington for Tehran’s sake. Membership of the SCO will not change these dynamics. Ironically, Iran needs better relations with the West to benefit from its eastern strategy.

SCO membership might provide a psychological boost for Tehran, but it will not solve its economic and political problems. 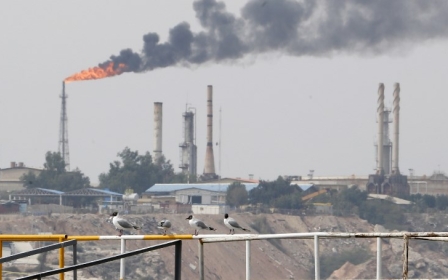 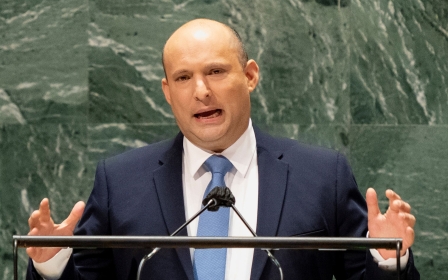