Iraq elections: Why the political elite will prevail

Ibrahim al-Marashi
Despite a sustained protest movement, Iraq's politicians can be expected to stay in power at the October polls Iraq’s parliamentary elections on 10 October will be a referendum between the established elites who have prevailed since 2003 and seek to preserve the status quo, and outsiders from a protest movement who seek to reform the system.

The vote will be to elect 329 lawmakers for Iraq’s unicameral assembly among more than 3,200 candidates. But amid apathy and disdain for Iraq’s political elites, low turnout is likely, as was the case in the 2018 elections.  With a low turnout, Shia cleric Muqtada al-Sadr’s coalition would presumably win again - yet, there is the potential for surprises and upsets in Iraq’s electoral process.

Kadhimi has failed to ameliorate Iraq's problems with corruption, unemployment, reliable services, or insecurity arising from militias that have targeted activists

Sadr’s coalition garnered a surprising electoral victory in the 2018 election. Coming in second was Hadi al-Amiri’s Fatah (Conquest) coalition, featuring a list of candidates from Iraq’s Shia militias. Then-incumbent prime minister Haider al-Abadi’s coalition came in third - a surprising result, as observers of Iraq’s electoral process assumed the incumbent would have the advantage. All three established Shia factions are contesting these elections, but the past upset indicates there could be surprise outcomes.

The Sadrist bloc is likely to fare well due to its organisation and ability to mobilise voters on election day, rivalling Amiri’s Fatah. The Sadrists could then form a post-election alliance with the National State Forces coalition, led by Abadi and Ammar al-Hakim.

As for Sunni factions, the incumbent parliament speaker, Mohamed al-Halbousi, leads the Advancement Alliance (Taqaddum), which is strong in Anbar province, while the Nujaifi family coalition will fare well in Mosul province. A wildcard will be the coalition led by Khamis al-Khanjar, a Sunni businessman.

The two mainstay Kurdish parties can be expected to win in their respective districts and form an alliance with one of the Shia factions. Based on informal negotiations prior to the vote, the Kurdistan Democratic Party, led by Massoud Barzani, would join an informal coalition with the Sadrists to form a cabinet. The Patriotic Union of Kurdistan, co-led by Lahur and Bafel Talabani, would ally with the Fatah coalition.

But a sustained series of protests, which began in October 2019 and became known as the Tishreen movement, opposes these very elites. The movement serves to challenge the elites by fielding its own candidates or encouraging boycotts to deprive the elections of legitimacy.

The Tishreen movement’s overall goals include job creation, reliable services and an end to corruption, which has become endemic in post-2003 Iraq. And the movement has achieved some tangible results: it led to the resignation in December 2019 of Prime Minister Adel Abdul Mahdi, who assumed power after the 2018 vote.

Mustafa Kadhimi, the prime minister chosen in May 2020, swiftly promised to hold elections. Pressure from the protesters also led to the drafting of a new election law, which expanded the number of voting constituencies from 18 to 83. In addition, it eliminated the list-based voting system; now, voters can chose an individual, local candidate, who might be part of a coalition or running as an independent.

The electoral law allows for better regional representation in parliament, and allocates a quota of seats for women, meaning every voting district will choose at least one female member of parliament. Protesters also insisted on international observers to ensure a transparent voting process.

Yet, while some of the activists from the protest movement will run in the election, they lack a single leader, have failed to form a unified coalition, and are riven with internal divisions. While Tishreen has achieved incremental reforms, there are limited prospects for substantial change in Iraq after the elections. The post-2003 ethnic and sectarian party elites will likely prevail, but no party is likely to win a majority of the 329 seats, meaning a coalition government will be needed. The Sadrists and the rival Fatah faction, along with their post-election allies, will surely jockey for position, likely resulting in a lengthy and protracted process of forming a government.

Kadhimi did not form his own electoral alliance, and the Sadrists, without an obvious candidate for the premiership, could allow him to continue in his post. But even with a Sadrist-dominated parliament and technocratic cabinet, Kadhimi has failed to ameliorate Iraq’s problems with corruption, unemployment, reliable services, or insecurity arising from militias that have targeted activists. Thus, prospects for change in Iraq’s future are limited.

The Tishreen movement had the potential to emerge as a cross-ethnic-sectarian coalition, mobilising Shia, Sunnis and Kurds. Such unity has proved elusive since 2003. 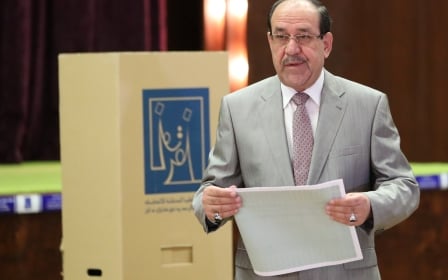 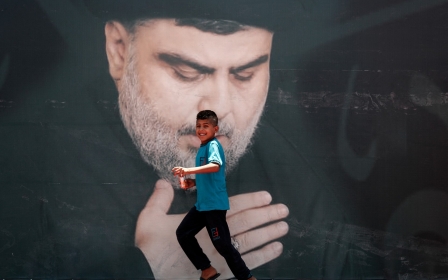 Iraq Protests
If it wants to succeed, Iraq's protest movement needs to get organised
Mustafa Saadoon