Iraq: The rise of the rival Sadrists 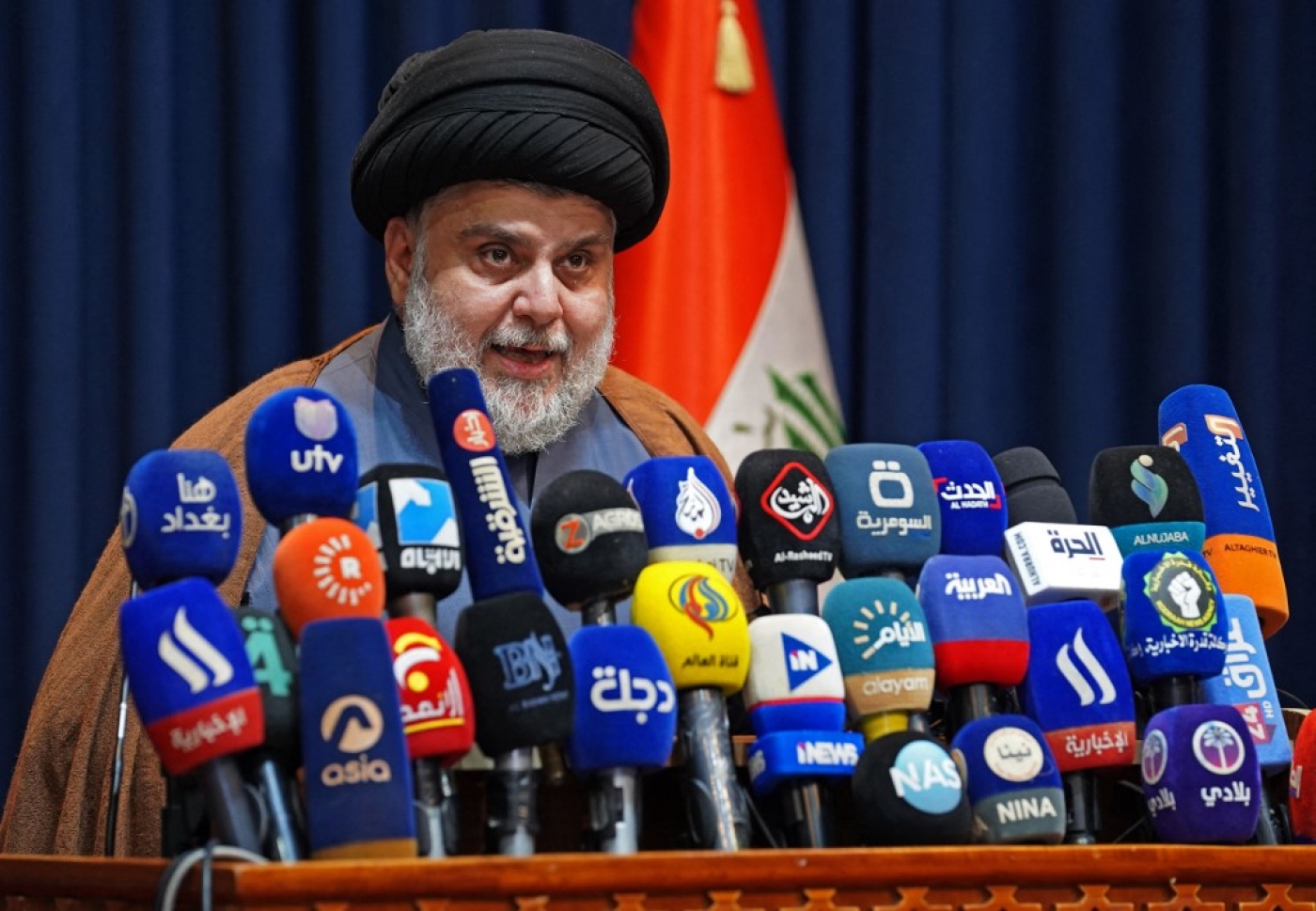 Iraq’s October elections have led to a shift in the country’s power balance, seeking to sway the country’s militant networks. Both Muqtada al-Sadr and Akram al-Kaabi are emerging as two key figures seeking to shape the nation’s security contours.

The elections might have led to a rare, and fragile, political convergence between these two forces. Yet, while their common background as students of the late cleric Ayatollah Muhammad Sadiq al-Sadr could foster better communication between them, and ease tensions, their simultaneous rise could foment competition over claims to the legacy of their mentor.

While the paramilitary forces of Sadr and Kaabi clearly diverge in terms of strategic vision ... they partially converge when it comes to short-term domestic politics

Since Iraqi Prime Minister Mustafa al-Kadhimi took office in May 2020, he has been in an alliance with Muqtada al-Sadr and his sizeable paramilitaries. Sadr’s followers counterbalance the Iran-allied paramilitaries (or the resistance factions), who Kadhimi would like to see relegated to a background role in the PMF. These dynamics have fuelled tensions between Sadr’s forces and Asaib Ahl al-Haq (AAH), led by Qais al-Khazali, Sadr’s arch rival who splintered from his older group, the Mahdi army.

Sadr emerged as the biggest winner among Iraq’s Shia political leaders in the October elections, overshadowing Iran-backed parties, who lost significant seats compared with the 2018 vote. After a drone attack targeted Kadhimi’s residence in November, Sadr urged his rivals in Iraq’s resistance factions to disarm - a bold call that was most likely only possible thanks to his increasing political power.

Sadr reportedly followed this up by ordering Saraya al-Salam to cease communicating with the PMF’s chief of staff, who is also a senior Kata'ib Hezbollah (KH) commander.

On the other side of the spectrum, Kaabi, who represents a minority of Sadrists, is hostile to Kadhimi, although he does not engage in explicit sabre-rattling against the prime minister, as other rivals have.

What differentiates Kaabi from other resistance leaders is that he attempts to position himself outside of factional divides. After Qassem Soleimani, the head of the Revolutionary Guards’ Quds Force in Iran, and PMF deputy commander Abu Mahdi al-Muhandis were assassinated in January 2020 in Baghdad by American forces, Kaabi brought together a group of Iraqi militant leaders to discuss taking action against the US. Sadr was among the attendees.

Unlike AAH, Kaabi does not position his small group in direct confrontation with Sadr’s Saraya al-Salam, which has distanced itself from Tehran. But Kaabi could be considered the factional figure in Iraq who is closest to Iran’s Office of the Supreme Leader and the elite Quds Force.

While AAH, KH and other groups were neck-deep in the October elections, Kaabi’s Harakat Hezbollah al-Nujaba took a hands-off approach, keeping the group relatively isolated from the post-election political discord. This has likely left Kaabi’s forces with more capacity to plan and mobilise against foreign targets. While their peers were mobilising against Kadhimi over allegations of vote rigging, Harakat Hezbollah al-Nujaba was instead focused on issuing threats against the Turkish military deployed in Iraq’s north.

In addition, in an unusual televised appearance in December, Kaabi could be seen amid the flags of various surrogate groups that have emerged over recent months as offshoots of resistance factions to handle anti-US armed action. The significance of Kaabi linking those surrogates to his group lies in the fact that larger groups such as KH, a top-tier ally of Iran, and AAH never disclosed their relation with the groups that claimed credit for the deadly attacks on US-led forces in Iraq.

On the other hand, Kaabi implicitly criticised dragging the resistance factions into the ongoing political discord following Iraq’s elections, noting that it could harm their collective militant capacity to mobilise against the US. This was viewed as a response to Sadr's call to disarm these groups.

While the paramilitary forces of Sadr and Kaabi clearly diverge in terms of strategic vision - with the first positioning itself as a local movement, and the second as a transnational network - they partially converge when it comes to short-term domestic politics, in part owing to Iran’s balancing act in Iraq. Iraq elections: What Muqtada al-Sadr might do next
Read More »

Iran’s other paramilitary allies, mainly KH and AAH, who vehemently oppose Kadhimi, diverged with Tehran on this matter. Kaabi’s careful posture still makes him a point of intersection between his Iran-backed allies and Sadr, a position Iran favours.

Kaabi’s challenge is that if he is able to enlarge his organisation and play a greater role in shaping anti-US actions in Iraq, or even in Syria, where those actions are thought to be currently spearheaded by KH, this would likely affect his ability to remain insulated from factional discord. Kaabi’s ability to remain relatively apolitical stems from his group’s small size; the more it expands, the more the imperatives for political engagement with the Iraqi government will grow - therefore likely repeating KH’s political trajectory.

Although Sadr’s relations with the Iran-backed factions and the political parties representing them grew tense following his victory in the election, he will still have to work with them under the "Shia house", an umbrella group that urges shia unity despite political differences, to pick the next prime minister.

And while Kaabi is among the few leaders who continued to seek constructive relations with Sadr, if the two men continue to rise in parallel, this may further test the resolve of Iraq’s increasingly fragile and polarised "Shia house''. 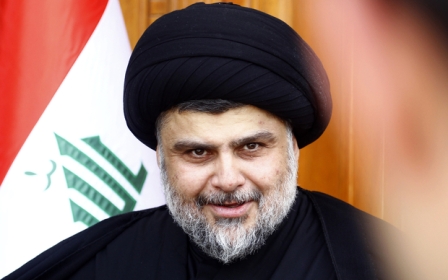