Israel annexation plan: A catastrophe begotten by a larger catastrophe

Azzam Tamimi
The current crisis has its roots in the Oslo Accords, which turned the PLO into a Palestinian collaborating agency The catastrophe I reference in the title of this piece is not the Nakba of 1948, when Israel was created across two-thirds of Palestine. Nor is it the Naksa of 1967, when the Zionists devoured the remaining third of Palestine (the West Bank and Gaza) together with the Sinai Peninsula and the Golan Heights.

Rather, it was the deal concluded in Oslo, Norway, as a result of secret negotiations between the Palestine Liberation Organisation (PLO) and Israel. The signing of the Oslo Accords between the two sides on the White House lawn in September 1993 was the biggest Zionist success since the creation of the Zionist entity in Palestine.

Why is this the case? The Oslo deal was the first official Palestinian recognition of the legitimacy of the Jewish state.

The PLO, which was supposed to lead the struggle for the liberation of Palestine - and which was founded long before the West Bank and Gaza became occupied territories - had been recognised by the member states of the Arab League as the sole legitimate representative of the Palestinian people. This disastrous move was made during the Rabat summit in 1974.

Many Palestinians were fooled into believing that eventually, a Palestinian state would emerge out of it, paving the way for their return home

The immediate implication of that decision was to transform what was known as the Arab-Israeli conflict into a Palestinian-Israeli conflict. In practice, this meant delivering the keys of the Palestinian issue to PLO leader Yasser Arafat and his mates within the Fatah movement, which dominated the PLO, while absolving the broader Arab world of any responsibility for Palestine and its people. From then on, the PLO was in charge.

The Rabat declaration came just a few months after a decision by the PLO’s unelected assembly, the Palestinian National Council, to endorse what was known as the Ten-Point Programme, which paved the way for negotiating a peaceful settlement that would end up recognising Israel’s right to exist in exchange for the establishment of a Palestinian state next to it.

Yet, Israel and its main Western ally, the United States, showed no real interest in dealing with the PLO, despite the latter’s eagerness - not until the First Intifada erupted in December 1987. Only when the PLO’s legitimacy seemed under threat like never before - not only by the birth of Hamas, but also by a growing sense among Palestinians both locally and in the diaspora that the organisation no longer spoke for them or endeavoured to accomplish their dream of liberation and return - did the Americans and Israelis decide to talk with the PLO leadership.

Right from the beginning, it would seem, the Israelis and their allies knew what they sought to achieve. The same can hardly be said of the PLO interlocutors.

The Israelis badly needed a Palestinian partner to assist them not only in quelling the intifada, but also in opening the gates of the region and the world at large to acquire legitimacy for their entity. What the Oslo Accords did, in essence, was turn the PLO into a Palestinian collaborating agency called the Palestinian Authority (PA).

By concluding the Oslo Accords with Israel, the PLO recognised Israel’s right to exist. That was not in exchange for Israel’s recognition of the plight of the Palestinian people, of their dispossession and banishment. Nor was it in exchange for recognising their right to return to their homeland, or for acknowledging the crimes that had been perpetrated against them.

It was simply in exchange for recognising the PLO as the sole legitimate representative of the Palestinian people. Unelected and unaccountable, the PLO leadership could from then on do to the cause what it deemed “appropriate”.

That catastrophic deal was marketed as a great victory. Many Palestinians were fooled into believing that eventually, a Palestinian state would emerge out of it, paving the way for their return home. The international community played a role in this deception by labelling what was going on as a process leading to what became famously know as a “two-state solution”.

Yet, week after week, month after month, and year after year since 1993, Israel has been able - with the assistance of the PA - to perpetuate its occupation at a very low cost to itself, while confiscating more land, building more settlements or expanding existing ones, demolishing the homes of Palestinians, and oppressing and persecuting them.

In the meantime, the Palestinian cause continued to incur losses upon losses at the political and diplomatic levels. Many previously pro-Palestine nations seized upon the PLO’s recognition of Israel to abandon their old positions of criticising or condemning Israel for its occupation and oppression of Palestinians.

Many nations, including countries such as India and China, developed commercial, security and even military cooperation ties with Israel at the expense of the Palestinian cause. “We cannot be more Palestinian than the Palestinians” has been the pretext for such radical shifts, not only among South Asian, African and some Latin American countries, but also within the Arab world itself. 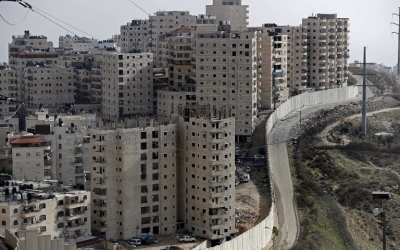 The problem with Oslo? It's still alive
Read More »

Some would even publicly argue: how dare Palestinians criticise others for “normalising” relations with Israel when their own “sole and legitimate representative” is in full collaboration with the occupation authorities?

There was a time when much of the world equated Zionism with racism. Those who maintained that stance did so because of the admirable steadfastness of Palestinians in their struggle against this unashamedly racist state. For many decades, Israel was likened to the defunct apartheid regime of South Africa, and rightly so. Yet, apartheid Israel succeeded where apartheid South Africa failed: in creating an indigenous collaborating entity.

It is on that success that Israel today builds. The difference between where we stand today and where we were 30 years ago is the PA, whose function has, primarily, been to help control the Palestinian masses and stem any threat that they may pose to Israeli occupation authorities. Occupation
A quarter of a century after Oslo, the game is over for Palestinians
Hossam Shaker 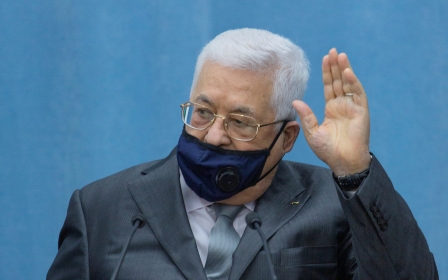