Richard Silverstein
By targeting civilian infrastructure, the Israelis think ordinary Iranians will turn on the regime. They are wrong 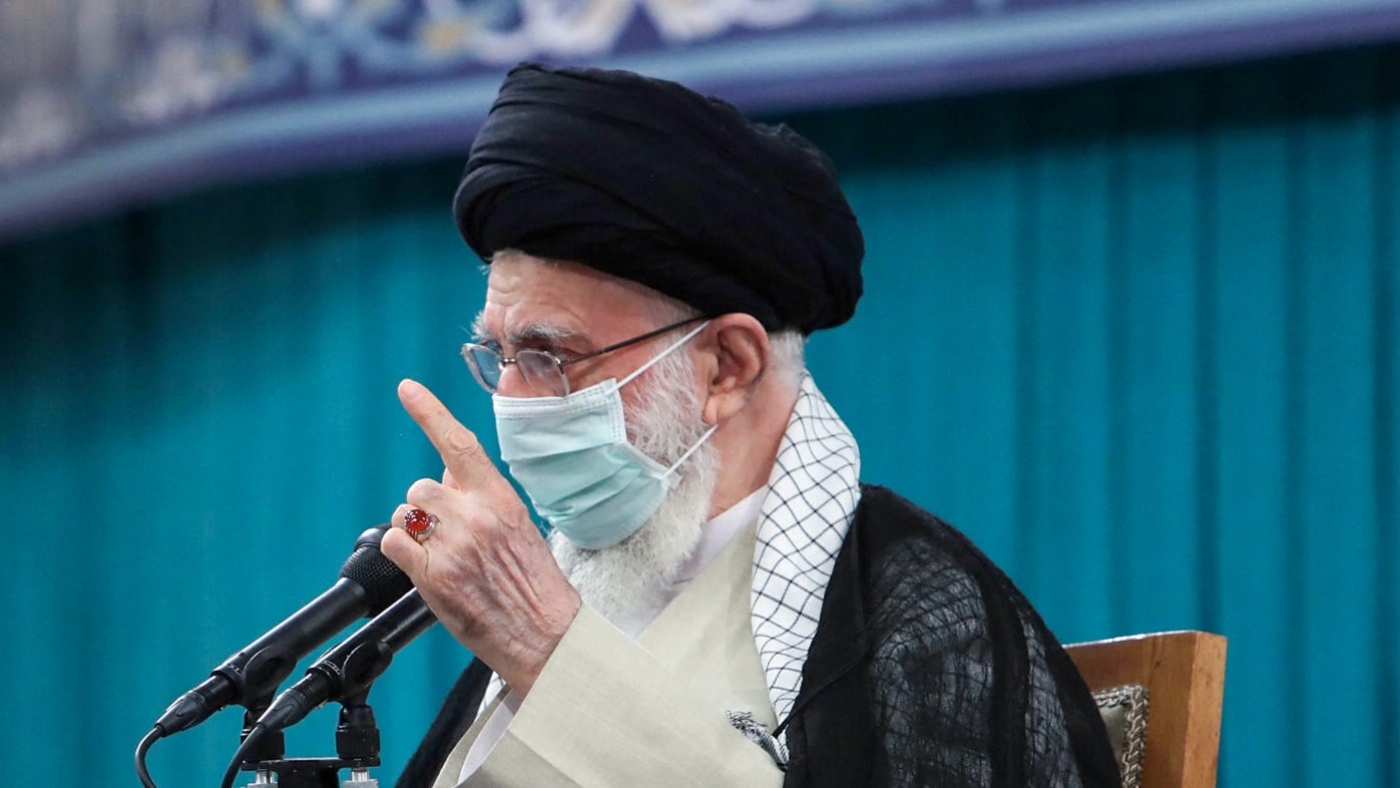 Iran's Supreme Leader Ayatollah Ali Khamenei during a meeting with participants in the Islamic Unity Conference in the capital Tehran, on 24 October 2021 (AFP)

An article in Haaretz last week claimed that the latest “gas station attack” on Iran’s national distribution system was part of an Israeli cyberwarfare campaign, a programme designed to degrade the country's infrastructure and sow tension and division, destabilising the country's clerical regime.

The nuclear programme is not only a point of pride for Iranians: it's also seen as a key defensive element in the country's strategic arsenal to protect it from its enemies

The piece explained the underlying strategic thinking behind the orchestrated attacks.

"Israeli security officials have recently aimed their sights at the Iranian public, or at least the educated urban middle class, which they see as the country’s soft underbelly," it read. "They believe this group finds it hard to tolerate damage to their quality of life and hope that these Iranians will put substantial pressure on the regime if the situation endures."

There is much wishful thinking in this approach, a key weakness being its suggestion that Iranian people make political decisions based solely on their material wellbeing. This ignores the fact that Iranians make such decisions based on a much wider array of factors, such as national pride, territorial sovereignty and upholding national rights.

The nuclear programme is not only a point of pride for Iranians: it's also seen as a key defensive element in the country's strategic arsenal to protect it from its enemies. Iranians will not be persuaded otherwise based solely on economic disruption.

The military correspondent for the Israel HaYom newspaper, Yoav Limor, broadly concurred. "Whoever hoped to cause a rift between the Iranian people and its leaders was wrong, and not for the first time…," he wrote. "The regime has survived far worse challenges, prime among them crippling sanctions which the US imposed [on Iran]. They didn't bring about the hopes for [a people's] revolt." Protests that did occur in Iran in 2018-2019 were brutally crushed.

Limor added: "Past experience teaches that Israel lacks a clear strategy and acts… with troubling impulsivity."

This appears to be an escalation in the cold war between the two countries which, earlier this year, engaged in tit-for-tat sabotage against each other's shipping in the Gulf and Mediterranean. Both sides seem to have concluded that these tactics were a zero-sum game and ended them.

However, the new campaign, in which Israel selectively degrades essential Iranian facilities on which the daily lives of Iranians depend, appears less vulnerable to Iranian counter-attack, since the Islamic Republic has not yet managed to significantly damage Israeli infrastructure (although it has tried).

Israel is the first country to mount such a systematic, long-term campaign to degrade the critical civilian infrastructure of an entire nation, designed to provoke regime change. The world should pay close attention - because this is undoubtedly what warfare between nations will look like in the future.

Without international regulation of such methods, countries will increasingly wage cyberwar indiscriminately. As the Geneva Conventions dictate permissible methods of war, it is high time that we had a Geneva Convention on cyberwarfare.

Although no one in Israeli intelligence seems to have asked whether this tactic would have any impact on Iran, we already have the answer in the form of a national survey conducted by IranPoll on behalf of the University of Maryland.

The survey asked a wide array of questions regarding Iranians' attitudes toward their leaders and about the sanctions imposed by foreign nations. Respondents overwhelmingly supported the country's nuclear programme, despite the impact sanctions are having on the economy. Further, Iranians did not blame their leaders for the sanctions or the hardships they've suffered as a result.

In other words, the years of sanctions over Iran's nuclear programme have not significantly weakened the regime, as they were intended to do. The current Biden administration strategy is failing.

As part of the latest cyberattacks, digital billboards at some of the petrol stations were also hacked, displaying messages attacking the Iranian leadership. "Khamenei, where is our gas?" read one.

Israel's actions are stunts, not policy. They will neither deter nor soften Iranian resolve

This was a feeble attempt to divert the average Iranian’s attention from the real culprit. Iranians know that the sabotage inflicted on the country's infrastructure is not their leader’s fault. They understand that the malfunction of the railway system or gas distribution network is not due to internal failures of the systems themselves.

Rather, they understand that just as sanctions have been imposed on them as a punishment, these attacks are in the same league. They are the work of outside enemies of the state. This will, in effect, insulate the country's leaders rather than damage them.

At the weekend, the US joined Israel in ratcheting up pressure on Iran. It dispatched a B-1B Lancer bomber with an Israeli and UAE fighter escort over the Gulf as a “show of force” against the Islamic Republic. The B-1B can carry America's new and powerful GBU-72 bunker-buster bombs. Israel has requested to buy such weaponry so that it has the military hardware to attack Iranian fortified nuclear facilities.

Israeli media reports that US Marines Unit 51 is in Israel training with the Israeli army's special forces, before the former deploys to the Gulf in “preparation for possible conflict with Iran”.

These actions are stunts, not policy. They will neither deter nor soften Iranian resolve.

If the US truly wants to end the Iranian nuclear "threat", it will have to treat Iran with respect. It will have to permit Iran what it permits other nuclear states.

Only then can the US expect Iran to place constraints on its nuclear programme and perhaps even its ballistic missile programme, and its alliances with regional forces such as Hezbollah and the Houthis.

But there is no way in which the West can snap its fingers and expect Iran to unilaterally disarm. It's simply not going to happen. 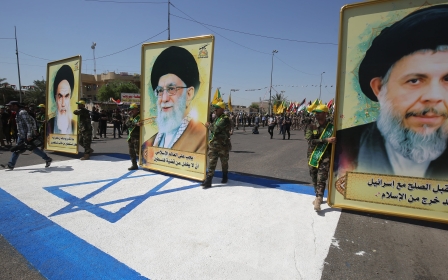 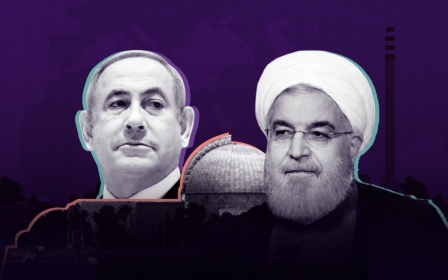