Israel-Palestine: How the West co-opts the human rights industry

Osama Tanous
Commissioned and financed by European and American aid agencies, many human rights reports on Israel-Palestine leave out important voices and context 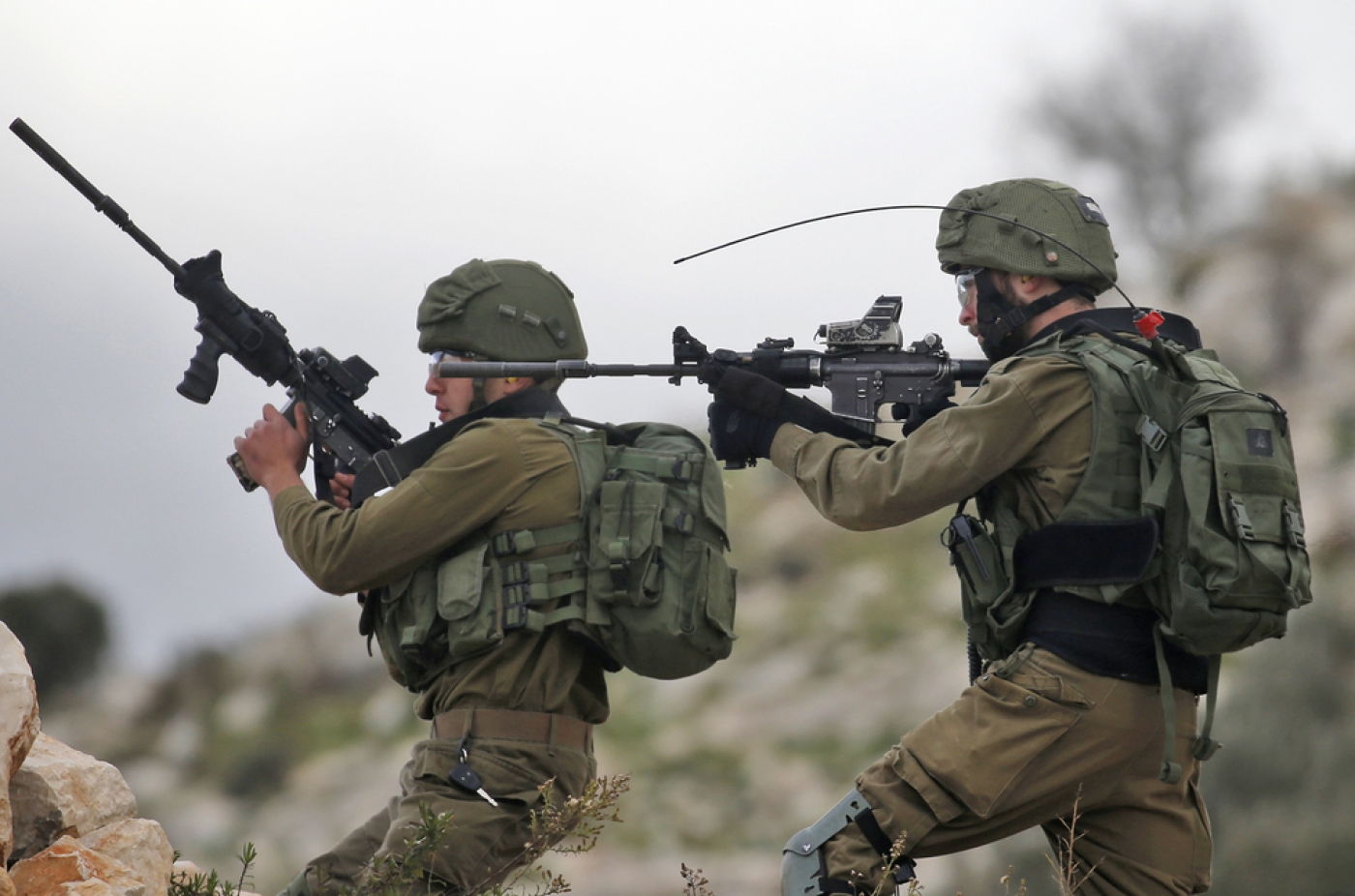 While human rights reports might serve to document misery through data and statistics, the question remains: what impact do these reports truly have? Do they really change the political realities on the ground?

In her brilliant introduction to a special issue of the Journal of Palestine Studies focused on the Covid-19 pandemic, Danya Qato questions the efficacy of the health and human rights reporting industry in Palestine, arguing that it is commissioned and financed by European and American aid agencies, leading to reports that are predictable in both tone and content.

Such reports document and tabulate violations of human rights, such as home demolitions, restrictions on freedom of movement, and the siege of Gaza, along with their effects on health. But while it is important to document the manifestations of settler-colonial violence in the 21st century, these reports unfortunately become, as Danya Qato describes them, "meaningless by inaction, duplication, and inefficiencies".

The authors follow a common pattern of trying to fit Palestinians' experiences into western diagnoses, rather than trying to build on Palestinian scholarly work

Late last year, a report titled “A Life Exposed”, focusing on Israeli military invasions of Palestinian homes in the occupied West Bank, was released jointly by Physicians for Human Rights - Israel (PHR-I), Yesh Din, and Breaking the Silence, and funded by the EU.

It elegantly presents an interesting collage of experiences from both sides of the gun, examining how home invasions are experienced by Palestinians on one hand, and Israeli soldiers on the other.

Yesh Din documented 128 separate home invasion incidents between March 2018 and May 2019. PHR-I conducted 31 interviews focused on the mental health effects of these invasions, and Breaking the Silence interviewed 40 soldiers and five officers who participated in the invasions.

The report sheds important light on the savage nature of home invasions. It shows that 88 percent take place between midnight and 5am - timing calculated to increase the horror for Palestinian families, who are ripped from slumber by heavily armed Israeli soldiers storming their homes.

Raids last for an average of 80 minutes, with soldiers ordering family members - including children - to gather in one room while issuing threats and pointing firearms at them. Getting approval for such invasions is easy; virtually every scenario can lead to an approval of an invasion and the arrest of Palestinians.

The report shows how this system contradicts the duty of the occupying power to preserve public order and safety in the occupied territories, in accordance with international law. It also emphasises that in many cases, the invasions are conducted merely for the purposes of mapping: taking photos and gathering intelligence. This has no legal basis, and often, the information gathered leads nowhere.

The report also explains how home invasions create a climate of fear and intimidation, causing post-traumatic stress symptoms among victims. The invasions shatter parents’ ability to protect their children and to create a feeling of security.

In so doing, the report avoids two common pitfalls of mental health research in Palestine. One is the unnecessary drive to calculate percentages in order to show a correlation between an “exposure”, such as a home invasion, and an “outcome”, such as mental distress.

The second is the pathologising of Palestinians, labelling them as suffering from a “disorder” or as inherently resilient. Indeed, their reactions are normal reactions to an abnormal reality.

But at the same time, the authors follow a common pattern of trying to fit Palestinians’ experiences into western diagnoses, rather than trying to build on Palestinian scholarly work in the field of mental health, which integrates organic concepts of insecurity, humiliation, or feeling broken or destroyed - work that challenges the validity of western concepts in grasping the Palestinian experience.

What is more important than the report itself is the context in which it lies. Renowned sociologist Start Hall once said: “The ball, which is a physical object, only becomes meaningful as a football within the context of the rules of the game….. that determines what you can and can’t do with it…. which the ball didn’t makeup”.

Such reports clearly lie within a larger context, in which EU countries and the US provide diplomatic and military support to Israel in order to conduct its wars, occupation, and ethnic cleansing of Palestinians. These same countries create and fund a health and human rights reporting industry, which documents and studies the impacts of political violence on Palestinians’ health. 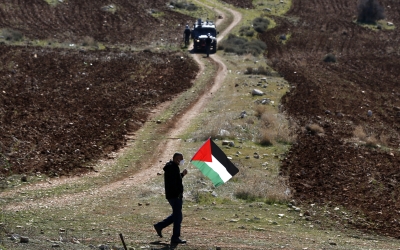 As Haneen Maikey and Lana Tatour detailed in a previous article for MEE, Israeli human rights reports circulate in a larger racist structure, where Palestinians’ experiences are the raw data and Israeli human rights NGOs are “the natural representers and framers of Palestinians’ lived reality”. As such, Israeli NGOs become the experts, with more valuable and legitimate voices.

Or, as Black feminist bell hooks brilliantly laid out:

“No need to hear your voice when I can talk about you better than you can speak about yourself … Only tell me about your pain. I want to know your story. And then I will tell it back to you in a new way. Tell it back to you in such a way that it has become mine, my own … I am still author, authority. I am still colonizer, the speaking subject and you are now at the center of my talk.”

Palestinians have been narrating, writing, and shouting their experiences under settler-colonialism for decades. Palestinian human rights groups, such as Adameer, have long been documenting military raids of homes and reporting on them in detail, including the health impacts. The Badil Resource Center has detailed the excessive use of force during home invasions, while Defense for Children International - Palestine has narrated how these invasions are experienced by children.

But the market value of such Palestinian reports in the supermarket of human rights reports generally prevents them from making headlines in western media.

Clarifiation: This piece was ammended on 8 October to attribute comments made by Danya Qato.

Osama Tanous
Osama Tanous is a Palestinian pediatrician based in Haifa and a board member of Physicians for Human Rights – Israel. Currently he is a Hubert H. Humphrey fellow of public health and health policies at Emory University, Atlanta. 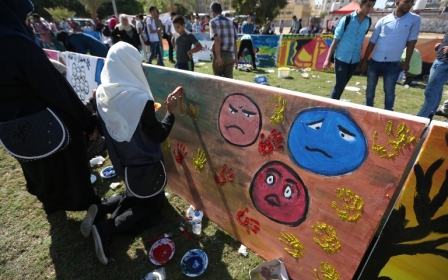 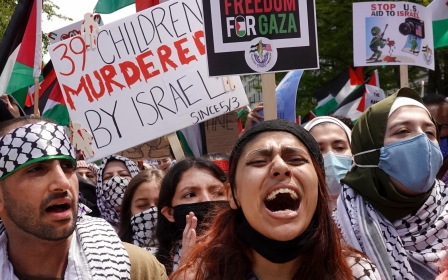 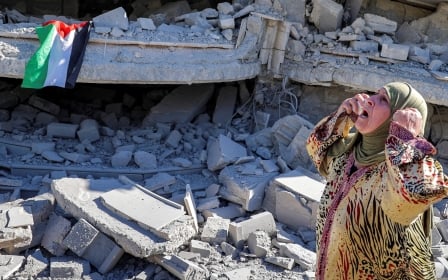