Israel-Palestine: Why Sheikh Jarrah and al-Aqsa could ignite a new intifada

Awad Abdelfattah
As the month of Ramadan approaches, all the conditions for another explosion are still in place 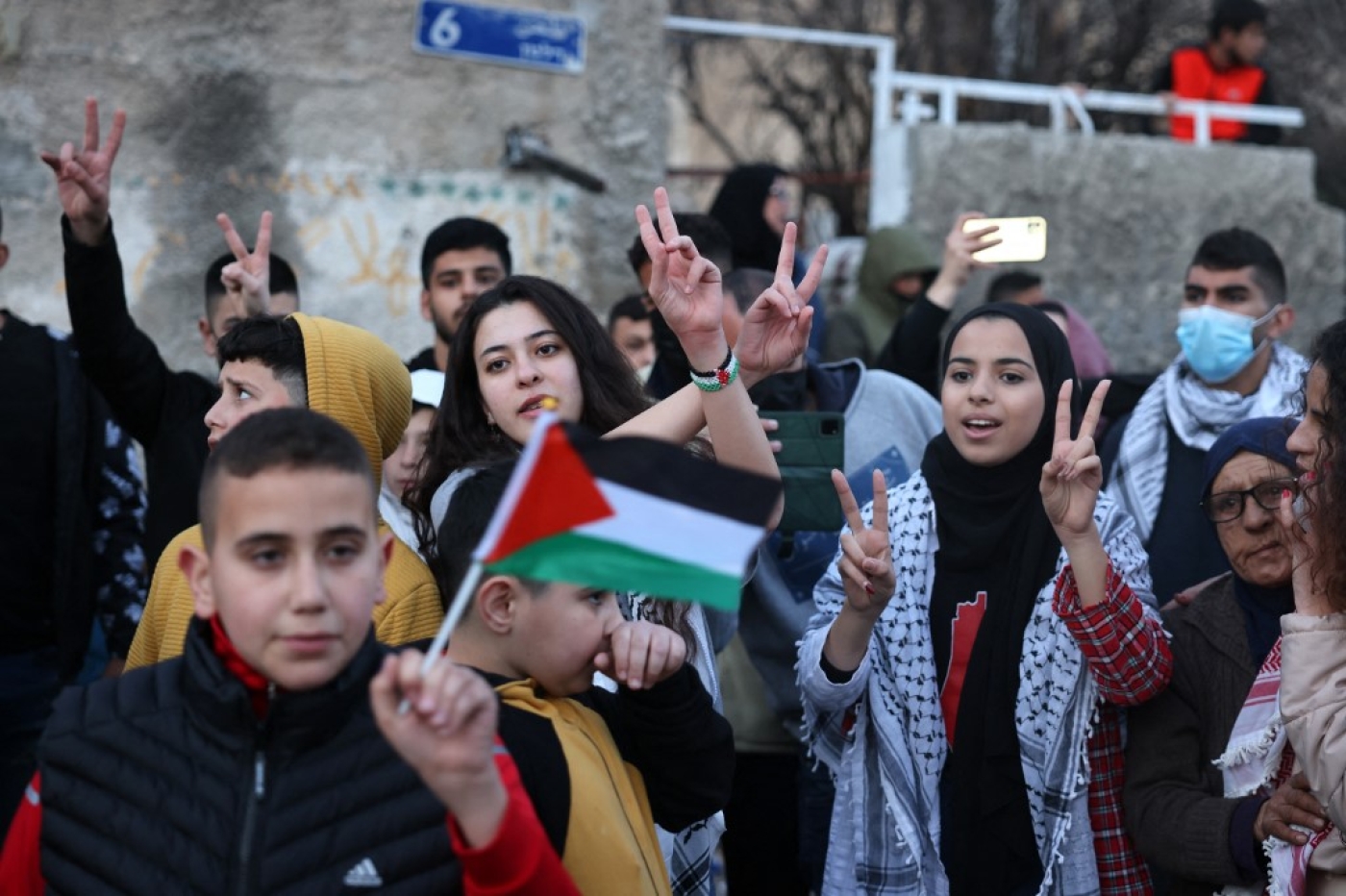 On 14 February, Haaretz published an article with the headline “The East Jerusalem flashpoint that could ignite the entire Middle East”. In it, the journalist Nir Hasson wrote: "Sheikh Jarrah has again become the site of violent clashes, just as it did before last year’s war between Israel and Hamas."

The Palestinians, and especially the young activists, are confident that the South African moment is coming sooner or later

Other Israelis cited similar concerns. The prime minister of Israel's apartheid government, Naftali Bennett, himself a right-wing settler, warned far-right Knesset member Itamar Ben Gvir, who earlier this month set up a makeshift parliamentary office in a tent on Palestinian land in Sheikh Jarrah, that his actions could cause chaos.

"We don’t need provocations from people on either side inflaming tensions for political interests," Bennett said on 14 February.

Given the latest raid by Israeli settlers on the occupied East Jerusalem neighbourhood of Sheikh Jarrah, and the violent clashes with its Palestinian inhabitants that followed, Israeli officials and media's concerns about replicating last May's almost unprecedented Palestinian uprising do not seem far-fetched.

As Ramadan approaches once again, beginning at the start of April, there is a huge potential for conflict to erupt around possible Israeli restrictions on Palestinian access to parts of the Old City and al-Aqsa mosque during the Muslim holy month.

Ben Gvir's act in Sheikh Jarrah, where 27 families have been fighting eviction since 2008, led to violent clashes between the Palestinian families and their supporters and Israeli security forces. Several protesters were injured while others were arrested.

It is this strong resistance by the Palestinian families to the recent assaults by settlers that has caused Israeli alarm, especially since this renewed local resistance has also brought pressure from Jerusalem-based international diplomats.

In the past few months, some Israeli circles held the belief that the popular resistance in Sheikh Jarrah had been exhausted by a number of factors: the continued Israeli siege of the neighbourhood, the weakness and incompetence of the Palestinian Authority, and the failure of Hamas to extract concessions, such as the easing of the blockade. 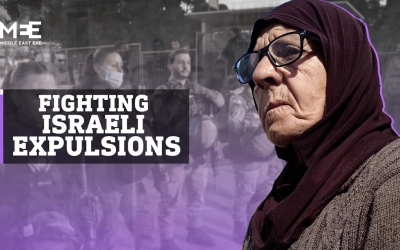 ‘We’re not giving up our house’: The story of a Sheikh Jarrah family fighting Israeli expulsions
Read More »

But Israel's apparent desire to avoid further confrontation with the Palestinians doesn't stem from humanitarian reasons. And Bennett’s criticism of Ben Gvir's provocative conduct is not because the prime minister is any less extreme or aggressive about denying the Palestinians’ right to self-determination

Rather it is because, firstly, Bennett sees Ben Gvir’s behaviour as directed against his government, as part of infighting within the settlers' camp, split as it is over former Prime Minister Benjamin Netanyahu and the corruption charges he is facing. Secondly, Bennett is not interested in any disruptions that might embarrass his new Arab Gulf allies

For Bennett, especially on the Arab and international scene, things seem to be going pretty well. On the domestic front, he is determined to fight off continued attempts from the right-wing opposition to bring his government down.

So the Palestinians are paying the price twice: firstly from the ongoing and brutal settler-colonial, ethnic-cleansing project; secondly from the infighting between the two camps over whoever can be more brutal in implementing the cleansing plans.

Last year, almost no one had been expecting scenes of the popular uprising like the ones we witnessed in East Jerusalem, especially centred around one small neighbourhood.

It was thought impossible that Palestinian resistance could overcome the huge obstacles that have been placed before it - physically, with the high separation walls that had been erected, making it difficult to unite Palestinians in one fighting front; and politically, with the security cooperation between the Palestinian Authority and the Israeli coloniser.

That doesn’t mean we will necessarily see another intifada of the same scope and intensity during the upcoming holy month of Ramadan, even though all of the conditions for another explosion are still in place. It could happen before Ramadan, or it could be months or years from now.

But one thing is certain - as long as the apartheid settler-colonial regime continues with its injustices, brutalities and atrocities, the Palestinian people will continue to resist.

In recent years, we've seen the emergence of a young, militant generation, creative and brilliant at organising. They are skilled in using social media to overcome geographic and social fragmentation and reaching out to all Palestinians, wherever they are, as well as to the world.

The many minor uprisings, which are led by the youth, are the driving force behind the human rights organisations framing Israel as an apartheid state

These young people have decided not to wait for traditional leadership to save them, as it has proven incompetent and corrupt.

The birthing of a new leadership is underway. This will take years and will require much endeavour and sacrifice - but that’s what the future holds for us, with no other saviour in sight. The many minor uprisings, which are led by the youth, are the driving force behind the human rights organisations' framing Israel as an apartheid state.

The Israeli apartheid government might have strong relations, economically and in terms of security, with world governments. But global civil society is undergoing a significant opinion shift against Israel. At every popular intifada, with every military deployment against Palestinian resistance in the Gaza Strip, Israel comes under fire from global civil society organisations. This is what disturbs Israel.

The Palestinians, and especially the young activists, are confident that the South African moment is coming sooner or later. This hope is what fuels their passion in the struggle for a free Palestine, where justice and equality can prevail on the ruins of the immoral and inhuman settler-colonial entity.

Awad Abdelfattah is a political writer and the former general secretary of the Balad party. He is the coordinator of the Haifa-based One Democratic State Campaign, established in late 2017. 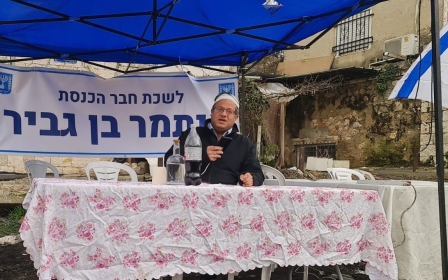 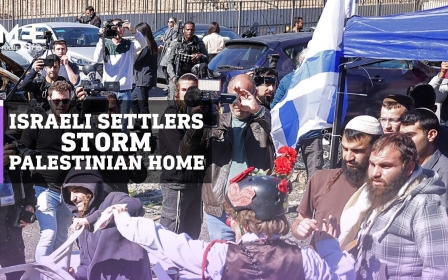 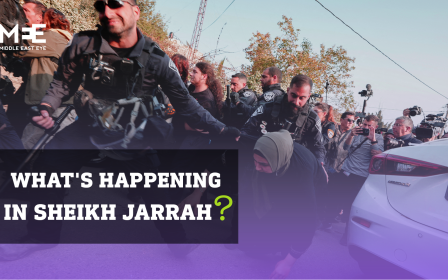