Israeli shooting of Palestinians: The media need to check the facts

Ben White
What will it take for the Western media to stop taking Israeli authorities’ version of events at face value? 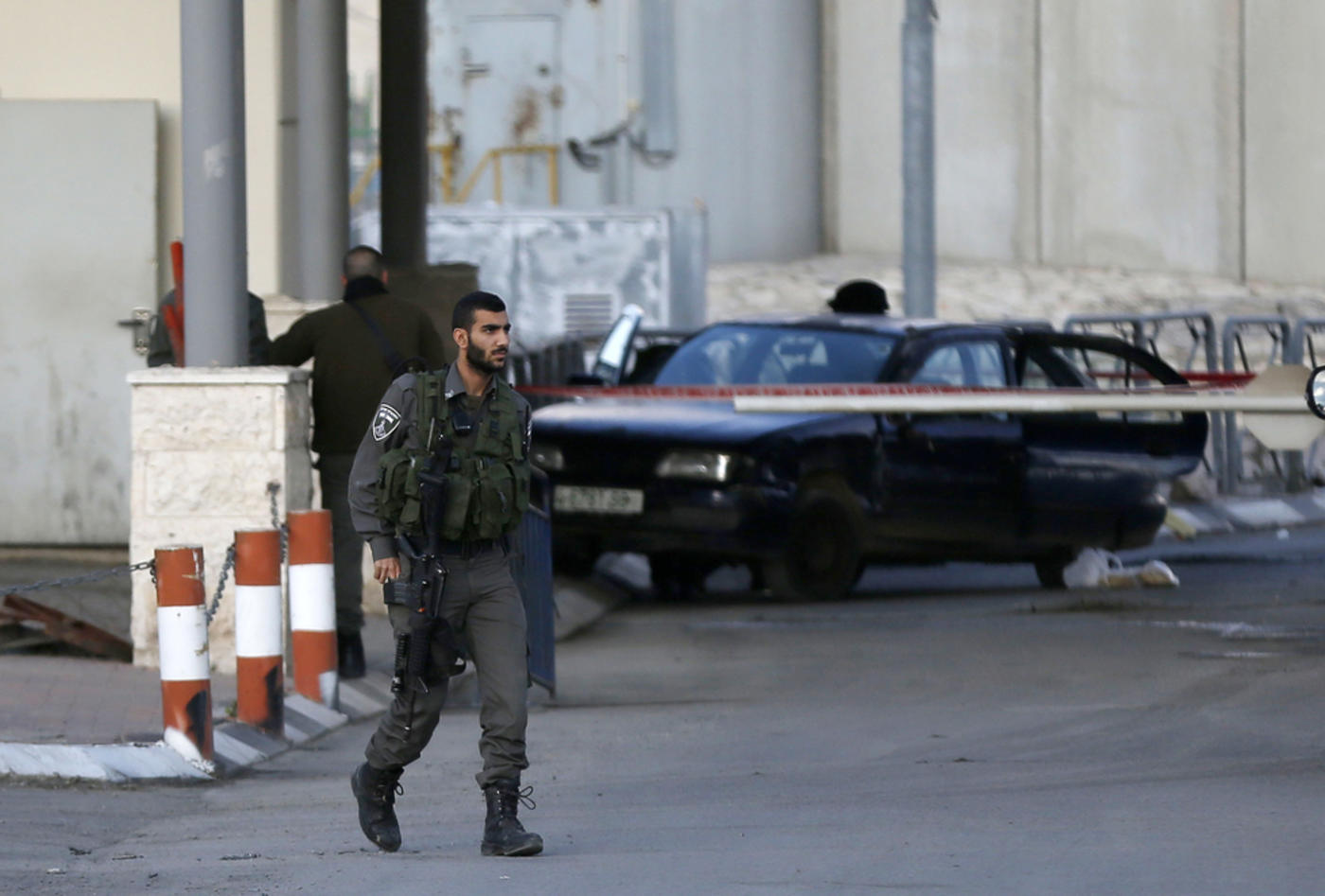 Even by the standards we have come to expect from Israel’s armed forces, the circumstances and aftermath of the killing of Mustafa Nimr by Israeli border police in Shuafat refugee camp last Monday take some beating for their sheer cruelty and gall.

At the end of an overnight raid in Shuafat early Monday, Israeli forces opened fire on a vehicle in what authorities immediately described as a thwarted car-ramming attack. Passenger Mustafa Nimr was killed, while the driver, his cousin Ali, was wounded and detained.

To be clear: the statement given to the media by the Israeli police spokesperson said that the car had sped towards the border police officers and tried to run them over. The officers only opened fire, she said, after having warned the vehicle to stop.

Mustafa’s grieving family, however, insisted that this had been no car-ramming attempt, an account backed up by eyewitnesses. Photographs showed bread and children’s clothes on the back seat of the car, covered in broken glass and blood.

The next day, Israeli officials informed the family that Mustafa had been “killed by mistake”. On Tuesday night, Israeli TV broadcast amateur video footage from the scene where shots can be heard after the car had already stopped and Ali was lying on the floor.

But the story wasn’t over. It then emerged that Israeli police were looking to charge Ali, the wounded survivor of the shooting, with causing the death of his own cousin. The rationale for this was that by his “reckless” driving he had caused officers to open fire.

These allegations of “manslaughter” have apparently been rejected by an Israeli court. There is precedent for this, however; in 2012, Israeli forces shot and killed a labourer at a checkpoint, only for the Palestinian van driver to be charged with “negligent conduct”.

At time of writing, justice ministry investigators were still considering whether “to summon the police officers involved in the incident for questioning as possible criminal suspects".

The track record suggests no one should hold their breath while waiting for accountability.

This is not the first time, even during the last year, that Israeli authorities’ account of a fatal shooting of a Palestinian has come unstuck. On 21 June, the Israeli military said they had “targeted terrorists” when, in fact, they had killed 15-year-old Mahmoud Badran as he drove with his friends.

On 13 July, Israeli forces shot and killed Anwar al-Salaymeh during a night operation in al-Ram, again claiming a thwarted car-ramming. The survivors said they had simply been heading to a bakery.

The question is this: what will it take for the Western media to stop taking Israeli authorities’ version of events at face value? And why is this even a problem to begin with?

Since October 2015 the English-language Western media has, on the whole, completely failed to treat Israeli authorities’ claims with the scepticism that they clearly merit

Is there a bias towards trusting a police or army statement? Does a lack of time – or inclination – prevent a military spokesperson’s account being compared with, or quoted alongside, reports by Palestinian media, eyewitnesses, or friends and relatives of the deceased? It is not difficult to do.

And yet, as I have written before, since October 2015 the English-language Western media has, on the whole, completely failed to treat Israeli authorities’ claims with the scepticism – or even basic fact-checking – that they clearly merit.

Context paragraphs often look like this recent example from Associated Press: “Since September 2015, Palestinians have killed 34 Israelis and two visiting Americans in attacks. Some 209 Palestinians have been killed in that time, most of them identified as attackers by Israel.”

However, on this occasion, AP added the following in its reporting on the Shuafat shooting: “Palestinians have frequently accused Israelis of using excessive force against assailants and said in many cases, alleged assailants were not even attackers.”

This is a welcome addition, and one can only hope that other news agencies and outlets take note. It is, however, still lacking; there is no mention, for example, that the Palestinian death toll includes unarmed civilians shot dead during protests and confrontations with Israeli forces.

It is clear why such details matter from Israel’s point of view. Pro-Israel media pressure group Camera complained about AFP’s report on the Shuafat incident, despite the fact that the article reproduced, unquestioningly, the Israeli authorities’ – now truly debunked – version of events.

What was Camera’s objection? That AFP “deviate[d] from its standard formulation regarding Palestinian fatalities” by omitting “the key point that the majority of those Palestinians killed were carrying out attacks against Israelis.”

Commenting on the fatal shooting in Shuafat, Ali Nimr’s attorney said:  “This is yet another example of a case in which the police’s finger is light on the trigger. After seeing the results [of their actions], the easiest thing was to say it was a car-ramming attempt.”

Easy indeed – and not least because they know how many journalists, both Israeli and international, remain willing to take them at their word.

Photo: Israeli security forces gather around the car of Palestinian driver who they say attempted to ram his vehicle into Israeli police and soldiers at the Qalandia checkpoint between Jerusalem and Ramallah in the Israeli-occupied West Bank on 18 December 2015. (AFP) 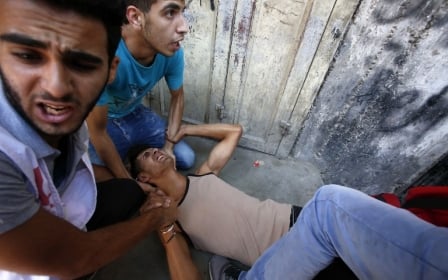 Occupation
Gaza NGO arrests are about the Israeli blockade, not aid or Hamas
Ben White 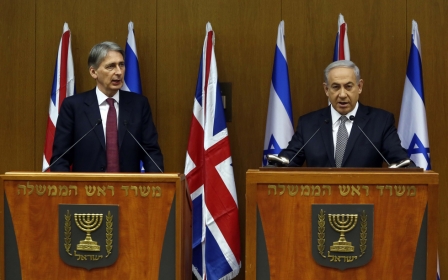