The 'jihadist threat' in the West: Facts and fiction

Alain Gabon
Politicians hype up the risk of 'terrorism' to serve their own agendas. In reality, the threat is minuscule 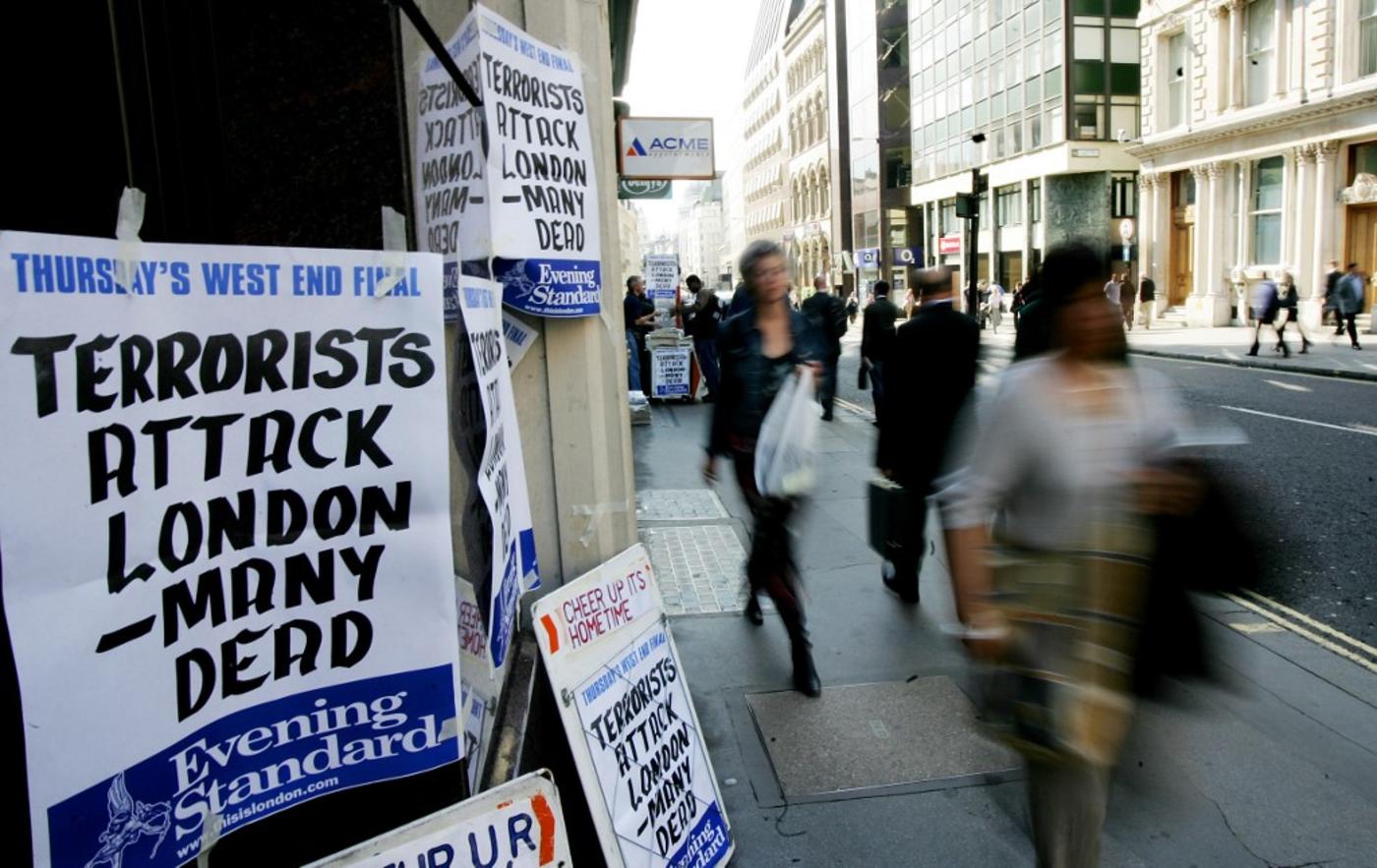 Europol’s annual terrorism trends report is always a useful exercise in fact-checking, helping to dispel the hype and massive disinformation around the “war on terror”.

It illustrates the ridiculous threat inflation that characterises our public discourse on terrorism. Since 9/11, paranoid hysteria on “Islamist radicalisation” and the “jihadist threat” has been carefully cultivated by all major institutions, including dominant media, governments, police, military and academia.

As a result, popular perceptions of the threat level, in addition to “counterterrorism” policies, are completely out of proportion with the reality of the phenomena.

The main motivation for exaggerating the menace by presenting it as an existential threat to Western civilisation, is that such scare tactics serve the interests of Western powers, including the ever-expanding military-security complex, with its astronomical budgets dedicated to the “war on terror”.

As Marc Sageman, one of the world’s top terrorism scholars, writes in his book Misunderstanding Terrorism, the politically driven manipulation of the threat of terrorism has led Americans and Europeans to “fibrillate in fear and bankrupt themselves with security” in response to a threat that is much smaller than they have been led to believe.

Among other data, Sageman counts only 66 Islamic jihadist plots in all Western countries between 2002 and 2012, involving 220 perpetrators out of a population of 700 million. Yet, due to the ongoing threat inflation, billions of dollars in public resources have been redirected towards forging security institutions and surveillance states to address what has always been a minuscule danger.

That small threat is, nonetheless, zealously presented by our rulers and their media mouthpieces as an Islamist “hydra” about to swallow us all.

No one will ever be able to calculate the cost, including in human lives, of having deprived healthcare and other public services of this much-needed money. But the cost of this radically twisted and perverted sense of priorities is surely immense, considering, for example, the sorry state of France’s hospital system, now crumbling from a lack of investment.

Such terrible policy choices, systematically justified by deliberately catastrophic rhetoric and the intimidation of those accused of being “soft on terror” or “in denial”, have also permitted the creation of a huge and ever-growing cottage industry of “experts”, talking heads, “consultants” (often former military generals recycled in the lucrative private security business), think-tanks, “research centres”, etc, all competing in the rhetoric of doom in order to turn the few significant terrorist attacks that have taken place in the West - such as 9/11, 7/7 and the Bataclan attack - into a veritable business.

By constantly invoking the handful of spectacular and significant jihadist attacks that Western nations have suffered over the past two decades, our rulers justify keeping entire populations in a state of permanent alarm, and turning democratic societies into police states.

These are Orwellian “societies of vigilance” against the Islamist “hydra”, in the new terminology of French President Emmanuel Macron.

This charming euphemism actually means hostile and permanent surveillance directed exclusively at the usual suspects: Muslims, including those who are law-abiding and peaceful, which is almost all of them, with rare exceptions.

In that context, the latest Europol report helps put things in perspective, if one looks at the actual data - rather than the predictably alarmist rhetoric of a continuing “major threat to security” in the European Union used to present that data. Even at Europol, apparently, a little threat inflation can help to maintain big budgets.

Thus, we learn that - in complete contradiction to the report’s introduction of an ongoing “major threat” - in 2018, such attacks killed … 13 people in total. Several dozen others were injured in the entire year. This is for the 28 nations of the EU, comprising a population of 513 million. This is a figure we will likely never hear from a politician or media talking head, as it risks deflating the public perception of this “threat”.

In Western Europe, the figures are usually near zero, even in absolute terms. As a percentage, the mortality threat from terrorism - including in its “Islamist hydra”, Macron-esque form - barely even registers. 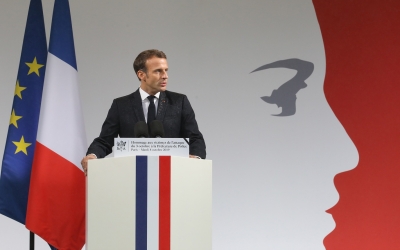 But given that scaring people with a ridiculously exaggerated “jihadist threat” has proven to be so politically useful and productive to the ruling classes, we can safely bet that billions of dollars in public money will continue to be diverted from healthcare and education systems, where they are so badly needed, and into dramatically proliferating “national security” apparatuses.

That is also why politicians and the mainstream media avoid sharing the facts on this, including that even worldwide, terrorism has been steadily declining for years, both in the number of attacks and the number of deaths.

One would not know this from listening to the incessant, dominant talk on terrorism, which has become permanent background noise.

The unjustified hype around a few attacks, which garner weeks of hysterical media coverage and political reactions, explains the discrepancy between the reality of terrorism in Western countries versus the public perception of it.

The Europol report also notes that “all jihadist terrorist attacks were committed by individuals acting alone” and using weapons such as knives or small firearms, as opposed to organised networks using deadly explosives and military assault rifles. This is another sign of the severely reduced appeal and logistical capabilities of terror groups.

Contrary to the continuing lies that suggest no country is spared from the jihadist threat, in reality, in 2018 - as in previous years - “the majority of EU member states did not report any jihadist terrorist attacks”, the report notes.

The same is true for the US: “In 2018, despite IS [Islamic State] calls for people in the USA to take advantage of the country’s firearms laws to acquire weapons and perpetrate attacks, IS did not claim any violent incidents in the USA as having been perpetrated by its members.”

The number of suspects arrested for possible participation in “jihadi” terrorism is itself small: 511 out of a total European population of more than 510 million, and a Muslim European population of about 25 million. And the 511 figure refers to arrests, not convictions. The total number of verdicts, either convictions or acquittals, pronounced for terrorism-related offences was 664.

These numbers include all offences even tangentially related to terrorism, including document forgery, “travel to a zone controlled by a terrorist group”, “glorification of terrorism”, using social media “to spread terrorist content” - even mere preparations to travel to Syria “to marry a man who was presumably a member of IS”.

The net could not be larger. Yet, despite this widest possible judicial definition of “terrorism”, the total number of verdicts - which includes acquittals - never even reached 700. This puts the lie to the notion of large-scale, violent Islamist extremism allegedly affecting large segments of our Muslim populations.

Out of a total of 129 'failed, foiled or completed attacks' across the EU, 24 were classified as 'jihadist', while 83 - nearly two-thirds - were 'ethno-nationalist and separatist'

Specifically, out of a total of 129 “failed, foiled or completed attacks” across the EU, 24 were classified as “jihadist”, while 83 - nearly two-thirds - were “ethno-nationalist and separatist”.

Again, ask yourself whether you’ve heard any politician, elected official, “expert” or media talking head mention any of these facts during their incessant hype about “the Islamist/jihadist threat”?

It is not surprising that these facts, figures and trends are systematically suppressed from the dominant public discourse, which deliberately appeals to emotion over fact.

The goal of the “war on terror” is not so much to address an ominous threat, but to serve the various political, institutional, economic and geopolitical agendas of those who manipulate the discourse and control policy - from military interventionism in the Middle East for hegemonic purposes, to repression of dissenting voices, to grabbing media attention or securing a “counter-terrorism” budget, to transforming our free and democratic communities into police states and Orwellian “vigilance societies”.

Politics
Advice to the US on Iran: You are not a 'normal nation'
Marco Carnelos
Politics
How the US empire stole the left's ideas
Joseph Massad
Politics
Israel and El Salvador: Love in a time of genocide
Belen Fernandez 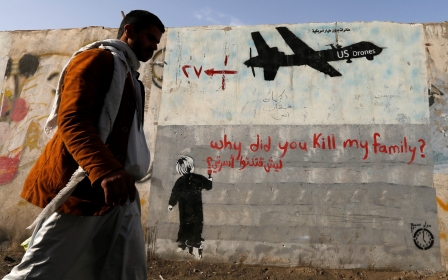 Islamophobia
After Christchurch, Muslim commentators must call out the war on terror as much as far right violence
Hafsa Kanjwal 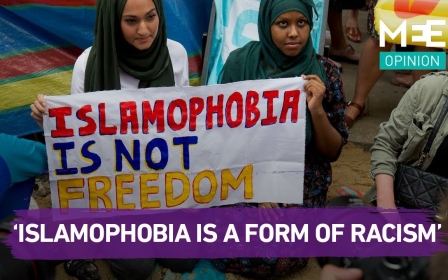 Islamophobia
What is the relationship between government counter-extremism policies and the Islamophobic far-right?