To kill or not to kill: The BBC’s House of Assad tells Syria as Shakespeare

Oscar Rickett
The nightmare Syria finds itself in goes so far beyond the personal dynamics of a Shakespearean tragedy. It is one that reaches back into the past, taking in issues of colonialism, religion, power and democracy 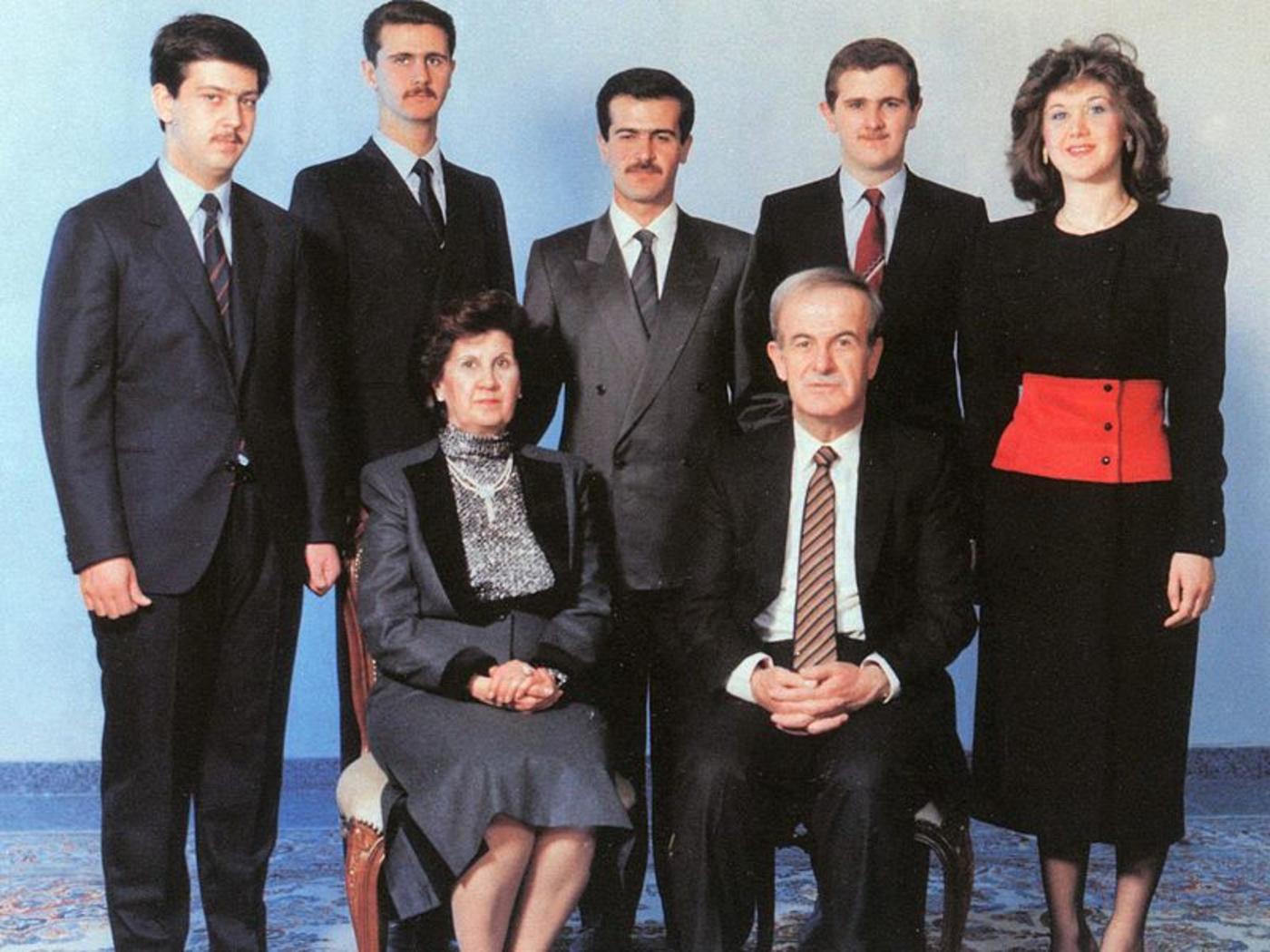 In the wake of the 2016 US presidential election, a London-based television production company called 72 Films made their first programme, a one-hour long documentary about Donald Trump’s family.

Meet the Trumps - which I worked on - was directed by Paul Berczeller, who had come up with the idea of telling the story of the new president through the story of his family, beginning with the arrival in America of Friedrich Trump, Donald’s grandfather, who came to the new world from Germany in 1885.

The story of the Trump family sits somewhere between Arthur Miller’s explorations of the dark soul of American capitalism and The Godfather’s saga of crime and power. At the heart of it is a relationship between a powerful father and a younger son. It’s a story 72 Films did very well out of – Meet the Trumps was broadcast on Channel 4 and was then spun out into a Netflix series.

It tells the story of Syria’s last decades as Shakespeare, a grand family drama complete with a father-son relationship that would have captivated Freud. Bashar is Hamlet, the son trying to live up to the ghost of the father; or he’s Macbeth, propelled into power and darkness by a strong woman (in this case, both his mother and his wife, in different ways); or he’s Richard the Third, a tyrant gripping onto power; or he’s one of King Lear’s daughters, wondering what to do with the love and rage of the man who defines his life.

We begin in quieter places, at a hospital in Paddington in London. It’s 1993 and a British doctor is talking about his colleague Bashar, who comes to work “in a big black car every day”. When a patient reacts in wonder and excitement to this doctor, the truth comes out: "I haven’t told anyone, but my father is the president of Syria," an embarrassed Bashar tells his colleagues.

“It’s hard to place that junior doctor where he is in the context of the world now," his former colleague says, and the drama spools out from there, establishing a trajectory that will see Bashar morph from mild-mannered eye doctor with a fondness for Phil Collins into a cold-eyed dictator with a fondness for bombing his country’s citizens.

At this early point, though, Bashar is not meant for leadership. On telling his father he wanted to be a doctor, Bashar is told that it “doesn’t matter what you do”. Hafez tells his son: “Whatever you do, just succeed.” These words will echo, as Bashar will later seek to succeed in the role of his father, who we are told made male soldiers kill puppies in front of him and had female soldiers bite the heads off snakes.

Bassel is the oldest brother being prepared for succession, like Freddy Trump or Sonny Corleone. He is "licensed to do anything". He is charismatic. He has a rival horseman arrested for beating him at an event. His English tutor - who seems half in love with him - tells us about his penchant for riding around in sports cars full of weapons. “Are you scared?” Bassel asks him, laughing. Bassel is not scared.

Freddy Trump descended into alcoholism and died, his relationship with his father deeply troubled. Sonny Corleone died in a burst of gunfire. Bassel al-Assad dies in a car crash in 1994. Hafez’s first thought, on hearing the news, is to ask if it is a coup.

The Sykes-Picot agreement that saw France and Britain secretly carve up Ottoman Syria in 1916 is not even referenced, let alone examined

Quiet Bashar isn’t the obvious choice as heir but with brother Majd a “drug user”, sister Bushra – apparently her father’s favourite - a woman, brother Maher "completely crazy and evil" (the words of Conservative MP Brooks Newmark) and uncle Rifaat once guilty of trying to overthrow Hafez, there aren’t too many options and Bashar wins by default.

Footage shows the boy who would be king speaking at a memorial for Bassel, his notes flapping in the wind, his voice unconvincing, his father looking on unimpressed.

The patriarch’s drama is everywhere enhanced. Bashar is "given a crash course in how to be a military dictator". He is forced to toughen up, to not cover his mouth when he speaks. Hafez’s legendary cunning is discussed. His "hamburger trick" is explained: he offers another leader something (a hamburger), but when it comes down to it, he gives them nothing (just a bun).

The wider context goes unilluminated. Hafez, as his New York Times obituary has it, “was most renowned for lecturing foreigners, even American presidents, about the unfair colonial fragmentation of the Middle East", but this fragmentation is unmentioned across three episodes.

The Sykes-Picot agreement that saw France and Britain secretly carve up Ottoman Syria in 1916 is not even referenced, let alone examined.

It is very similar to the one used in the Trump programme, showing the whole family together, with the insurmountable pairing of father and mother at its centre. Contributors make comparisons to the mafia and to Shakespeare on more than one occasion. The soundtrack is often opera, enhancing the sense of high drama.

If the thrust of the series is that quiet Bashar had to take on the being of hard Hafez, variations on that interpretation are available.

The veteran Lebanese political leader Walid Jumblatt, himself part of a political dynasty far older than the Assads, is one of the treats of the show. Jumblatt, looking like a stately Arctic bird, describes meeting Hafez after his father had been killed on the orders of the Syrian leader. “Believe it or not," Jumblatt says, “we started a kind of friendship.”

Hafez was “much more intelligent and subtle” than Bashar, the Druze leader says. When you first meet people, you sometimes get an instant sense of whether you like them or not. “We disliked each other,” Jumblatt says of his first meeting with Bashar. "He’s different from the father."

The tension is between Western-friendly PR, as represented by Asma, and the repressive tactics deployed by Hafez. In the end, the Assads opt for a mix of the two

Bashar also has mummy issues. Anisa Makhlouf, the matriarch, Bashar’s mother, is described as "very tough, manipulative". She is an old-fashioned Lady Macbeth, intent on crushing opposition and keeping her husband’s legacy intact. By contrast Asma, Bashar’s British-born and raised wife, a former investment banker dubbed "a rose in the desert" by Vogue, is the "beautiful, British, liberal" face of modern Syria.

The tension is between Western-friendly PR, as represented by Asma, and the repressive tactics deployed by Hafez. In the end, the Assads opt for a mix of the two with Asma the beautiful face behind which the violent regime hides.

For all that opposition to them may sometimes come in imperial forms, Bashar and Asma are dictators for a neoliberal age in which PR is king. They build an opera house, they have tea with the Queen, they go to the Pope’s funeral and then they preside over a state that kills and spies and represses. Asma has an Instagram account. She talks up women’s rights.

The series is captivated by her but it exposes the brutal hypocrisy of her and her husband. A piece of archive footage is returned to again and again. It is Asma al-Assad, telling a television interviewer that she knows her husband is a man “that cares”, that she knows who he is as a husband and a father.

Footage of bombings and protests are played against it and a former Syrian intelligence officer tells us that Bashar cannot claim to have clean hands: he knows everything.

In the end, the dramatic allure of Bashar’s daddy issues clouds the issue somewhat. He hasn’t been responsible for the killing of hundreds of thousands of people just because he had to live up to the expectations of his father and mother. Certainly no-one would envy Bashar al-Assad, but the nightmare Syria finds itself in goes so far beyond the close, internal dynamics of a Shakespearean tragedy.

It is a nightmare that has proven very difficult to report on and far harder to live through. It is one that reaches back far into the past, taking in issues of colonialism, religion, power and democracy. It is one drowning in information and misinformation, in violence and exhaustion.

BBC's House of Saud: How much of it is real?
Peter Oborne
Read More »

At the end of the series, a Syrian doctor shows us a drawing by a child from Aleppo. In it, the dead smile and the living cry. And so we close with the suffering of the Syrian people.

That’s as it should be. This may be a drama. It is also real life.

- Oscar Rickett is a journalist who has written and worked for ITN, VICE, The Guardian, BBC, Africa Confidential and various others. 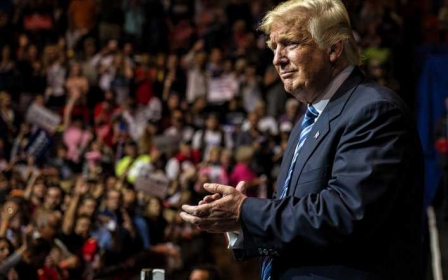 USA 2016
The Trump I know: An orange-hued authoritarian haunting my dreams
Oscar Rickett 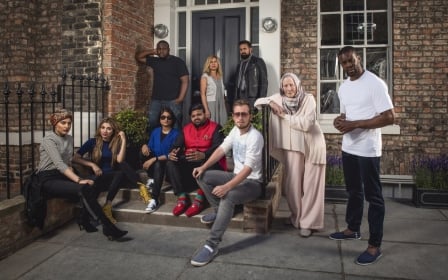 Culture
BBC's House of Saud: How much of it is real?
Peter Oborne