Since the discovery of oil in the country in the 1930s, Saudi Arabia has been an important hub for western interests in the Middle East region.

King Salman bin Abdulaziz will leave the throne almost a century later. His successor will no doubt see this pivotal role gradually being eroded under a changing global energy market. As the US is no longer dependent on Saudi oil, or that of the Middle East in general, the kingdom’s special relationship with the US will be demoted, leaving the country exposed to regional and international hazards.

Under US President Donald Trump, the new leadership in Riyadh - above all, Crown Prince Mohammed bin Salman - enjoyed a momentary sigh of relief as the president continued to maintain close relations with the prince, manipulating his fears and worries, and supporting his spending spree on arms. The prince figured he could get away with murder, and he literally did.

When Mohammed bin Salman oversaw the murder of Jamal Khashoggi in Istanbul in 2018, Trump rewarded him by stating: “It could very well be that the crown prince had knowledge of this tragic event - maybe he did and maybe he didn’t.”

Trump's rambling echoed well in Riyadh, providing the necessary comfort for an embattled king whose son's brutality knew no limits

The statement was a godsend for the crown prince. But Trump went even further, adding: “In any case, our relationship is with the Kingdom of Saudi Arabia. They have been a great ally in our very important fight against Iran. The United States intends to remain a steadfast partner of Saudi Arabia to ensure the interests of our country, Israel and all other partners in the region. It is our paramount goal to fully eliminate the threat of terrorism throughout the world.”

Noting that Saudi Arabia is the largest oil-producing nation in the world after the US, Trump continued: “They have worked closely with us and have been very responsive to my requests to keeping oil prices at reasonable levels … I intend to ensure that, in a very dangerous world, America is pursuing its national interests and vigorously contesting countries that wish to do us harm. Very simply it is called America First.”

Trump’s rambling echoed well in Riyadh, providing the necessary comfort for an embattled king whose son’s brutality knew no limits. This feeling of comfort may not last after the king’s departure, which may coincide with a change of minds and hearts in Washington after the US election in November.

The US media, civil society and Congress have proven to be less accommodating towards a prince whose crime shocked the world. The US judiciary is now taking on the case of an alleged Saudi assassination attempt that failed to eliminate another critical voice in exile, Saad al-Jabri, a key former intelligence official alongside the deposed Mohammed bin Nayef. Jabri was allegedly targeted by the crown prince’s death squad in Canada.

After King Salman, Saudi Arabia may not be able to take for granted the unconditional support of a future US president. Nor can the kingdom turn to Europe, another western bloc that historically indulged the kingdom and did not challenge its excesses, both domestic and regional.

The public mood in Europe remains sceptical of continuing to offer the young crown prince its full support, with the exception of Britain. Both France and Germany remain on guard, as their constituencies may succeed in halting the historical silence over the kingdom’s violations of human rights and international law. Both countries remain hesitant to support the kingdom’s brutal adventure in Yemen or to fully endorse a confrontational position against Tehran, Riyadh’s archenemy.

And after allegations that the former king of Spain, Juan Carlos, received $100m in bribes from the deceased King Abdullah and had to flee his country, there is less tolerance for unconditional engagement with the kingdom.

Saudi Arabia will find itself forced to nourish closer ties with China and Russia. But there is less hope that the kingdom will find stronger and more loyal allies in either country than its own historical ones in the West. Its military capabilities remain tied to western, and above all US, manufacturers and training schemes.

Despite the fact that Salman’s kingdom can purchase the odd missiles and surveillance technology from China, it would be difficult to switch fully to a Chinese military apparatus. There is equally no hope that Russia will replace the US as the ultimate Saudi protector. Riyadh’s dispute with Russian President Vladimir Putin at the beginning of the year over oil prices and production set the scene for a troubled relationship. Moreover, Russia’s positive endorsement of Iran and its role in the Arab world is far removed from the kingdom’s aspirations to contain Iran or even topple its regime.

With a fractured and polarised Muslim world, Salman’s kingdom will not be able to claim leadership over Sunni countries that are increasingly questioning Saudi hegemony for all sorts of reasons.

From Pakistan to Indonesia, few leaders will respect the successor to the throne, a young crown prince who is increasingly associated with intrigues and murder, and may well be bankrupt by the time his father passes away. Saudi leadership over the Sunni Muslim world will no doubt come face to face with President Recep Tayyip Erdogan’s Turkey and his ambition to gradually displace Saudi Arabia and erode its influence.

With fewer dollars in Saudi coffers, a battered economy during the coronavirus pandemic, a hostile environment for Muslim workers, and regular deportations of Asian and African immigrants, Muslims around the world are increasingly sceptical of the Saudi leadership.

This comfortable position may not last after the king's death, when his son takes over the throne and becomes the dangerous man of Riyadh

Historically, many countries considered Saudi Arabia to be a force for stability, preserving the status quo and facilitating the stabilisation of the Arab region. However the aggressive Saudi diplomatic and military interventions in the region - from Egypt, to Yemen, to Bahrain - have challenged the old wisdom about its benevolent role.

Since 2011, the kingdom has earned new enemies among pro-democracy Arab activists, feminists and Islamists. But its western apostles and apologists turned a blind eye until they were confronted with the brutal murder of Khashoggi.

Both the war in Yemen and the prevalent domestic repression remained a minor embarrassment dismissed by an aggressive public relations campaign aided by many western corporations, global media and partners of the regime.

This comfortable position may not last after the king’s death, when his son takes over the throne and becomes the dangerous man of Riyadh.

Read part one of this three-part series here and part two here. 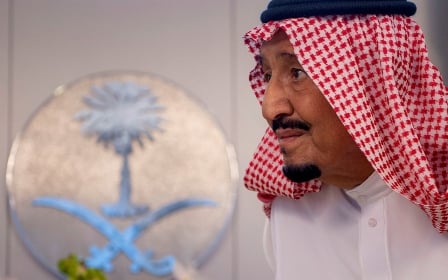 Inside Saudi
Saudi Arabia: How one fateful night set in motion a series of brutal purges
David Hearst 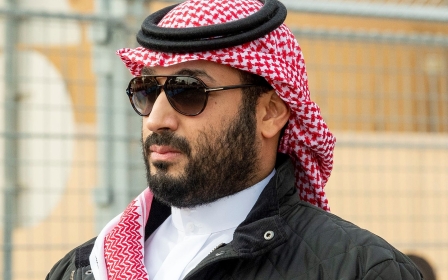