Belen Fernandez
As Israel continues its murderous machinations against Palestinians while regularly threatening to attack Lebanon, the hope for peace is slim 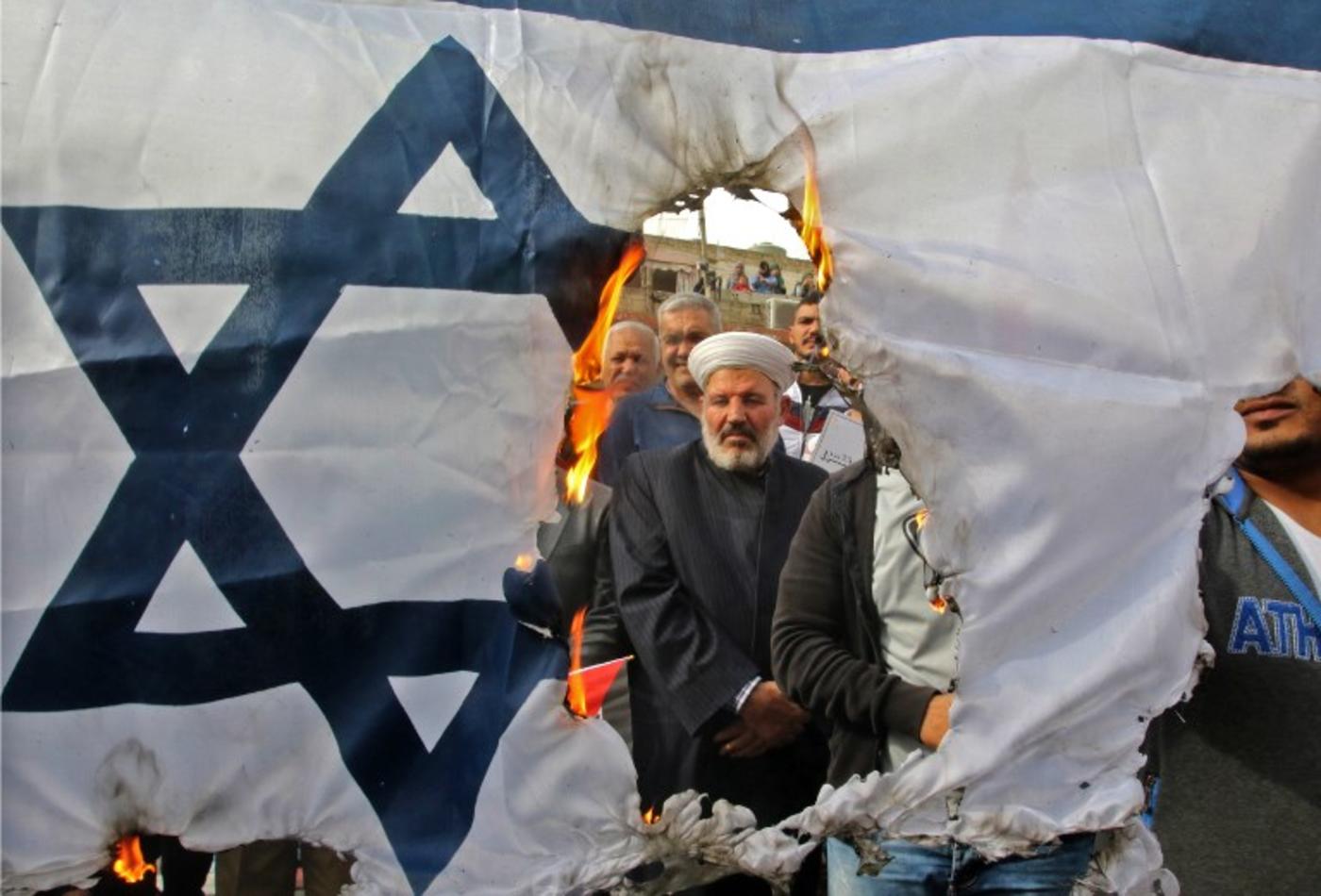 This May, Israelis will celebrate their 70th anniversary of "independence"  - a grotesque euphemism for ethnic cleansing and the forcible establishment of the state of Israel on Palestinian land. The process entailed the killing of some 10,000 Palestinians, the expulsion of 750,000 more, and the destruction of 500 or so villages.

April, meanwhile, hosts the 43rd anniversary of another terrible regional episode in which Israel played no minor part. This one goes by the name of the Lebanese civil war, a 15-year affair with complex and multifaceted causes, ranging from egregious socioeconomic injustice and a disproportionate distribution of political power and resources to increasingly self-fulfilling efforts to channel public discontent into sectarian antagonism.

The civil war is generally regarded as having commenced on 13 April 1975 - when right-wing Christian Phalangists massacred 27 Palestinians travelling by bus through the Beirut suburb of Ein el-Rummaneh - and ultimately eliminated an estimated 150,000 people.

An additional 17,000 were disappeared, their surviving family members condemned to continuous psychological punishment and grief due to the Lebanese state's unwillingness - to this day - to exhume mass graves or otherwise pursue accountability. After all, any such resurrection of the past would have obvious implications for the civil warlords who remain in power.

Without doubt, Israel's more notorious wartime contributions include its 1982 invasion of Lebanon - not to be confused with its 1978 invasion or other bombing sprees - in which the Israeli military dispensed with some 20,000 lives, the majority of them civilians

As in the case in the present Syrian conflict, however, the term "civil war" can almost be seen as a misnomer in the Lebanese context, given the extent of outside involvement. And while there are plenty of players - both foreign and domestic - with a surplus of blood on their hands, it’s useful to reflect on the Israeli role in particular, if for no other reason than to highlight the fact that Israel’s habitual terrorising of the Middle East has done nothing to jeopardise its service as BFF and supposed terror-fighting partner of the global superpower.

Without doubt, Israel's more notorious wartime contributions include its 1982 invasion of Lebanon - not to be confused with its 1978 invasion or other bombing sprees - in which the Israeli military dispensed with some 20,000 lives, the majority of them civilians. In typically generous fashion, US Secretary of State Alexander Haig provided a green light for the assault.

‘They smouldered for hours’

In his acclaimed book Pity the Nation: Lebanon at War, veteran journalist Robert Fisk recounts the aftermath of Israel’s unleashing of phosphorus shells upon West Beirut in the summer of 1982, when patients began arriving to Barbir hospital "still on fire". He quotes a doctor, Amal Shamaa, on the situation of five-day-old twins who were brought to the hospital dead: “I had to take the babies and put them in buckets of water to put out the flames. When I took them out half an hour later, they were still burning. Even in the mortuary, they smouldered for hours.”

So much for "purity of arms".

Also in 1982, Israeli-backed Phalangist militiamen massacred up to several thousand civilians at the Palestinian refugee camps of Sabra and Shatila in Beirut. An Israeli commission of inquiry determined that then-Israeli defence minister Ariel Sharon bore personal responsibility for the atrocities.

In an article about the massacre for the Refugees Deeply website, Swee Chai Ang -  who served as a volunteer medic in Sabra and Shatila and is now a consultant orthopaedic surgeon at St Bartholomew’s and Royal London Hospital - recalls some of the anti-highlights: "The terrified faces of families rounded up by gunmen while awaiting death; the desperate young mother who tried to give me her baby to take to safety; the stench of decaying bodies as mass graves were uncovered; the piercing cries of women who discovered the remains of their loved ones from bits of clothes and refugee identity cards."

Having long fantasised about the installation of a friendly Christian regime in neighbouring Lebanon, the Israelis were presumably tickled pink to find that their hatred of Palestinians was shared by the Lebanese Phalangists, among others. Never mind that, as Fisk has pointed out, the founder of the Phalangists had gotten the idea for his party from none other than the Nazis.

Conveniently for the proponents of perpetual war, the 1982 invasion also prompted the formation of Hezbollah, which soon replaced the Palestinians as the cross-border "terrorists" justifying all manner of Israeli terror.

Following an overzealous Israeli assault on Lebanon in 1993, Noam Chomsky penned a lengthy essay in which he quoted a senior Israeli officer as stating that the goal of this particular campaign was "to wipe [certain Lebanese] villages from the face of the earth" - an approach remarkably reminiscent of Israel’s modus operandi in Palestine.

Chomsky took the opportunity to address the Israeli occupation of south Lebanon, which had continued even after the civil war officially ended in 1990 with the help of a "terrorist mercenary army" known as the South Lebanon Army, an Israeli proxy that also assisted in overseeing Israel's prison-cum-torture-centre in the village of Khiyam.

Most significantly, however, Chomsky outlined the motives behind the 1982 Israeli invasion, which he noted had "never been concealed in Israel, though they are rated ‘X’ here [in the US]".

Judging from statements by Israeli officials and academics, the assault was essentially a result of the fact that the Lebanon-based Palestine Liberation Organisation was "gaining respectability thanks to its preference for negotiations over terror", Chomsky explained, and needed to be coerced into resuming terror operations so as not to "endanger … the [Israeli] policy of evading a political settlement".

Consider, for example, Israeli prime minister Yitzhak Shamir's subsequent assertion that the war was necessitated by "a terrible danger … not so much a military one as a political one". Or the opinion of Yehoshafat Harkabi, a former chief of Israeli military intelligence, that the invasion should have been called "the war to safeguard the [Israeli] occupation of the West Bank".

Forty-three years have now passed since the launch of the Lebanese civil war. But as Israel continues its murderous machinations against Palestinians - while also regularly threatening to inflict the apocalypse on Lebanon - there is unfortunately little danger of peace.

Photo: Protesters burn an Israeli flag during a demonstration, organised by Hezbollah, in the streets of the southern Lebanese port city of Sidon last year, to protest the US declaration of Jerusalem as Israel's capital (AFP) 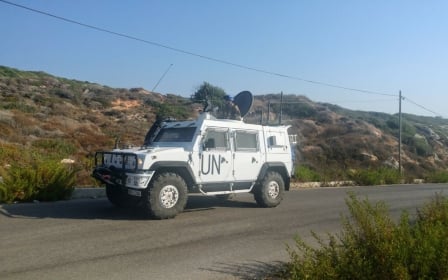 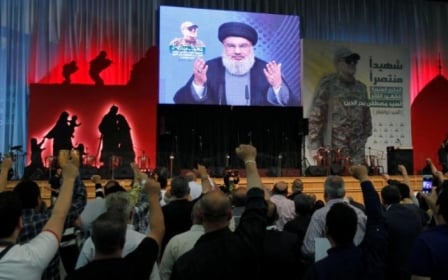 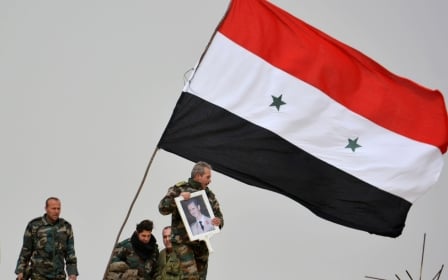