Libya crisis: Is the Arab and Western counter-revolution failing?

François Burgat
Claiming to be fighting a 'war on terror,' a coalition of states with vested interests has severely escalated the Libyan conflict 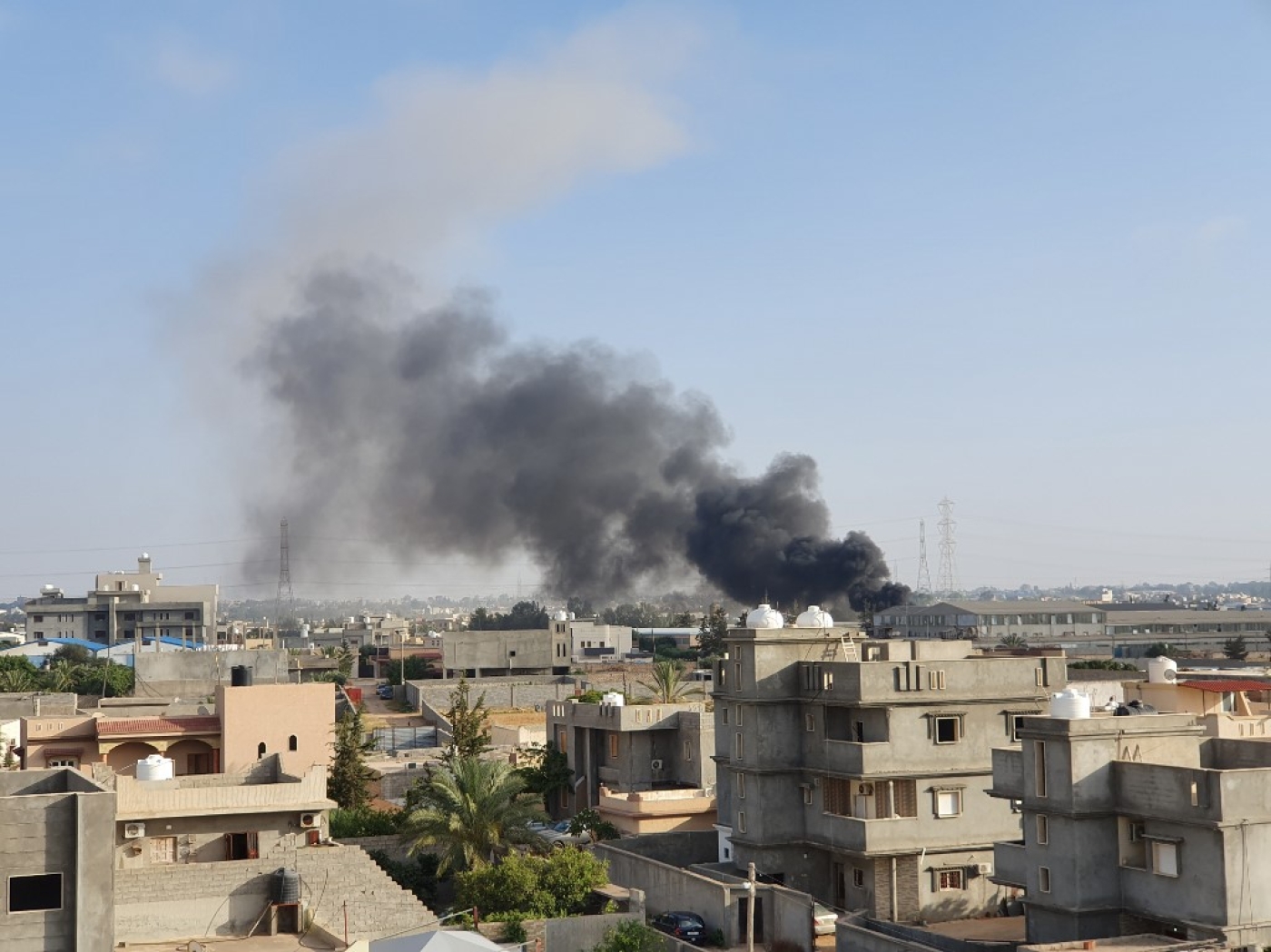 We may be witnessing the end of the operations launched several months ago by the UAE, Saudi Arabia, Egypt and France to militarily push Libya into accepting an "anti-Islamist" authoritarian regime, in the vein of Abdel Fattah el-Sisi's Egypt.

This episode, in which General Khalifa Haftar's Libyan National Army launched an attack on Tripoli, home to Fayez al-Sarraj's UN-backed government, has highlighted a trend in which international players have asserted their hegemony over their local counterparts, just as we saw in Syria and Yemen.

Naturally, Sisi has become an ally of Saudi Arabia and the UAE, as leader of the first repressive regime both helped to create by sabotaging the 2011 Egyptian democratic experiment. Egypt, which shares a border with Libya, has become the role model for the Emirati-Saudi enterprise.

France's discourse, meanwhile, taps into the "war on terror" rhetoric to justify its participation, such as by implying that the Tripoli government is close to "terrorist" groups. Just as in Yemen, Paris seems far more motivated by its close commercial and strategic relations with Riyadh and Abu Dhabi.

While France claims to defend multilateralism in the Trump era, it has shown its disapproval of the Tripoli government by protecting Haftar against any action by the UN Security Council. Haftar was thus able to show complete contempt for the UN by opting to attack Tripoli just as Secretary-General Antonio Guterres arrived in Libya.

'France's strategy has been stripped of its fragile justifications. Its display of multilateralism is no longer credible'

Internationally, the quartet enjoys the diplomatic support of Russian President Vladimir Putin, who tramples in Libya the "respect for international law" he invokes to justify his country's decisive intervention in Syria.

Their second powerful ally is US President Donald Trump. The White House naturally supports Haftar, given that in 1987, after the defeat of the Libyan troops he was commanding in northern Chad, he offered his services to the CIA, which backed him for years as he awaited the opportunity to topple Muammar Gaddafi.

Trump is replicating in Libya the alliance he initiated in Yemen with his largest regional client - Saudi Arabia - and this time with an Emirati-Saudi duo that is as convinced as its Israeli ally of the necessity to deter Iran's territorial ambitions in the Middle East.

The Tripoli government's partners and those who shared the hopes of the Arab Spring can count on Qatar and Turkey, but both are preoccupied with their own domestic and regional situations, including the embargo against Qatar and Turkey's role in the Syrian quagmire. Tripoli is also enjoying the benevolence of its former colonial power, Italy, which has cast itself as France's competitor.

In a recent column, Anwar Gargash, the UAE's foreign minister and ideologue, said "extremist militias" have inflicted setbacks on the "peace" efforts he claims to have deployed alongside Ghassan Salame, the UN's Libya envoy. This PR piece put a spotlight on what has been plotted in Libya since early April, revealing the hierarchy in the expectations and hopes of those who - from Paris and Washington to Cairo - have joined forces.

"The UAE will always act with goodwill and with partners like France, who share our vision, in order to protect as best as we can the interests of the region and of its people," Gargash noted.

Behind this cosmetic communications operation, it is important to be aware of the true nature and goals of that policy. The goals of the Emirates and its Arab allies revolve around the quest for "stability," which boils down to their own vested interests - to contain and deflect any attempt at democratising their respective kingdoms - and to the interests of their European clients and partners.

France's strategy has been stripped of its fragile justifications. Its display of multilateralism is no longer credible, due to numerous recent revelations.

In July 2016, after three French intelligence agents died in a helicopter crash on Libyan soil, Paris explained that France was supporting the fight against "terrorism". This was hardly convincing to anyone who considered that the definition of "terrorism," similar to the situation in Sisi's Egypt, tended to focus solely on political adversaries. 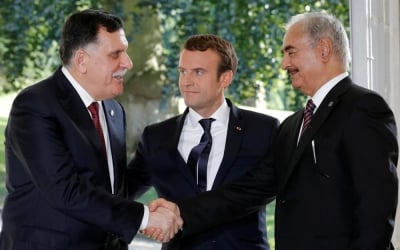 This past April, an incident at the Tunisian border revealed the presence of more than a dozen holders of French diplomatic passports who were transporting military equipment, suggesting that French special forces were on the ground to guide Haftar's Tripoli offensive.

France's duplicity was again on display when, returning from Paris in May, Sarraj retaliated against what he considered to be French President Emmanuel Macron's complicity in Haftar's Tripoli campaign by suspending the activities of several major French companies operating in Libya.

The short-term, clientelist and authoritarian options that subtend Paris' agenda have been exposed: in exchange for the promise of fat Libyan and Emirati contracts, France has been supporting Haftar's violent imposition on the ashes of the Libyans' revolutionary hopes. But as nothing would prevent Macron from expecting similar juicy contracts in the event of a Sarraj victory, it is the ideological, "anti-Islamist" variable that pushed him to back one side against the other.

The Tripoli battle is one of the facets of a central dynamic in the Maghreb and the Middle East today. In opposition to the 2011 Arab Spring, with the more or less explicit support of Western powers, a counter-revolution is now unfolding throughout the region.

Justified by the eternally useful alibi of the "war on terror" - or, more broadly, of the "fight against Islamism" - the Arab counter-revolution actors have strategically targeted one political movement in particular, the Muslim Brotherhood, which they rightly consider to be the only force capable of threatening the foundations of their respective regimes.

In a covert manner since 2011, and more openly since June 2017, their targets now include Qatar, because it backed the Arab Spring, which itself threatened the oil monarchies. The Emirates and their Western allies have delivered a terrifying rejection of the very concept of democratising the Arab world, excluding from a political solution those who, in Tunisia and Egypt, won the first post-Arab-Spring elections.

Yet, this is the option that Trump is looking to adopt. It is also the one demanded by the vast majority of the Western political class, which is gripped by Islamophobia.

For the past several years, a wide range of counter-revolutionary methods have been deployed, including media and political lobbying. In France, the Center for Middle Eastern Studies, under the leadership of Sisi ally and former Egyptian MP Abderrahim Ali, deploys anti-Muslim Brotherhood and anti-Qatar rhetoric, which includes pandering to far-right French leader Marine Le Pen.

This intense media and diplomatic lobbying is complemented not only by a steady supply of weaponry to Libya - in violation of the UN embargo imposed since 2011 - but also by direct military interference.

In Yemen, such interference has been open and massive since March 2015, with dramatic humanitarian consequences. There the political goals differ from those in Libya or Egypt, with the main enemy identified on a confessional (Shia) basis, as one factor in the regional power balance with Iran.

Yet, the fight against the Muslim Brotherhood also features prominently in the Emirates' bellicose agenda in that country. After the Houthis, their second target is the Muslim Brotherhood, whose members are present in the ranks of al-Islah party. The UAE did not hesitate to entrust US mercenaries with the mission of physically eliminating several southern leaders of that party, even though it is fighting with them against the Houthis.

In Libya, too, the direct military interference of the UAE includes recruiting and financing militias that constitute the bulk of Haftar's military forces. In 2014, during the first battle for control of Tripoli, the UAE conducted air raids from Egypt. There is also evidence that it has deployed drones, one of which was allegedly shot down last month above Tripoli.

Ongoing debates over the importance and exact role of the forces closely or distantly associated with the Islamist movement are still useful, given the great diversity of their roles and functions in Libya and elsewhere. Yet, outside of Parisian ministerial circles, few analysts grant any credit to the "anti-Islamist" rhetoric of the Haftar/UAE clan - and even less to their "anti-extremist" discourse. 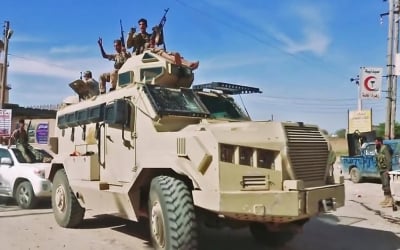 The Gulf and Europe: Libya's proxy war is a web of conflicting narratives
Read More »

This alibi falls apart if one takes the time to notice that most of Haftar's military potential is composed of Madkhalist militias whose doctrinal radicalism rivals that of the Islamic State. These militiamen come from the Saudi Salafist mould, free to escalate the social and religious terrain in the most retrograde manner, in exchange for blindly submitting to political powers and denouncing their political Islamic rivals.

Despite what Haftar's supporters are claiming, the clashes in Libya are not ideological. What is under way is a counter-revolutionary war, one of whose purposes is to seize control of the country's natural resources. Today the oil (millions of dollars in smuggled oil is funding the militias), tomorrow the mines.

The democratic ambitions necessary for stabilising the region are as absent from Gargash's programme as they are from the concerns, practices and analyses of the UAE's allies. Whether in Dubai, Riyadh or Paris, none of those fighting the "war on terror" or "Islamism" are taking the time to understand or accept that the democratic goal they despise is an absolute necessity for the stability they are calling for.

Unable and unwilling to negotiate with the electoral winners of the Arab Spring elections, they have cornered themselves, dragging the region into a cycle of severe escalation. 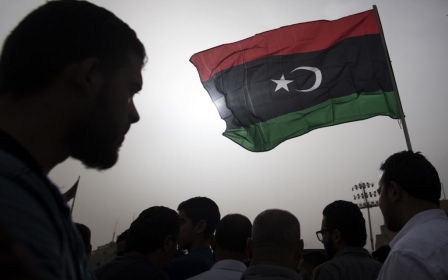 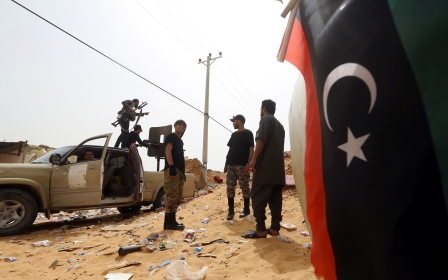 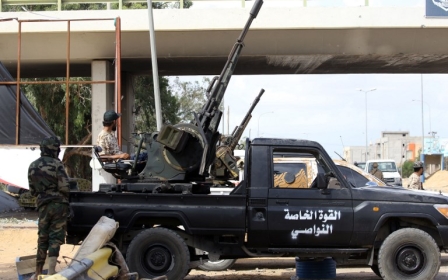