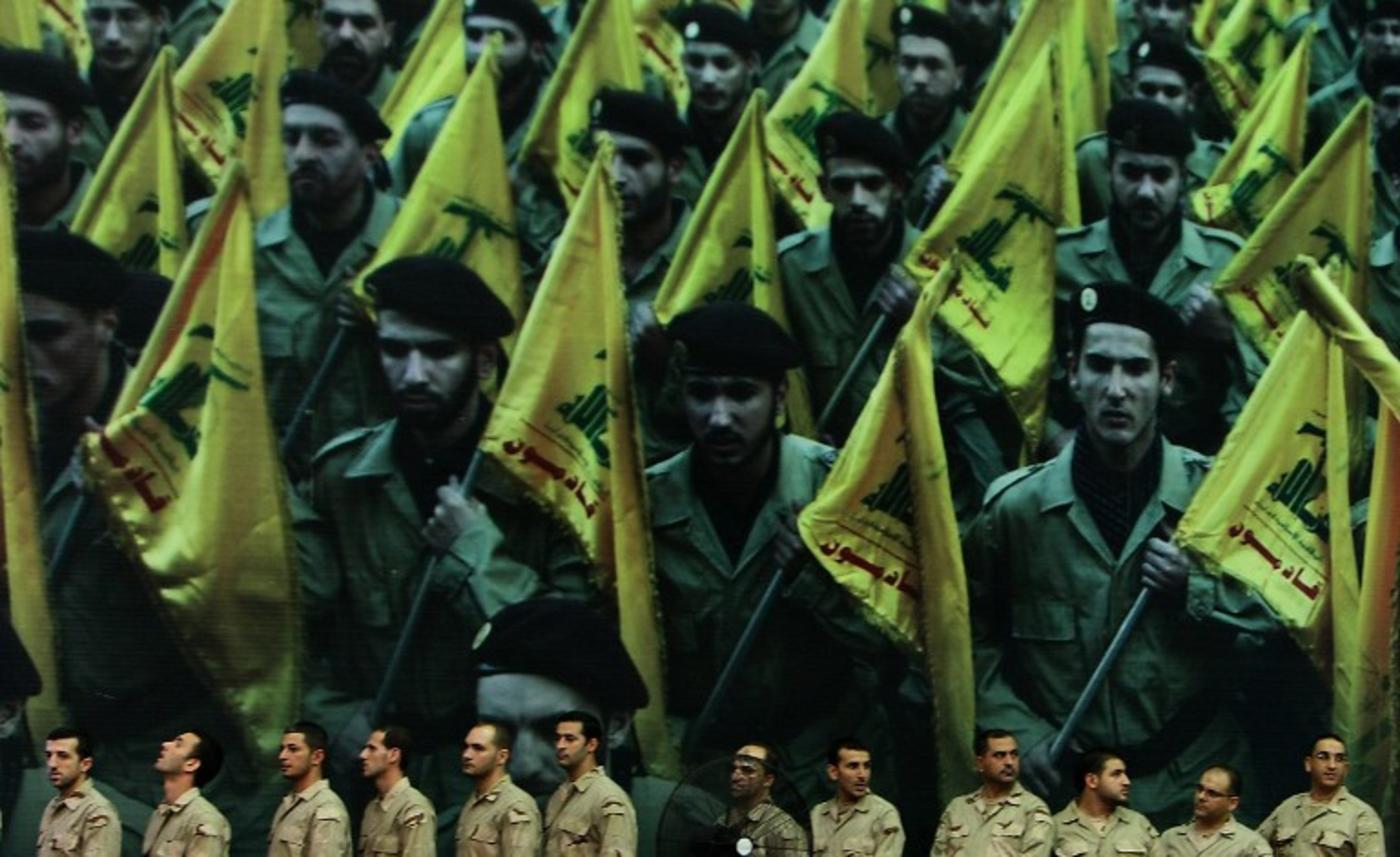 Perhaps one of the primary pillars of any state is its retention of monopoly over violence.

But in the case of Lebanon, where the state is constantly challenged by non-state actors who aspire to use force to achieve their respective goals, this concept is evasive to say the least.

Such challenges to the hegemony of the Lebanese state are numerous, ranging from the activities of the Palestinian Liberation Organisation in the early 1970s and the civil war that ensued to the more recent pro-Iranian Hezbollah bid to create its own state.

Hezbollah, with its longtime Iranian-Syrian sanctioned monopoly to fight the Israeli occupation of the Lebanese south, has gradually grabbed many of the prerogatives of the Lebanese state, chief among them matters pertaining to security.

Most recently, one of the group's cronies, Lebanese politician Weam Wahab, announced the formation of a paramilitary outfit, al-Tawhid Brigades, whose supposed aim is to defend “Lebanon from any threat it may face”.

This peculiar announcement by Wahab, one of the most controversial pro-Syrian/Iranian figures, raises several questions, most importantly what is the standing of Hezbollah which has been fully immersed in the ongoing conflict across the border in Syria.

Wahab’s choice to deliver this announcement is a message in itself. This controversial figure has earned a reputation for his defamatory rhetoric and regular departures from political correctness.

Lebanon's minister of environment in 2005 when PM Rafik Hariri was assassinated, he has diligently attempted to discredit the International Tribunal for Lebanon (ITL) – the international court created to bring Hariri’s killers to justice. He has accused the tribunal of doing the bidding of the West which ultimately wants to weaken Hezbollah and destroy “the resistance in Lebanon, Palestine and Iraq”.

Wahab, who does not miss any chance to slur the Saudi royal family, further angered the Sunni community by comparing the ITL to the “sole of his shoe” and by accusing Saad Hariri, Rafik Hariri’s son who was prime minister from 2009 to 2011, of being a Saudi lackey.

Wahab’s own party, Hezb Al-Tawhid al-Arabi, has minimal support within his own Druze sect, whose majority pay allegiance to the veteran politician and leader of the Progressive Socialist Party, Walid Joumblatt.

Despite Joumblatt’s staunch support of the Syrian revolution and his opposition to the Assad regime, his relationship with Hezbollah has remained that of positive neutrality, as he has refrained from publicly criticising its active involvement in the killing fields in Syria.

Consequently, Wahab’s Tawhid Brigade could mark a departure from this understanding. Hezbollah’s approval of the funding of a paramilitary organisation which operates within the Druze community, the group must know, would only upset the relationship with Joumblatt.

But even more perplexing is the motive which Hezbollah would have for duplicating its already existing paramilitary body, the Resistance Brigades (RB), which it operates and uses frequently to bully and suppress any opposition to its authority.

The RB retains an assortment of hoodlums and thugs which Hezbollah could easily control but still wash their hands off as needed.

However, in the case of Wahab’s proposed fascist venture - raising a militia with no real ideology - the matter is not as clear-cut, nor as rewarding for Hezbollah and its allies.

In the past, Hezbollah attempted to arm anti-Joumblatt elements within the Druze, hoping that when the need arose, these sleeping cells would join Hezbollah in assaulting of their fellow Druze.

However, in the famous 7 May battle in 2008 that saw Hezbollah lead an assault against the government forces of then prime minister Fouad Siniora, Hezbollah’s Druze gamble backfired.

Hezbollah hoped to use these anti-Joumblatt Druze as a Trojan horse, but soon discovered that the tribal nature of the community led these Druze to join the ranks of their brethren who were able to deliver a devastating defeat to Hezbollah.

So it would seem that Wahab has no real chance of challenging Joumblatt beyond the occasional street brawls his supporters would cause in some of the Druze villages, disrupting the civil peace which Joumblatt cherishes

Bullying tactics have their limits

In the not so distant past, Hezbollah used its Resistance Brigades, dubbed as Black Shirts by some, to force the appointment of Najib Mikati as premier. Joumblatt, who held the swing vote at the time, ultimately succumbed to this bullying and ended up naming Mikati to form the next cabinet.

This time around, however, the matters are somewhat different. The creation of a Druze Black Shirts will not be dealt with lightly by Joumblatt, nor his Druze followers. Trying to extract a political concession from Joumblatt such as the Mikati incident is one thing, but threatening the Druze is a completely different matter which will be met with excessive force.

Much of Iran’s tactics in the region have adopted a black shirt approach, by supporting militias such as the Hashd al-Shaabi in Iraq, the Houthis in Yemen or the Resistance Brigades in Lebanon.

But despite its successes, these bullying tactics can only go so far. If Hezbollah persists in using Wahab-like figures to further fan the sectarian fire or to merely improve their own negotiation terms in Syria and regionally, they risk losing Joumblatt, one more moderate Lebanese figure who has thus far avoided what many deem an inevitable clash between Hezbollah and the Lebanese at large.

- Makram Rabah is a PhD candidate at Georgetown University’s history department. He is the author of “A Campus at War: Student Politics at the American University of Beirut, 1967–1975” and a regular columnist for Now Lebanon.

Photo: Members of Hezbollah's music band stand in front of an image of the group's fighters as they arrive to perform during a ceremony in Beirut marking Quds (Jerusalem) Day in solidarity with the Palestinian people on 26 September 2008 (AFP) Inside Lebanon
Hariri to back Hezbollah ally for Lebanese presidency