Mizrahi Jews remind Israel of its hidden Other 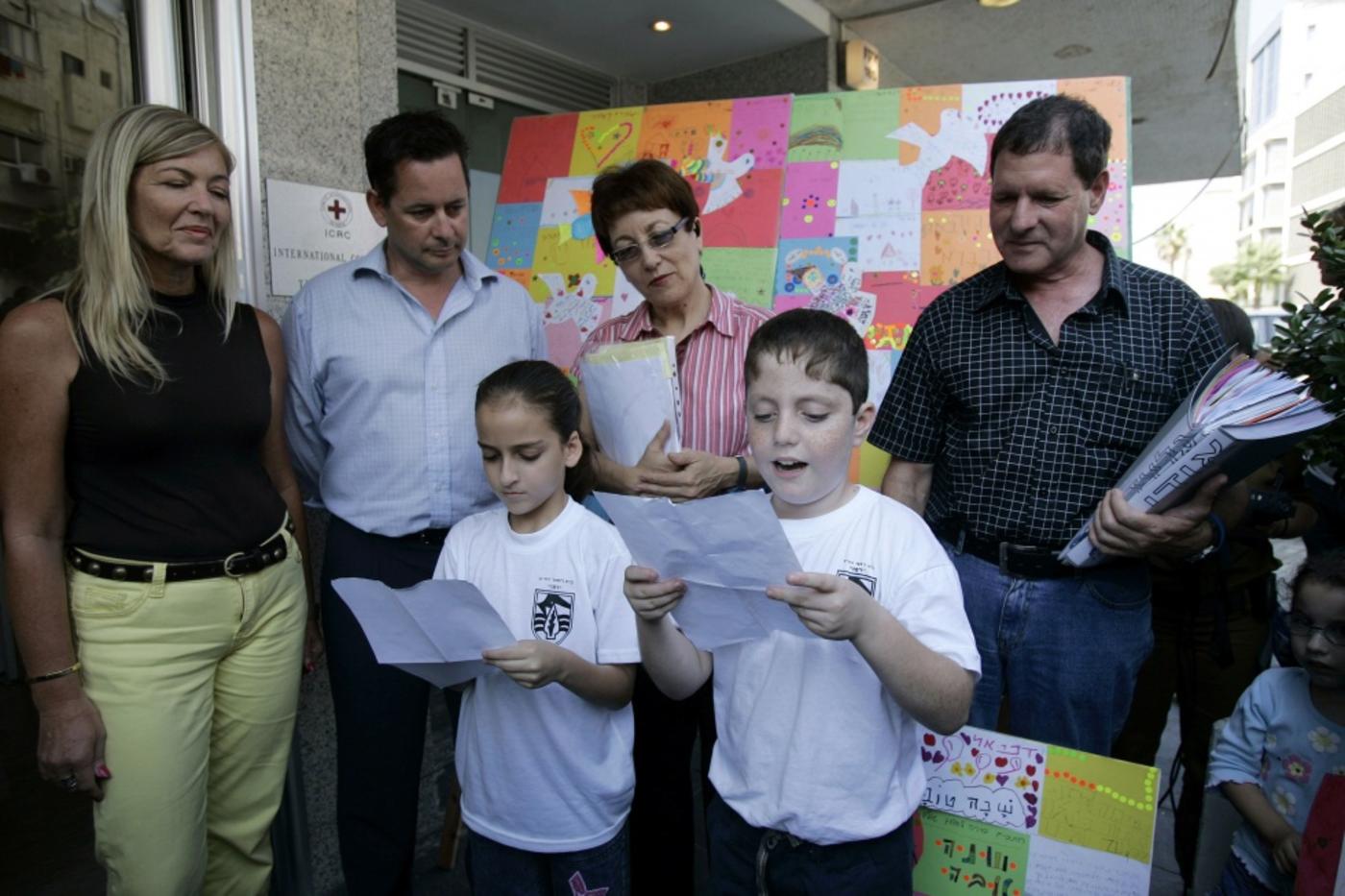 At the end of 2014 the Israeli Academy of Sciences and Humanities held a conference called “From hating the stranger to accepting the other.” The President of Israel and the Minister of Education were guests at this distinguished conference. The list of speakers included both Jews and Arabs. Mizrahi Jewish speakers were not on the schedule. The organisers of the main conference did not seem to see any need to point out who among the Jews has European origins and whose origins are North African and Asian.

But while the conference of the Israeli Academy went about discussing how to accept the other, Mizrahi artists, religious leaders and intellectuals who had not been invited to join the panels took part in an alternative conference organised at the last minute in a religious centre across the street. They named it: “The Voices of the Others.” Despite the last-minute notice and the cold and rainy weather, they filled the auditorium. Jewish musicians sang in Arabic and scholars spoke of their visions.

Dr Meir Buzaglo, a philosopher who organised the event, pointed out how the name of the official conference reflects the dominant discourse. When speaking about “accepting the other” it appears to be clear to everyone who the other is and who is responsible for doing the accepting:  “It’s as if Mizrahim, Arabs, Orthodox Jews and Ethiopian Jews, who constitute three quarters of the population, are all sitting around and waiting to be accepted.”

Professor Haviva Pedaya, an expert in Judaism, pointed out the achievements of Mizrahi activists: "We led a revolution in the cultural arena (Mizrahi music has moved from the margins to the mainstream over the years), but we must remember that this is only a cultural revolution. The next step must be an educational revolution. All of the history textbooks describe us as backward and none of us have encountered a fair textbook.”

Israel's Jewish population is divided into these two groups, with the European (Ashkenazi) group as the majority group among the Jewish citizens. It is also the group that has been in power since 1948 and has discriminated against the Jews from North Africa and Asia (Mizrahi Jews).

One reason for this kind of “colour blindness” at the conference is that Israel was established to be a safe and secure home for all Jews. Divisions, racism and discrimination among Jews undermines this historical promise. I can only compare the attitudes towards discrimination against Mizrahi Jews to the ways in which abusive relations within a family tend to be handled – with silence and denial and with a tendency to blame the victim. Those who claim that Mizrahim suffer discrimination are told that this is a thing of the past and that today anyone who works hard can succeed.

Next step: representation in text books

Pedaya's discussion of textbooks was graphically illustrated some years ago by the artist Reuven Gal who addressed the marginalisation of Mizrahi history in the books that were used when he was a high-school student.  He showed that only nine out of the 400 pages in the book were devoted to the history of Jews from Muslim countries.

Pages have been added since then, but Pedaya's call for an educational revolution requires more than that. History is still told from the perspective of European Jews with the Mizrahi - and of course the Arab - as the “other”. Throughout my education I was given to understand that there is less representation of Mizrahi history and culture than of Jewish history in Europe because nothing worthwhile happened in the Jewish communities in Muslim countries over the past 200 years.

The Jewish communities from the Muslim countries are often portrayed as backwards and as needing to be saved by the Ashkenazi Zionists - a perspective contributing to stereotypes about the Mizrahim as passive, primitive and lazy. The history textbooks have evolved over the years and these overt stereotypes have been replaced by a more subtle discourse which describes the Mizrahi as partners in the building of the nation. But until this new discourse includes admitting to the racism they suffered from, it is unlikely that things will fundamentally change.

Years ago I attended a class activity with one of my daughters. The students had written stories about their family histories and the teacher invited the parents to an evening as a part of the project. She had turned to a number of parents in advance asking them to prepare a family story. One after another the parents told moving stories of their families in Europe, during the holocaust, or in the pioneer days. None of the stories came from North Africa or Asia. Afterwards the teacher asked if anyone who hadn’t spoken wanted to share a story. I looked around. Sitting next to me were two mothers from Indian families and one from Iran. We had not been turned to in advance and we were quiet. After a brief silence I turned to my daughter and whispered, “Can I throw in a story from Algeria?” Her opinionated mother had embarrassed her enough in the past and she said no. I kept quiet, understanding how difficult it still is to tell stories from non-hegemonic narratives. The meeting ended.

Mizrahi scholars recognise the importance of the education system as a meaningful site for developing the next generation's self-esteem and dignity. They state that every child must be capable of finding him or herself in the textbooks. They struggle to increase the visibility of the history of their communities and of their cultures in the curriculum. This also means increasing the representation of Mizrahi poets and writers in the literature programme. As the writer Ronit Matalon said, a social and cultural struggle needs heroes, symbols and ceremonies. She says that in order to achieve social justice the Mizrahim need to develop a Mizrahi language. And I will add that if a Mizrahi language is to be developed, we must also decode the Ashkenazi language, or the master’s tools, with its belief in meritocracy and its strong sense of denial when it comes to systemic wrongdoing and of denial of their privileges.

How the white tribe works to preserve its power

If a group needs heroes, symbols and ceremonies, then it is a good idea to examine one mechanism that gives recognition for outstanding achievements. Every year the state announces the list of people who receive the Israel Prize. The Israel Prize is largely regarded as the state’s highest honour. It is presented annually on Independence Day in a state ceremony in Jerusalem in the presence of the president, the prime minister, the Knesset speaker and the Supreme Court president. The public never asks who does the selection and we accept the list as if it is a force of nature. This year the list of judges was revealed. It consisted almost entirely of Jewish, Ashkenazi men. It seems that over the last 15 years the majority of people who did the selection and those to receive this prestigious prize had this same background (people to receive the prize included 211 Ashkenazi Jews, 17 Mizrahi Jews and one Druze – among them 41 women and 169 men). As the numbers were revealed, the system unfolded. The consequences are that there are very few officially acknowledged Mizrahi - and Arab and women - heroes in the public sphere.

Is there discrimination or is it all in our imagination?

There are no official statistics on the gaps between Mizrahi and Ashkenazi Jews.

A few independent researchers - see Adva center, Ifat Bitton - help us face the facts about ethnic discrimination. While Mizrahi Jews constitute between 30 percent to 40 percent of the Israeli Jewish population and 50 percent of the students in Jewish schools, only nine percent of the academic staffs in universities are Mizrahi. The current government has three Mizrahi ministers out of the 22. Two of the 15 Supreme Court judges are Mizrahi. There is, however, at least one place where Mizrahi Jews are well represented. They account for 60 percent of the Jewish prison inmates. There are those who claim that discrimination is a remnant of the economic and social gaps of the 50s and that time will heal all wounds. Those who make that claim clearly have a lot of time on their hands. At the rate that the problem is being addressed today it will take 99 years to close the gap.

There are no significant Jewish Ashkenazi voices calling for a fundamental change in power relations.  And why should there be? We know that few groups in history have ever forfeited privileges willingly.  A change in power relations would entail redistribution of land and resources. Those who talk about injustice while using the M word are seen as ingrates and they are told to stop whining. Here a Hebrew verb is used meaning "to cause yourself to cry," ("lehitbahyen") suggesting that those Mizrahi Jews who speak about injustice merely prefer to cry about discrimination rather than work hard to succeed in life. Raising the issue of discrimination may also draw the accusation of undermining the unity of the nation.

A small group of Mizrahi Jews, referring to themselves as Arab Jews, makes the connection between the Zionist establishment's attitudes towards Mizrahim and its attitudes towards Arabs in general. In the meantime most Mizrahi Jews believe in assimilation and they are demanding to be part of the nation-building story.  A small group of Mizrahi scholars work hard to create a Mizrahi language – one that grows out of the Middle East and offers a continuum between modernity and religious life. It could provide the much needed concept of a hybrid identity typical of the Levant, incorporating both East and West. This language may ultimately be what is needed to build the bridge between Israelis and Palestinians.

In Israel's current elections the anger that has surfaced regarding Mizrahi-Ashkenazi relations has taken many Israelis by surprise. It will be interesting to see if and how the turmoil contributes to the development of a much needed Mizrahi language.

- Michal Zak is a political educator, expert in Jewish-Palestinian dialogue and a resident of the Palestinian–Jewish community of Wahat al Salam-Neve Shalom, in Israel. Inside Israel
The Africans are at the gates
Meron Rapoport