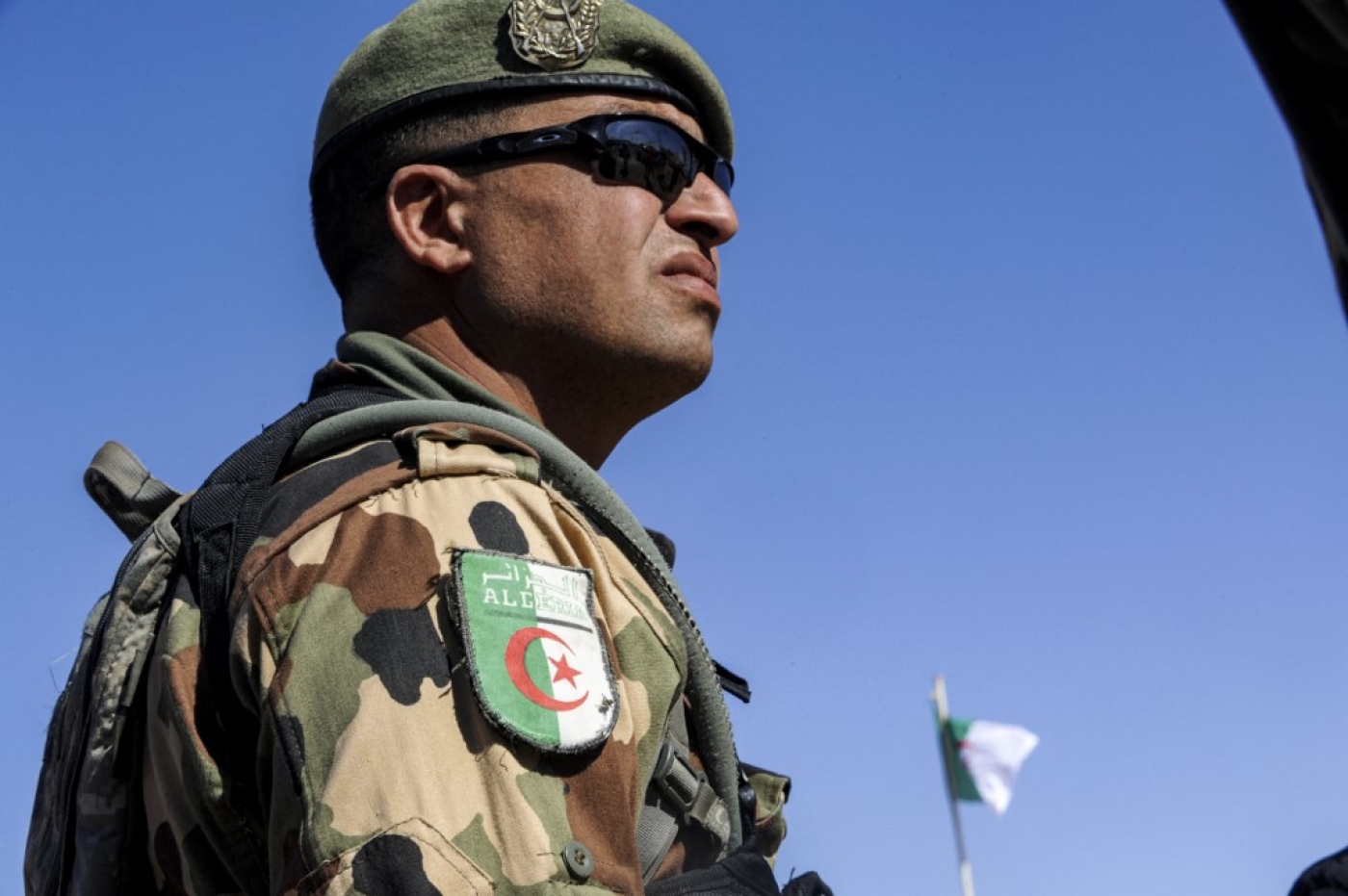 Rumours have been circulating for weeks about Morocco’s plans to shake up the historic operations of its embassies in Germany, Spain and Brussels - where charges d’affaires alone would purportedly be left at the head of diplomatic relations.

Morocco is reportedly determined to send a lasting message to the European leaders whose diplomatic positions on the Western Sahara conflict have not aligned with the kingdom’s interests. This includes the European Commission, which failed to win Rabat’s case against the Polisario Front before the Court of Justice of the European Union (known as the European Court).

With Algiers rapidly moving from avowed adversary to bitter enemy, Morocco is looking to mend its strained relations with the West

For the record, the European Court recently annulled EU-Morocco agriculture and fishing trade deals on the grounds that they were agreed to without the consent of the people of the Western Sahara.

So, have Moroccan–European relations reached an inflection point? This has seemed to be the case for months, given the kingdom’s incessant squabbles with the above-mentioned countries - and even indirectly with the tepid new US administration, which has neither endorsed nor rejected former President Donald Trump’s recognition of Moroccan sovereignty over the Western Sahara (obtained in exchange for the normalisation of diplomatic relations between Morocco and Israel).

But the falling out may already be a thing of the past, with the Moroccan regime backing off in Europe to focus on a much more slippery foe: Algeria. Indeed, with the status of Algiers rapidly moving from avowed adversary to bitter enemy, Morocco is looking to mend its strained relations with the West.

It now hopes to accommodate Europe, if only superficially, and seems willing to yield to pressures from US President Joe Biden's administration - pending the hoped-for return of Trump - and to consolidate its relations with Israel.

Israel is a door-opener for the kingdom to the powerful pro-Israel lobby in Congress, which is believed in Rabat to play a direct role in making or breaking international policies in Washington. This strategy is not entirely groundless, as no rewards have yet been reaped from the kingdom’s quarrels with Germany or Spain.

Berlin is in no hurry to take a page out of the Trump playbook, showing itself committed, instead, to working within the framework of international law to resolve the conflict in the Western Sahara. 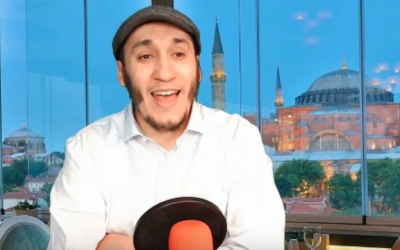 Furthermore, although the German government is disposed to allow Morocco a small place at the table in Libyan peace talks, it refuses to take action against Moroccan authorities’ bete noire: suspected Islamist and former political prisoner Mohamed Hajib, a Moroccan-German citizen whose social media posts criticising the Moroccan government and security agencies have been viewed by tens of thousands of subscribers.

This hasn’t stopped the Moroccan regime from going to great lengths to “silence Hajib for good”, or to at least get him to “cooperate”, reliable sources say.

Innumerable direct complaints against Hajib have been filed in Germany by the Moroccan secret services, all of which have been rejected by the German public prosecutor - a slap in the face to the Moroccan royal palace, as recently referenced in a speech by Mohammed VI, albeit indirectly and without naming Germany.

Despite this, Morocco is starting to tone down its criticisms, hoping to normalise relations in the West without losing face.

After a months-long diplomatic standoff between Rabat and the government of Pedro Sanchez over the presence of Polisario Front leader Brahim Ghali at a hospital in Spain, Mohammed VI recently made unexpected overtures to Spain.

Morocco’s ambassador to Madrid, Karima Benyaich, was still in Morocco after being recalled in May, and Rabat had repeatedly refused to receive Spain’s new foreign minister, Jose Manuel Albares. But the Moroccan sovereign, in a congratulatory message to the Spanish monarch in celebration of Spain’s national day, expressed his “great satisfaction with the strong ties of friendship binding the two royal families, and in the privileged relations between the kingdoms of Morocco and Spain characterised by fruitful cooperation and mutual appreciation”. 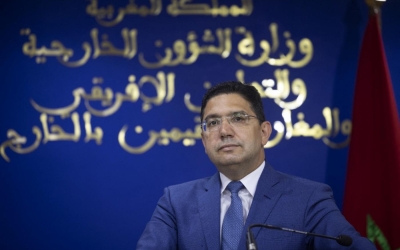 He reiterated his determination “to continue working to raise them to the level of the aspirations and ambitions of the two friendly peoples”.

The Moroccan monarch’s message to Felipe VI was the first since the start of the Morocco-Spain diplomatic row, and phrases such as “great satisfaction”, “strong ties of friendship” and “mutual appreciation” indicate it is more than an empty diplomatic move.

Considering the declaration of Morocco’s minister of state for human rights at the height of the Ceuta migration crisis last May, that Spain would pay a “high price” for hosting the Polisario Front leader, the message is indeed a dramatic about-face for the kingdom - especially since the driving force of the Moroccan verbal and diplomatic offensive, the recalled ambassador Benyaich, seems to suddenly have been struck dumb.

Regarding Brussels, Morocco judiciously chose to ignore the issue of the European Court ruling, though it clearly came as a severe blow to the European Commission and Morocco alike.

But Morocco, it seems, was expecting this train wreck - to the disappointment, no doubt, of the expectant rubberneckers - as shown by the joint communique recognising the European Court’s decision, issued by EU High Representative for Foreign Affairs Josep Borrell and Moroccan Foreign Minister Nasser Bourita, only minutes after the verdict was in.

Though the European Court has been accused by some in Morocco of being an “ideological court”, this does not diminish the fact that Morocco is trying to make peace with Brussels. Relations with the EU, Morocco’s largest trading partner, have not been severed.

And finally, Morocco’s acceptance under pressure from the US of the appointment of Staffan de Mistura as the new UN envoy for the Western Sahara, after rejecting this proposal for months (contrary to the Polisario Front, which accepted the nomination on 28 April), shows the regime’s willingness to accommodate the US administration. De Mistura was handpicked by Washington.

Morocco's moves to appease its western allies are not without significance

Morocco’s moves to appease its western allies are not without significance, and seem to suggest that the kingdom is disengaging from the battles it has launched left, right and centre, in order to focus its efforts entirely on Algeria.

Hence, what seemed an improbable fiction a mere few months ago - ie, a large-scale conflict between North Africa’s two heavily armed neighbours - is today very much a reality.

When it comes to Israel, Morocco has not chosen to strengthen ties out of ideological considerations. Their extensive military cooperation extends well beyond the normalisation of diplomatic relations.

The alliance is strategic, as has been clearly indicated by plans for manufacturing drones in Morocco with Israel’s cooperation, along with the participation of Moroccan special forces in Israeli military exercises in July. Morocco may even have signed secret defence agreements with Israel in anticipation of future upheavals - because Algeria’s row with Rabat is escalating. 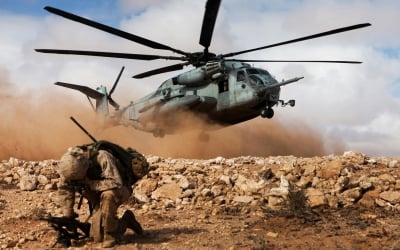 Morocco and Algeria: Is a military showdown coming?
Read More »

Military manoeuvres in January, and again more recently near the Moroccan border, were meant to be warnings to Rabat, as was the participation in early October of Algerian special forces in military exercises with the 58th Russian Army in the Russian-backed self-proclaimed republic of South Ossetia.

Moreover, Algerian President Abdelmadjid Tebboune recently announced that his country was ready for war. In a televised interview on 17 October, he didn’t mince words.

“Any country that attacks Algeria will regret it immediately. It’s clear,” he said, before adding: “If someone is out to get us, I swear to God, [the war] will have no end.”

Needless to say, the nation Tebboune described as a “torturer” and “aggressor” was none other than Morocco. Tebboune’s refusal of any mediation in the crisis is a clear indication that Algeria is ready and willing to fight.

With Morocco and Algeria at diplomatic loggerheads over Western Sahara for the past 40 years, his bellicose rhetoric is hardly new. But the involvement of a third party - Israel - in the North African conflict is shaking up the regional balance of power.

Algeria may well bring a fourth party into the fray: Russia, its primary weapons supplier

And Algeria may well bring a fourth party into the fray: Russia, its primary weapons supplier. And who knows? If Algiers is backed into a corner, it may even take things a step further and invite Iran into the mix as well. Iran, meaning Hezbollah - the weapon of choice for giving Morocco and Israel a good scare.

Obviously, these little games are not good for business in the region. Spain can expect trouble with its Algerian gas supply, and France, which takes a dim view of Russia’s increasingly active role in the Eastern Mediterranean, may find itself cohabiting with Russian President Vladimir Putin not too far from its Mediterranean shores.

Morocco and Algeria may just be engaged in another high-stakes game of chicken, but there’s no telling if either country is going to swerve out of the way in time. 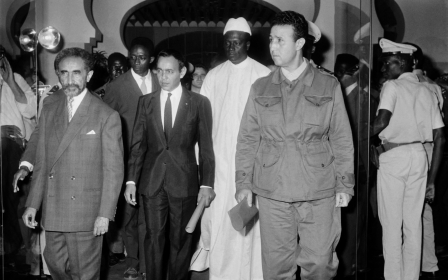 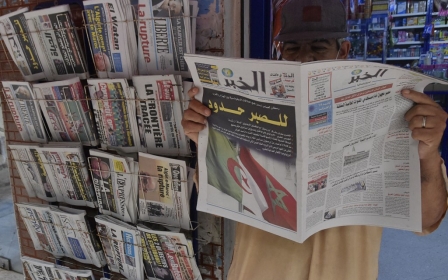 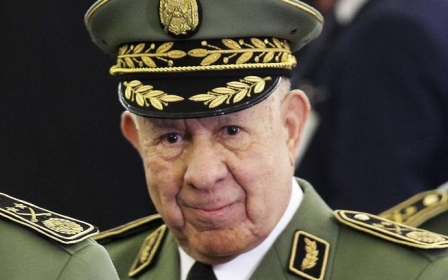