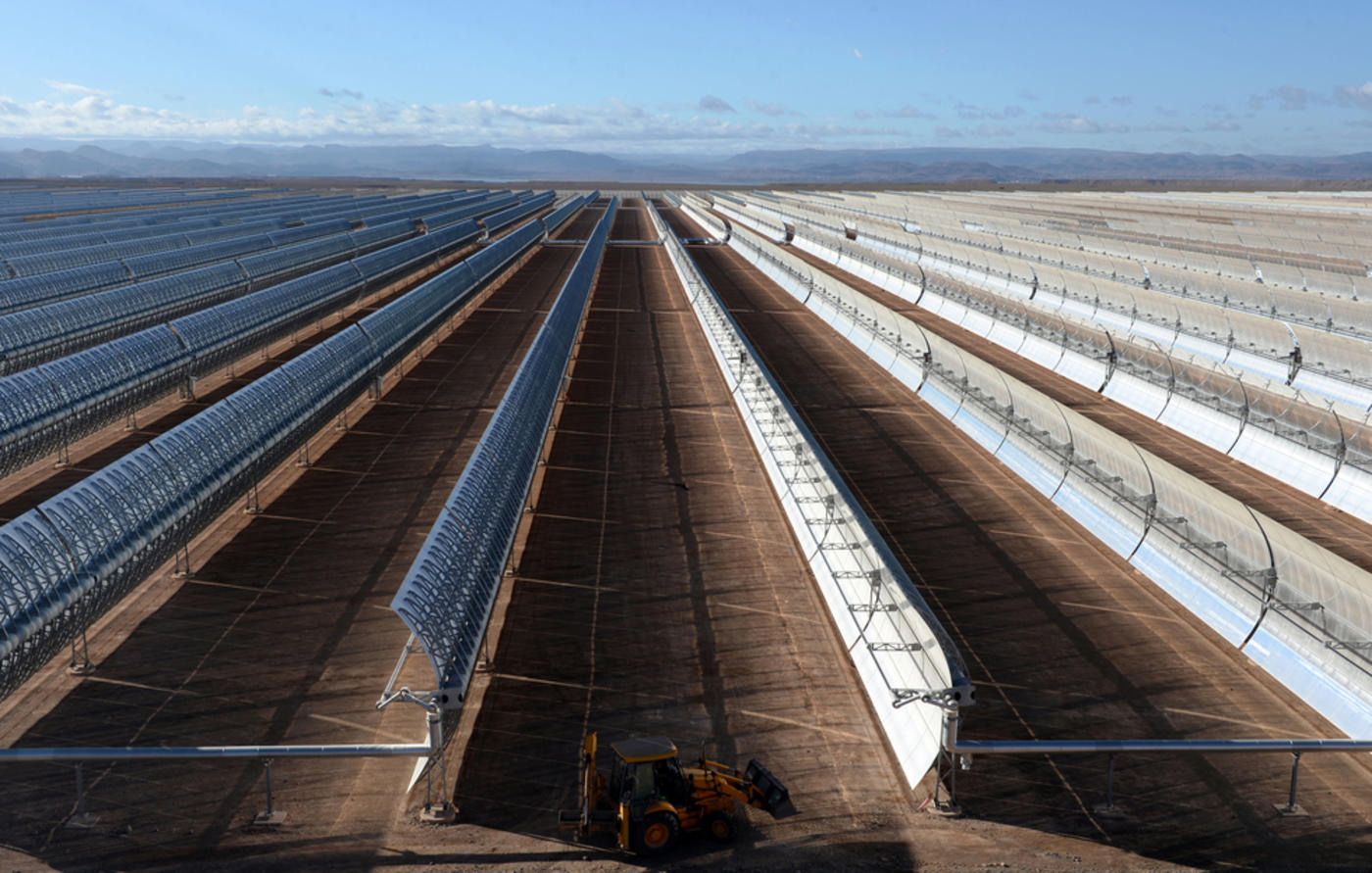 As 2015, the warmest year on record, draws to an end, and the commentators are debating the outcome of this month's climate change summit in Paris COP21, Morocco is already readying to launch a very ambitious clean energy project, aptly named "Noor" (meaning light in Arabic).

With a potential capacity of 580 megawatts (MW), the $9bn Noor project is expected to cover an area equivalent to a city the size of the capital Rabat and provide electricity to 1 million homes. It is the fruit of the North African kingdom’s efforts in recent years to reduce its dependence on imported energy, which has been a chronic burden on state coffers.

The first phase of the project, Noor 1, is scheduled to start operating by the end of this year. Noor 2 and Noor 3 will follow suit in 2016 and 2017, while Noor 4 - which will use photovoltaic technology which converts solar energy into electricity - is open to tenders.

Completion of the $660mn Noor 1 plant means that it will be operating only a few weeks after the conclusion of COP21, underlining Morocco's commitment to meet emission targets that it announced at the conference. It also helps to set the stage for next year's COP22, which Morocco will host, and herald its efforts to become a leader in the transition to renewable energy and away from dependence on energy imports.

The North African country is the biggest importer of energy in the Middle East and North African (MENA) region. With a growing energy consumption of around six percent annually over the past 10 years, Morocco has had to find alternative solutions to meet its population’s rising energy demand while keeping its environment clean.

In December 2014, Morocco inaugurated Africa’s largest wind farm with a capacity of 300 MW. The wind farm represents about 40 percent of the country’s total wind capacity in commercial operation to date.

Overall the country has wind energy production of over 800 MW already in operation, 550 MW under development and 850 MW under contract, while an additional 1,000 MW capacity is planned between 2021 and 2025.

As for hydroelectric power, Morocco, which already has an installed electrical capacity of 1,770 MW (including 460 MW in the form of energy transfer stations by pumping), has programmed a new station of energy transfer by pumping with a capacity of 350 MW at Abdelmoumen, in the region of Agadir. This station will be operational in 2020.
The solar power plant, which is set to be the world's largest solar power production facility once all phases are complete, was the perfect answer to Morocco’s heavy energy dependency, whose costs negatively impacted the government’s investments in other sectors due to record-high global oil prices in 2014.

Morocco's fuel-subsidy budget increased dramatically over the past decade, and with oil budget costs declining as the country ramps up alternative energy sources, the Islamist-led government has now taken the courageous decision to abolish diesel subsidies on 1 January, ending a chronically expensive and unsustainable burden on the country’s economy.

The government can now focus on achieving the country’s objective of boosting its clean energy output.

Morocco pledged at COP21 to reduce its greenhouse emissions by at least 13 percent by 2030. Although this sounds relatively modest, its clean energy vision is ambitious - it seeks to meet 52 percent of its total power needs by 2030, an equivalent of 6,000 MW. To meet this target, an investment of $35bn has to be poured into the electricity and clean energy sectors, providing a big business opportunity for foreign companies.

Renewable energy in Morocco is also contributing to the development of job creation and industrialisation, further helping economic growth. Noor 1 alone has created around 1,000 jobs and will certainly bolster local businesses in the southern region of Ouarzazate, where the project is based.

The Moroccan government last month took another powerful step towards cleaning up the environment - albeit far removed from solar-power generation - after parliament approved a draft bill last month to ban the manufacture, importation, marketing and use of plastic bags from 1 July, 2016, although still authorising certain types of bags such as trash, cooler, freezer bags and those for agricultural use. The move could not have come too soon, since Morocco is the world’s second-largest plastic bag consumer, with 26 billion plastic bags being consumed each year.

The move can be seen as working in tandem with the goal of boosting eco-tourism in the country.

While environmental organisations expressed their delight at the decision, the move did have its critics as workers in the plastic industry saw it as a threat to their existence in the market, with an estimated loss of 50,000 direct and indirect jobs.

It is clear that finding ideal answers will not be easy or without challenges. But there are stories of success with regards to solar and wind energy in Germany, for example, and in the MENA region perhaps Morocco should be viewed as one of the shining examples to follow.