Muslim modest clothing and the 'enslavement of women'

Yasmin Khatun Dewan
Islamic fashion unites the worlds of fashion and politics against it in France, showing the clear prejudice of its critics 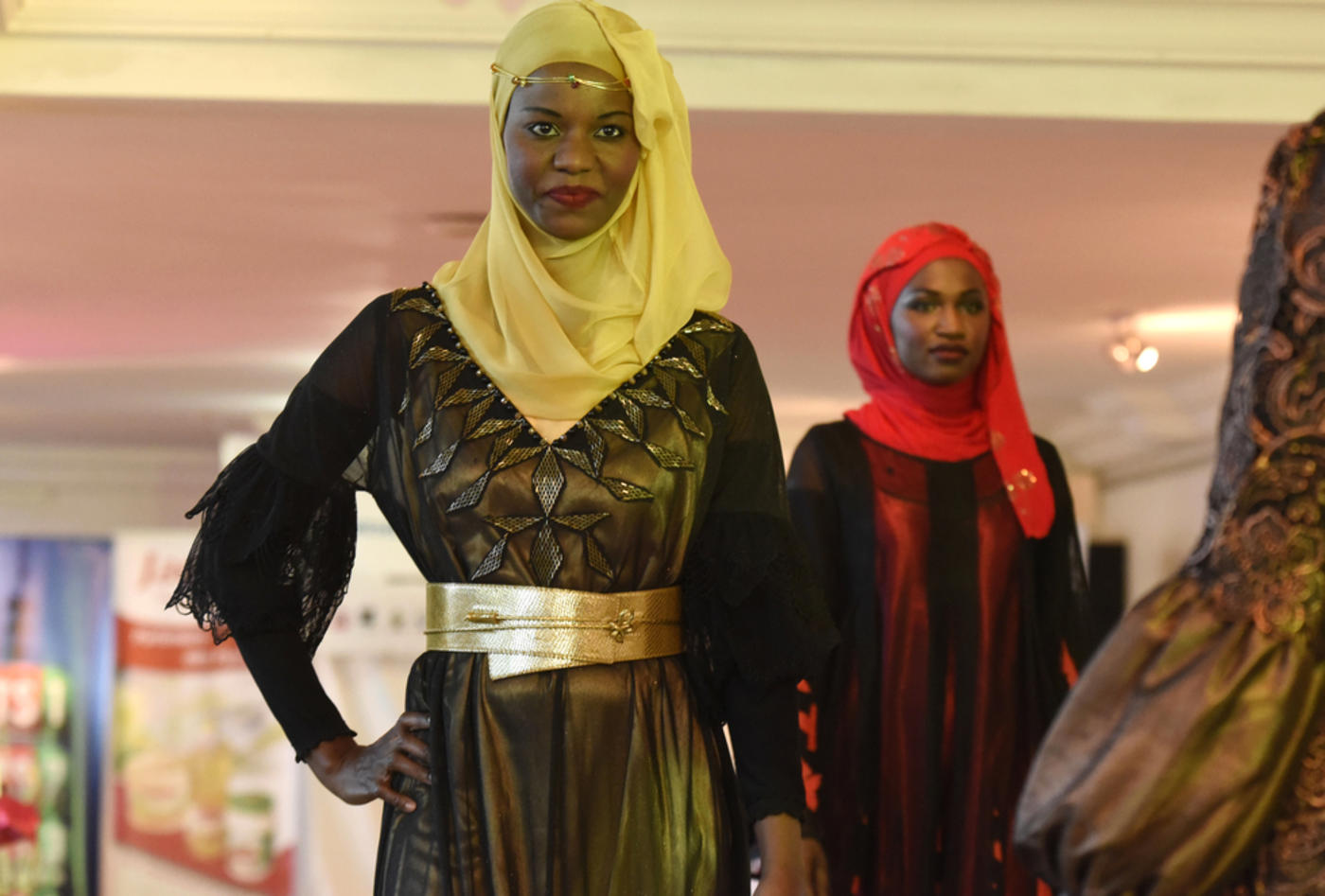 There's always someone, somewhere, normally a man without a hijab, having his say on Muslim women's dress. Politicians, actors and yes, fashion designers and businessmen. It seems the world is obsessed with the Muhajjaba (hijab-wearing woman); maybe it's the allure of the unknown and unseen, or reactionary pride. Unable to get behind the veil, they keep criticising it in the hope it might fall off.

Pierre Berge is the latest to share his opinion on the hijab and its appropriation, sharing with us his thoughts in a radio interview. Those thoughts include that he'd like to teach "[Muslim] women to revolt, to take their clothes off, to learn to live like most of the women in the rest of the world," while criticising and lambasting other fashion labels for including modest "Islamic clothing" in their collections, saying they are participating in the "enslavement of women".

To put things into context, Berge assumes his opinion is relevant here because he is a founding partner of Yves Saint Laurent, the eponymous designer label currently known as Saint Laurent Paris. Twenty years ago, before the Gucci group (now known as Kering) acquired the brand, he sat at its helm. The French businessman founded Yves Saint Laurent alongside the designer, who was also his lover.

"Designers are there to make women more beautiful, to give them their freedom, not to collaborate with this dictatorship which imposes this abominable thing by which we hide women and make them live a hidden life," said Berge.

Yes, that's him talking about the hijab. Over the past two years, various fashion labels and brands have vehemently embraced the "modest fashion" trend, where we've seen modest clothing take a complete overhaul from something which may have been seen as frumpy or old-fashioned to something fresh and remarkably stylish. Rather than see the trend emerge and women then embracing the look, it was women wanting to dress modestly - Muslim women, customising and adapting their clothing - who created the demand.

It started with a capsule collection from LVMH-owned DKNY and then, earlier this year, Italians Dolce & Gabbana also joined the frontier with a range including 14 abayas (long loose dresses) with matching scarves. H&M, Marks & Spencer and Uniqlo are just a few of the high street brands catering to the modest trend.

These are brands which have outwardly marketed their clothing ranges to include Muslim women and "Islamic fashion" but when Louis Vuitton or Hermes sells a scarf or Victoria Beckham a lose tunic, is that not also modest fashion? Maybe it's that Berge and his fellow critics only have a problem when Islam and Muslim women are included in the conversation. French designers Agnes b and Jean-Charles de Castelbajac also joined the attack against "Islamic fashion," the commentary coinciding with that of a French minister.

In a separate radio interview France's women's rights minister, Laurence Rossignol, criticised brands endorsing modest fashion. The minister said Marks & Spencer's "burkini" was "promoting women's bodies being locked up" and called the modest range and others like it "irresponsible". She argued that "you cannot pass off as trivial and harmless the fact that big brands are investing in a market that puts Muslim women in a situation of having to wear that".

Where exactly is it that she is getting her information from? The vast majority of women who wear the hijab or "modest" clothing do so through their own accord; investment into any type of clothing isn't forcing anyone to make a purchase. Women - Muslim, Christian, Jewish and women of no faith - regularly wear clothing which could be deemed modest whether it is promoted as such or not. The minister's language is what is irresponsible and inflammatory rather than any of the clothing lines she attacked.

I'm not certain where it is the minister sees the padlock but British TV personality and chef Nigella Lawson, being a documented proprietor of the niche choice of swimwear, might be able to show us the key. Further to Rossignol's condemnation of the "modest" ranges, she added that women who wear the veil were alike to "negroes who supported slavery".

The minister's comments sparked a social media furore calling for her to resign, alongside a petition currently accruing a little under 30,000 signatories. The petition calls for the "President of the Republic to take measures against this minister whose remarks are a disgrace to the ministerial function".  We're yet to hear any word from Prime Minister Manuel Valls, but for such comments to go an unchecked and without reaction is symbolic of the political climate and Islamophobia pervading France.

Though Rossignal has apologised for using the defamatory and racist language, she has not done so for the opinion she expressed. Having watched Spielberg's Lincoln last night and spent the early hours reading about the 13th amendment, which abolished slavery, it strikes me that Rossignal and Berge have more in common with the prejudices of those times than ours, unable to see beyond their blind phobia.

Berge stated in his interview on Europe 1 that the designers only released such collections to make money. One would assume that being a business that would generally be the objective. Businesses need to make money and fashion labels are businesses, setting trends, following trends and catering to their varied clientele. In one of the most famous quotes from Yves Saint Laurent, the late designer is quoted as saying: "Chanel freed women, and I empowered them." Yves Saint Laurent was an innovator in his time and the brand set out to epitomise the free spirit of women, though rooted prejudice means some don't like who and what that now includes.

France has a problem with Islamic dress. Whether it is actors refusing to perform in the theatre because they've seen a niqab in the audience, or the banning of the veil, Islamic dress is too explicit of an Islamic symbol that it is treated as a threat to the country's secular being. Modest fashion and the inclusion of it in mainstream labels is a roaring success and should be universally applauded. Muslim women don't need to shop in separate stores or be made to feel the market won't cater for them. The continual growth of the modest fashion market means that Pierre Berge and his ilk have awoken to a changed fashion landscape, with very few who have time to listen to their chords.

Whilst writing this column, a separate story on Saint Laurent has emerged, that of the departure of its LA-based creative director Hedi Slimane. At the top of the brand for the last four years, he led its complete overhaul. Announced this morning in a joint press release from Yves Saint Laurent and its parent company the Kering group, there are many including me, sad to see him go. Slimane was seen as "an uncompromising revolutioniser" and he did exactly that at the brand.

Fashion continually innovates and moves forward, adapting to its time, and the inclusion of modest "Islamic" fashion is undoubtedly a part of that revolution and a sign of the times.

-Yasmin Khatun Dewan is a London based freelance journalist working in print, online and broadcast media. She has produced critically acclaimed feature reports and investigative documentaries including AIB international investigation of the year 2014 nominee 'Slave Industry A Year on from Rana Plaza', whilst contributing online articles on varied subject matters included counter-terrorism, CAR, the Middle East and fashion. She was named in the top 100 most influential British Bangladeshi's in the UK in 2014 and in 2015 she was shortlisted for British Muslim Media contribution of the year.

Photo: A model presents a hijab and a dress on 30 January, 2016 during the first Muslim Woman show in Dakar, on the eve of the World Hijab Day (AFP).

Women
Fears mount for missing Qatari activist under threat from family
Fashion
'Take me as I am': Halima Aden announces comeback with a new direction
Women
A new Sudani superhero wants to empower young girls in the Middle East 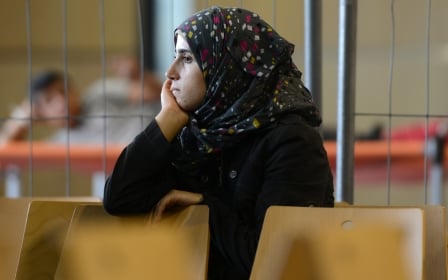 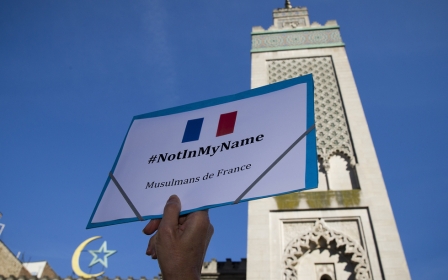 Media
My name is Jihad: Is that a problem?
Jihad Abaza 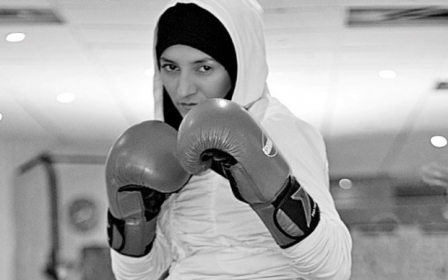 Women
Muslim women on wearing the hijab in Europe