The Nile and the dam: Can Egypt, Ethiopia and Sudan find a way forward?

Daniel C. Stoll
Since it began construction in 2011, Ethiopia has been at odds with its downstream neighbours, especially Egypt, over the Renaissance Dam's very existence The Grand Ethiopian Renaissance Dam is pictured on 26 December (AFP)

As Ethiopia moves closer to filling the reservoir behind the Grand Ethiopian Renaissance Dam (GERD), parties are frantically searching for a way to decrease tensions and ensure that negotiations - not sabre-rattling - help Egypt, Ethiopia and Sudan find a way forward.

The window for finding a resolution, however, appears to be closing quickly.

Ethiopia has long said that it would use the onset of its rainy season in July to begin filling the dam’s reservoir. Since it began construction in 2011, Ethiopia has been at odds with its downstream neighbours, especially Egypt, over the dam’s very existence.

While Ethiopia touts the $4.6bn GERD as a key to the country’s development and a source of cheap electricity for Ethiopia and its neighbours, Egypt claims the dam represents an existential threat that will choke off the Nile’s flow into Egypt and imperil its citizens.

Despite the bellicose rhetoric from the two countries and the constant exchange of threats and counter-threats, Egypt, Ethiopia and Sudan have managed over the years to talk through their differences and agree on many key issues. In 2015, they inked a Declaration of Principles, committing all three countries to cooperation on the dam’s construction and to the peaceful resolution of any disagreements that might arise.

While relations among the three riparian states in subsequent years have been marked more by acrimony than agreement, they did come together for talks coordinated by the US Department of Treasury and the World Bank in late 2019 and early 2020. These talks produced a draft agreement containing a number of key points related to the dam and its reservoir (estimated to hold more than 74 billion cubic metres of water).

Sudan’s foreign minister, Asmaa Mohamed Abdalla, said in a letter to the UN Security Council on 2 June that the talks had produced 90 percent of an agreement. Just before the three countries were scheduled to initial the draft agreement in late February, however, Ethiopia refused to accept it, and the threats and recriminations resumed.

Left unresolved are two key issues: the current lack of any drought mitigation protocols and the absence of any dispute resolution process.

Since Egypt receives almost 98 percent of its freshwater for agricultural, industrial and municipal uses from the Nile, the country insists that Ethiopia must commit to releasing a specific amount of water during periods of prolonged drought to ensure a consistent and predictable flow into Egypt. Both Sudan and Egypt also insist on a clear process for resolving disputes over the operation of the dam.

For its part, Ethiopia insists that committing a specified volume of water during periods of drought will ultimately drain the reservoir, thereby impeding Ethiopia’s ability to generate the electricity it badly needs. It also believes that Egypt is trying to perpetuate what it regards as Egypt’s unfair claim to substantial amounts of the Nile’s waters.

Since February, several outside players - including the EU, US and South Africa (as head of the African Union) - have tried to bring the riparian states back to the negotiating table, but with little success.

In early April, Ethiopia proposed a two-year interim agreement, arguing it would help reduce tensions and rebuild trust. Egypt rejected the proposal, however, asserting that an incremental approach would allow Ethiopia to avoid agreeing to a more comprehensive approach. Sudan also insists on a comprehensive agreement.

In a further attempt to pursue a diplomatic solution, both Sudan and Egypt have asked the UN Security Council to take up the issue under Article 35 of the UN Charter. UN Secretary-General Antonio Guterres has said that the UN stands ready to help the parties come to an agreement.

While a Security Council debate may eventually identify a way forward, the council’s deliberate modus operandi is unlikely to produce any dramatic breakthrough in the short term. Both Ethiopian Prime Minister Abiy Ahmed and Egyptian President Abdel Fattah al-Sisi are facing considerable pressure within their respective countries to “hang tough” and not be seen as compromising on issues of such vital national interest. 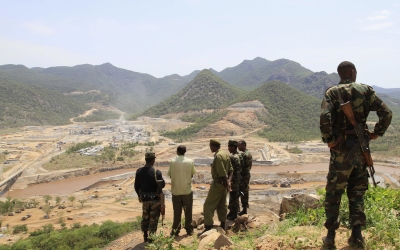 It is unclear how the council would create conditions for compromise, and yet compromise the three states must do. Each has too much to lose to let conditions within the Nile River Valley reach a point of outright conflict.

Sudan could benefit greatly from access to the cheap and abundant electricity that the GERD is expected to provide. It also needs assurances that nothing will affect the Nile’s flow into Sudan and impede the operation of its Roseires Dam.

While Ethiopia appears to have the upper hand in this situation - given its growing economy and the strategically important position it occupies along the river - it, too, needs some kind of negotiated solution. A diplomatic solution would deepen its already growing influence in the basin and enhance its credentials as the dominant power in the region - a consideration that appears at the forefront of Abiy Ahmed’s strategic calculus. It would help reassure potential buyers of GERD’s electricity that Ethiopia is a trusted and reliable partner.

For Egypt, the stakes are obvious: other than a modest amount of groundwater, Egypt has no other ready source of water for its rapidly expanding population (currently 102 million and estimated to be growing at a rate of 1.94 percent a year).

A negotiated agreement would also most likely give Egypt, and Sudan as well, access to important technical and environmental data related to the Nile’s flow and conditions in the basin upstream, information crucial for making informed decisions on water policy.

All countries would benefit from a less bellicose geopolitical environment within the basin, but compromise will be difficult

Finally, achieving some kind of resolution to this particularly thorny issue would allow the Sisi government to focus on an expanding number of domestic and foreign policy challenges, including increasingly tense relations with Libya, as well as growing domestic political and social unrest.

All countries would benefit from a less bellicose geopolitical environment within the basin, but compromise will be difficult. Egypt will need to recognise that Ethiopia has a right to pursue its ambitious development schemes, while acknowledging Ethiopia’s growing influence in the basin specifically and the Red Sea region more generally - influence that will come at the expense of Egypt’s long-held dominance in the region.

For its part, Ethiopia will need to recognise the precarious position of its downstream neighbours, particularly Egypt, and provide credible reassurances that it will release sufficient amounts of water during periods of drought.

While Ethiopia has long resisted bringing in third parties to help facilitate negotiations, it is possible that the African Union could play a constructive role in this regard. Egypt would have to overcome its reluctance to giving the AU a more dominant role, but having the AU involved in negotiations would be in keeping with Egypt’s long-held demand for outside intervention.

Ultimately, the time might have come for negotiations to go beyond the ministerial level and involve instead the heads of government. To date, negotiations have generally involved the respective ministers of irrigation or water. Achieving a resolution to these final, contentious issues may well require the direct participation of the senior political leadership of each country.

Daniel C. Stoll
Daniel C Stoll is Associate Dean for Global Affairs at St Norbert College in the US. He is the co-author most recently of International Conflict Over Water Resources in Himalayan Asia (Palgrave Macmillan) and has written extensively on issues of water resources management in Africa and the Middle East. 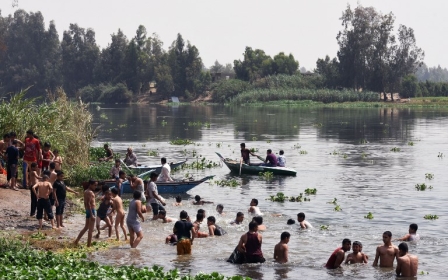 Environment
Nile 2050: A billion people at risk from floods and droughts
Kieran Cooke 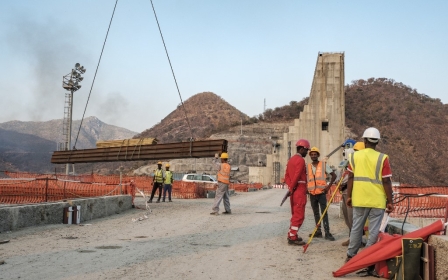 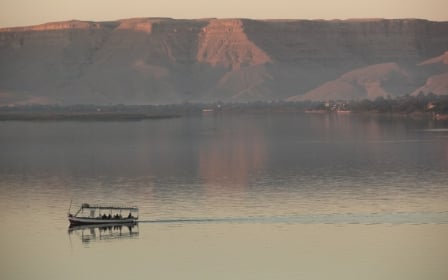