Susan Abulhawa
Rather than symbolic feel-good photo ops, the president and Facebook boss could use their positions to usher in real changes in a broken system 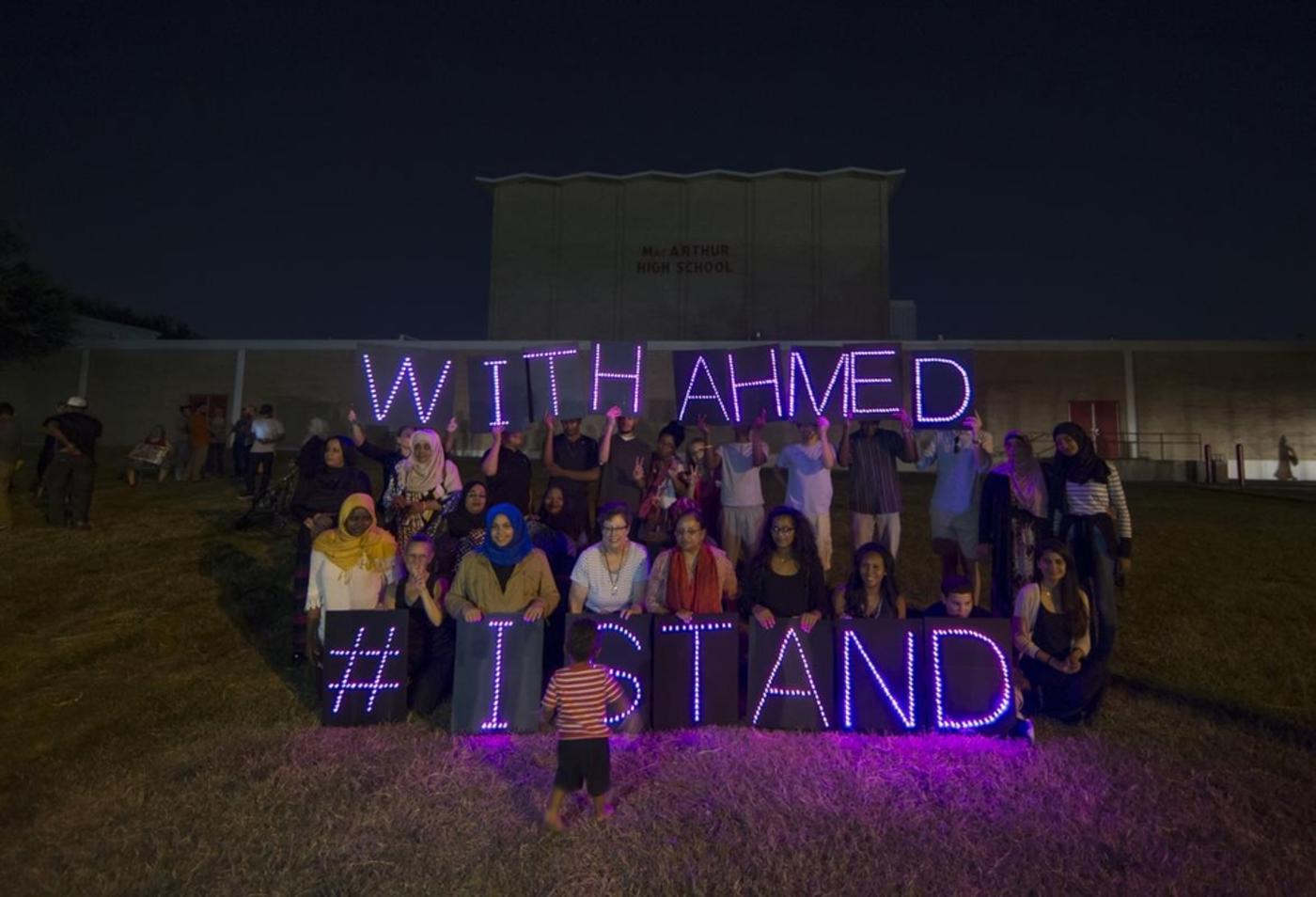 By now everyone has heard of Ahmed Mohamed, the 14-year-old black Muslim boy in Texas who was questioned and hauled off to jail for making a clock. School officials claim they thought it was a bomb, although no bomb squad was called, the school was not evacuated, and the suspected bomb was placed on the principal’s desk then taken by the police and presumably put on another desk or shelf there. This was a case of putting an "uppity" black Muslim boy in his place.

Ultimately, this story had a happy ending, with Ahmed receiving invitations from powerful figures like President Obama and Mark Zuckerberg, among others. He was offered scholarships to various prestigious schools and lavished with gifts from Microsoft and other tech companies.

The spectacular social response, however, gives the impression that this was an isolated incident in an otherwise nurturing public education system, belying a rampant criminalisation of children, especially poor and/or black and brown children, in an ever widening (and profitable) school-to-prison pipeline.

The case obscures the underlying rot in the US public education system, and the way black and brown children worldwide are threatened by US imperialism.

What these kids have in common is that they are either persons of colour, and/or they are poor. There has been study after study demonstrating that white teachers - who make up approximately 85 percent of public school teachers - and administrators direct negative reinforcement to black students. This compared with white students who tend to receive encouragement and positive behaviour from school authorities. For example, black students, including pre-schoolers, are far more likely to be suspended from school compared with white students for similar offences. Black students are twice as likely as white students to be labelled with a plethora of categories denoting cognitive deficiencies.

The net effect of this negative messaging toward children of colour is that it thwarts their creativity and curiosity, leading to underachievement. Children of colour are disproportionately pushed toward the criminal justice system at a young age through a zero-tolerance policy that criminalises normal behaviour, by removing them from learning environments through suspensions and expulsions, by high-stakes testing, negative labelling, institutional discouragement and denigrating of their natural abilities.

At the other end of schools is a prison industry that profits from warehousing bodies. A 2013 report by In The Public Interest (ITPI) revealed that 65 percent of private prisons examined receive quota guarantees from the state, wherein states are contractually obligated to meet prison quotas, typically 90-100 percent capacity. Otherwise, taxpayers must pay for unused beds.

The CEO of one of the largest private prison companies was paid $22 million between 2008 and 2012. These merchants of human bodies spend millions lobbying congress to boost their bottom line by instituting laws that increase the incarceration rates. Further into this rot one finds exploitation and degradation of inmates where they form a pool of slave labour manufacturing for corporations, the likes of which include, according to Global Research, IBM, Boeing, Microsoft, AT&T, Motorola, Texas Instrument, Dell, Compaq, Honeywell, Hewlett-Packard, Nortel, Lucent Technologies, 3Com, Intel, Northern Telecom, TWA, Nordstrom’s, Revlon, Macy’s, Pierre Cardin, Target Stores, and many more.

In at least one scandal, prisons were caught paying kickbacks to judges to give lengthy juvenile prison sentences for minor offences. Thousands of young lives were destroyed for the profit of a handful of wealthy capitalists in what became known as the Kids for Cash scandal.

Anti-Muslim bigotry and the 'War on Terror'

Since the so-called “War on Terrorism,” Muslims, and especially Muslim youth, have been particularly vulnerable to increased racism and criminalisation. In fact, anti-Muslim bigotry remains the only socially acceptable mainstream discourse in which a political talk show and presidential candidates feel free to promulgate stereotypes and defend Islamophobic sensibilities.

On a global scale, the wholesale destruction and destabilisation of entire nations like Iraq, Libya and Syria have led to the shattering of millions of young lives, mostly Muslim. The literacy rate in these once high-functioning societies have plummeted to unprecedented lows and whole generations are irreparably traumatised and broken by US wars, which function much like the prison system in that they trade the human life of masses for the profit of a few.

The result is a multi-pronged system that functions on a global scale to either destroy or marginally educate poor, black and brown kids enough to serve the capitalist interests of the elite. Ahmed Mohamed is a tiny outlier who managed - because of collective people power on social media - to escape an education system that is increasingly discouraging and damaging to already marginalised children.

No amount of glitzy gadgets or fancy invitations can mask its brokenness. For every child like Ahmed made to feel like a criminal, there are tens of thousands who are silently sucked into the black hole of a prison pipeline.

Rather than symbolic feel-good photo ops, President Obama and Zuckerberg could use their positions and power to usher in real structural changes that put an end to the multitude of ways that capitalists collude to vend human life.

- Susan Abulhawa is a Palestinian-American writer and bestselling author. THE BLUE BETWEEN SKY AND WATER (Bloomsbury, 2015) is her most recent novel.
The views expressed in this article belong to the author and do not necessarily reflect the editorial policy of Middle East Eye.
Photo: People hold placards during a protest after Ahmed Mohamed, a Texas Muslim teen, arrested after taking his homemade clock to school in Irving, Texas on 17 September, 2015 (AA) 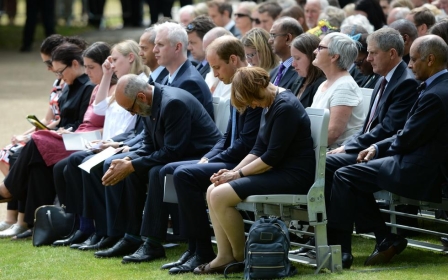 Islamophobia
No Muslim should be US president, says Republican candidate