Dimi Reider
A proposal to segregate Palestinians on Israeli buses was shot down in record time, but de facto separation is already widespread 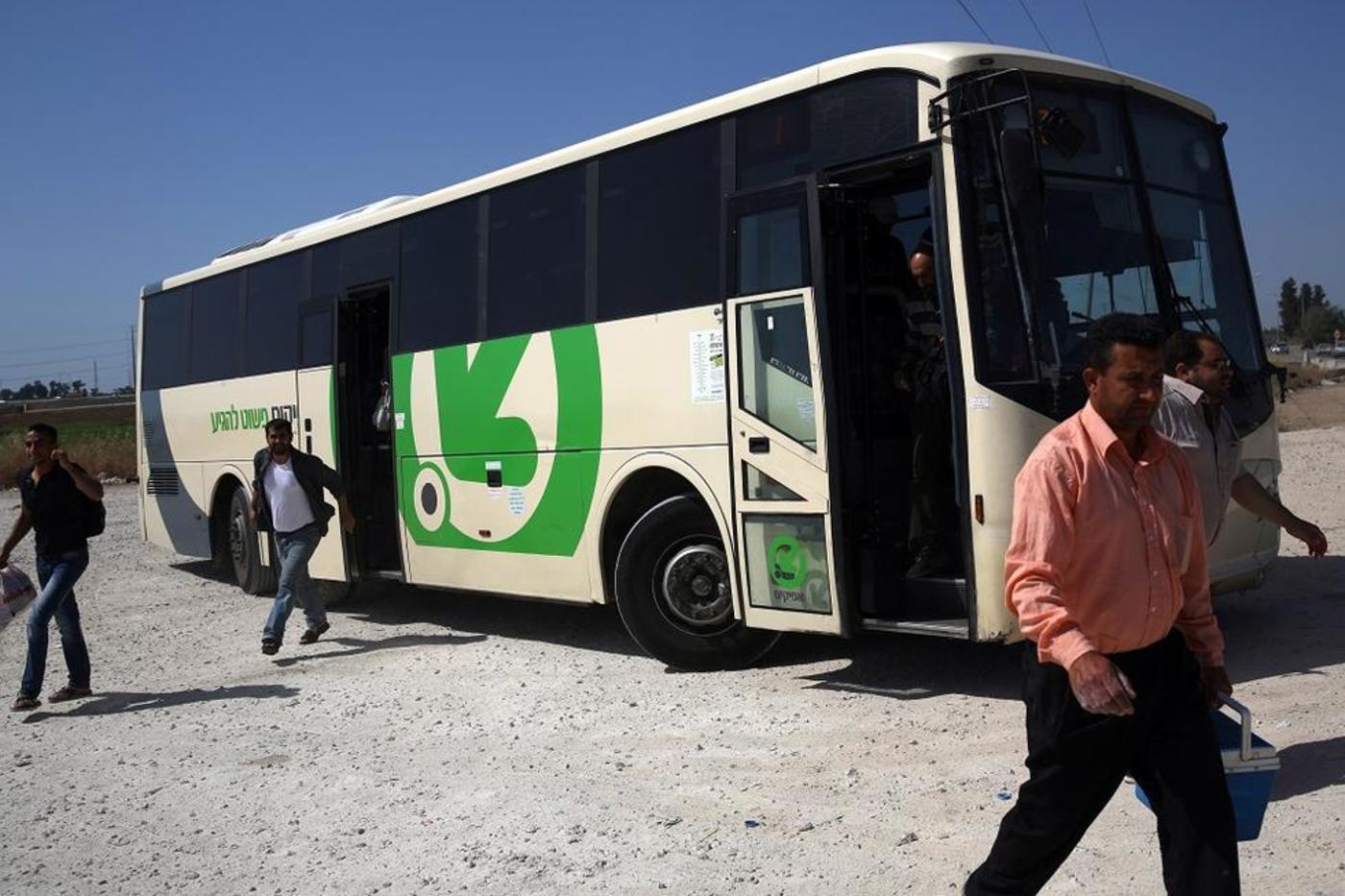 As segregation policies go, Defence Minister Moshe Yaalon’s scheme to bar Palestinians from national buses has to be among the most short-lived in history.

The go-ahead for the plan was first revealed by Haaretz on early Wednesday morning. By mid-morning, when Yaalon’s deputy Eli Ben Dahan mounted the podium to brief parliament, the plan had been scrapped, leaving both men looking more than a little bit ridiculous.

Yaalon’s parting shot was that the scheme has been pulled for “reviews” and “will be back,” but this is unlikely - the backlash from across the political spectrum was so fierce that the plan would be untenable.

Even security, the recurrent rationale for every Israeli measure undertaken in the Occupied Territories, did not stand up to scrutiny: the Palestinians who would have been affected by the scheme are licensed day labourers, vetted to exhaustion by the Israeli security services.

There have been no recent security incidents involving men with work permits, or incidents involving Palestinians travelling on settler buses. The entire scheme was dreamt up by a number of settler activists who thought this could make the buses less crowded, and who trotted up age-old racial slurs against Palestinian labourers as prone to abusing female passengers on the bus.

The fact that this scheme was much more of an attempt at ostentatious supremacism than anything plausibly connected to security made it easier to condemn by more than the usual suspects of the left.

The Israeli Army itself slammed it as inefficient and unnecessary. The more principled right-wingers, such as President Reuven Rivlin, condemned the moral implications of the plan, while pragmatists like Gideon Saar, Netanyahu’s challenger-in-exile, slammed it as damaging to the settlement project itself.

Writing a day later, conservative columnist Ben Caspit pointed out the obvious: it’s difficult to think of a dumber move just as FIFA steels itself to vote on Israel’s suspension on grounds similar to those that saw South Africa booted out of the organisation in 1970.

Slap on the wrist for rightwinger

On one level this is all there is to the story. The Likud’s most conservative heavyweight tried pandering to settler constituents in the very first week of the new government, and got a nasty slap on the wrist.

Judging by the speed with which Netanyahu forced him to backpedal, it’s quite likely Yaalon didn’t bother consulting the prime minister before giving the go-ahead - either because he relied on the prime minister to pull him back from the brink, or because he didn’t even consider the diplomatic implications of the move. (Yaalon is widely believed to be the least politically astute of all Netanyahu’s ministers, past or present, and has demonstrated his disdain for diplomacy before.)

But there is more to it. Segregation - or separation, to use a milder term - is a defining principle of the Israeli-Palestinian conflict. It’s at the core of the Law of Return, which allows Jews from all over the world to immigrate to Israel but effectively bars Palestinian refugees born in the country from ever coming back. It also dictates life across the West Bank, where settlers and Palestinians live in tightly segregated clusters, and it is on plain display at Ben Gurion Airport, where Palestinian citizens of Israel arrive hours earlier in anticipation of protracted, humiliating searches (despite the fact the only terrorist attack that happened on airport grounds took place over 40 years ago and was carried out by a Japanese Marxist.)

Segregation is likewise at work at the very checkpoints traversed by the buses at the centre of this latest scandal, with Palestinian cars thoroughly inspected and settler cars courteously waved through.

The curious thing about the control system that evolved across areas under Israeli rule is that separation itself is separated into intersecting and overlapping categories.

The prospect that a Palestinian family might buy or rent a home in any of the many Jewish settlements dotting the West Bank is so out of the question it is a moot point.

Even in Israel proper a Palestinian family - provided they’re Israeli citizens - can try and apply to join some of the smaller semi-agricultural, semi-suburban communities surrounding the larger cities. However, they can expect to be rejected on “cultural incompatibility” grounds, and the community will be protected by law from charges of racial discrimination.

In the larger cities, there is no residents committee to reject you, but if you’re a Palestinian, good luck finding a place to live - nearly every Palestinian student in an Israeli university can share a story of calling under their own name and being told a flat was no longer available, and then calling under a Jewish name and being invited to come and have a look.

An ambulance with a Palestinian patient may be held at the checkpoint at the same time as a Palestinian surgeon is performing life-saving surgery on an Israeli patient. There is even a good chance that individual surgeon will be earning triple and quadruple the average wage of most Jewish Israelis. But the surgeon’s son will still run a much higher chance of getting shot or brutalised by Israeli police than any of his Jewish classmates - assuming he’s even attending one of the handful of integrated schools.

The disgust of some figures with a formidable track record of opposing racism - including Israeli President Reuven Rivlin and members of the Israeli opposition - is genuine enough. But to the actual decision-makers, the main flaw of Yaalon’s scheme wasn’t so much the introduction of yet another instrument of separation. It was about breaching the barrier between different styles of separation, and making the separation already practiced in the West Bank too visible to the naked eye in Israel.

The withdrawal of the scheme was celebrated yesterday as the aversion of a threat posed by the occupation to Israeli democracy. The real question, however, should be why democracy doesn’t seem to be threatening the occupation, or any of the separation practices prevalent on either side of the divide.

- Dimi Reider is an Israeli journalist, blogger and co-founder of +972 Magazine. His work has appeared in The New York Review of Books, The New York Times, The Guardian, Foreign Policy, Haaretz, Daily Beast, Al Jazeera and the Jerusalem Post. Dimi is also an Associate Policy Fellow at the European Council on Foreign Relations (ECFR).

Photo credit: Palestinian workers disembark from an Israeli bus at the Eyal crossing, near the West Bank town of Qalqilya, on 20 May, 2015, as they head back home following their work in Israel (AFP)