Ross Griffin
Rather than quietly retaking its place as a junior partner in a region dominated by Saudi interests, Qatar is going its own way 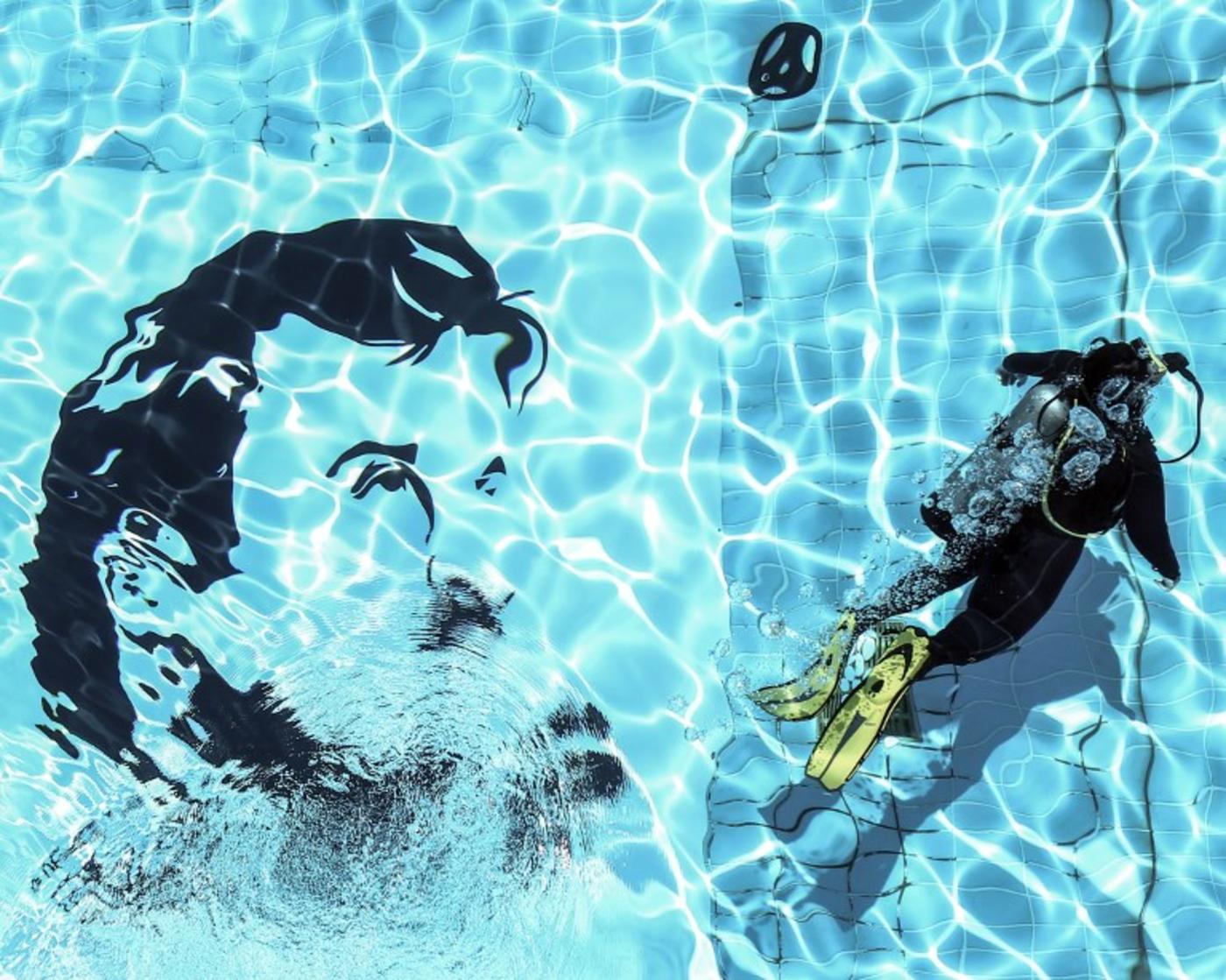 Twelve months ago, the blockade of Qatar by Saudi Arabia, the UAE, Bahrain and Egypt began with the intention of bringing the wayward state to heel. Tensions were raised, demands were made, and a deadline was set for Qatar to comply.

Yet this deadline soon passed, and what has occurred since has surprised many. The blockade has essentially failed. Academics and political commentators have cited everything from the country’s vast financial resources to Qatar’s political manoeuvring as reasons for the Gulf state’s ongoing resistance.

However, what has also become increasingly clear over the past year is that while they earnestly want the siege to end, everyday Qataris are becoming increasingly reluctant to retake their place in a Gulf Cooperation Council dictated by a Saudi-led agenda.

The royal face of the resistance

Not without irony, it has become increasingly clear that a move designed to coax Qatar back into the uniformity of the Gulf Arab world has effectively resulted in the formation of a new identity within Qatar - one that is distinct from what existed prior to June 2017, when Qatari national identity was often conflated with transnational tribal ties.

Amid the blockade, Qatar is finding - and creating - a national identity of its own.

Such an idea is not without precedent. In “What is a Nation?”, his much-celebrated speech delivered at the Sorbonne in 1882, Ernest Renan emphasised the importance of shared experience in forming a sense of national identity. He argued that a people with “a heroic past with great men and glory… is the social capital upon which the national idea rests”, and that the unity created by such shared memory surpasses traditional markers like race, language, religion or commercial interests.

Sheikh Tamim's image is as widespread in Doha as Che Guevara's is on the walls of a college dorm, with everything from skyscrapers to ice creams adorned by his likeness

Suggestions of a heroic past might raise an eyebrow given Qatar’s comparative youth as a sovereign state, but over the last 12 months or so, Qataris have readily adopted their own hero, in the guise of the country’s emir, Sheikh Tamim bin Hamad Al Thani.

Since it began, Sheikh Tamim has been the face of Qatari resistance to the blockade. His image is as widespread in Doha as Che Guevara's is on the walls of a college dorm, with everything from skyscrapers to ice creams adorned by his likeness as a wave of national pride continues to sweep over the country.

In an unlikely turn of events, the billionaire Sheikh Tamim has become a sort of pseudo-Che figure for many Qataris. By refusing to capitulate to the invasive demands of the much larger Saudi-led bloc, and by insisting upon Qatar’s right to chart its own course, he has become a symbol of the kind of nation Qatar wants to see itself becoming: modern, independent and savvy enough to overcome any obstacles.

This desire for independence is evident in the way many Qataris have adapted to the changes that have occurred since June 2017. Qatar’s wealth cushioned it from the kind of economic hardship hoped for by Saudi Arabia and its allies. Turkey, Oman and other trade partners have been more than willing to fill the Saudi-shaped hole in the Qatari market.

However, rather than merely importing these goods from alternate vendors, an even more significant outcome was the manner by which Qatari authorities chose to use the blockade to provide a long-term solution to the country’s long-stated desire for self-sustainability and food security.

Today, fruits, vegetables and dairy products are now commonplace on the shelves of the nation’s supermarkets, with the words “Made in Qatar” suggesting a self-sustainability not often seen before Saudi Arabia et al cut ties.

The blockade has also seen a resurgence in Qatari culture. Frequently overshadowed by other Gulf nations in the past, local artists, musicians and writers have come to the fore, seeking to balance out material openly slandering Qatar.

Rather than responding in a tit-for-tat fashion, Doha's cultural and artistic production has trumpeted the merits of Qatar, rather than casting stones elsewhere. Songs, plays and most notably, the image of Sheikh Tamim - particularly a widely reproduced portrait by artist Ahmed bin Majed Almaadheed titled, without restraint, Tamim the Glorious - have promoted a positive self-image of Qatar.

Over the 12 months it has been in place, the blockade has failed to achieve its aims. Those who predicted the swift surrender of Qatar didn’t factor in the resilience of the Qatari people, thinking that similarities of race, religion, culture and commercial interests would be more pertinent factors in bringing the affair to an end in their favour.

One year on, Trump remains the cause of - and solution to - the Qatar crisis
Andreas Krieg
Read More »

But something has emerged and continues to grow as the blockade creeps into its second year. What exists today is a Qatar determined to carve out a niche for itself.

Rather than quietly retaking its place as a junior partner in a region dominated by Saudi interests, Qatar has begun to change its identity - who it is and what it can offer. If the blockade had not occurred, it's unlikely this Qatar would so readily exist.

- Ross Griffin is an Assistant Professor of Postcolonial Literature in the Department of Literature and Linguistics at Qatar University. His research interests include the portrayal of the Arab world in Western media, the relationship between sport and postcolonial society, and national identity in the GCC.

Photo: Members of the Qatari security forces dive into a swimming pool at Qatar University on 10 August 2017 to sign their names by a painting of the country’s emir (AFP) 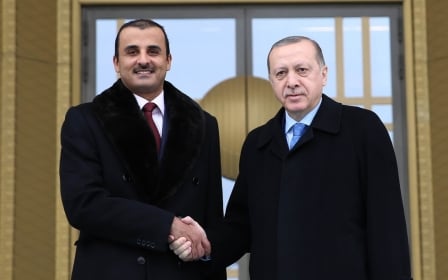 Gulf Tensions
From Doha to Erbil: Why blockades do not work
Ranj Alaaldin