Qatar crisis: Coup attempts, the politics of revenge and the dream of becoming king

Jamal Elshayyal
Gulf states claim they are besieging Qatar over Doha's support of terrorist organisations. The real motivations? Emirati revenge and a Saudi deputy crown prince who wants to be king 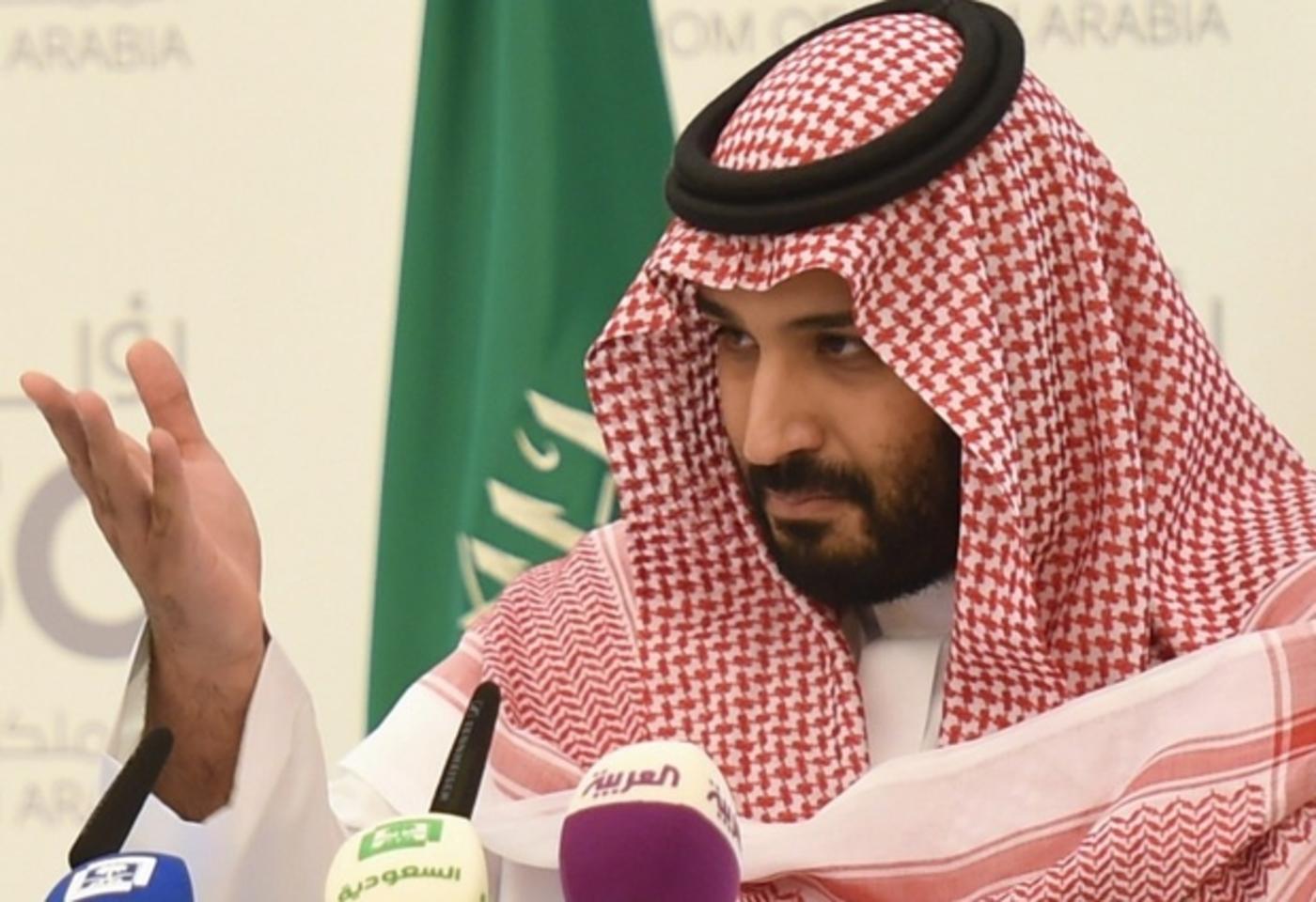 "It's difficult to see how things won't get any worse; it's going to get a lot worse before it gets any better."

That was the stark warning given to me by a senior official from the Middle East who was sent by his country's leader to try to mediate between Qatar and Saudi Arabia last week.

This falling out is about an attempt to overthrow Qatar's emir, an opportunity for the UAE to exact revenge on its neighbour, and a play by Saudi's deputy crown prince for the monarchy

Within 72 hours of our meeting, his pessimistic outlook was vindicated: Bahrain and Egypt followed the lead of Saudi Arabia and the United Arab Emirates and severed diplomatic relations with Qatar. But that wasn't all.

The same countries announced that they were closing their air space and waterways to Qatari planes and vessels. On top of that, Saudi Arabia, which shares the only land border with Qatar, announced the closure of the crossing that is a gateway for a large percentage of the food products that enter Qatar.

For the first time in their history, Gulf states are imposing a total siege on one of their own. The official reason given by Riyadh and Abu Dhabi is Doha's alleged "support and funding of terrorist organisations". They’ve demanded the closure of the Arab world's first independent news channel (Al Jazeera), the expulsion of prominent Christian thinker Azmi Bishara and the banishment of figures in the Muslim Brotherhood.

Given that a demand such as the closure of Al Jazeera is outrageous and would never be willingly accepted by the Qataris, one must question the real motives behind this escalation.

The truth is, this falling out is about an attempt to overthrow Qatar's emir, an opportunity for the UAE to exact revenge on its neighbour, and a play by Saudi's deputy crown prince for the monarchy.

It was past midnight on Wednesday, 24 May, when Qatar's State News Agency posted a story claiming that the country's leader had criticised US President Donald Trump, expressed support for Iran, all the while declaring his eagerness to work with Israel and offering unconditional support to Hamas.

If the bizarreness of these statements didn't give it away, it was a matter of minutes before authorities said the website had been hacked and that the emir hadn't made any statements that day.

That didn't stop Emirati-based news channels like Al Arabiya and Sky News Arabia from broadcasting rolling coverage of these false statements. They claimed the statements were genuine and rolled out analyst after analyst to criticise the Qatari leadership and call on the people to rise up against their leader.

Simultaneously, Twitter accounts traced to Emirati and Egyptian IP addresses were set up claiming to belong to Qatari opposition figures and even defecting soldiers. By now, the alarm bell was ringing loud and clear in Doha – the rift within the six-nation Gulf Cooperation Council was taking a whole new dimension.

In search of revenge

Despite the failed attempt to galvanise opposition against Sheikh Tamim, the war of misinformation continued. Day after day, news reports and articles accusing Qatar of sponsoring terrorism and destabilising the region were peddled out of Cairo, Riyadh and Abu Dhabi.

The common thread between those capitals is their stance on the so-called Arab Spring. After millions of people took to the streets in 2011 calling for freedom and democracy, the region began to see divisions across new lines – those who supported the uprisings in Tunisia, Egypt, Libya, Syria and Yemen – and those who opposed it.

When Mubarak was forced to step down by popular demand and it seemed like the Arab world's most populous nation was on the road to democracy, there was almost a tangible shiver felt in the UAE

Saudi Arabia, Egypt and the UAE were, of course, among the powers that worked tirelessly to quash the revolutions. Qatar, however, took the decision to throw resources behind the groups like the Muslim Brotherhood who were major forces in the Arab Spring.

Consequently, Abu Dhabi considered this a betrayal, not only because Doha was adopting a foreign policy different from the one agreed to by all other members of the GCC, but also because the UAE views the Muslim Brotherhood as well as other political movements in the region as existential threats to its undemocratic and authoritarian political system.

When Hosni Mubarak of Egypt was forced to step down by popular demand and it seemed like the Arab world's most populous nation was on the road to democracy, there was almost a tangible shiver felt in the UAE.

Not only did they fear the domino effect of revolutions reaching them, they were furious that Mubarak, the closest ally to their founding father (Sheikh Zayed), was forced from power – and to add insult to injury, it was with the help of the tiny peninsula called Qatar. The Emiratis made no secret of their fury towards their neighbours, vowing to take revenge.

It's no surprise then that prominent Saudi and UAE figures are posting using #GameOverQatar and #GoodbyeTamim hashtags.

The quest to become king

To understand why the Saudis are pursuing the anti-Qatar agenda with the same ferocity as the Emiratis, one must understand the power struggle taking place inside the oil-rich kingdom.

Today, Saudi is ruled by an 81-year-old king who is one of the last remaining sons of the country's founding father. The common belief is that he won't be around for too long, and waiting in line are two men: his nephew, Mohammed Bin Nayef, and his son, Mohammed Bin Salman - or MBS as he's known.

MBS is the kingdom's 31-year-old, hot-headed, super-ambitious minister of defence. He's the man behind the war on Yemen which has all but destroyed that country, and a person, according to a former statesman, who is willing to sell out his own father to become king.

It's a common belief that in order to be monarch in Saudi, one must secure the blessings of three key stakeholders: the house of Saud, the religious establishment and the United States of America. The truth is though, if you secure Washington the other two will fall into place.

This is where Qatar finds itself in the line of fire once again. The UAE, which has been on a public relations and lobbying overdrive for several years now (as has been revealed by the leaks from the email account of their ambassador to the US, Yousef al-Otaiba), promised to deliver Washington's approval to MBS if he joined them in the war against Qatar. According to my palace sources, the young prince willingly accepted the offer.

A new era of thuggery?

No coincidence then that this latest escalation happened just days after President Donald Trump's much-celebrated visit to Riyadh.

All of this may seem detached from the US. It may look like inter-Arab fighting that has no impact on America, but that couldn't be further from the truth. To state the obvious, these countries are some of the world's largest exporters of oil and gas, the US has its largest military base situated in Qatar, and the international coalition against the Islamic State (IS) group depends heavily on logistics and intelligence provided by Gulf nations.

But there are even bigger things at stake here. Through its ambassador in Washington, the UAE has successfully bought influence in major think-tanks and media outlets which have, in turn, helped to shape US foreign policy in the way the Emiratis would like and not what is best for America. Foreign influence, it seems, is not limited to Russian involvement in last year's elections.

Furthermore, the Arab world is already on fire, with the conflicts in Syria, Iraq, Yemen and Libya all helping to destabilise the region - and all a factor in the rise of terrorism both at home and abroad. The last thing the world needs is a conflict that rips apart the only stable part of the Middle East.

As it stands now, the UAE and Saudi Arabia are laying siege to Qatar, in every meaning of the word. They have taken the country's 2.8 million residents hostage in a bid to force Sheikh Tamim and his government to succumb to their demands.

Even if Washington doesn't agree with Qatar's politics, it shouldn't allow this to happen, otherwise it will mean the end of international diplomacy and the ushering in of international thuggery.

- Jamal Elshayyal is an international award-winning senior correspondent for Al Jazeera English. he joined the channel in 2006 as part of its launch team and served as its first Middle East Editor. He covered a number of major stories including the 2011 uprisings in Egypt, Libya, Syria and Yemen. Some of his exclusive reports include uncovering secret documents from inside Gaddafi's intelligence HQ and uncovering torture and human rights abuses inside Egyptian prisons. Jamal was Al Jazeera's main reporter during the 2013 coup in Egypt, the 2014 coup in Yemen and the 2016 failed coup attempt in Turkey. He has interviewed several world leaders and has extensive access to major power players in the GCC and the MENA region. 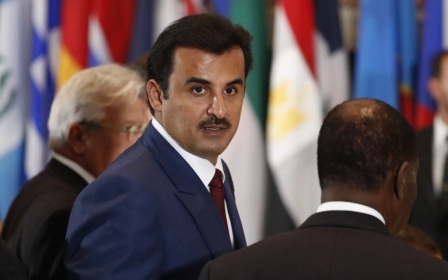 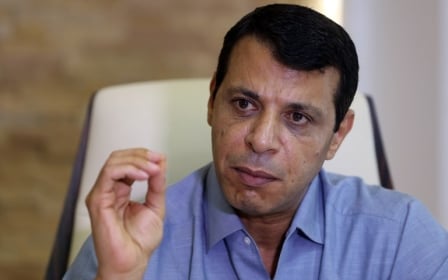 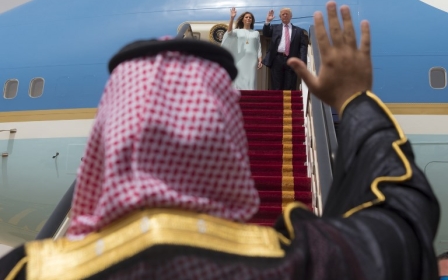