Rizwan Ahmad
As football fans flock to one of the biggest events in the sporting world, the host nation is highlighting its own Arab and Islamic heritage 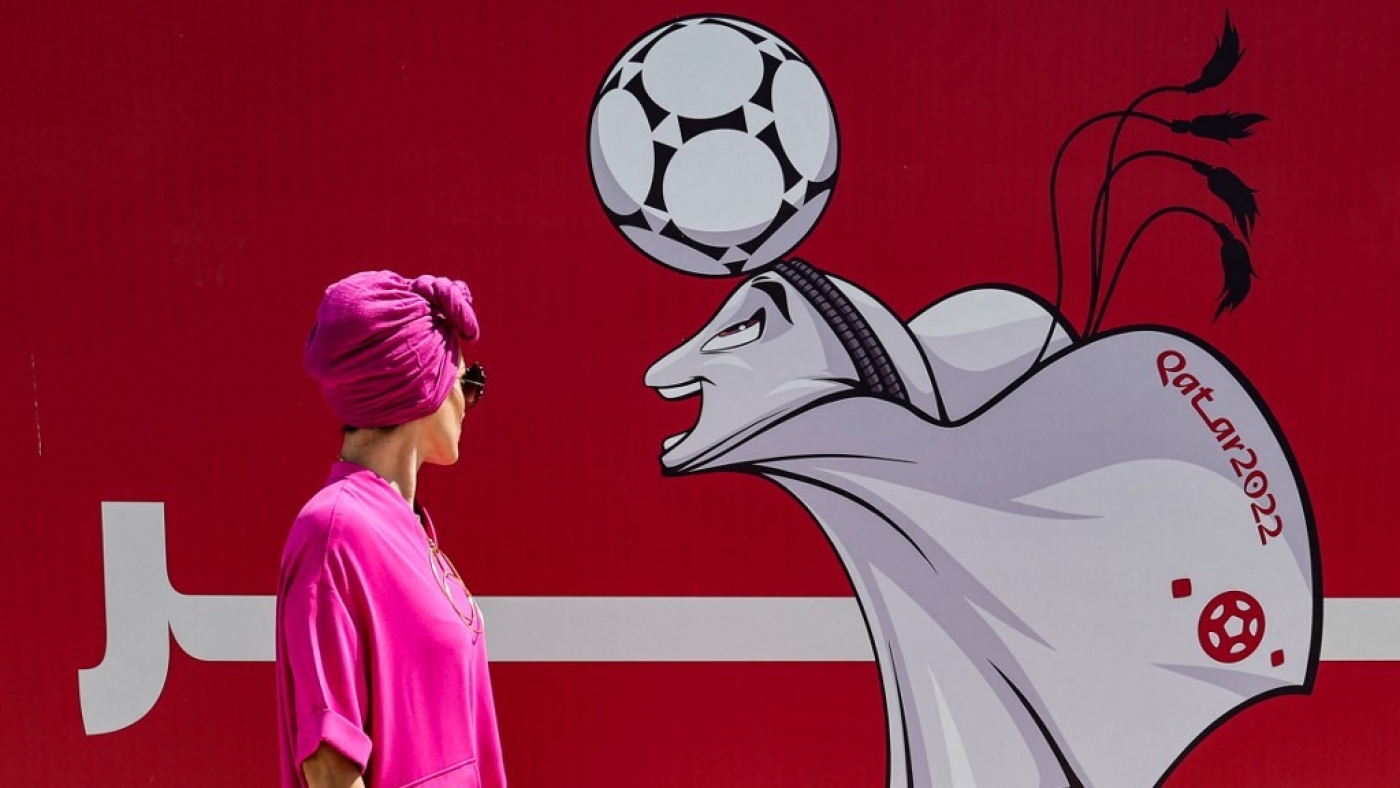 When Fifa earlier this year revealed the official World Cup mascot La’eeb, meaning “skilled player” in Arabic, I was struck as a linguist by his Arabic-accented English. His pronunciations of the letters “t”, “d” and “r” highlighted his Arab origins. La’eeb also switched from English to Arabic a few times in the introductory English video - a linguistic phenomenon typical of bilingual Arabic-English speakers.

La’eeb was inspired by the popular ghutra headgear, a historically rooted and powerful cultural symbol. But the cultural aspects of the Qatar World Cup go beyond the mascot: the designs and names of the stadiums are also firmly grounded in Arabic and Islamic architecture and heritage.

All are profoundly symbolic acts that assert the Qatari Arab identity, which many believe is threatened by the overwhelming numbers of non-nationals in the country, along with the cultural anxiety resulting from foreigners coming to this conservative land.

A paradox of sorts is stark here: a global event bringing diverse languages and cultures is also taken as a threat, whether actual or perceived, to Qatari heritage and identity. This anxiety about identity is evident from the official website of the Qatar World Cup 2022, which has a cultural awareness section. It opens with: “Qatar is a relatively conservative country - but extremely welcoming.”

The website gives a list of do's and don’ts that visitors should observe with regards to clothing, public displays of affection, consumption of alcohol, and photography. Such concerns for Qatari culture and heritage have been part of the public discourse for quite some time.

In 2014, the Qatar Centre for Voluntary Activities, a non-governmental organisation, launched a cultural awareness campaign called “Reflect Your Respect”, whereby leaflets were distributed among non-nationals with information about modest dressing in public. A similar poster resurfaced on social media last month, listing social behaviours that should be avoided. World Cup organisers were quick to clarify that it was not from an official source and contained false information.

Concerns over cultural identity emanate from the demographic imbalance in the Gulf Cooperation Council (GCC), a regional coalition of six oil- and gas-producing countries. A marked feature of the GCC is that non-nationals constitute just over half of the total population, outnumbering the local Arabic-speaking nationals.

In particular, the populations of foreign nationals in Qatar and the UAE are staggeringly high, with Arab nationals constituting less than 15 percent of the total population in each. Many Arabic newspapers often discuss the dangers that the presence of non-Arabs poses to Arabic language and culture. Concerns over identity and heritage are mentioned in the Qatar National Vision 2030 as one of the challenges facing the country.

In addition to the demographic imbalance, language, especially English, is perceived as a potential threat. Demographic diversity has led to a de facto adoption of English as a lingua franca among educated middle-class Arabs and non-Arabs. English has also been adopted as the language of primary/secondary and higher education, although there was a recent pushback against it at Qatar University.

Many advertisements for Qatari government agencies targeting international audiences are in English. The onboard safety video of Qatar Airways, featuring football stars such as Robert Lewandowski and Neymar, is produced using a native English accent, as is the airline’s video celebrating 25 years of achievements.

The Qatar World Cup will be the first event to bring a host of “foreign” languages and cultures to a country that has long been struggling to maintain a balance between its need for non-nationals to work on massive development projects, and the (perceived or real) fear of cultural decline.

All World Cup mascots have had certain messages. Willie the Lion was the mascot for the first World Cup hosted by the UK in 1966. He had the Union Jack flag at the centre of his shirt, representing British identity to the fans.

The 1970 World Cup in Mexico had Juanito, a child who represented the common Mexican football fan. The 1994 World Cup host, the US, chose a dog who wore a red, white and blue shirt emblazoned with “USA 94”. Zabivaka, meaning “goal scorer”, was the mascot of the 2018 World Cup hosted by Russia.

But while the symbolism of past mascots has tended to revolve around football, La’eeb goes beyond this, representing a complex cultural icon. The name, design and choice of accent symbolise Arab culture and identity. The word “La’eeb” contains a unique guttural Arabic sound, "ayn" (represented with the Arabic letter ع or with an apostrophe after the “a”).

Since the target audience of the introductory video is international, La’eeb doesn’t speak in Arabic, the official language of Qatar, but in English with an Arabic accent. His pronunciation of “t” in words such as “football” is dental, a carryover from Arabic. His “r” is quintessentially Arabic, produced by vibrating the tip of the tongue.

In the beginning of the video, La’eeb inserts the Qatari Arabic phrase “tadri ishlawn” (“you know how”) before explaining that he comes from a parallel universe known as the mascot-verse. What is striking is that the phrase is not even translated into English, reflecting the actual conversational patterns among bilingual Arabic-English speakers in Qatar and the Arab world. 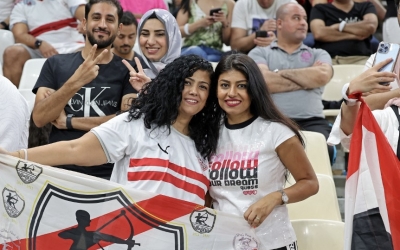 La’eeb’s shape and colour are inspired by the traditional white Arab ghutra, secured with an "egal", a black cord. In Arab culture, these two pieces of headgear have powerful cultural significance. Muntasir al-Hamad, the author of Gestures and Signs: Non-verbal Communication in the Qatari Culture, points out that while taking the egal off and raising it high signifies respect for a leader, not wearing it altogether is a symbol of mourning.

Wearing it around the neck is a symbol of loss of respect and dignity in society; thus, in a tribal court, someone accused of a crime is forced to wear it around his neck until he is proven innocent.

These subtle linguistic and cultural symbols are strengthened by the architectural design of the Qatari World Cup stadiums. Al-Bayt Stadium, which hosts the opening match between Qatar and Ecuador on 20 November, is modelled on the traditional Arabic tent, while Lusail Stadium, which will host the grand finale, is designed after bowls and other vessels used throughout the Arab and Islamic world. Al-Janoub Stadium is modelled after the dhow, a traditional boat used for pearl-diving and fishing.

As Qatar looks forward to welcoming football teams and fans from around the world, with their distinct languages and identities, to one of the largest international sporting events, it is ensuring that its own culture and identity are firmly anchored in the Qatari, Arabic and Islamic heritage. History will remember this World Cup for a variety of reasons; Qatar placing the accent on its heritage and identity will be one of them.

| Dr. Rizwan Ahmad
Dr. Rizwan Ahmad is an Associate Professor, Department of English Literature & Linguistics, Qatar University. In his research, he studies sociopolitical aspects of language in the Arabian Gulf and North India. 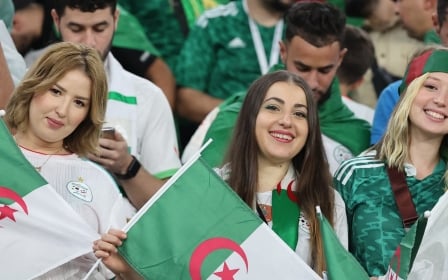 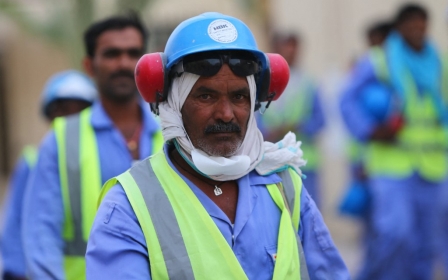 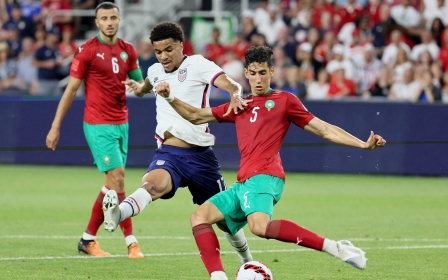