Mahan Abedin
The passing of the former president has seemingly united conservatives and reformists in grief, but under the surface, the old divisions fester on 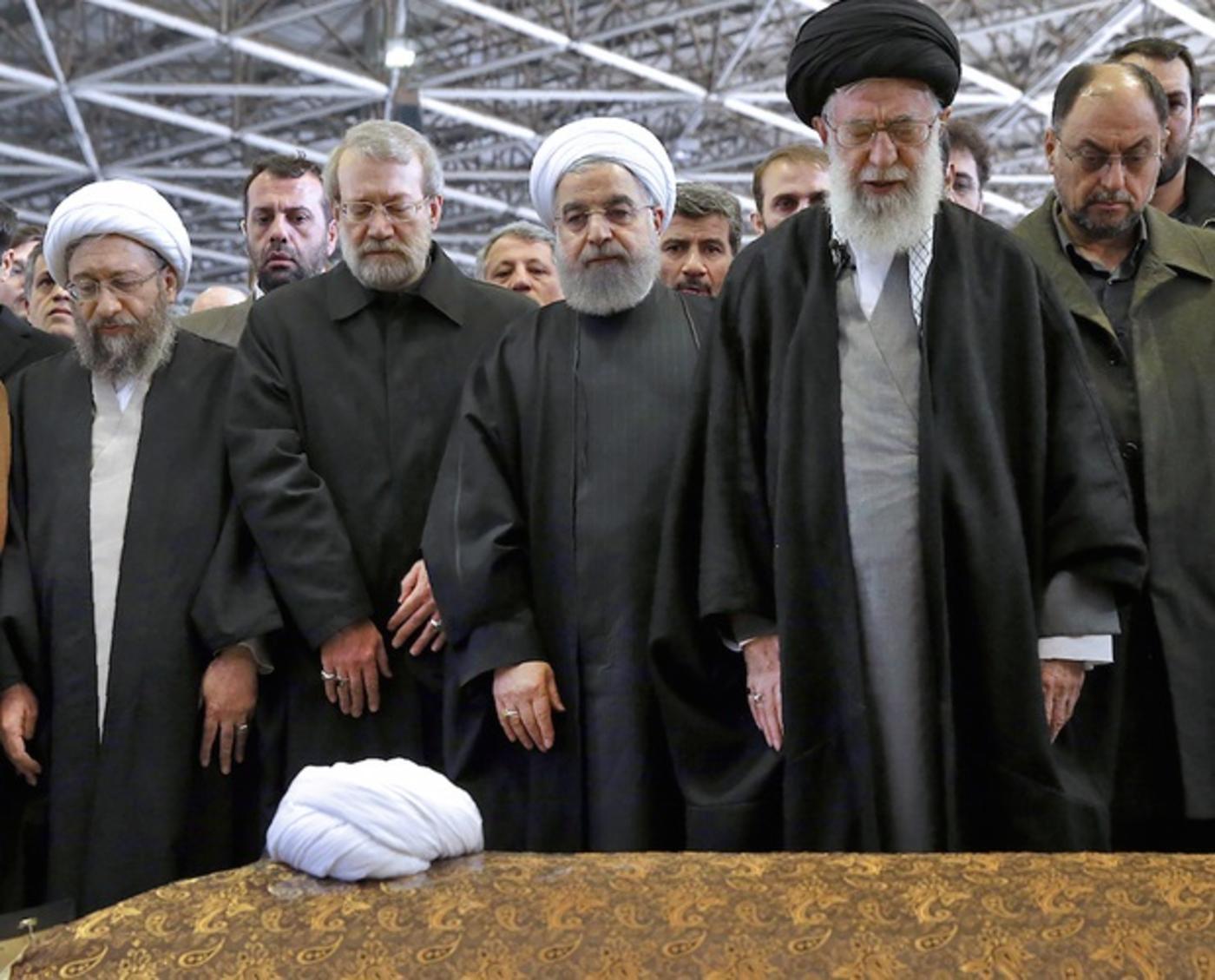 His death creates yet further distance from the heady days of the Iranian revolution and prepares the ground for the emergence of new political leaders. Although a controversial and divisive figure in life, in death Rafsanjani has, at least in the immediate term, generated an odd sense of unity in Iran’s deeply fractured political landscape.

The establishment, which for the past eight years had consistently sidelined Rafsanjani, has posthumously embraced him as a revolutionary leader and a partisan of the late Ayatollah Khomeini as well as Ayatollah Khamenei.

For their part, the reformists and allies of centrist President Hassan Rouhani claim Rafsanjani as their own and are apparently intent on posthumously elevating him to the status of a spiritual leader.

A shrewd politician with an outstanding ability to manipulate public opinion, even in death Rafsanjani continues to profit from the Iranian revolution.

For nearly two decades, Hashemi Rafsanjani rode the tiger of clerical supremacy in the Islamic Republic. As a highly influential speaker of the Majlis (parliament) in the 1980s and later, as commander of the armed forces during the closing stages of the Iran-Iraq War, Rafsanjani was widely recognised as the second most powerful man during the turbulent decade of the 1980s.

His power and influence continued into the 1990s when he served two terms as president and was initially instrumental in consolidating the position of the new supreme leader Ali Khamenei who succeeded Khomeini in 1989.

The relationship between these two men formed the dialectic of power in the Islamic Republic. For a brief period in the early 1990s, Rafsanjani had the upper hand with the leader and the bulk of Islamic Republic loyalists consigned to the role of opposition in Rafsanjani’s court.

The extent of Rafsanjani’s influence can be gleaned by the popular nickname of Akbar Shah, signifying that in the court of public opinion, the wily cleric had acquired the aura – if not the actual power - of an Iranian monarch.

But this heyday was short-lived. Two developments brought Rafsanjani’s ascendancy to an end. First, the dialectic of power at the very top of the Islamic Republic had, by the mid-1990s, decisively and irreversibly swung in favour of Ayatollah Khamenei. Second, at a grassroots level, the rise of reformists in the 1990s eclipsed Rafsanjani’s technocratic approach to economic reform.

The reformists who had rallied round former president Mohammad Khatami traced their political genealogy to the original left wing of the Islamic Republic. Socialists by instinct and political persuasion, the reformists had adopted the discourse of democracy as the most effective means of puncturing the conservative establishment’s hold over the country.

The emergence of the reformist movement as a centre of power in the Islamic Republic dramatically shifted the political battle lines from a relatively mild contest between technocrats and conservatives to a fierce ideological conflict between reformists (Eslah Talaban) and principlists (Osoolgerayan).

This conflict culminated in the post-election protests and riots of June 2009 which resulted in the definitive defeat of the reform movement both at street and political levels.

Contrary to their current opportunistic positioning, the reformists were originally fiercely opposed to Hashemi Rafsanjani and used their influential position in the press in the late 1990s to consistently assassinate his character by apportioning all manner of blame on the former president, ranging from mismanagement of the Iran-Iraq War to complicity in the murder of dissidents.

At the heart of it, the reformist hatred of Rafsanjani was driven by widely divergent visions of economic reform. Rafsanjani’s neoliberal economic ethos extended to embracing the so-called Chinese model of reform, where economic liberalisation trumped political openings. By contrast, the reformists favoured political and cultural breakthroughs with a view to developing a more socialist economy.

The sight of establishment stalwarts, led by the leader Ayatollah Khamenei, standing side by side with centrist and reformist figured next to Rafsanjani’s coffin speaks to a momentary feeling of unity in the Islamic Republic.

It would be too cynical to dismiss the element of grief altogether; Rafsanjani, after all, was a foundational revolutionary figure who used his extraordinary talents to consolidate the newly established Islamic Republic. To that end, Rafsanjani had a strong bond with Ayatollah Khamenei stretching six decades. His passing is genuinely mourned at the highest reaches of the state.

Yet there is an unmistakable air of theatre and opportunism in the apparent alacrity by opposing factions to instrumentalise Rafsanjani’s funeral for their own political ends.

This opportunism in part reflects the political dexterity of the deceased, who prided himself in his intra-factional troubleshooting skills and who, in the post-2009 political climate, tried to re-invent himself as a man of the people by aligning with the so-called Green movement.

At an immediate practical level, Rafsanjani’s demise may be interpreted as a psychological blow to President Rouhani as he prepares to contest presidential elections in four months. But the effects are neither deep, nor long lasting. Rafsanjani had long lost real influence in the system.

As for Rafsanjani’s legacy, it appears that leading reformists and centrists are determined to transform him into an icon of reform and resistance. This narrative is unlikely to take hold not least because Rafsanjani was a not a reformist and his apparent turn toward the people was qualified and half-hearted at best.

In keeping with his balancing approach, Rafsanjani had until the very end tried his hardest to stay on good terms with the establishment.